Accessibility links
Civil Rights Activists Arrested For Protest Over Jeff Sessions As Attorney General : The Two-Way Activists with the NAACP staged a sit-in at the senator's office in Mobile, Ala, criticizing his record on voting rights, among other things. Some of the protesters were arrested. 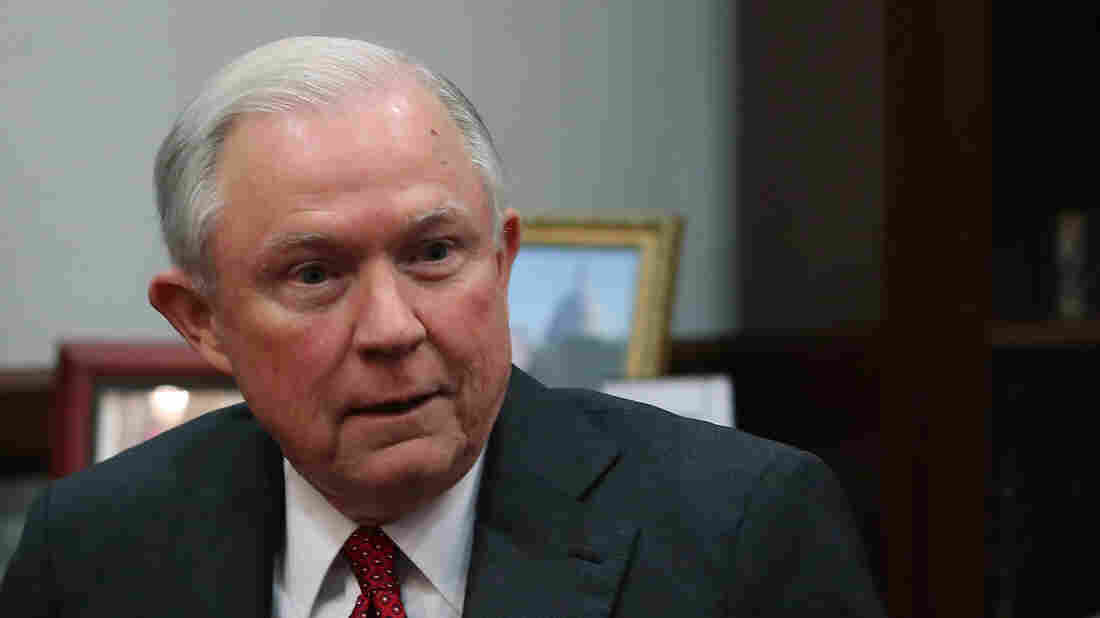 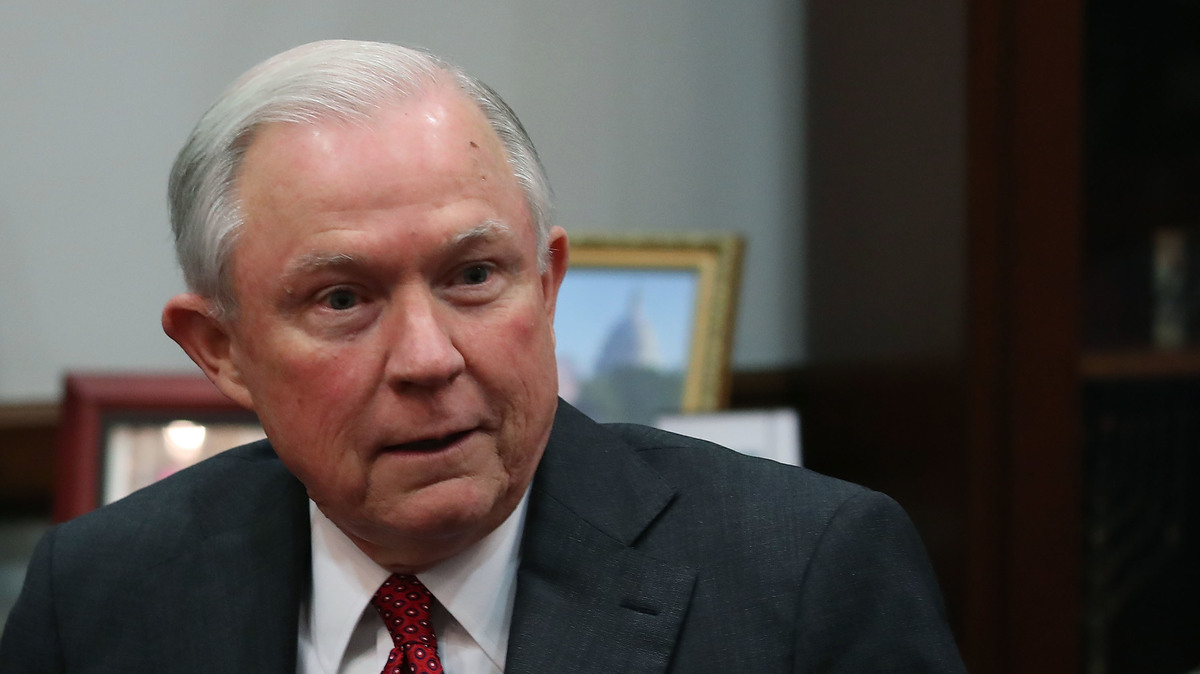 Several civil rights activists were arrested Tuesday night for staging a sit-in at Sen. Jeff Sessions' office in Mobile, Ala., to protest his nomination as U.S. attorney general.

The sit-in was staged by the NAACP and portions were broadcast live online. The NAACP has sharply criticized Sessions' record on civil rights, voting rights and criminal justice reform.

Six of the activists were apparently arrested, including NAACP President and CEO Cornell William Brooks.

After the @jeffsessions sit-in, these mugshots aren't pretty but they're pictures of @NAACP determination. #RestoreTheVRA & #stopsessions pic.twitter.com/QWnReXQnLn

The NAACP highlighted Sessions' history with voting rights as a major factor in the protest. Brooks told The Associated Press that Sessions "does not acknowledge the reality of voter suppression while mouthing faith in the myth of voter fraud."

He also noted that Sessions once prosecuted civil rights activists on charges of voter fraud. As NPR's Nina Totenberg has reported, those charges were dismissed by a jury, and civil rights groups described the prosecution as attempted intimidation of black voters.

The NAACP cited Sessions' "record of racially offensive remarks and behavior" as another reason the group objects to his nomination.

As Nina explained in November, Sessions was nominated for a federal judgeship in the '80s. He was rejected by a Republican-controlled Senate after he acknowledged having made racially insensitive remarks and calling several civil rights groups — including the NAACP — "un-American." He later denied making some of the remarks, which "seemed to add a credibility problem to his troubles," Nina wrote.

After making public statements objecting to Sessions' nomination, the NAACP turned to civil disobedience. Brooks tweeted on Tuesday that the activists with him in Mobile were prepared to be arrested for their protest.

The @NAACP & @AlabamaNAACP are occupying the Mobile office of @jeffsessions--untill he withdraws as a AG nominee or we're arrested.@tvonetv pic.twitter.com/7uceDDpz1Y

The sit-in began on Tuesday morning at Sessions' office in Mobile, Ala., the AP reports:

"Demonstrators refused a request by the manager of the building — which includes several other tenants in addition to Sessions — to leave when the building closed for the day at 6 p.m. Police could be seen on video footage ... handcuffing the six protesters and [escorting] them to a police van.

" 'We all are aware of the laws of trespass. We are engaging in a voluntary act of civil disobedience,' Brooks told the officers who arrived at the scene."

AL.com reports that "according to Mobile County jail records all six of the arrested members have been charged with second-degree criminal trespassing."

The sit-in was part of a statewide protest against Sessions, Kyle Gassiott of Troy Public Radio reports for NPR.

"Sessions has five offices in cities across the state, including Birmingham, Montgomery, and Mobile, and at each of the five locations members of the NAACP held press conferences protesting his nomination for attorney general," Gassiott says.

Sessions was in Washington, D.C., as the protests in Alabama were unfolding, the AP writes.

A spokeswoman for Sessions said in a statement that "false portrayals" of Sessions "will fail as tired, recycled, hyperbolic charges that have been thoroughly rebuked and discredited," the AP reports.

"Nothing in Senator Sessions' public life since 1986 has convinced us that he is a different man than the 39-year-old attorney who was deemed too racially insensitive to be a federal district court judge," the professors write, citing his prosecution of civil rights activists and "consistent promotion of the myth of voter-impersonation fraud," among other things.

"All of us believe it is unacceptable for someone with Senator Sessions' record to lead the Department of Justice," they write.

Sessions' former chief counsel, who is black, told The Washington Post that the "smear campaign" accusing Sessions of racial insensitivity needs to stop.