Accessibility links
More Than 150 Inmates Escape After Attack On Jail In Philippines : The Two-Way Authorities suspect that the attackers, who the BBC reports were armed with rocket propelled grenades and sniper rifles, might be linked to Islamist separatist groups.

More Than 150 Inmates Escape After Attack On Jail In Philippines

More Than 150 Inmates Escape After Attack On Jail In Philippines 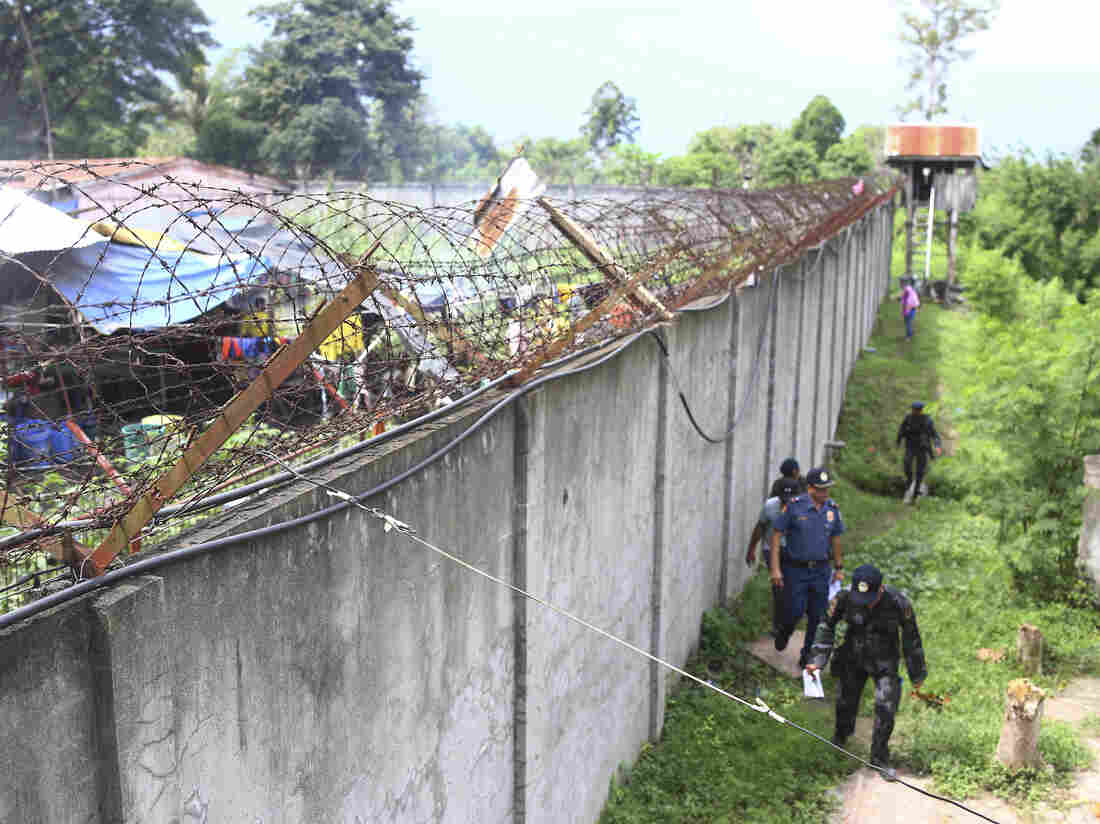 Police officers patrol outside the walls of the North Cotabato District Jail in the Philippines after a mass escape early Wednesday. AP hide caption 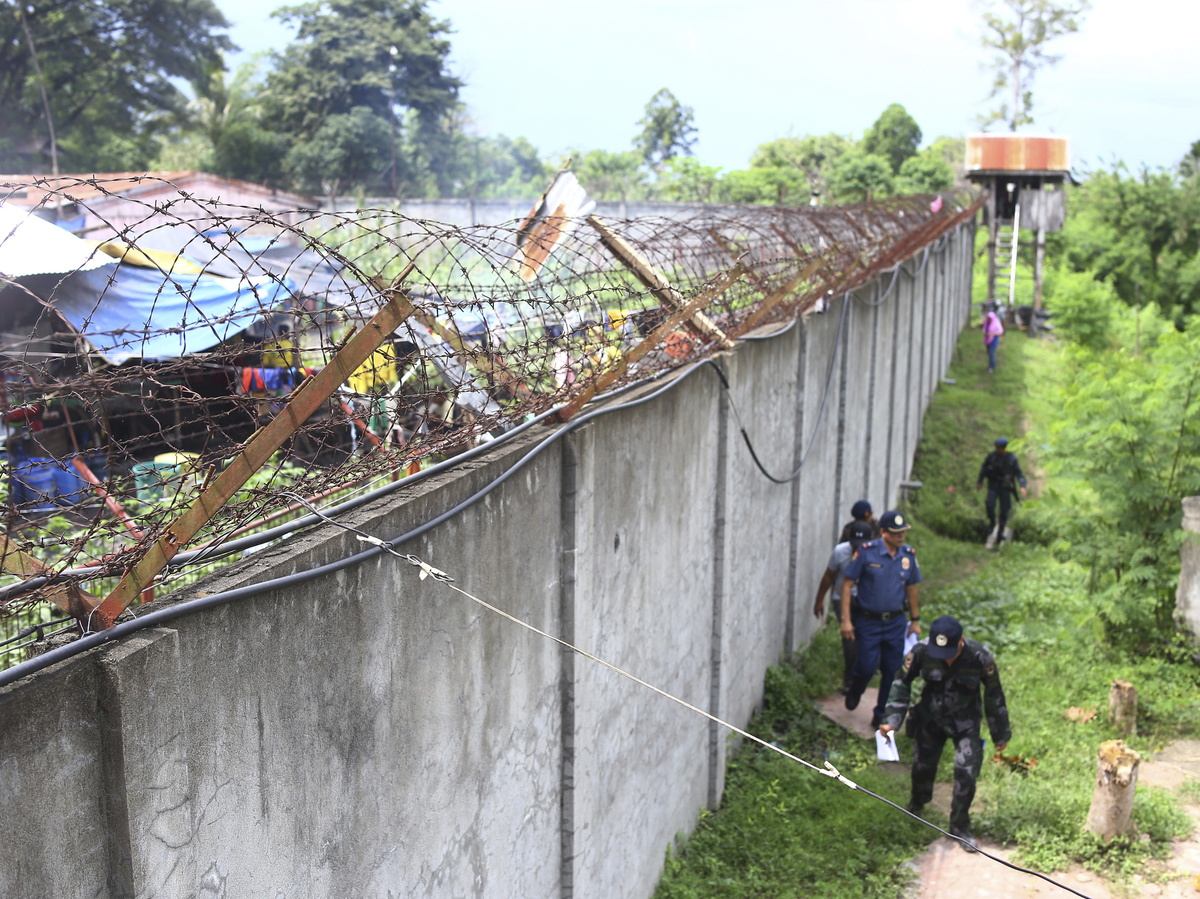 Police officers patrol outside the walls of the North Cotabato District Jail in the Philippines after a mass escape early Wednesday.

Armed men reportedly attacked a jail in the Philippines, killing a guard and allowing more than 150 prisoners to escape.

The attack took place at the North Cotabato District Jail in Kidapawan, a city on the island of Mindanao, just after 1 a.m. local time on Wednesday, according to the BBC. It added that "authorities suspect the gunmen are linked to Islamist separatist groups."

English-language newspaper The Philippine Star reported that the strike was carefully planned:

"Superintendent Peter Bungat, provincial jail warden, said the attack began with a power outage that plunged the facility into darkness, followed by heavy gunfire aimed at the buildings inside its fenced compound.

"Bungat said one of his subordinates, Jail Officer 1 Hexel Rey Desibo, was killed in the ensuing encounter with the gunmen who attacked from the rear of the jail compound. 'It was not a jailbreak. It was a planned rescue of certain detainees,' he said."

The BBC noted that the 100 or so attackers were "armed with rocket propelled grenades and snipers' rifles," and far outnumbered the jail staff of around 20 people. The broadcaster added:

"In the chaos following the attack, 158 prisoners were able to put a ladder against a back wall and escape. Many of the 1500 inmates at the jail are linked to the various Islamic insurgent group in Mindanao. The authorities are already blaming the attack on the Bangsamoro Islamic Freedom Fighters, a hard-line faction which has refused to join the protracted peace talks with the central government."

A spokesman for the Bangsamoro Islamic Freedom Fighters denied the group was involved in the attack, according to the Star.

The assault was the third in 10 years at the Cotabato jail, the newspaper said.

Philippine President Rodrigo Duterte, whose war on drugs has led to the deaths of thousands of people, hasn't yet publicly commented on the attack and mass escape.