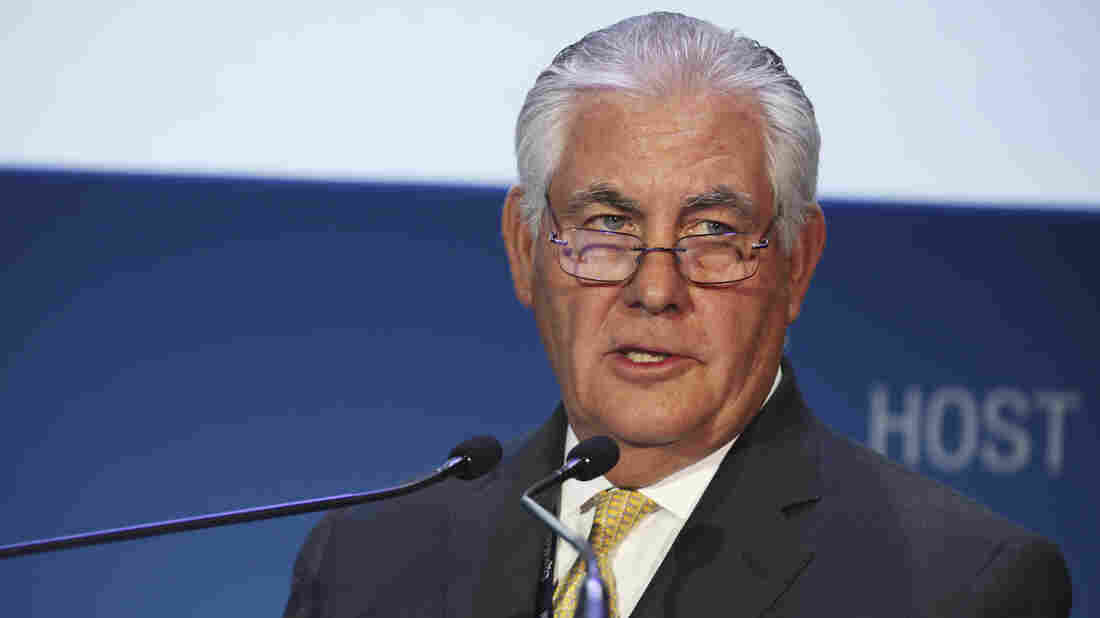 Former Exxon Mobil Chairman and CEO Rex Tillerson will give up about $7 million compared with what he would have received had he retired in March as planned. His confirmation hearings for secretary of state are tentatively set to begin Jan. 11. Jon Gambrell/AP hide caption 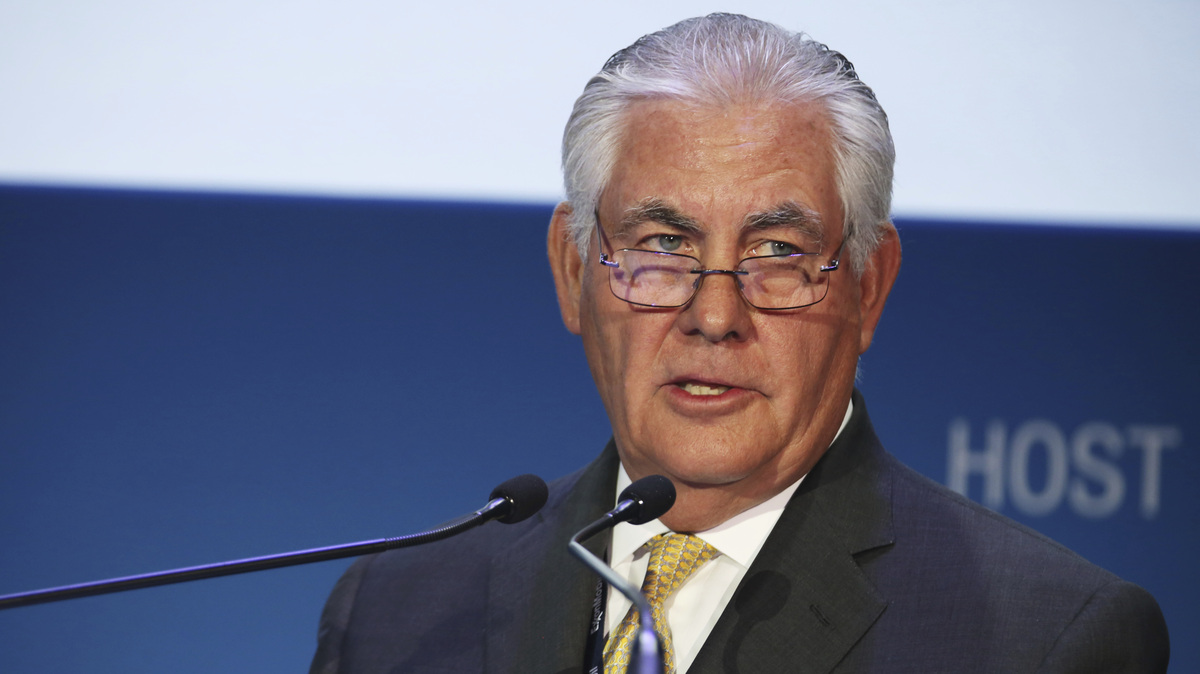 Former Exxon Mobil Chairman and CEO Rex Tillerson will give up about $7 million compared with what he would have received had he retired in March as planned. His confirmation hearings for secretary of state are tentatively set to begin Jan. 11.

Rex Tillerson, President-elect Donald Trump's nominee for U.S. secretary of state, is severing his ties with Exxon Mobil. The former chairman and CEO is in line to receive a $180 million retirement package.

Tillerson, who has spent his entire career at Exxon, would have reached mandatory retirement age in March. The company announced that it will pay him in cash for the more than 2 million shares he would have received over the next 10 years and that the money will be transferred to an independently managed trust.

If confirmed as secretary of state, Tillerson also has committed to sell the more than 600,000 Exxon shares he currently owns. The deal means he will give up about $7 million dollars, compared with what he would have received had he retired in March as planned.

The deal was worked out to comply with federal ethics rules. Tillerson has promised not to return to the oil and gas industry for 10 years. If he violates the agreement, he would forfeit all the money in the trust, which would be given away to charities chosen by the trust manager. All this is meant to reassure senators that Tillerson would not be unduly influenced by Exxon Mobil if he were to become America's top diplomat.

He still has an uphill battle for confirmation.

Democrats have yet to agree on confirmation hearings tentatively set for Jan. 11, and senators on both sides of the aisle will likely question Tillerson about his close relationship with Russian President Vladimir Putin. As Exxon Mobil CEO, he was opposed to U.S. sanctions on Russia, which got in the way of his company's project with Russian energy company Rosneft to drill in the Arctic.

Tillerson met Wednesday with the ranking Democrat on the Senate Foreign Relations Committee, Ben Cardin, who has been an outspoken critic of Russia and a supporter of sanctions. The Maryland senator said he had a "candid" discussion with Tillerson.

"Russia is not a friend of the United States," Cardin told reporters outside his office, saying he thinks "that is a strong bipartisan message you will hear during the confirmation process."

Cardin also said he didn't have time to review Tillerson's divestment and ethics plan before the meeting and that he still wants to see three years of his tax returns.

Senate Foreign Relations Committee Chairman Bob Corker, R-Tenn., has argued that there's no need for that. He said the agreement that Exxon Mobil's board reached with Tillerson to comply with conflict of interest requirements is "all tidied up and done."

Sens. Marco Rubio and John McCain, both Republican members of the foreign relations committee, also have expressed concerns about Tillerson's views on Russia.