Accessibility links
French Court Convicts English Soccer Fans Of 'Racist Violence' : The Two-Way In February 2015, a group of Chelsea football club supporters were caught on video pushing a black man off a crowded Paris metro as fans shouted, "We're racist and that's the way we like it." 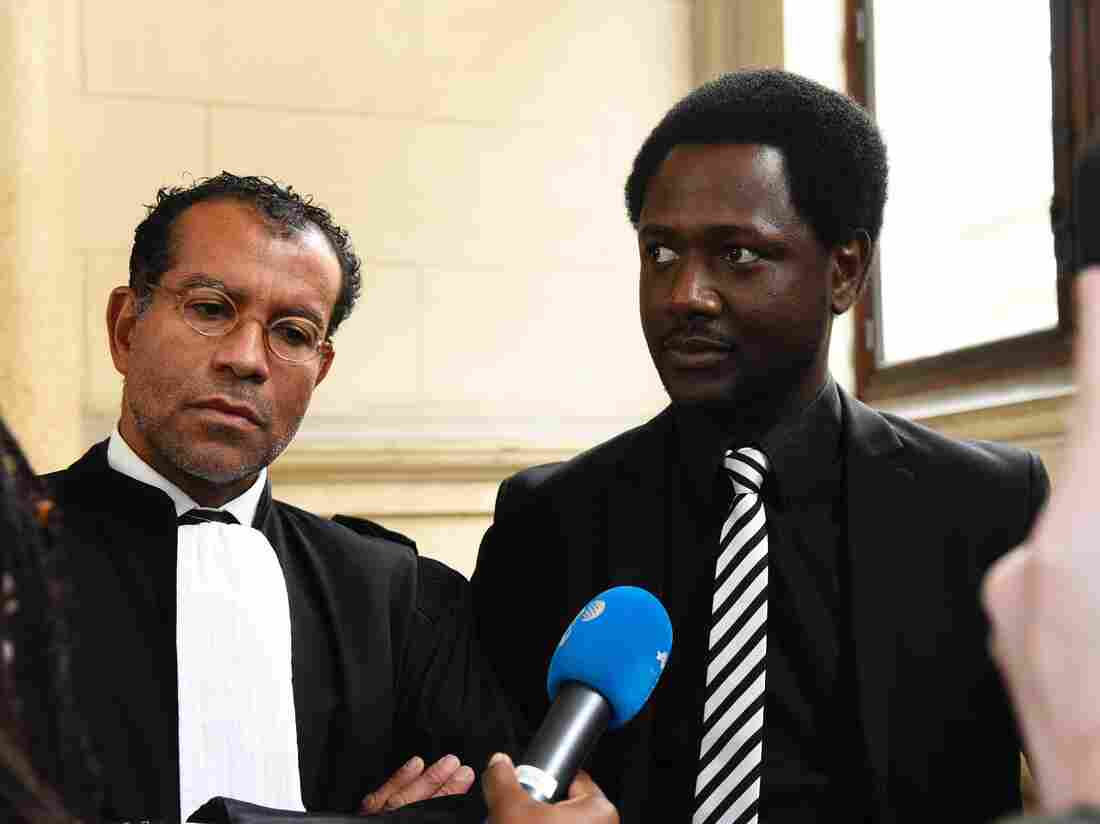 Souleymane Sylla (right) with his lawyer in Paris on Tuesday during the trial of the four British men accused of racist violence towards him in February 2015. Bertrand Guay/AFP/Getty Images hide caption 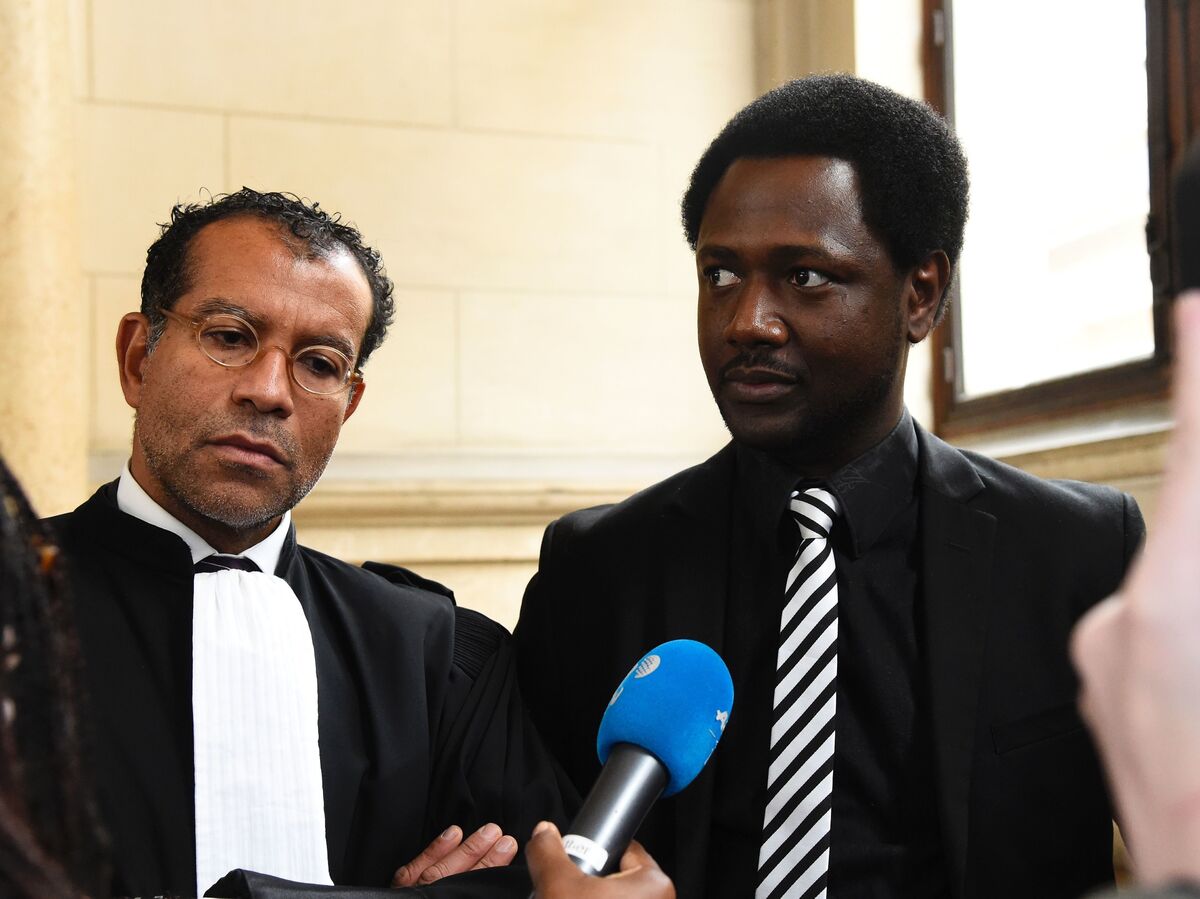 Souleymane Sylla (right) with his lawyer in Paris on Tuesday during the trial of the four British men accused of racist violence towards him in February 2015.

A French court has convicted four British men of racist violence for pushing a black man off the Paris metro as fans chanted, "We're racist, we're racist, and that's the way we like it."

The incident, which was caught on video by a bystander, happened in February 2015. In the video, a group of Chelsea football club supporters can be seen repeatedly shoving a black man off a crowded metro train as he tries to board.

The video went viral, and as the Two-Way reported, prompted Chelsea to suspend the fans from attending games.

NPR's Eleanor Beardsley reported that on Tuesday a French judge "convicted four men and handed down suspended prison sentences and fines." She said, "Only two of the men showed up for their trial. They denied uttering racist slurs but said they had been drinking. The others were convicted in absentia."

Eleanor reported that the victim, Souleyman Sylla, said on French radio that bringing the men to justice was important.

"They needed to know they hurt a family man and that this incident really traumatized my children," he said. The Guardian reported that Sylla told the court "his life had been 'shaken up' by the violence" and that "he had had to stop work for different periods, did not use the metro for nine months and had been on medication."

The Guardian wrote that the four men were ordered to pay Sylla a total of €10,000 (about $10,500), adding: "The French state prosecutor said the trial was a defining moment in anti-racism cases and a 'clear-cut example' of racism: it was rare to have such an unabashed violently racist incident that was brazenly accompanied by the chanting seen in the video footage."

The four men — Joshua Parsons, James Fairbairn, William Simpson and Richard Barklie — have all denied they were in any way racially motivated. Parsons, who admitted he pushed Sylla, said he had been drinking before Chelsea's match against Paris Saint Germain but that the "we're racist, we're racist and that's the way we like it" chant came from a different metro car, the Guardian wrote.

Chelsea has since issued lifetime bans for all four men.