Accessibility links
More Than 100 People Injured In New York Train Crash : The Two-Way A crowded commuter train smashed into a bumper block and partly derailed as it pulled into Brooklyn's Atlantic Terminal on Wednesday morning. The injuries reported so far have been largely minor. 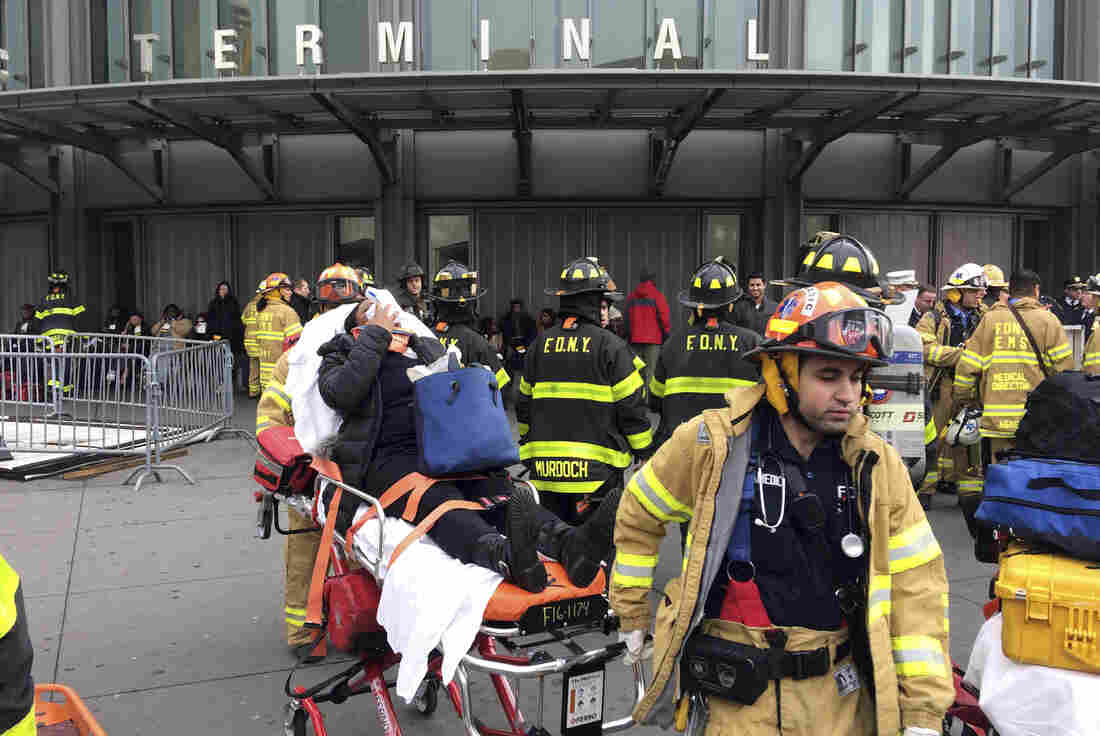 An injured passenger is taken from the Atlantic Terminal in Brooklyn on Wednesday after a Long Island Rail Road train hit a bumping block. Mark Lennihan/AP hide caption 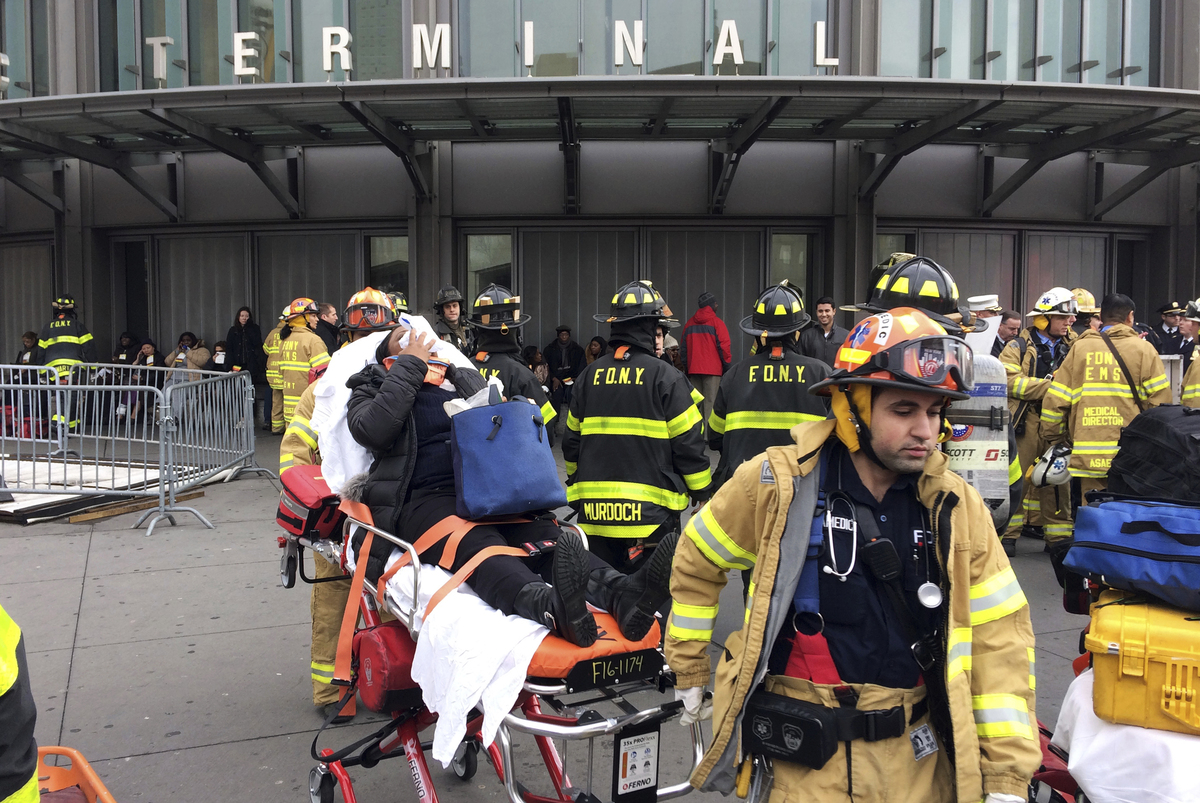 An injured passenger is taken from the Atlantic Terminal in Brooklyn on Wednesday after a Long Island Rail Road train hit a bumping block.

A crowded commuter train crashed into a bumper block and partially derailed as it pulled into Brooklyn's Atlantic Terminal on Wednesday morning, according to N.Y. officials. The FDNY says at least 103 people sustained non-life-threatening injuries.

"It appears that the train was heading into the station, at 10 or 15 miles per hour, and did not stop," WNYC's Stephen Nessen tells our Newscast unit. "It hit a bumper block; the front two cars were lifted off the tracks. One of the rails actually pierced the bottom of the front car."

The crash happened during peak morning commuting time, when between 600 and 700 people were on the Long Island Rail Road train originating from Far Rockaway, Queens, Nessen adds.

The @LIRR train was supposed to stop at a bumper & didn't, but glad to report there were no deaths; the most serious injury was a broken leg

The injuries reported so far have been largely minor: WNYC reports that the most serious is a broken leg.

The chairman of the Metropolitan Transportation Authority, Thomas F. Prendergast, told the Times that most of the injuries were sustained when the train "came to an abrupt stop after crashing into the bumper block at the end of the track."

Nessen says it's still unclear what caused the train to crash: "Trains pulling into the station do automatically slow down but it is up to the conductor to hit the brake finally for the train to stop and in this case, it appears that didn't happen. Investigators are still looking into what happened."

Prendergast also suggested that responsibility may lie with the train's conductor. "At that speed, it's pretty much the locomotive engineer's responsibility to stop the train," he said, according to Reuters.

Gov. Andrew Cuomo told reporters at the scene that it could have been worse. The crash is drawing comparisons to September's train crash in the nearby Hoboken Terminal in New Jersey, which killed one person and injured more than 100 others. The Times quotes Cuomo as saying that the train in the Hoboken crash "was coming in much faster, did much more damage, hurt many more people."