Accessibility links
Fires, Floods And Earthquakes: New Report Finds 2016 Was Particularly Disastrous : The Two-Way Last year sometimes felt like one natural catastrophe after another. Now, reinsurer Munich Re says there were some 750 natural disasters, suggesting it was a particularly bad year. 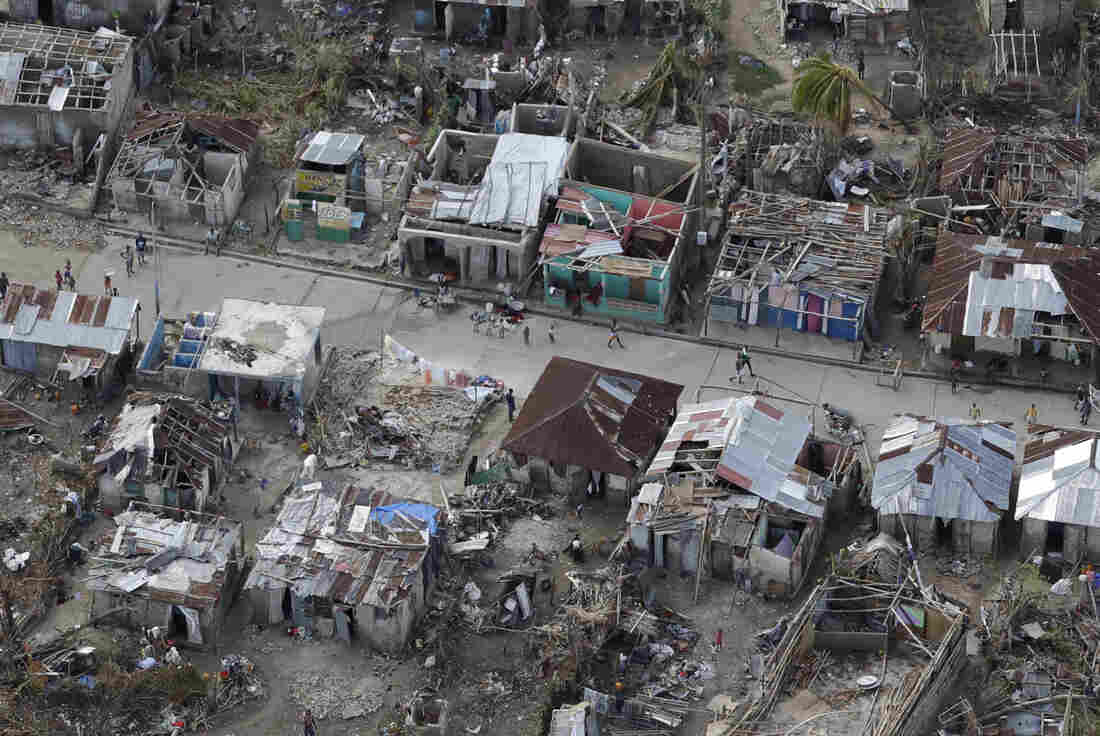 These houses in southwestern Haiti were damaged or destroyed by Hurricane Matthew in October. Matthew was the most serious natural catastrophe in North America in 2016. Rebecca Blackwell/AP hide caption 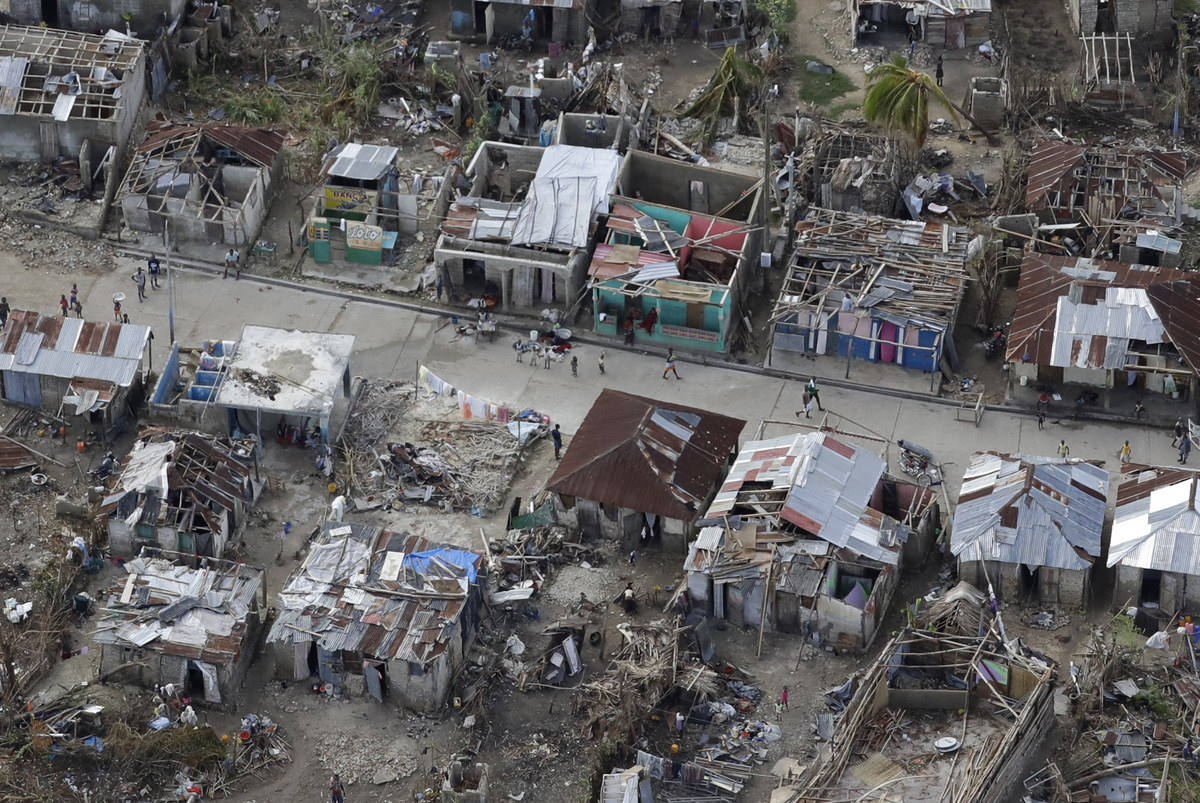 These houses in southwestern Haiti were damaged or destroyed by Hurricane Matthew in October. Matthew was the most serious natural catastrophe in North America in 2016.

Hurricane Matthew. The earthquake in Japan. Flooding in the Deep South, China and Europe. Wildfires in Canada.

Last year sometimes felt like one natural catastrophe after another. Now, new figures from reinsurer Munich Re suggest that it was indeed a particularly bad year.

Natural catastrophes caused the highest losses worldwide in the last four years, at $175 billion, Munich Re said. It recorded some 750 events globally, including "earthquakes, storms, floods, droughts and heatwaves." The reinsurer added that about 30 percent of those losses were insured.

Globally, the costliest single event was the devastating earthquake on the Japanese island of Kyushu, at $31 billion. Here's the breakdown of the five most costly disasters worldwide:

An infographic showing the five costliest natural catastrophes of 2016. Munich Re hide caption

In North America, the most devastating disaster was Hurricane Matthew, which killed hundreds of people, mostly in Haiti. The catastrophe caused some $10.2 billion in damage, Munich Re said.

The report described an "exceptional" number of flood events, such as swollen rivers and flash floods. Such disasters made up 34 percent of all losses, compared with an average of 21 percent over the past 10 years.

"Of course, individual events themselves can never be attributed directly to climate change. But there are now many indications that certain events — such as persistent weather systems or storms bringing torrential rains – are more likely to occur in certain regions as a result of climate change."

However, the new report does contain some good news: While 2016 had a high number of distinct events, it had a lower than average number of lives lost because of natural catastrophes.