Accessibility links
U.S. Defeats Canada To Win Hockey World Junior Championship : The Two-Way The Americans bested the Canadians in a shootout. They won their semifinal match against Russia in a shootout as well, thanks to three goals from 19-year-old Troy Terry. 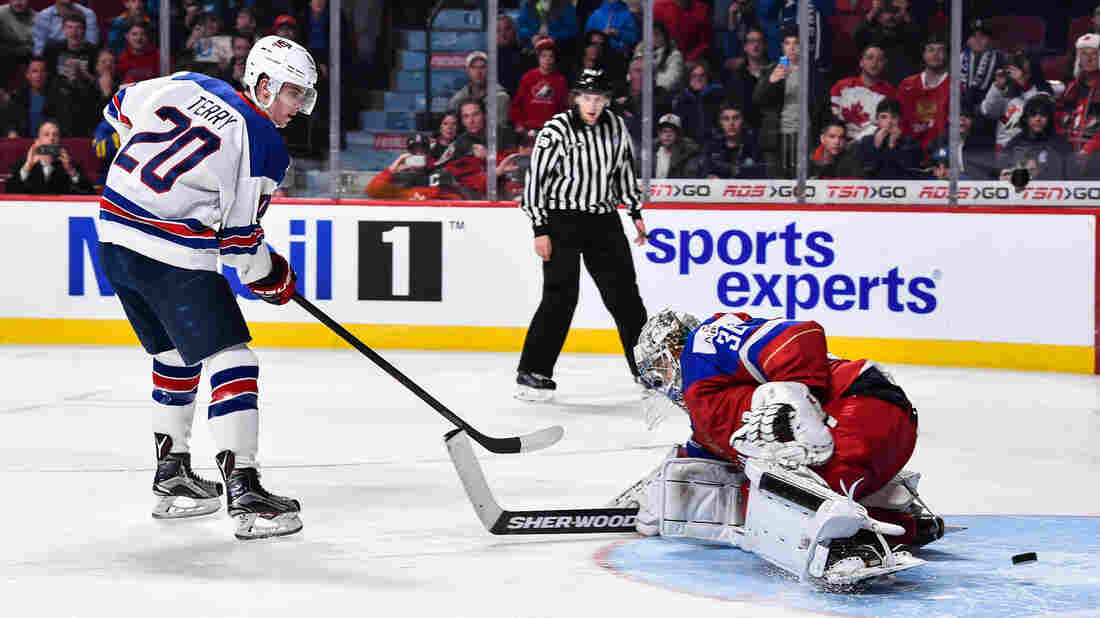 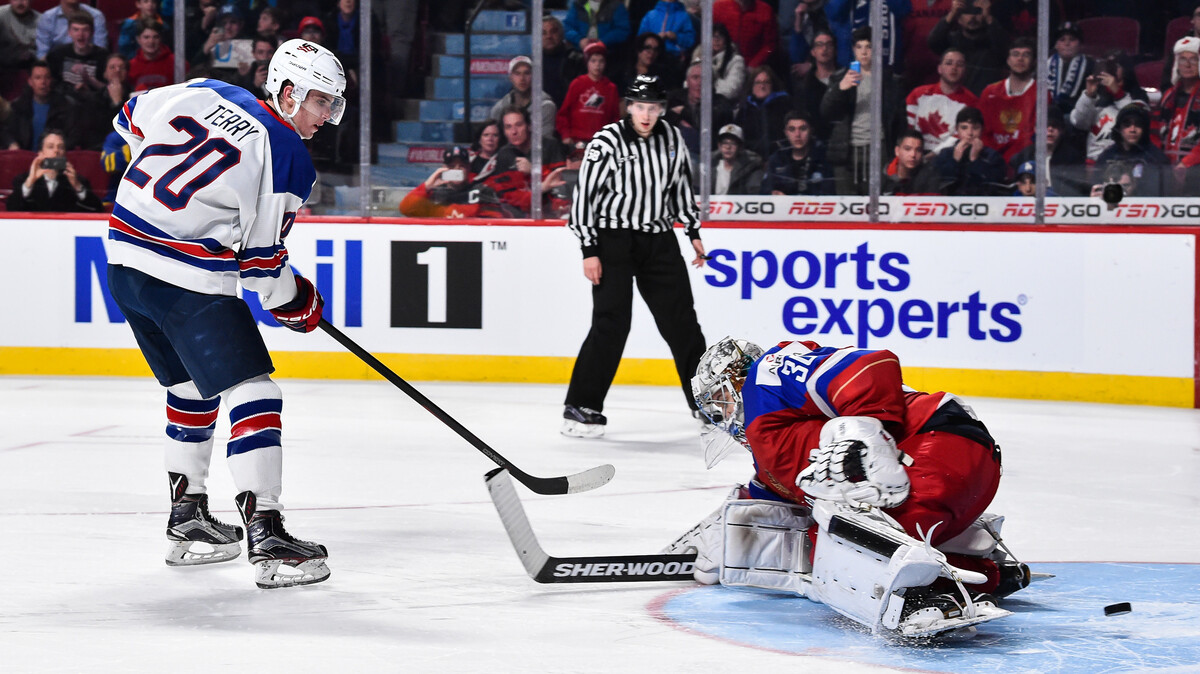 The U.S. beat Canada 5-4 in the gold medal match of the IIHF World Junior Championship on Thursday night in Montreal. The Americans twice rallied from two-goal deficits to force a decisive shootout. U.S. goaltender Tyler Parsons saved all five of Canada's shootout attempts, while U.S. forward Troy Terry scored the game-winner for the second night in a row.

It was the Americans' first win over the Russians in an elimination round in the tournament's history. They had been 0-7.

Tied at 3-3 at the end of regulation and through overtime, the game went to a dramatic penalty shootout that saw the crowning of a new American hockey hero: 19-year-old Troy Terry. The University of Denver sophomore and Anaheim Ducks prospect scored three goals, including the game-winner in the seventh round.

"If you would have told me before the game that I would be the guy going multiple times in a shootout I would not have believed you," Terry said, per USA Today Sports.

According to International Ice Hockey Federation rules, a player can shoot again after all the players in the five-player shootout rotation have shot. In the initial five rounds, Terry and teammate Jeremy Bracco scored, and U.S. goalie Tyler Parsons made three saves. In the extra two rounds, Terry scored twice more.

Man, that sucks for Russia, who will have to look for North American wins elsewhere

The feat earned comparisons to T.J. Oshie's shootout performance in the 2014 Sochi Olympics when he scored on four of six attempts to beat Russia in group play. It also recalled Canadian Jonathan Toews' three shootout goals in the 2007 World Junior Championship semifinal, which knocked the U.S. out of contention.

And, of course, any time the U.S. tops Russia in hockey, there is inevitably a mention of the iconic Miracle on Ice game in which a young U.S. team downed the mighty Soviet Union squad in the 1980 Olympics. In the intervening years, the superpowers' hockey rivalry has faded. As The Washington Post's Dave Sheinen wrote in 2014: "The hard edges of the U.S.-Russia rivalry have been softened by time, shifting geopolitical circumstances and the ubiquitous presence of Russians in the NHL, among other factors."

In the 2017 tournament, developments in U.S.-Russia foreign relations — specifically U.S. intelligence concluding that the Russian government interfered in the presidential election — added a small but noticeable wrinkle to the rivalry, as some wryly pointed out on social media:

In Thursday night's gold medal match, the U.S. will face Canada, which beat Sweden 5-2 on Wednesday night. As the Associated Press reports, "The United States and Canada have met three times for the title, with Canada winning in 1997 and the Americans in 2004 and 2010. Canada won the last of its record 16 titles in 2015." The U.S. beat Canada 3-1 earlier in the tournament.

The game starts at 8 p.m. ET and will be televised on the NHL Network.