Accessibility links
U.S. Likely To Become Net Exporter Of Energy, Says Federal Forecast : The Two-Way The Energy Information Administration reports the shift will probably happen by 2030, and it credits domestic natural gas production. The agency says it is watching variables such as new technology. 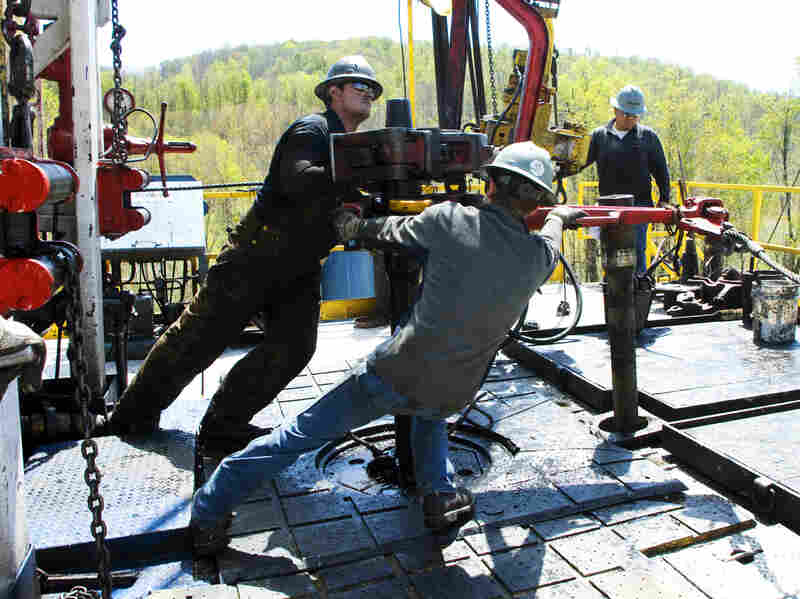 Workers move equipment at a natural gas well site near Burlington, Pa., in 2010. A federal report said Thursday natural gas production is on track to make the U.S. a net exporter of energy by about 2030. Ralph Wilson/AP hide caption 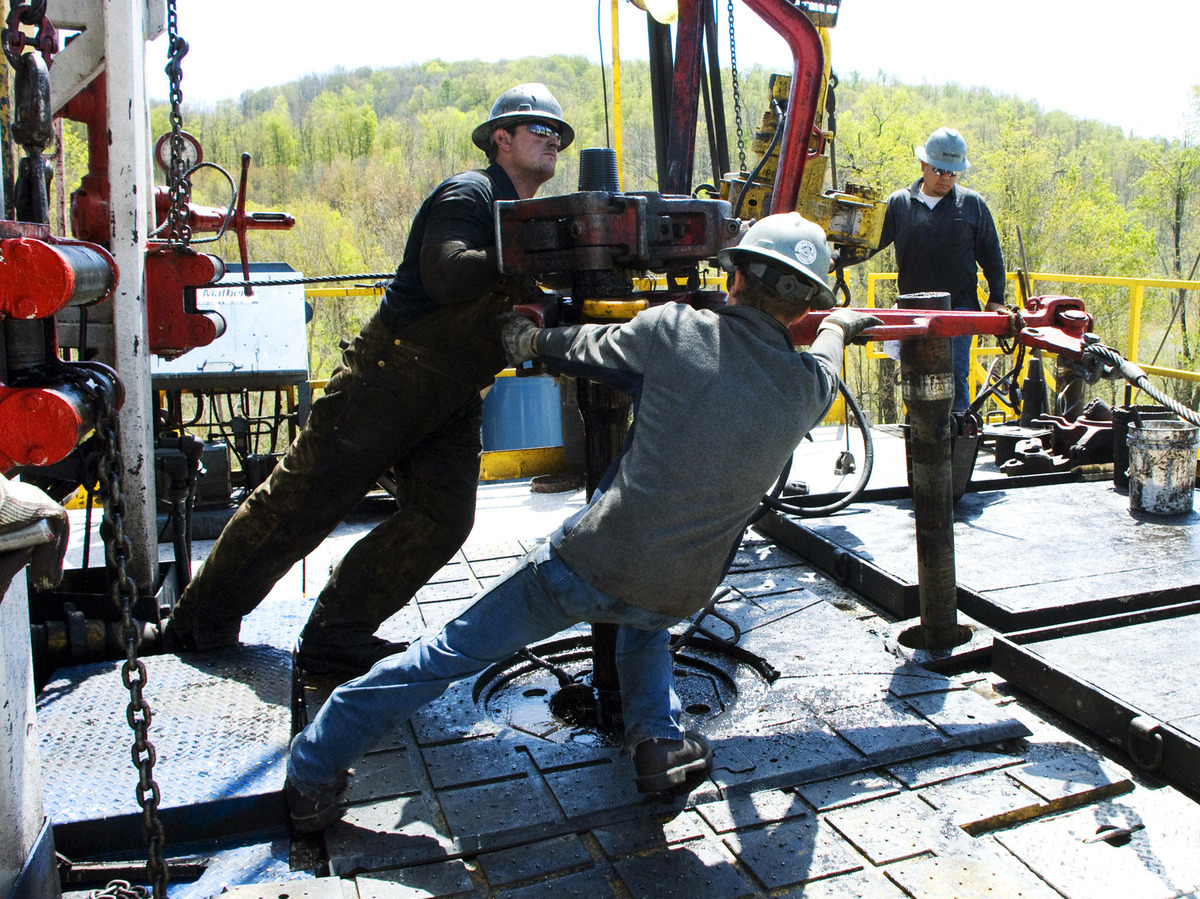 Workers move equipment at a natural gas well site near Burlington, Pa., in 2010. A federal report said Thursday natural gas production is on track to make the U.S. a net exporter of energy by about 2030.

The U.S. could become a net exporter of energy in coming years, according to the federal government's Annual Energy Outlook 2017. This continues a trend the Energy Information Administration has highlighted before in its annual report.

The EIA projects the country will continue to import oil through 2050, though at much lower levels than in the past. The main thing that will make the U.S. a net exporter of energy is natural gas.

Domestic natural gas production has risen by nearly 30 percent over the past decade, primarily because controversial technologies such as hydraulic fracturing have opened up new fields to drilling. Now companies are proposing and building natural gas export facilities around the country with the production boom expected to continue.

The EIA is quick to warn that there is a lot of uncertainty in projections like this. That's why each year the agency considers a variety of factors and then develops multiple scenarios. It looks at things like production, demand, prices and technological advancements. Most of the agency's seven scenarios show the country becoming a net exporter by 2030.

One scenario, in which crude oil prices rise sharply, projects the country would become a net energy exporter within just a few years. That's unlikely to happen, though. The agency believes Brent crude oil prices this year will average around $51.66 a barrel — about half of what a barrel sold for in 2014.

As part of its annual report the EIA also has projections for energy-related carbon emissions. EIA Administrator Adam Sieminski says emission levels will depend a lot on what happens with the Obama administration's Clean Power Plan, which is tied up in the courts now. Considering President-elect Donald Trump's stated desire to boost the coal industry, he could choose to stop defending the plan.

"We see the highest emissions without the Clean Power Plan because we'll continue to use more coal, and coal has more carbon dioxide than the other fossil fuels," says Sieminski.

The report shows Americans are using energy more efficiently, and the agency projects that will continue. Despite a growing population and a growing economy, consumption is expected to be relatively flat through 2050.

The EIA believes gasoline will remain the dominant fuel for transportation in the U.S. for decades. Still, the number of electric vehicles is expected to increase from 1 percent of the cars on the road today to 6 percent in 2040. That may not seem fast enough growth if you're an electric-car advocate, but consider that there are about 250 million cars in the U.S. now. Sieminski says, "There's a lot of gasoline and diesel-powered cars on the road that are not going to be retired immediately."

The fact that natural gas is replacing coal for electricity generation has been widely reported. The EIA data show more power comes from gas than coal now. And the agency projects that renewable forms of electricity, such as wind and solar, could overtake coal by 2030.