Accessibility links
A Really Big Crack In An Antarctic Ice Shelf Just Got Bigger : The Two-Way If the rift gets long enough, Antarctica will lose a chunk of ice the size of Delaware. 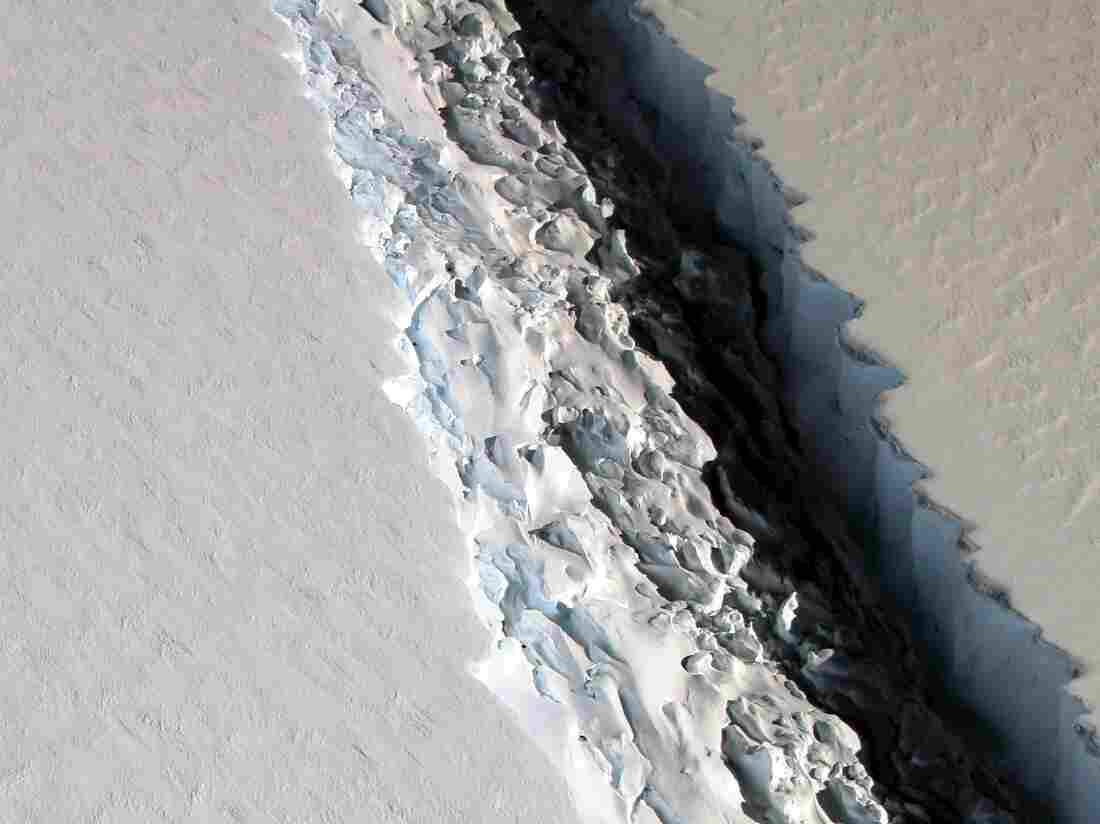 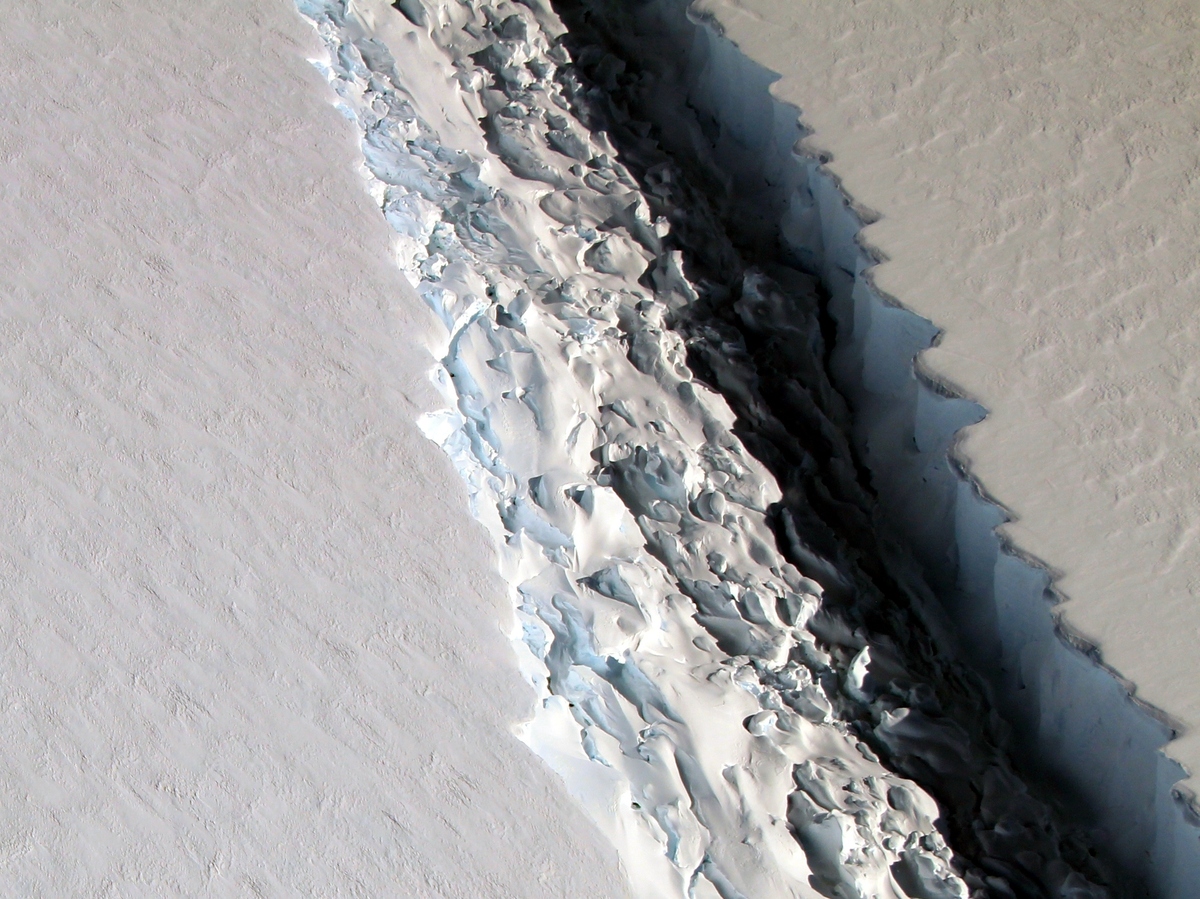 A photo of the crack in Antarctica's Larsen C ice shelf in November.

Right now, a big chunk of Antarctic ice is hanging on by a frozen thread.

British researchers monitoring the crack in the Larsen C ice shelf say that only about 12 miles now connect the chunk of ice to the rest of the continent.

"After a few months of steady, incremental advance since the last event, the rift grew suddenly by a further 18 km [11 miles] during the second half of December 2016," wrote Adrian Luckman in a statement Thursday by the MIDAS Project, which is monitoring changes in the area.

The crack in question has been growing for years and is now a total of roughly 70 miles long. When the fissure reaches the far side of the shelf, an iceberg the size of Delaware will float off, leaving the Larsen C 10 percent smaller. 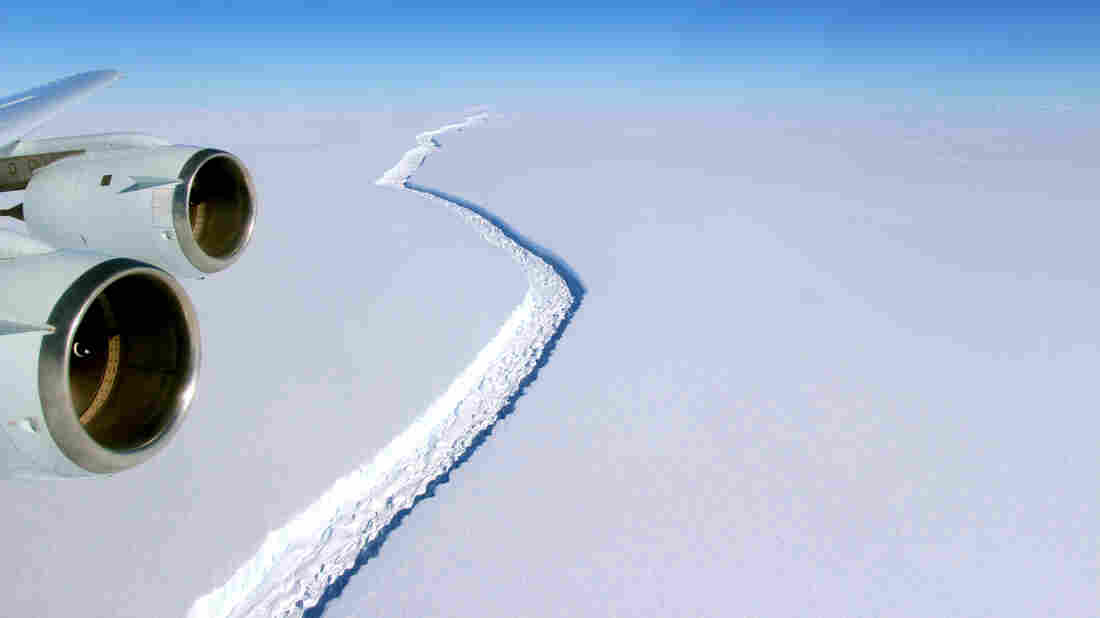 A NASA scientist with project IceBridge took this photo of the crack in November. John Sonntag/NASA hide caption 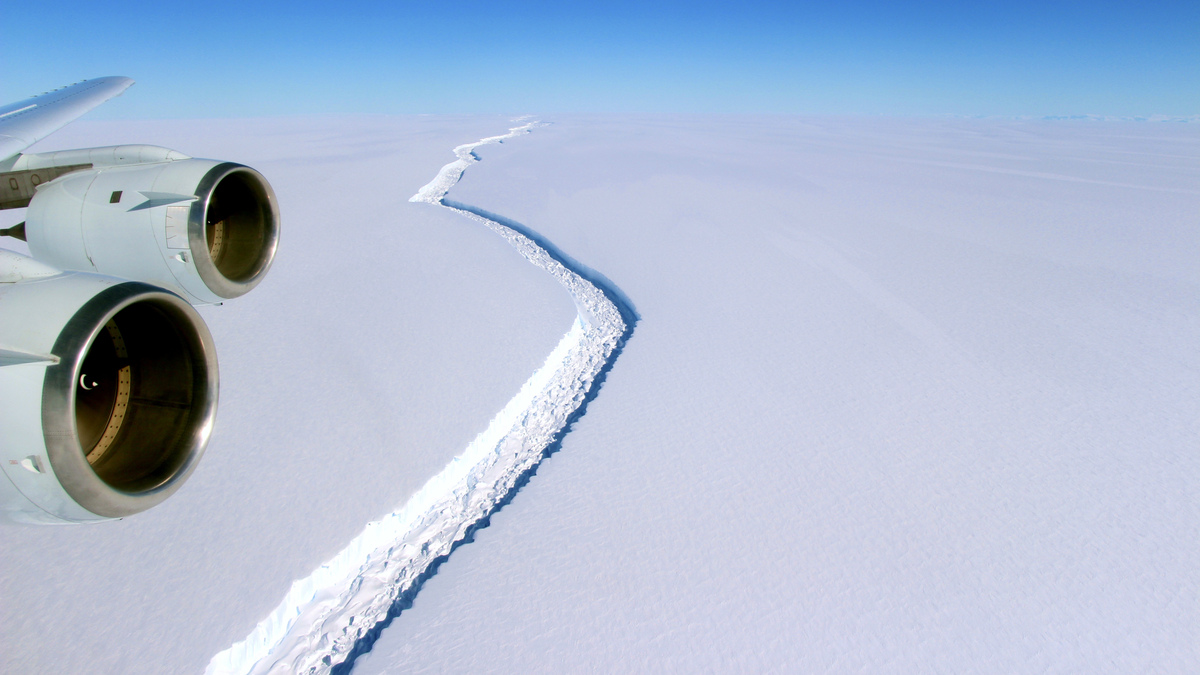 A NASA scientist with project IceBridge took this photo of the crack in November.

"This event will fundamentally change the landscape of the Antarctic Peninsula," Luckman wrote.

Ice shelves are important because they provide a buffer between the sea and the ice that sits on land, in this case on the Antarctic Peninsula. Without a healthy ice shelf, water from melting glaciers can flow straight to the sea, raising the sea level.

It's normal for the front of an ice shelf to crack and break off, known as calving. But it's unusual for that to happen faster than the ice shelf can refreeze.

Some scientists worry that the missing piece will destabilize the whole ice shelf. A smaller ice shelf, Larsen B, completely splintered in a little over a month in 2002, a process that started with a similar crack. Another ice shelf, Larsen A, had disintegrated a few years before.

"Larsen C may eventually follow the example of its neighbour Larsen B," wrote Luckman.

"If it doesn't go in the next few months, I'll be amazed," he told BBC News.