Accessibility links
Ivory Coast Strikes Deal To End Mutiny, But Turmoil Reportedly Persists : The Two-Way The mutiny, which began Friday, focused on bonus pay and living conditions for soldiers. It had spread nationwide before the government agreed Saturday to listen to their demands. 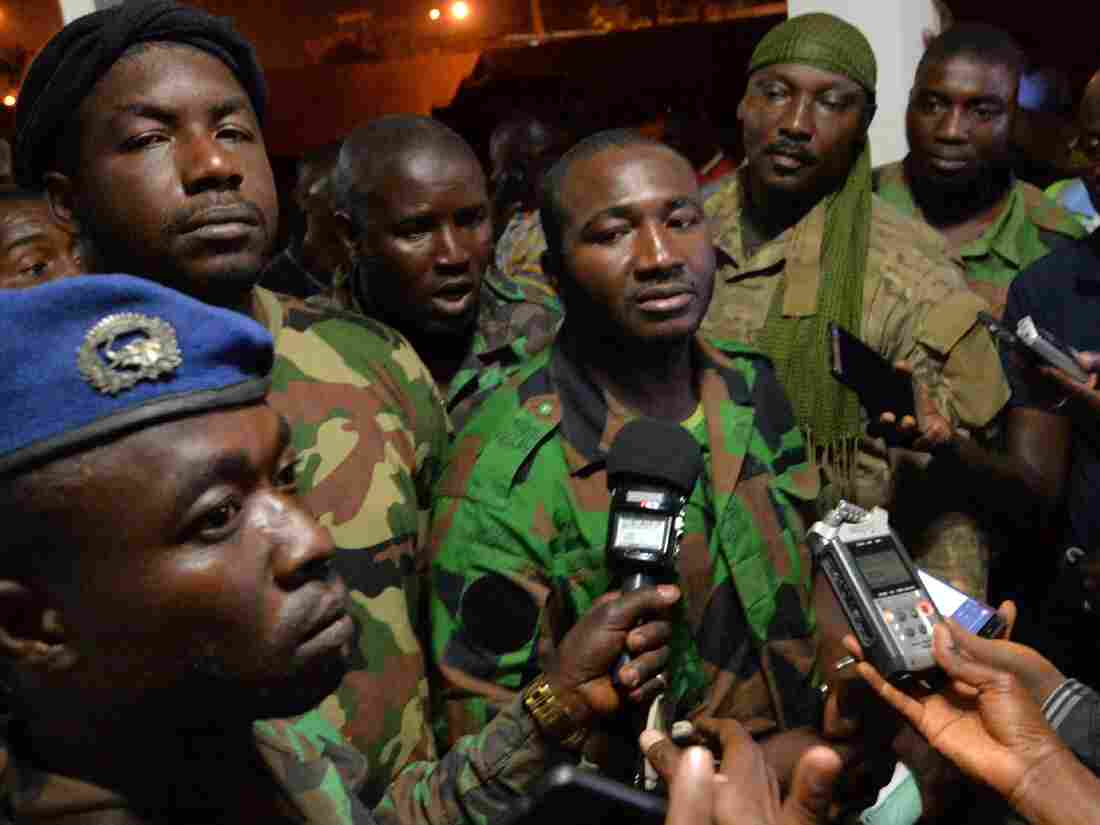 Issiaka Ouattara, center, spokesperson for the mutinous soldiers, speaks to journalists after the announcement of a deal with the Ivory Coast government. Sia Kambou/AFP/Getty Images hide caption 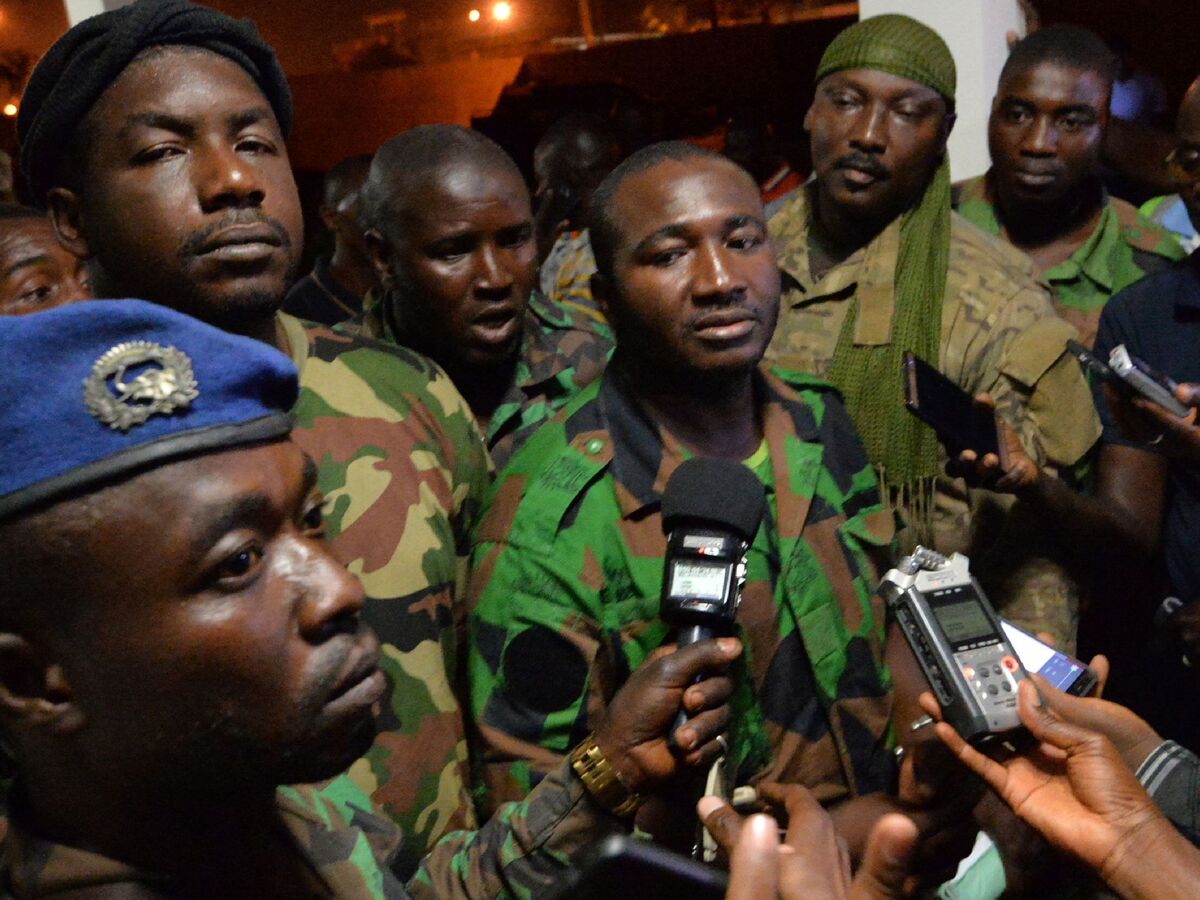 Issiaka Ouattara, center, spokesperson for the mutinous soldiers, speaks to journalists after the announcement of a deal with the Ivory Coast government.

A two-day mutiny among soldiers in the Ivory Coast has come to an end, according to the country's president. Alassane Ouattara announced Saturday that the government has struck a deal with the mutineers.

The revolt, which began Friday in Bouaké, the country's second-largest city, soon spread to cities and towns nationwide. By Saturday, parts of the Ivory Coast's largest city, Abidjan, were on lockdown, as gunfire was reported at the military base on the edge of the city.

There have been no immediate reports of casualties.

As NPR's Ofeibea Quist-Arcton notes, the soldiers' grievances center on bonus pay and living conditions. "One soldier says former fighters integrated into Ivory Coast's army were demanding bonuses of $8,000 apiece — plus a house," Ofeibea reported Friday for the Newscast unit.

Defense Minister Alain-Richard Donwahi flew up to Bouaké to negotiate a deal with the rebellious soldiers.

Ouattara announced it afterward to government ministers and reporters, Reuters reports. He said the government "had agreed to take into account the soldiers' demands," according to the news service, while also offering this rebuke:

"I would like to say that this manner of making demands is not appropriate. It tarnishes the image of our country after all our efforts to revive the economy."

Ofeibea reports the president has asked the soldiers to return to their barracks.

It is believed that many of the mutineers are former rebels, who joined the Ivorian army only after the country's second civil war ended in 2011. The city of Bouaké had played a central role as a rebel stronghold during that war, which left thousands dead.