Accessibility links
Truck Rams Group Of Israeli Soldiers In Jerusalem, Killing At Least 4, Wounding 15 : The Two-Way Israeli police say a truck drove into a group of Israeli soldiers who had just left a bus. The officials say the driver has been "neutralized," and that they are treating it as an intentional attack. 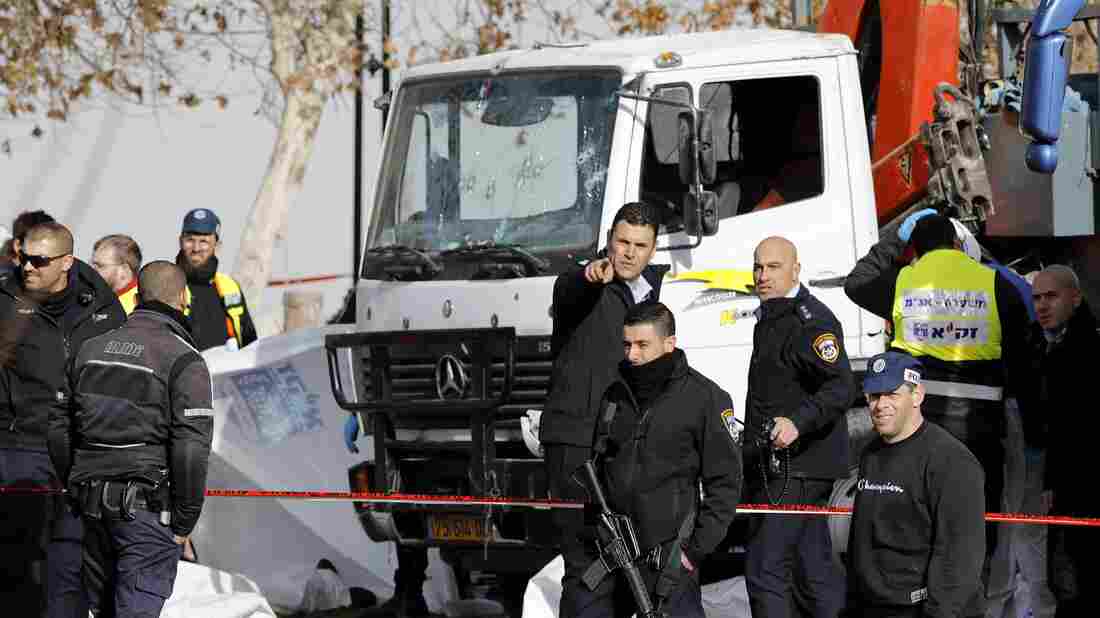 Israeli security forces and emergency personnel gather at the site of a vehicle-ramming attack in Jerusalem on Sunday. Menahem Kahana/AFP/Getty Images hide caption 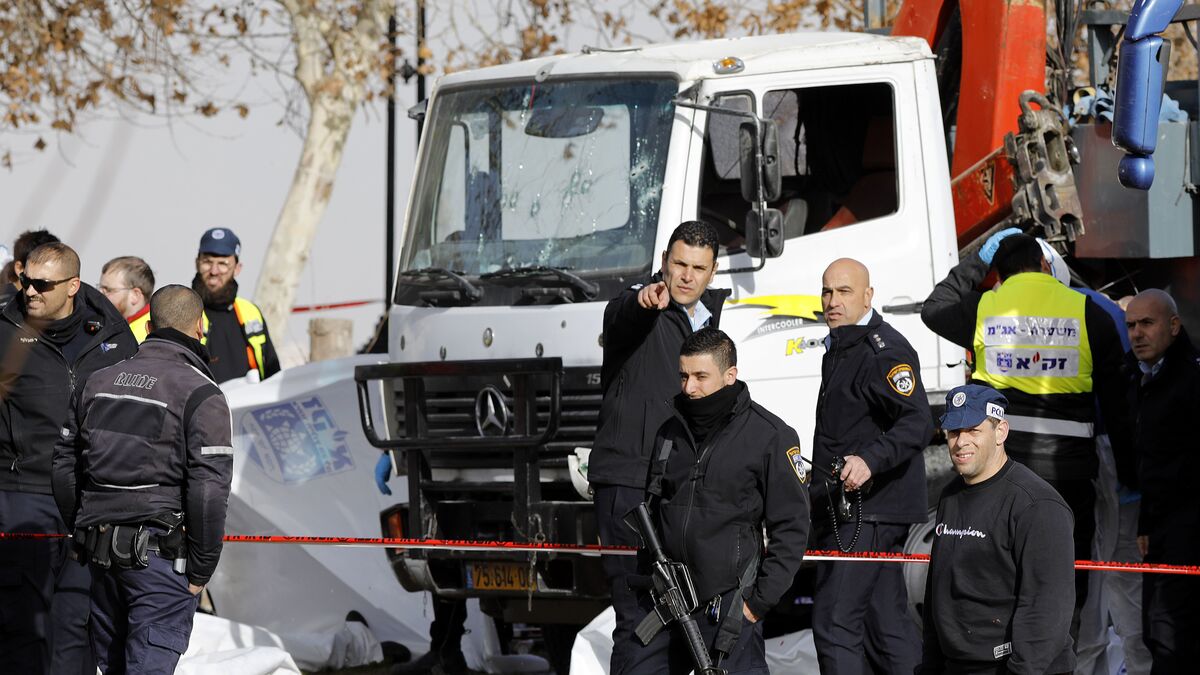 Israeli security forces and emergency personnel gather at the site of a vehicle-ramming attack in Jerusalem on Sunday.

At least four people were killed and 15 more injured after a truck plowed into pedestrians in Jerusalem, say Israeli police. According to police spokeswoman Luba Samri, the driver swerved into a group of Israeli soldiers who had just gotten off a bus at the Armon Hanatziv promenade.

The driver "has been neutralized," Israeli police say. They are describing the killing as a terrorist act by a man who hails from Jabel Mukaber, a predominantly Arab neighborhood in East Jerusalem. Israeli police have placed a gag order on further details pending an investigation.

"You don't need more than two to three seconds to find a terrorist target. The soldiers at the scene reacted immediately and killed the attacker," Israeli Police Chief Roni Alsheich said, according to the news service Haaretz.

"We know the identity of the attacker, according to all the signs he is a supporter of Islamic State," Netanyahu said, according to Reuters. "We have sealed off Jabel Mukabar, the neighbourhood from where he came, and we are carrying out other actions which I will not detail."

Israeli emergency services say that the four people — three women and one man — killed in the attack were in their 20s. At least 15 people have been hospitalized.

The Guardian offers more details from the scene of the attack:

"The attack took place during a visit by a large group of Israeli soldiers to a scenic outlook overlooking Jerusalem and the Old City.

"The scene of the attack is also a few blocks from the American consulate in the city which speculation has suggested could be controversially re-designated as a future US embassy by Donald Trump's administration if he moves the embassy to Jerusalem although there was no immediate indication what motivated the driver. ...

"The driver was shot dead by other soldiers and one of the tour guides with the group that was hit as the driver reversed back towards the dead and injured."

As reporter Daniel Estrin tells NPR's Lulu Garcia-Navarro, this is the first major attack on Israelis since early November. But for more than a year before that, there had been a spate of stabbings and shooting attacks against Israelis by Palestinians.

Sunday's truck attack comes amid renewed scrutiny on Israeli settlements in land the country captured during the 1967 Six-Day War. Late last month, the United Nations Security Council voted 14 to 0 to condemn those settlements, as the U.S. abstained and allowed the resolution to pass.

Last week, in a rare move, an Israeli military court convicted one of its soldiers of manslaughter for killing a Palestinian assailant. The case had become deeply divisive in the country.