Accessibility links
Baghdad Rocked By A Spate Of Suicide Bombings In Shiite Areas : The Two-Way The Islamic State has claimed responsibility for one attack, and several other bombings followed across the city. The attacks continue an especially bloody week in the Iraqi capital.

Baghdad Rocked By A Spate Of Suicide Bombings In Shiite Areas

Baghdad Rocked By A Spate Of Suicide Bombings In Shiite Areas 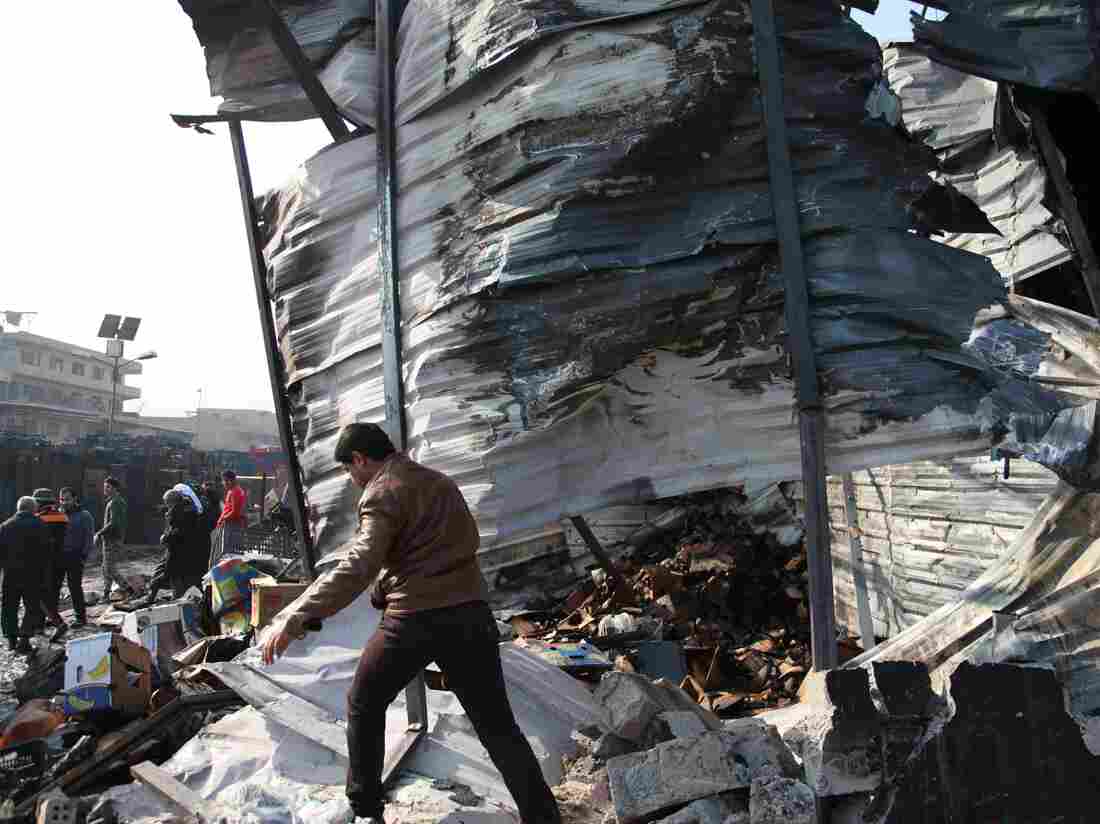 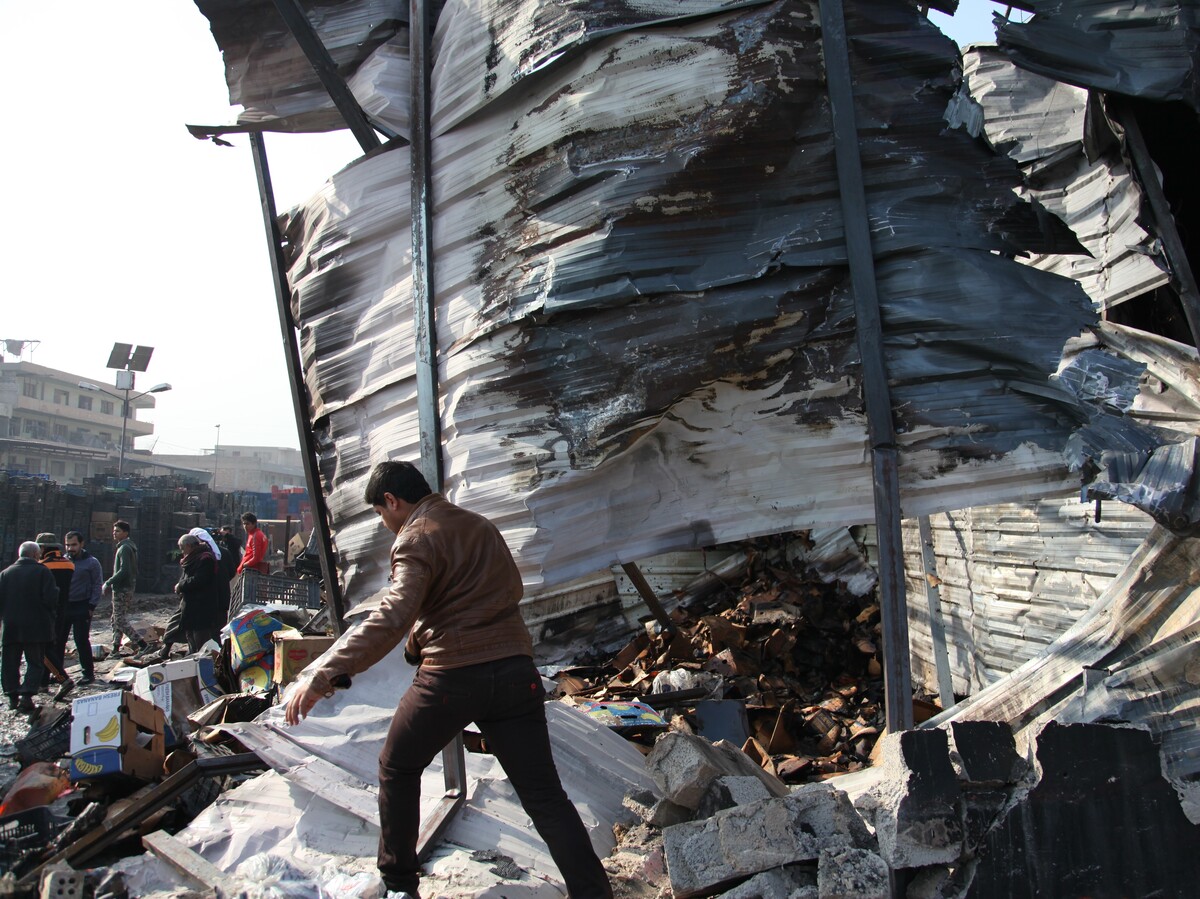 Iraqis inspect the scene of a Sunday car bomb attack at a Baghdad market.

Several bombings tore through Iraq's capital city just hours apart on Sunday. The attacks in and around Baghdad, which are believed to have primarily targeted Shiite Muslims, killed more than two dozen people and left dozens more wounded.

"A soldier at the gate of Jamila market opened fire on a suicide car bomb after noticing a suspect vehicle but the terrorist blew up his car," Iraq's interior ministry spokesman Saad Maan said, according to Agence France-Presse.

Al-Jazeera reports that at least 12 people were killed and 50 more — including the soldier who opened fire on the car — were wounded in the bombing.

The Islamic State claimed responsibility for the attack in a statement posted online.

Shortly afterward, a suicide bomber detonated explosives at a market elsewhere in the city, in another predominantly Shiite neighborhood, according to The Associated Press. The AP says nine shoppers were killed and another 16 wounded in that bombing, adding: "Three additional bombings in and around the capital killed seven people and wounded 24 others."

No group has immediately claimed responsibility for those attacks, but they, too, are believed to be the work of ISIS, which has conducted a campaign of concentrated violence in Baghdad in recent weeks. In fact, Sadr City was targeted with another suicide bombing just days ago.

The Islamic State, a group of Sunni jihadi militants, considers Shiite Muslims to be apostates and frequently targets members of the religious sect.

ISIS has escalated its attacks on civilians even as it has lost territory in recent months.

In Mosul, one of the militant group's last major strongholds, government forces pushed jihadi fighters back to the Tigris River for the first time Sunday, Reuters reports, citing an Iraqi special forces spokesman:

"It was the first time Iraqi forces in the city itself have reached the river, which bisects Mosul, since the offensive to drive out Islamic State was launched in October. Iraqi forces already control the Tigris to Mosul's south.

"The CTS [Iraq's elite counterterrorism service] has spearheaded advances inside Mosul and is part of a 100,000-strong force backed by U.S. air power of Iraqi troops, Kurdish fighters and Shi'ite militias fighting the militants. After a period of stuttering advances in Mosul, Iraqi forces have gained momentum in a new push since around the start of the year."