Accessibility links
SeaWorld Ends Its Orca Theatrics In San Diego, But Critics Aren't Convinced : The Two-Way The One Ocean show, which has come under criticism for the treatment of its star orcas, has its finale Sunday at SeaWorld San Diego. Yet some doubt the park sincerely means to change its program. 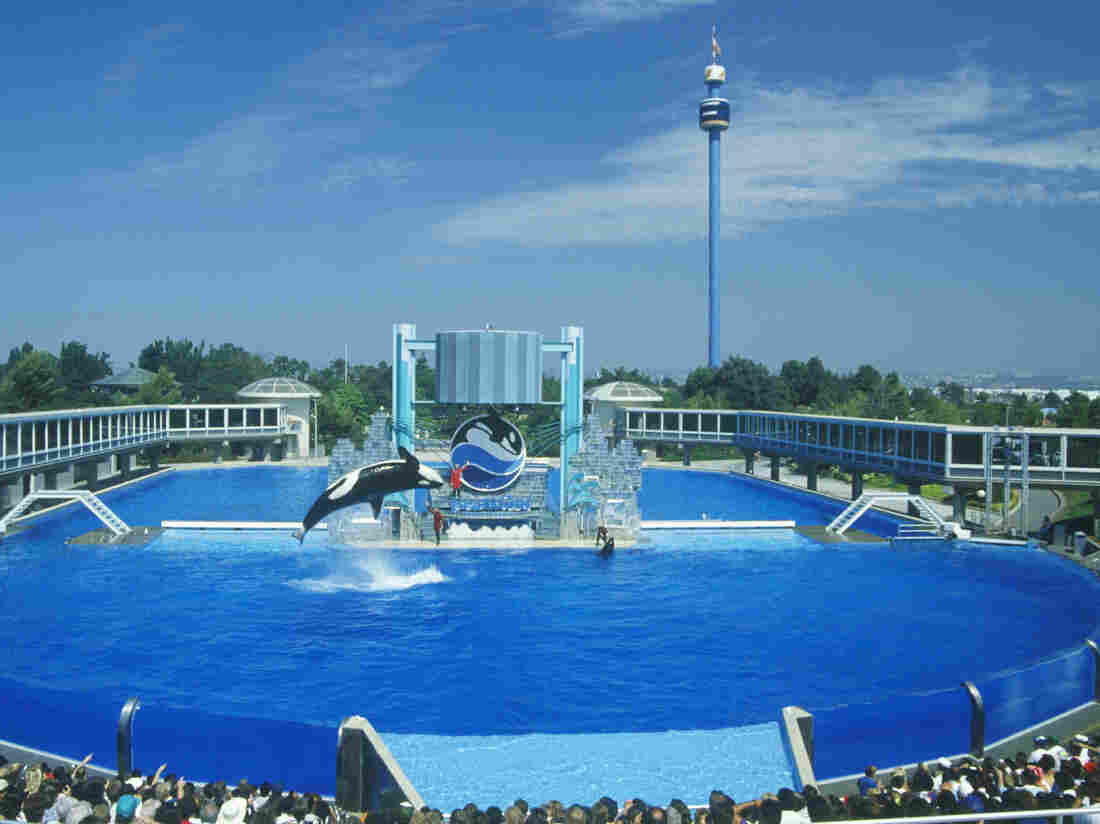 An orca leaps out of the water at Shamu Stadium at SeaWorld San Diego. Visions of America/UIG via Getty Images hide caption 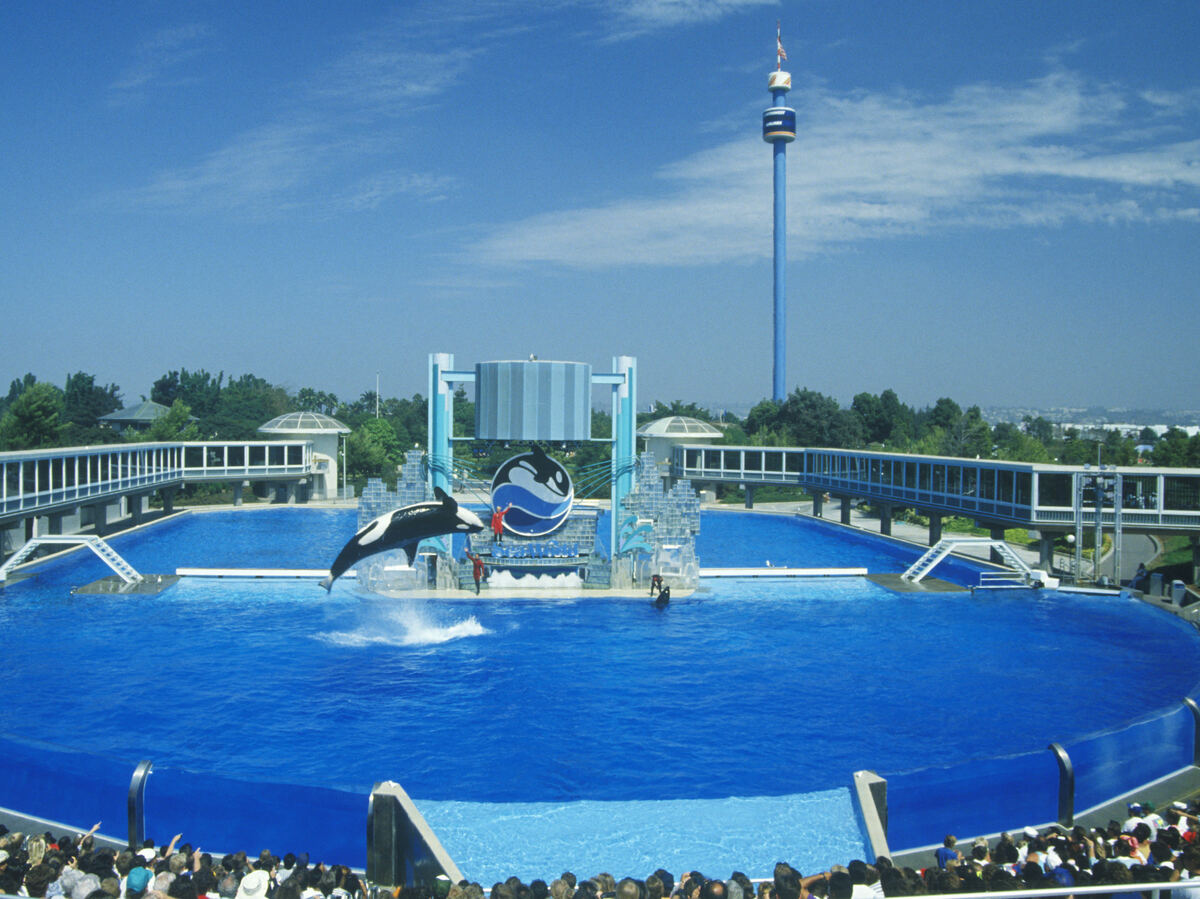 An orca leaps out of the water at Shamu Stadium at SeaWorld San Diego.

Visions of America/UIG via Getty Images

Just days after the death of its most famous star, SeaWorld has begun the process of putting its headliner show to rest.

The theme park's San Diego location is delivering its final One Ocean show on Sunday, ending the series of orca performances that elicited outrage after the 2013 documentary Blackfish. The principal subject of that documentary, an orca named Tilikum, died Friday at the age of 36.

The filmmakers pointed to the aggressive behavior of the nearly six-ton male orca as evidence of the cruelty — and the dangers — of holding these whales in captivity.

Amid the outcry (and plunging stock value) that followed, SeaWorld promised changes to its program. In 2015, SeaWorld CEO Joel Manby announced that the signature orca performances would abandon the traditional tricks and stunts in favor of a more informative show, in a more natural setting.

Sunday's One Ocean finale in San Diego is the fruit of that promise. SeaWorld's locations in San Antonio, Texas, and Orlando, Fla., are expected to follow suit and end their versions of the popular show by 2019.

In its place, SeaWorld will be introducing Orca Encounter, a series of shows it describes as a more educational experience.

"No longer a theatrical show, this live presentation will have the feel of an engaging documentary centered on the orca's natural behaviors, physical attributes, intelligence, social structures and unique relationship with mankind," according to a statement from the park.

The San Diego Union-Tribune breaks down the changes visitors can expect:

"The reimagined orca attraction, billed as an educational presentation, will lose the current stage setting, now dominated by four LED screens and a giant depiction of a whale tail. Replacing it will be a new backdrop that incorporates a rugged coastal inlet, artificial Douglas fir trees, cliffs and waterfalls. An infinity high-definition screen will highlight orca movements in the wild, as well as replays of SeaWorld killer whale maneuvers in the stadium pool.

"In what will still be a pre-produced presentation with designated start times, trainers will cue the orcas through a series of more natural behaviors typical of killer whales in the wild — hunting, eating, communicating — accompanied by an informative narrative."

Many of the theme park's critics don't buy that the changes will have a significant effect, however.

Naomi Rose, a marine mammal scientist with the Animal Welfare Institute, tells The Union-Tribune that while she appreciates the changes as steps in the right direction, they don't go far enough.

"Hopefully, SeaWorld will put these (orca) behaviors into context and stop exaggerating them and having them somersault in the air, which they never do in the wild," she said. "Trust me, when a whale does a breach, even in the wild on a whale watch, everyone still goes aah. It's a huge, gasping moment."

Last year, SeaWorld said that it would be ending its program of breeding in captivity. The Associated Press reports SeaWorld still has 11 orcas, which range in age from 2 to 52 years old.

The park announced in December that when it opens a new park in Abu Dhabi, in 2022, it will do so without orcas entirely.