Accessibility links
Meryl Streep Takes On Donald Trump In Golden Globes Speech : The Two-Way Streep, a prominent progressive in the arts world, did not mention Trump by name when she criticized his remarks about a disabled reporter during the campaign, but her target was clear. 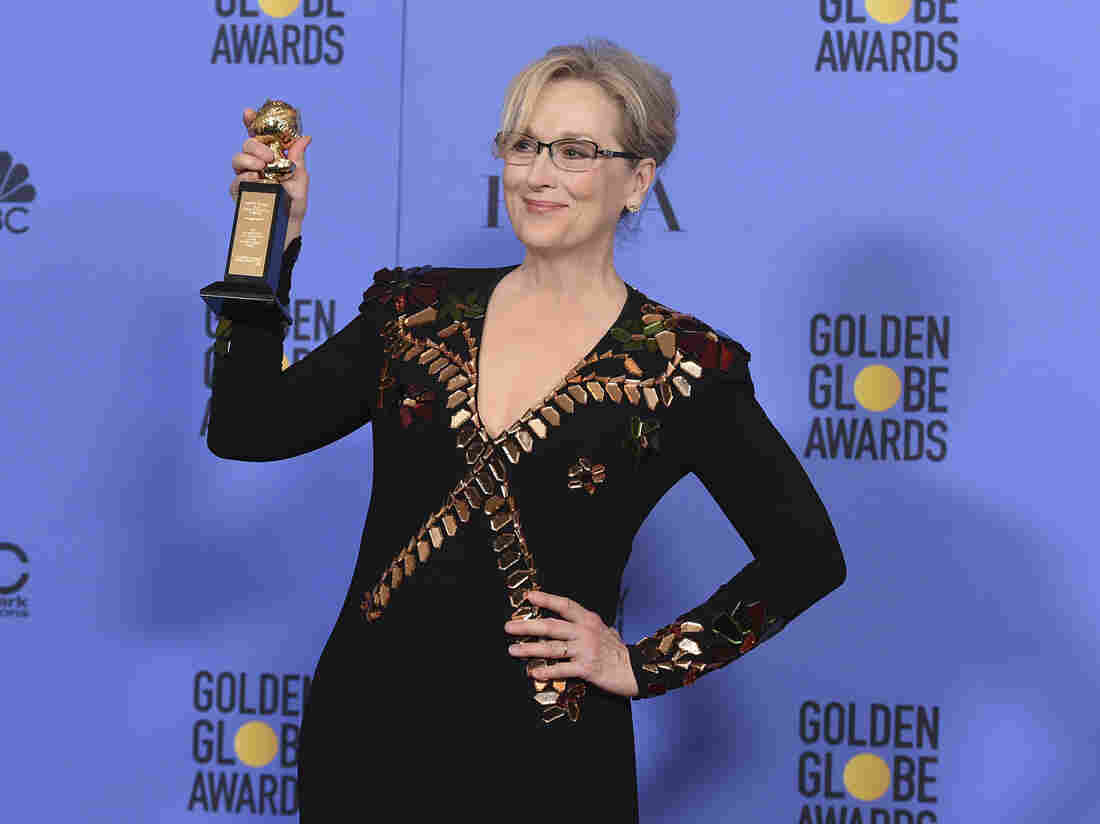 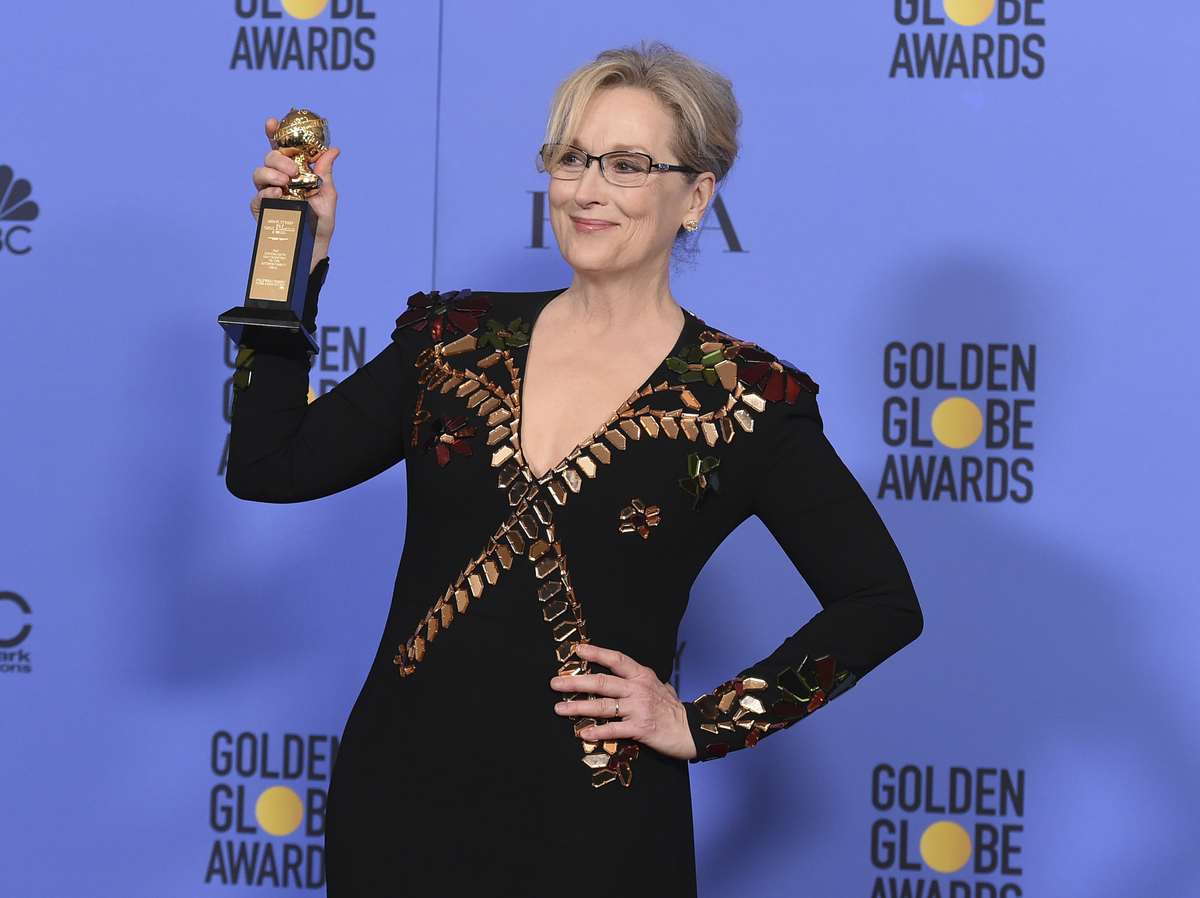 Actor Meryl Streep poses in the press room with the Cecil B. deMille Award at the 74th annual Golden Globe Awards in Beverly Hills, Calif. Earlier, when accepting the award, Streep was harshly critical of President-elect Donald Trump.

Buzzed-about projects like the musical film La La Land and FX's TV comedy Atlanta won big at Sunday's Golden Globe awards. But the most powerful moment of the night belonged to Meryl Streep, who used her acceptance speech for the honorary Cecil B. deMille Award of the 2017 Golden Globes, to deliver a harsh rebuke of President-elect Donald Trump and to advocate for press freedom.

Recalling the moment Trump mocked a disabled reporter from The New York Times during a campaign rally, Streep labeled it one performance in the past year that "stunned" her.

There was nothing good about it, but it was effective and it did its job. It made its intended audience laugh, and show their teeth.

It was that moment when the person asking to sit in the most respected seat in our country imitated a disabled reporter. Someone he outranked in privilege, power and the capacity to fight back.

It kind of broke my heart when I saw it, and I still can't get it of out my head, because it wasn't in a movie. It was real life.

And this instinct to humiliate, when it's modeled by someone in the public platform, by someone powerful, it filters down into everybody's life, because it kinda gives permission for other people to do the same thing.

11 Times Donald Trump Looked Like He Was Done For

In what The New York Times described as a brief telephone interview early Monday morning, Trump said he had not watched Streep's remarks. But Trump said he was not surprised he had been criticized by "liberal movie people," and dismissed Streep as a Hillary Clinton supporter.

Meryl Streep, one of the most over-rated actresses in Hollywood, doesn't know me but attacked last night at the Golden Globes. She is a.....

Trump also denied, as he frequently has, that he intended to mock Times reporter Serge Kovaleski for his disability, the incident to which Streep was apparently referring.

Just a few hours later, Trump reiterated his remarks to the Times in a trio of tweets.

Streep also urged the audience to support the Committee to Protect Journalists to preserve an independent press, and specifically outlined the wide and varied birthplaces of many Golden Globe nominees and winners.

"Hollywood is crawling with outsiders and foreigners," she said. "And if we kick 'em all out you'll have nothing to watch but football and mixed martial arts, which are not the arts."

Hillary flunky who lost big. For the 100th time, I never "mocked" a disabled reporter (would never do that) but simply showed him.......

Streep wasn't the only one to take on the president-elect less than two weeks before his inauguration.

Host Jimmy Fallon joked at the show's start that the Golden Globes were "one of the few places left where America still honors the popular vote."

While accepting the award for best supporting actor in a limited TV series, The Night Manager co-star Hugh Laurie joked it would be the last Golden Globes ceremony, because the awards are chosen by an association with the words "Hollywood," "foreign" and "press" in the title – groups Trump has criticized in the past.

"groveling" when he totally changed a 16 year old story that he had written in order to make me look bad. Just more very dishonest media!