Accessibility links
Iconic Sequoia 'Tunnel Tree' Brought Down By California Storm : The Two-Way The Pioneer Cabin Tree in Calaveras Big Trees State Park was one of California's few remaining tunneled-through sequoias. It was hollowed out more than a century ago. 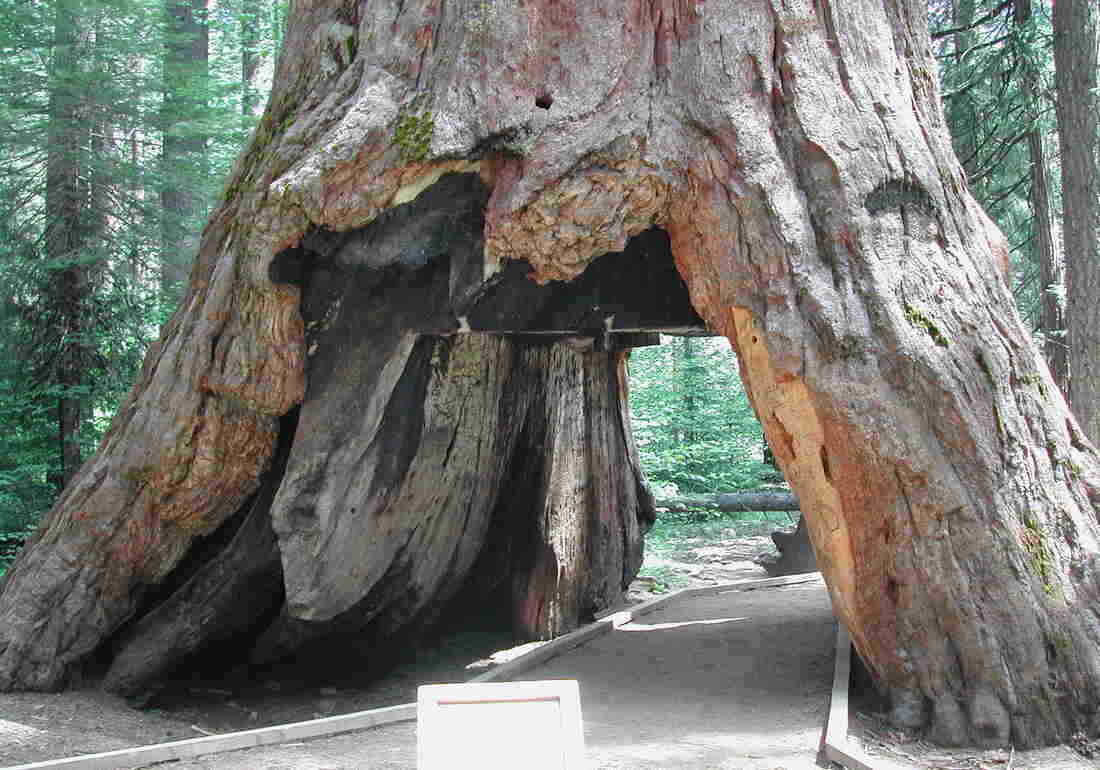 Until Sunday, visitors to Calaveras Big Trees State Park could walk through the tunnel in the Pioneer Cabin Tree. Tom Purcell/Flickr hide caption 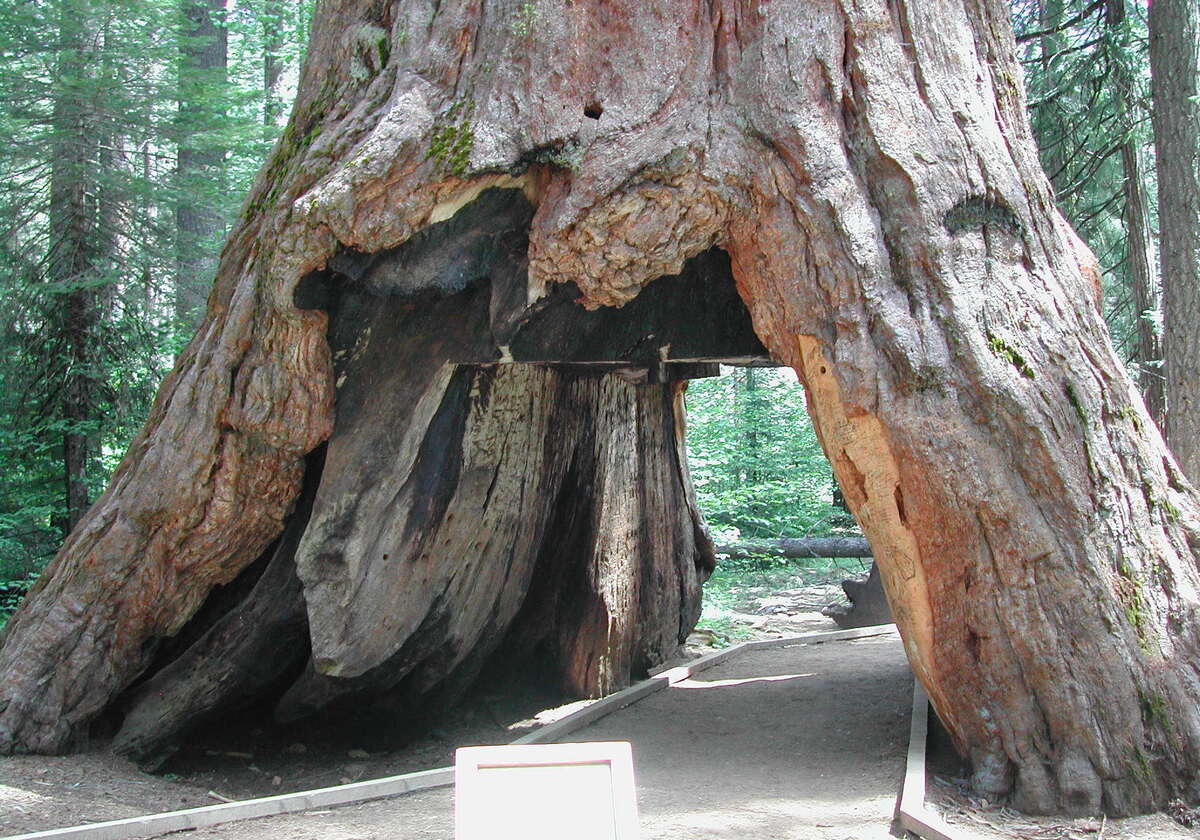 Until Sunday, visitors to Calaveras Big Trees State Park could walk through the tunnel in the Pioneer Cabin Tree.

A powerful winter storm in California has brought down an ancient tree, carved into a living tunnel more than a century ago.

The "Pioneer Cabin Tree," a sequoia in Calaveras Big Trees State Park, saw horses and cars pass through it over the years. More recently, only hikers were allowed to walk through the massive tree.

Over the weekend, a powerful winter storm slammed into California and Nevada, prompting flooding and mudslides in some regions. The Associated Press reports it might be the biggest storm to hit the region in more than a decade.

On Sunday, a volunteer at the state park reported that Pioneer Cabin had not survived.

"The storm was just too much for it," the Calaveras Big Tree Association wrote on Facebook.

It's unclear exactly how old the tree was, but The Los Angeles Times reports that the trees in the state park are estimated to be more than 1,000 years old. Sequoias can live for more than 3,000 years.

The iconic tree was one of just a few tunneled-through sequoias in California. The most famous was the Wawona Tree, in Yosemite National Park; it fell during a winter storm in 1969 at an estimated age of 2,100 years. The other remaining sequoia tunnels are dead or consist of logs on their side, the Forest Service says.

However, there are still three coastal redwoods (taller and more slender than sequoias) with tunnels cut through them. They're all operated by private companies, the Forest Service says, and still allow cars to drive through — one appeared in a recent Geico ad.

SFGate.com spoke to Jim Allday, the volunteer who reported Pioneer Cabin's demise. He told the website that the tree "shattered" when it hit the ground on Sunday afternoon, and that people had walked through it as recently as that morning.

Local flooding might have been the reason the tree fell, SFGate reports:

" 'When I went out there [Sunday afternoon], the trail was literally a river, the trail is washed out,' Allday said. 'I could see the tree on the ground, it looked like it was laying in a pond or lake with a river running through it.' "

"The tree had been among the most popular features of the state park since the late 1800s. The tunnel had graffiti dating to the 1800s, when visitors were encouraged to etch their names into the bark.

"Joan Allday, wife of Jim Allday and also a volunteer at the park, said the tree had been weakening and leaning severely to one side for several years.

" 'It was barely alive, there was one branch alive at the top,' she said. 'But it was very brittle and starting to lift.' "

Tunnel trees were created in the 19th century to promote parks and inspire tourism. But cutting a tunnel through a living sequoia, of course, damages the tree.

"Tunnel trees had their time and place in the early history of our national parks," the National Park Service has written. "But today sequoias which are standing healthy and whole are worth far more."