Accessibility links
Pope Francis Reiterates Support For Public Breast-Feeding : The Two-Way The leader of the Roman Catholic Church encouraged mothers to breast-feed their infants during a baptism ceremony for 28 babies on Sunday in the Sistine Chapel. 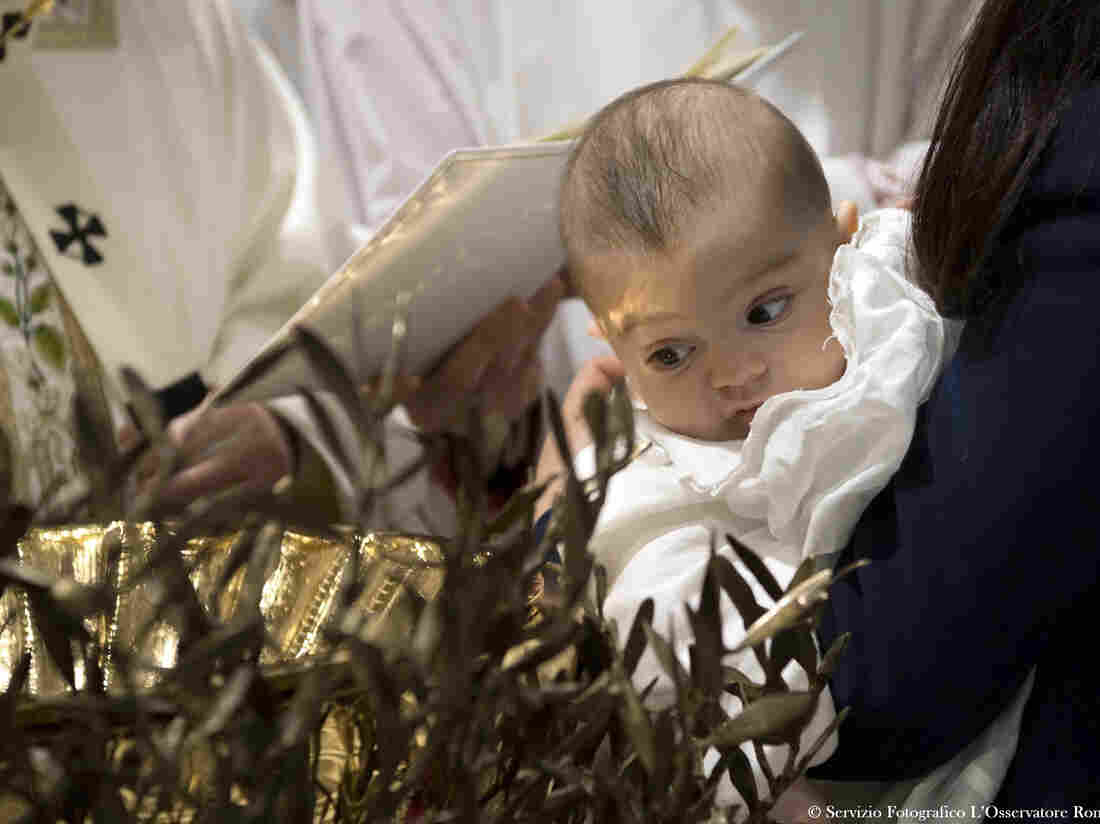 Pope Francis baptizes a baby during a ceremony Sunday in the Sistine Chapel. L'Osservatore Romano/Pool via AP hide caption 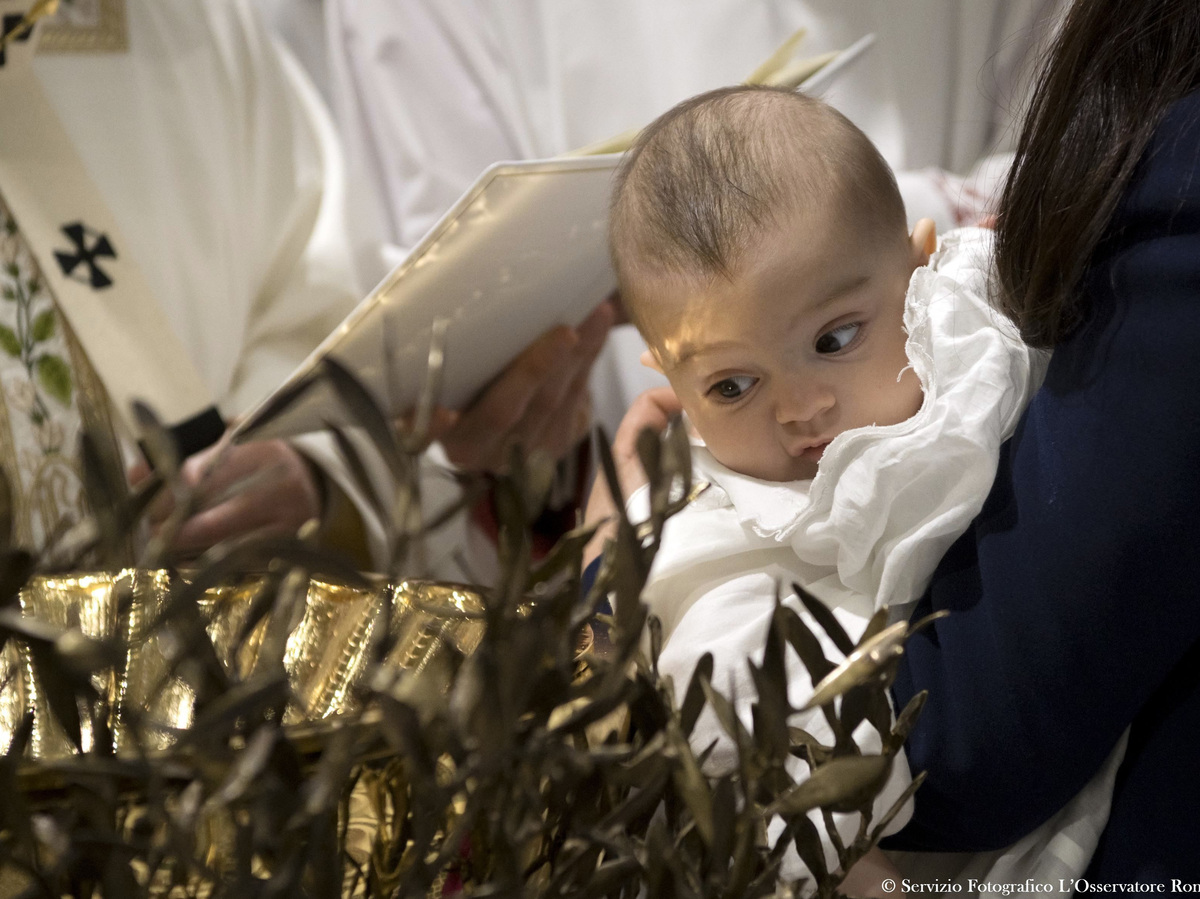 Pope Francis baptizes a baby during a ceremony Sunday in the Sistine Chapel.

Mothers should feel comfortable breast-feeding infants in public, Pope Francis said on Sunday, even if they are in one of the most sacred spaces in Catholicism.

Speaking at an annual ceremony to commemorate the baptism of Jesus, the pope addressed the families of 28 infants who were to be baptized in the Sistine Chapel. Some of the babies began to wail as the ceremony wore on, according to Vatican Radio:

"As the sounds of crying grew louder, the Pope joked that the concert had begun. The babies are crying, he said, because they are in an unfamiliar place, or because they had to get up early, or sometimes simply because they hear another child crying. Jesus did just the same, Pope Francis said, adding that he liked to think of Our Lord's first sermon as his crying in the stable.

"And if your children are crying because they are hungry, the Pope told the mothers present, then go ahead and feed them, just as Mary breastfed Jesus."

This is not the first time the leader of the Catholic Church has expressed support for women who are breast-feeding.

"During the same baptismal ceremony two years ago — in which he baptized 33 infants in the Sistine Chapel — he urged mothers to feel free to breast-feed their children if they cried or were hungry. The written text of his homily during that ceremony included the phrase 'give them milk,' but he changed it to use the Italian term 'allattateli, which means 'breast-feed them.' "

"You mothers give your children milk and even now, if they cry because they are hungry, breast-feed them, don't worry," the pope said.

Although the pope has repeatedly justified his position in the most traditional terms possible — harking back to the infancy of Christ himself, the stance on breast-feeding does challenge norms in some churches. In 2014, the National Catholic Reporter published an article describing a mother who said she was told breast-feeding during church was "inappropriate."

In a 2012 Christianity Today article titled "Breast-feeding in the Back Pew," writer Rachel Marie Stone recalled, "On a family trip to St. Peter's Basilica in Vatican City, as I started to breast-feed my son in the sanctuary, I was whisked away by a security guard to the bathroom.

"Countless other Christian women, trying to feed their children without having to miss a sermon, have faced the disapproval of others who think breasts have no place in the sanctuary," she continued.