Accessibility links
Backpage Shuts Down Adult Ads In The U.S., Citing Government Pressure : The Two-Way The online classified website disabled its space for adults seeking sexual partners. A Senate report last year accused the website of being a forum for child sex trafficking. 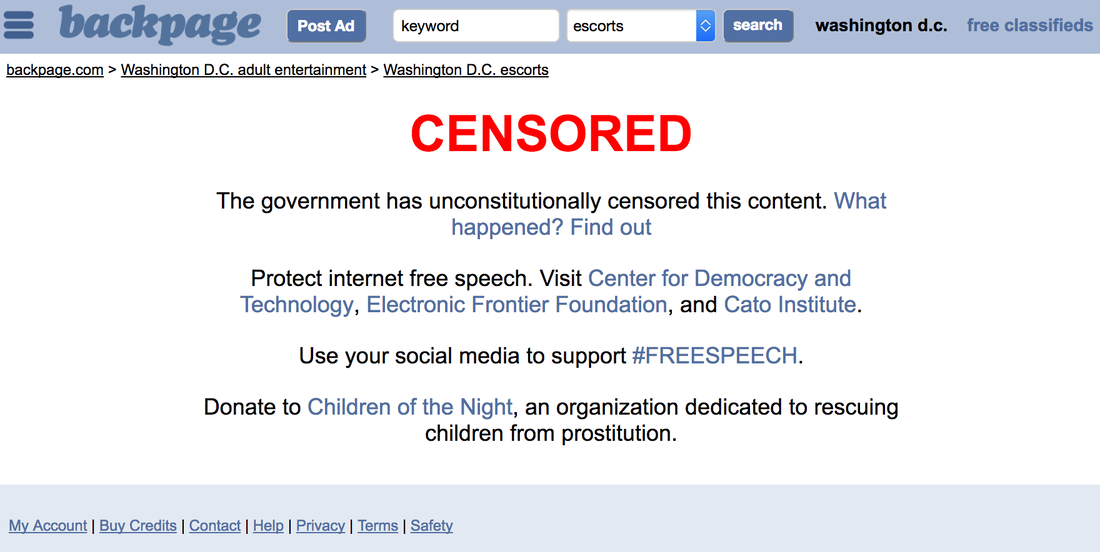 The website Backpage has removed adult advertisements. A Senate report last year accused the website of being a forum for child sex trafficking. Backpage/Screenshot by NPR hide caption 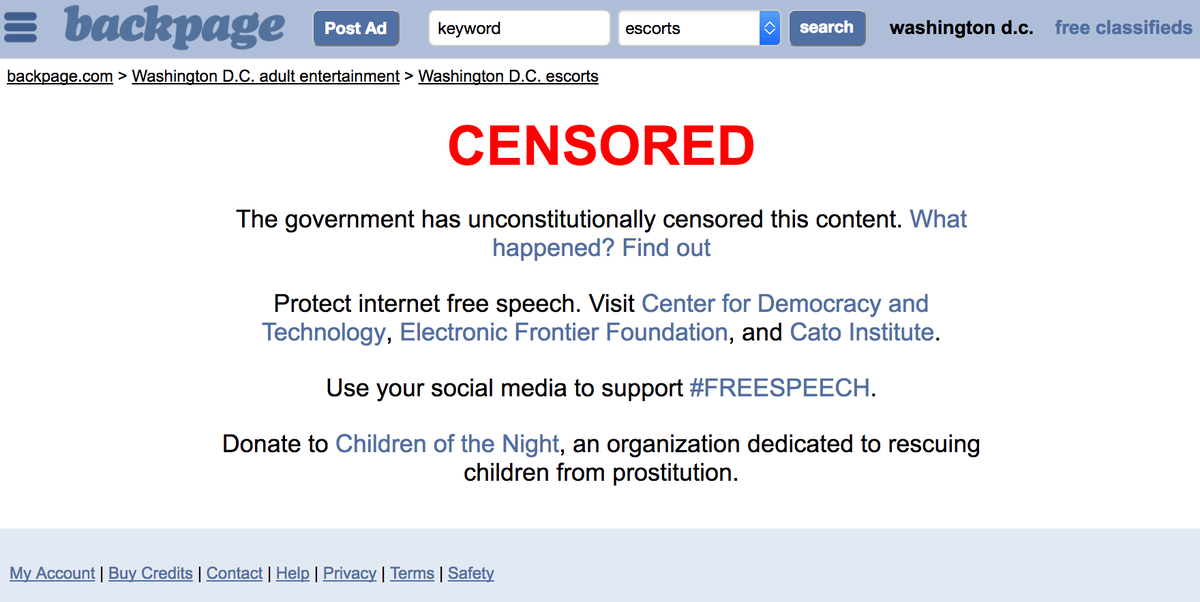 The website Backpage has removed adult advertisements. A Senate report last year accused the website of being a forum for child sex trafficking.

The online classified website Backpage.com said it has suspended its adult ad pages, citing government pressure about the content being shared there.

A 2016 Senate report called the website the "largest commercial sex services advertising platform in the United States" and said that "Backpage officials have publicly acknowledged that criminals use the website for sex trafficking, including trafficking of minors."

The report also accused Backpage of not complying with congressional requests for information about its revenue.

On Tuesday, links to advertisements for escort services in U.S. cities linked instead to a press release from the company as well as links to the websites of organizations that advocate for free speech rights.

In the press release, the company wrote it had suspended adult content as a "direct result of unconstitutional government censorship":

"For years, the legal system protecting freedom of speech prevailed, but new government tactics, including pressuring credit card companies to cease doing business with Backpage, have left the company with no other choice but to remove the content in the United States."

Escort advertisement links appeared to remain active for cities outside the U.S., including in Canada.

Around the world, Backpage also hosts advertisements for goods and services other than sex, including child care, housing and auto parts.

In October, the CEO of Backpage.com, Carl Ferrer, was arrested in Houston and dozens of law enforcement officers then searched Backpage's Dallas headquarters, as we reported.

The website's owners have faced similar charges in California and Washington, according to The Associated Press.

The California complaint alleged Backpage.com didn't just host ads for sex, some of which were trafficking minors, because the site helped advertisers write ads that would elicit clicks.

"The Washington state Supreme Court similarly ruled last year that the company didn't just host the ads, but helped develop the content," the AP reported. "That ruling allowed a civil lawsuit to continue by three minors who attorneys said were in the seventh and ninth grades when adult professional sex traffickers used Backpage to sell them as prostitutes."