Accessibility links
U.S. Puts Bumblebee On The Endangered Species List For 1st Time : The Two-Way The protected designation for the rusty patched bumblebee is also the first of its kind for a bee species in the continental U.S. It has seen a dramatic decline in numbers and territory. 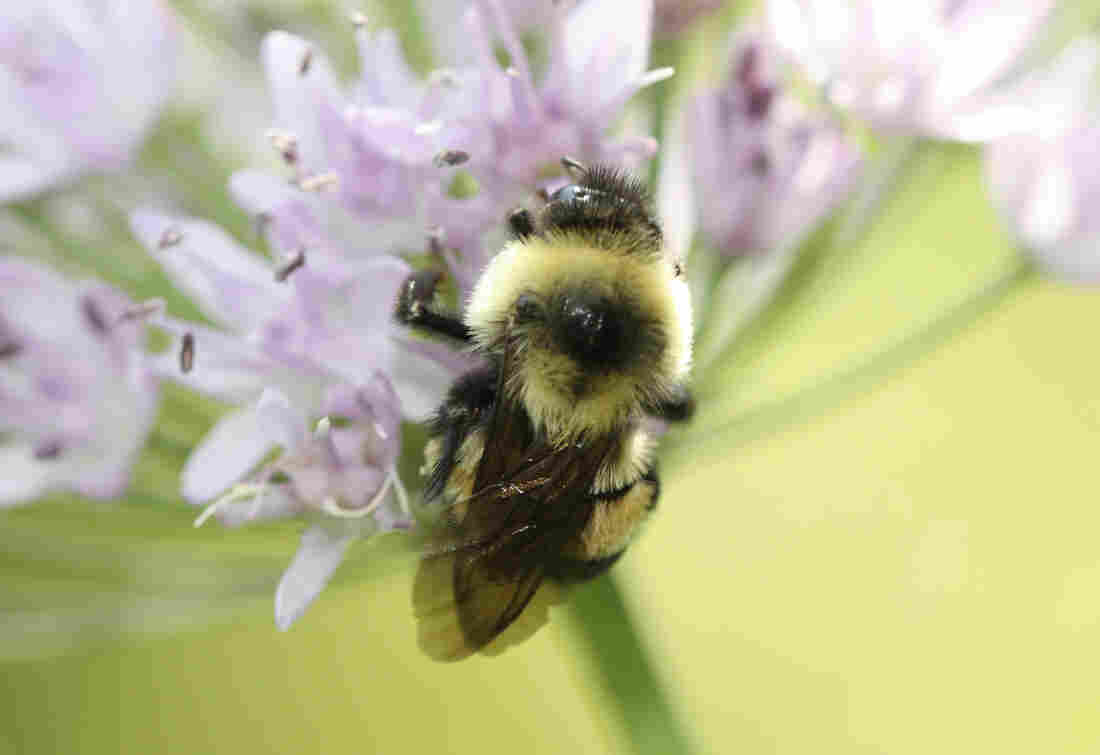 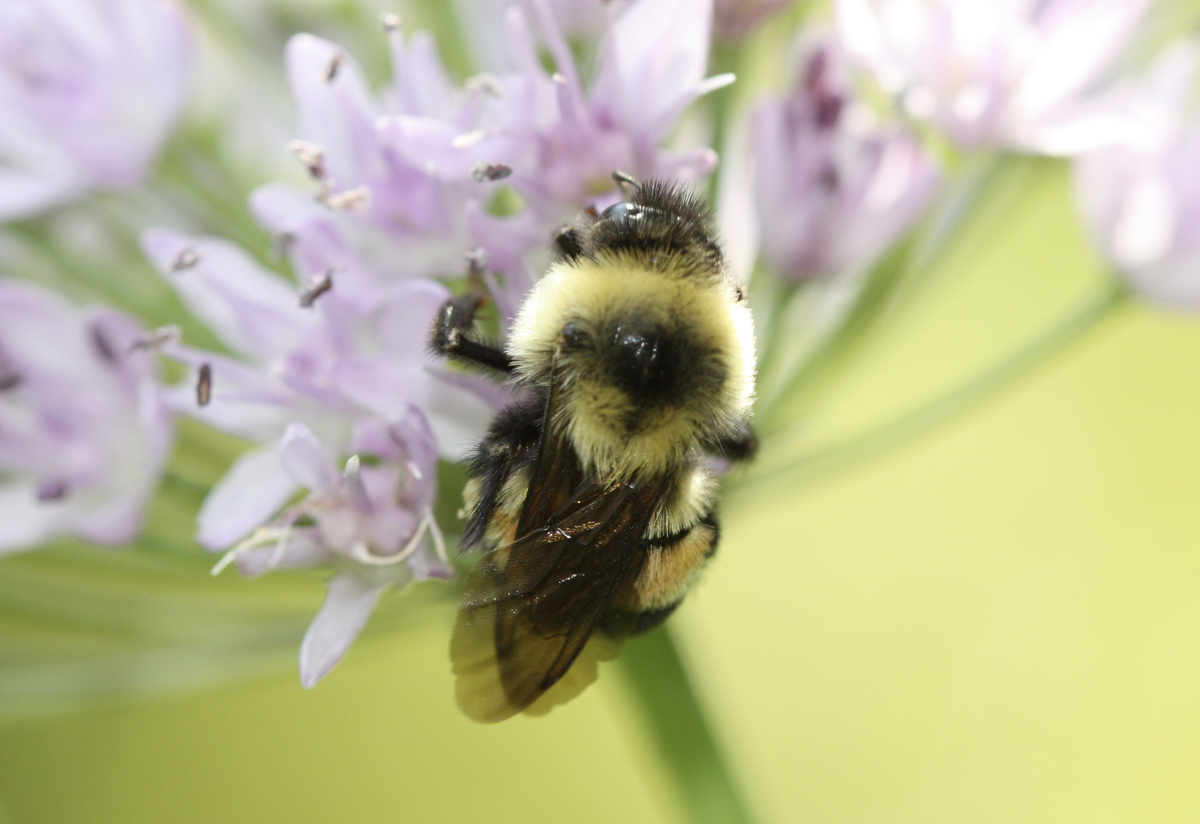 The U.S. has designated the rusty patched bumblebee an endangered species.

The U.S. Fish and Wildlife Service has designated the rusty patched bumblebee an endangered species — the first such designation for a bumblebee and for a bee species in the continental U.S.

The protected status, which goes into effect on Feb. 10, includes requirements for federal protections and the development of a recovery plan. It also means that states with habitats for this species are eligible for federal funds.

"Today's Endangered Species listing is the best—and probably last—hope for the recovery of the rusty patched bumble bee," NRDC Senior Attorney Rebecca Riley said in a statement from the Xerces Society, which advocates for invertebrates. "Bumble bees are dying off, vanishing from our farms, gardens, and parks, where they were once found in great numbers."

Large parts of the Eastern and Midwestern United States were once crawling with these bees, Bombus affinis, but the bees have suffered a dramatic decline in the last two decades due to habitat loss and degradation, along with pathogens and pesticides.

Indeed, the bee was found in 31 states and Canadian provinces before the mid- to late-1990s, according to the final rule published in the Federal Register. But since 2000, it has been reported in only 13 states and Ontario, Canada. It has seen an 88 percent decline in the number of populations and an 87 percent loss in the amount of territory it inhabits.

This means the species is vulnerable to extinction, the rule says, even without further habitat loss or insecticide exposure. Canada designated the species as endangered in 2012.

The bees live in large colonies that can be made up of 1,000 individual workers. All types of the species have black heads, the rule states, "but only workers and males have a rusty reddish patch centrally located on the abdomen."

Habitat degradation may be particularly harmful to these bees because of their feeding habits, as described in the rule:

"The rusty patched bumble bee is one of the first bumble bees to emerge early in the spring and the last to go into hibernation, so to meet its nutritional needs, the species requires a constant and diverse supply of blooming flowers."

Last October, the Fish and Wildlife Service gave endangered status to seven species of yellow-faced bees native to Hawaii, the first time any U.S. bees received this kind of protection.

Pollinator decline is a global trend. A recent major global assessment sponsored by the U.N. suggested that about 40 percent of invertebrate pollinator species are facing extinction. Since some 75 percent of food crops rely at least partially on pollinators, that raises serious concerns about the future of the global food supply.