Accessibility links
Only Total Divestiture Solves Trump's Conflicts Of Interest, Ethics Head Says : The Two-Way Every modern president has taken the tough steps to avoid conflicts of interest, setting an example for the entire executive branch, and the world, says the head of the Office of Government Ethics. 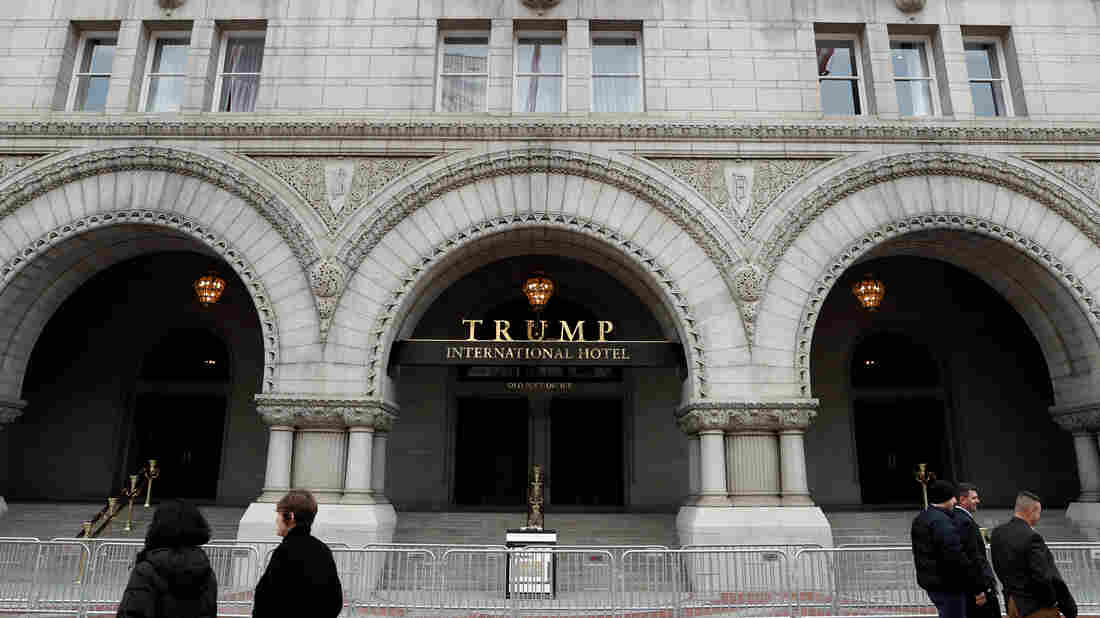 The recently opened Trump International Hotel on Pennsylvania Avenue in Washington, D.C., is one of many properties that would lose the Trump name if the president-elect followed the advice of the Office of Government Ethics and divested his business holdings. Alex Brandon/AP hide caption 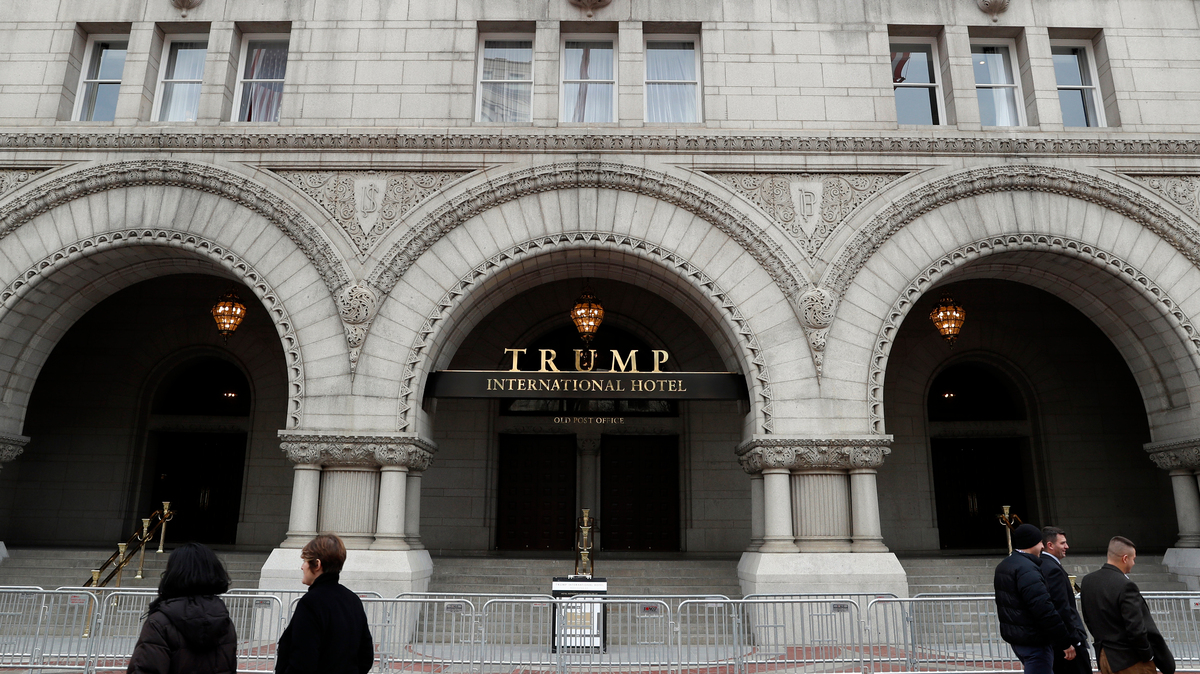 The recently opened Trump International Hotel on Pennsylvania Avenue in Washington, D.C., is one of many properties that would lose the Trump name if the president-elect followed the advice of the Office of Government Ethics and divested his business holdings.

At a Wednesday press conference, President-elect Donald Trump and his lawyer described the steps the real estate mogul would take to separate from his business empire while in office. It wasn't nearly enough, according to Office of Government Ethics Director Walter Shaub.

"The president is now entering a world of public service," Shaub said in a speech at the Brookings Institution. "He's going to be asking his own appointees to make sacrifices. He's going to be asking our men and women in uniform to risk their lives in conflicts around the world. So no, I don't think divestiture is too high a price to pay to be the president of the United States of America."

Trump said on Wednesday that among other moves, he would hand all management of his businesses to his sons, who would make no new foreign deals and would need an ethics review of any new domestic deals.

Divestiture would require him to go much further. It would mean the sale of all of the president's assets, with their value conveyed to a blind trust — and an investment portfolio of which he and his family would have no knowledge or control.

Of course, no past U.S. president has had business holdings of the scale or complexity of the president-elect's. Trump lawyer Sheri Dillon said at the press conference that would make divestiture unworkable, NPR's Jackie Northam reported.

"The Trump brand is key to the value of the Trump Organization's assets," Dillon said. "If Trump sold his brand, he'd be entitled to the royalties for the use of it."

And if the brand was mothballed entirely, the value of Trump's holdings would crater, and they would have to be sold off in a fire sale.

Nevertheless, that's what Shaub said needs to happen — both to completely safeguard against conflicts of interest, and to set an example.

"The ethics program starts at the top — the signals a president sends [set] a tone across the executive branch," Shaub said, adding that "officials in any administration need their president to show ethics matters, not only through words but through deeds."

The ethics official pointed to the steps undertaken by Secretary of State nominee Rex Tillerson, whose separation from Exxon Mobil reportedly will cost the former CEO about $7 million.

"Mr. Tillerson's making a clean break from Exxon," he said. "His ethics agreement serves as a sterling model for what we'd like to see with other nominees."

Unlike the president, Shaub said, Tillerson worked closely with the ethics office to create his divestment plan.

And it's not just inside the government that the president's example matters, Shaub said. The ethics program run by the executive branch, including presidential divestment, has been viewed as a gold standard internationally, he said, with the office frequently consulting with governments in the developing world to set up similar programs.