Accessibility links
U.S. Forces 'Acted In Self-Defense' In Battle That Killed 33 Civilians In Afghanistan : The Two-Way "To defend themselves and Afghan forces, U.S. forces returned fire in self-defense at Taliban who were using civilian houses as firing positions," according to a U.S. military report. 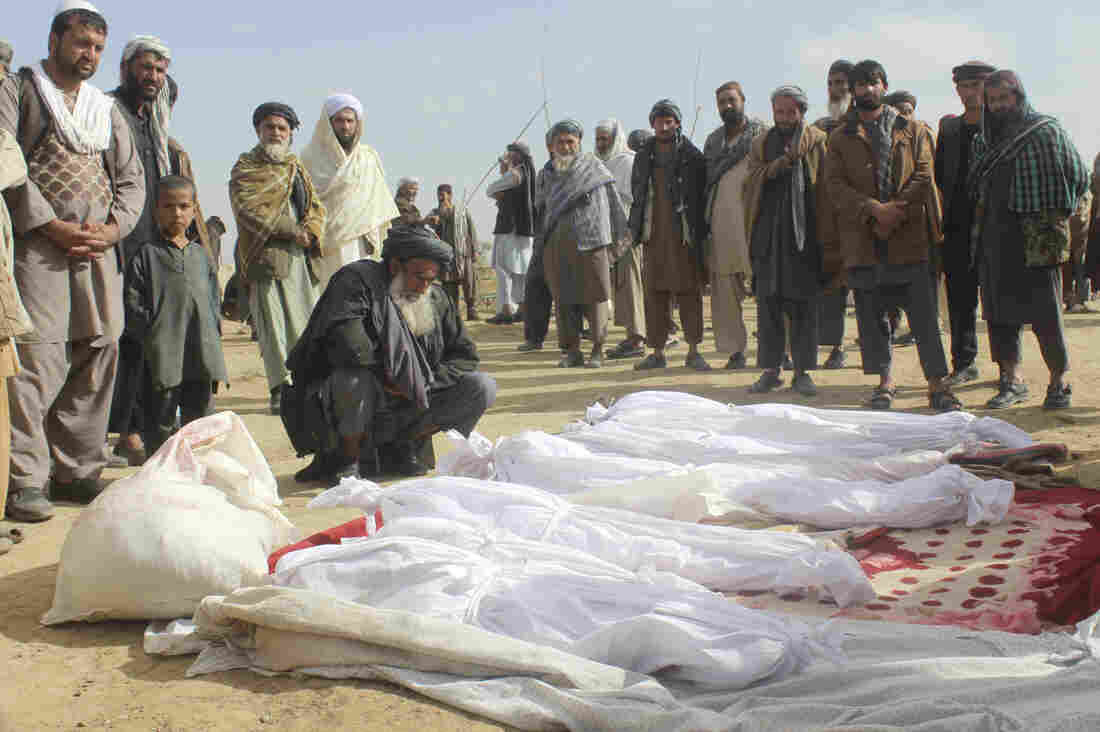 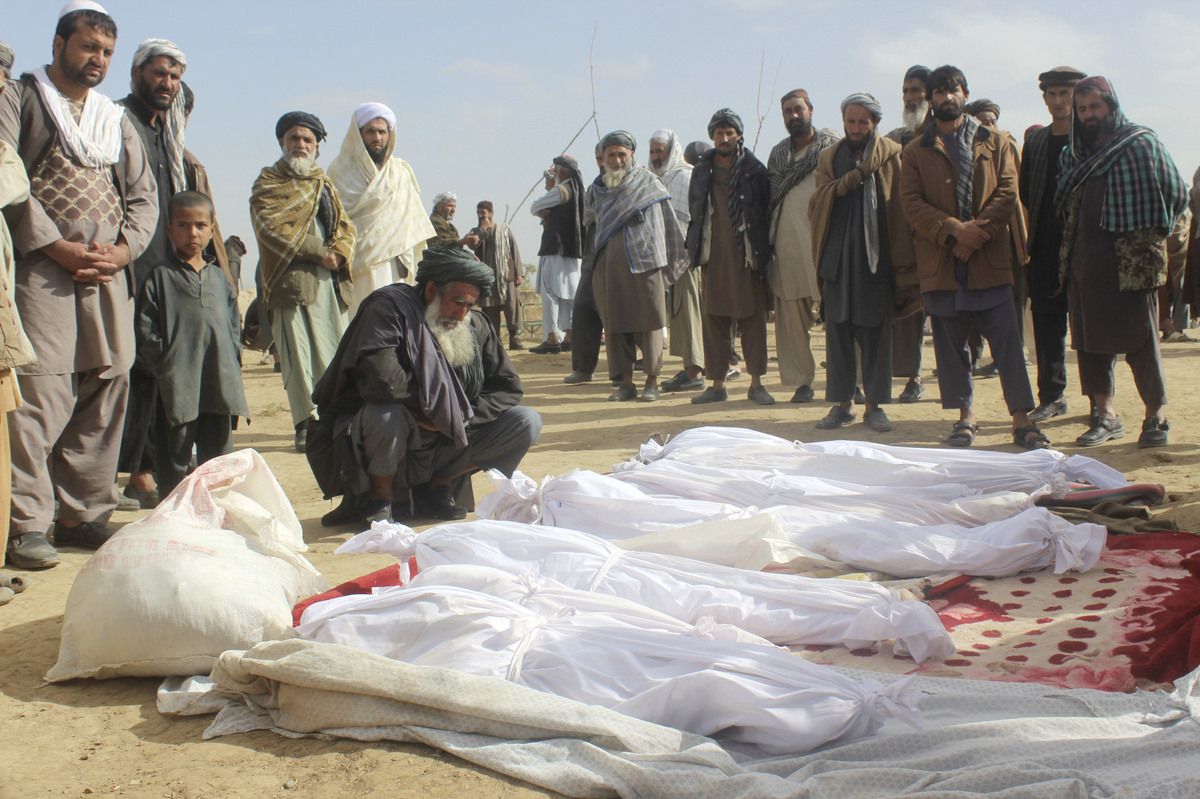 Afghan villagers gather around several victims' bodies who were killed in the November battle in Kunduz province, Afghanistan.

A U.S. military investigation has cleared the U.S. forces of wrongdoing in fighting that left 33 civilians dead and 27 others wounded last year in Afghanistan's Kunduz province, saying that they acted in self-defense.

"To defend themselves and Afghan forces, U.S. forces returned fire in self-defense at Taliban who were using civilian houses as firing positions," according to the U.S. military report published Thursday.

The November firefight started when Afghan special operations forces and some U.S.military advisers entered the village of Boz in an attempt to capture Taliban leaders there. Taliban forces started firing at the troops from civilian buildings. As the joint forces began to take casualties, they called for U.S. aerial reinforcements.

The investigation concluded that the air assets "used the minimum amount of force required to neutralize the various threats from the civilian buildings and protect friendly forces."

The killed and wounded Afghan civilians are believed to have been inside the buildings as they were hit by airstrikes, though the reports states that "no civilians were seen or identified in the course of the battle." A Taliban ammunition cache exploded during the fighting, which may have also caused casualties, the report added.

Local Afghan officials say the U.S. military's count of the civilian toll is low, according to The Associated Press. "More than 50 people, including women and children, were killed in the Afghan and U.S. forces' attack in Buz-e Kandahari," Toryalia Kakar, a deputy provincial council member, told the wire service.

"After the raid, Kunduz residents carried over a dozen corpses of the dead, including children and family members of the Taliban fighters, toward a local governor's office in a show of rage," the AP added.

A year before this battle, Kunduz was the site of a U.S. aerial assault on a Médecins Sans Frontières trauma center that killed dozens of medical staff and patients. The Pentagon disciplined 16 service members for the strike, which is says was caused by human errors, but concluded that it was not a war crime.