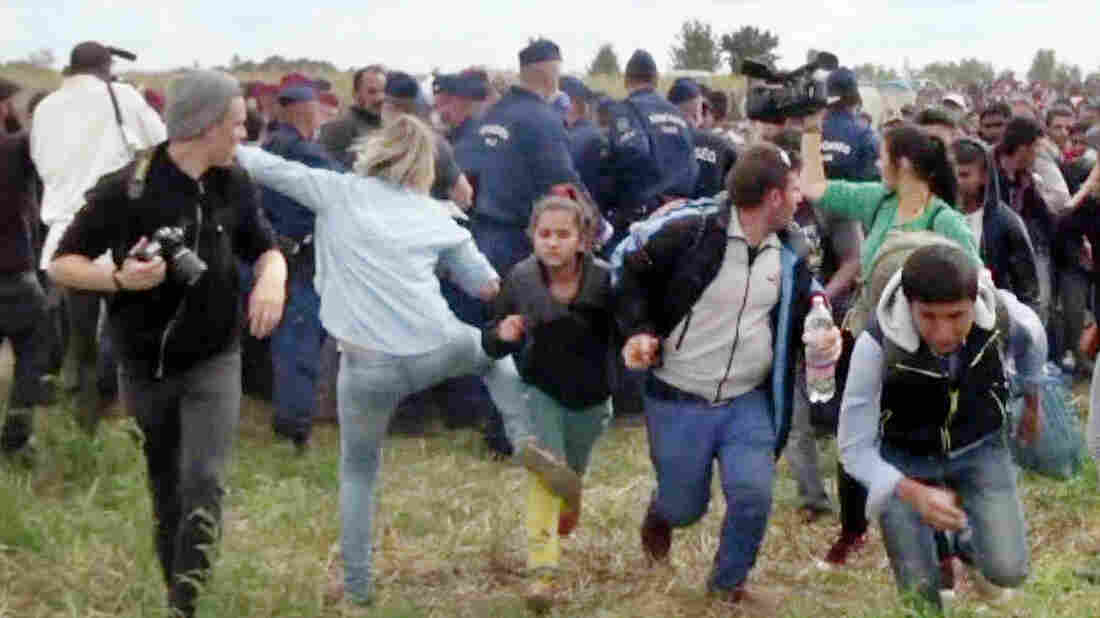 A screen grab shows a Hungarian TV camerawoman kicking a child running with other migrants from a police line during disturbances at Roszke, southern Hungary, in 2015. After the footage appeared, the camerawomen was fired. She has been sentenced to three years' probation. AFP/Getty Images hide caption 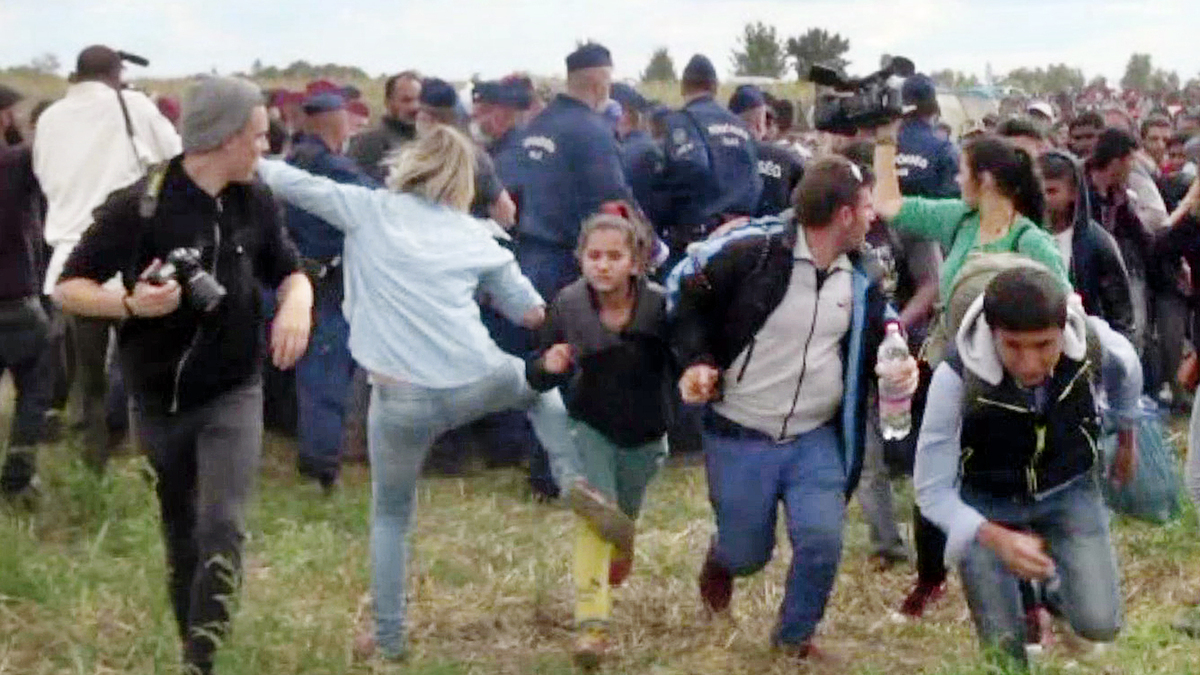 A screen grab shows a Hungarian TV camerawoman kicking a child running with other migrants from a police line during disturbances at Roszke, southern Hungary, in 2015. After the footage appeared, the camerawomen was fired. She has been sentenced to three years' probation.

A Hungarian camerawoman who was caught on film kicking migrants running from police near the border with Serbia was sentenced to three years of probation.

A judge said Petra Laszlo's behavior "ran counter to societal norms" and rejected Laszlo's claim that she acted in self-defense.

Laszlo was not charged with a racially motivated hate crime; instead, she was charged with "breach of peace." Her conviction carried a maximum two-year jail sentence, The Independent reports, but Laszlo will not serve time unless she violates the terms of her probation.

Laszlo, who did not appear in court in person because she had received death threats, plans to appeal her conviction, The Associated Press reports. The wire service has more:

"The incident occurred near the border town of Roszke on Sept. 8, 2015, where Laszlo had gone to film migrants from the Middle East who were trying to pass through Hungary on their way west. While she was filming, several migrants broke through a police cordon and jostled her as they shot by.

"Laszlo responded by delivering a roundhouse-style kick to two people as they fled, including a young girl. Later, she appeared to trip a migrant carrying a child.

" 'It was all over within two seconds,' Laszlo said. 'Everybody was shouting. It was very frightening.' "

The court convicted her after a "frame-by-frame examination of Laszlo's actions," the AP writes.

Laszlo was fired after the video went public. She apologized but also vowed to sue Facebook as well as Abdul Mohsen, the migrant who was carrying his son and fell after Laszlo tried to trip him.

After The Trip Seen 'Round The World, Syrian Refugee Builds A New Life

NPR's Lauren Frayer caught up with Mohsen last year in Spain, where he and his son moved after a Spanish man saw the video and offered him a job.

" 'I don't know, but I think she just doesn't like refugees,' Mohsen says, shrugging.

"He says he feels lucky to have escaped war in his hometown of Deir ez-Zor, Syria — now under siege by ISIS militants — and to have found work and asylum in Europe. So many other Syrians have not. ...

"Mohsen is desperate to reunite with his wife and two other children, a son, 18, and a daughter, 13."