Accessibility links
In China, State Media Blast Tillerson's Comments On South China Sea Islands : The Two-Way Rex Tillerson, Trump's pick for secretary of state, said this week China would not "be allowed" to access islands in the South China Sea. China's official response has been muted. The press, less so. 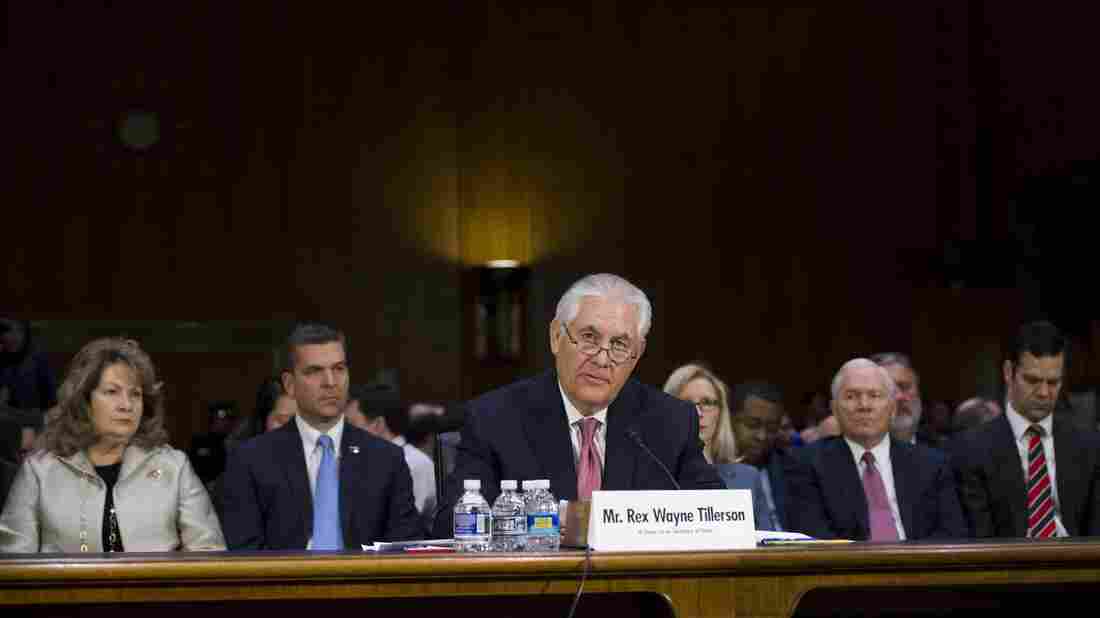 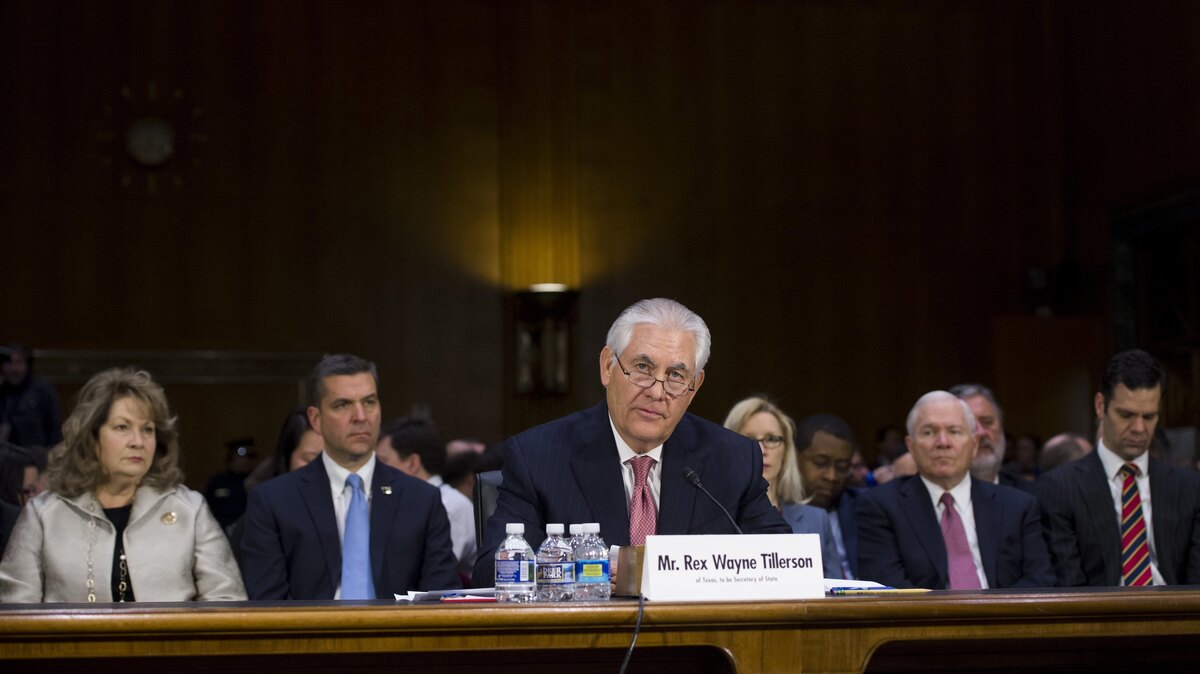 After President-elect Donald Trump's pick for secretary of state made strong statements about China's actions in the South China Sea, Chinese officials have responded with muted, measured statements — while state-run media have warned of the potential for conflict and retaliation.

Rex Tillerson, the former Exxon Mobil CEO nominated to lead the U.S. State Department, had a confirmation hearing Wednesday. He told the Senate Foreign Relations Committee that China's actions in the South China Sea were "extremely worrisome" and compared them to Russia's annexation of Crimea.

Beijing has claimed most of the South China Sea as its territory, a stance rejected by an international tribunal. China has also built artificial islands with military capabilities in the disputed territory. The U.S. has declined to take an official position on the competing claims, but periodically patrols the waters and emphasizes the need for international freedom of movement.

Tillerson said the situation was a potential "threat to the entire global economy."

Asked Wednesday whether he supports a more aggressive U.S. posture in the South China Sea, Tillerson said, "You're going to have to send China a clear signal that, first, the island-building stops, and second, your access to those islands is also not going to be allowed."

Tillerson also sharply criticized China for failing to dissuade North Korea over its nuclear program. He said the U.S. "cannot continue to accept empty promises like the ones China has made to pressure North Korea to reform."

"Such rhetoric from Washington isn't surprising," The Associated Press notes. "Past U.S. administrations have entered office seeking to get tougher on China, and failed."

China's official response has been to play down the significance of Tillerson's remarks, the AP reports:

"Foreign Ministry spokesman Lu Kang said tensions in [the South China Sea] had lessened and countries from outside the region should support efforts toward stability.

"China-U.S. relations are based on 'non-confrontation, non-conflict, mutual benefit and win-win cooperation,' Lu said at a daily briefing.

"If you take a look at [Chinese] President Xi Jinping's call with Donald Trump after he won the election, you can see that the two countries do respect each other, and we agree with him that we should develop our relations based on mutual respect,' he said."

But opinion pieces in state-run media have been blunt.

"Such remarks are not worth taking seriously because they are a mish-mash of naivety, shortsightedness, worn-out prejudices, and unrealistic political fantasies. Should he act on them in the real world, it would be disastrous.

"As many have observed, it would set a course for devastating confrontation between China and the US. After all, how can the US deny China access to its own territories without inviting the latter's legitimate, defensive responses?"

A piece in The Global Times, meanwhile, said that "unless Washington plans to wage a large-scale war in the South China Sea, any other approaches to prevent Chinese access to the islands will be foolish. ... Tillerson had better bone up on nuclear power strategies if he wants to force a big nuclear power to withdraw from its own territories."

The Global Times is "known for its hawkish and colorfully-worded editorials," CNN notes, "but analysts say it doesn't necessarily reflect Chinese policy."