Accessibility links
Gene Cernan, Last Man To Walk On The Moon, Dies At 82 : The Two-Way Cernan flew in space three times, took the second American spacewalk, and was just as thrilled to walk on the moon as if he had been the first to do it. 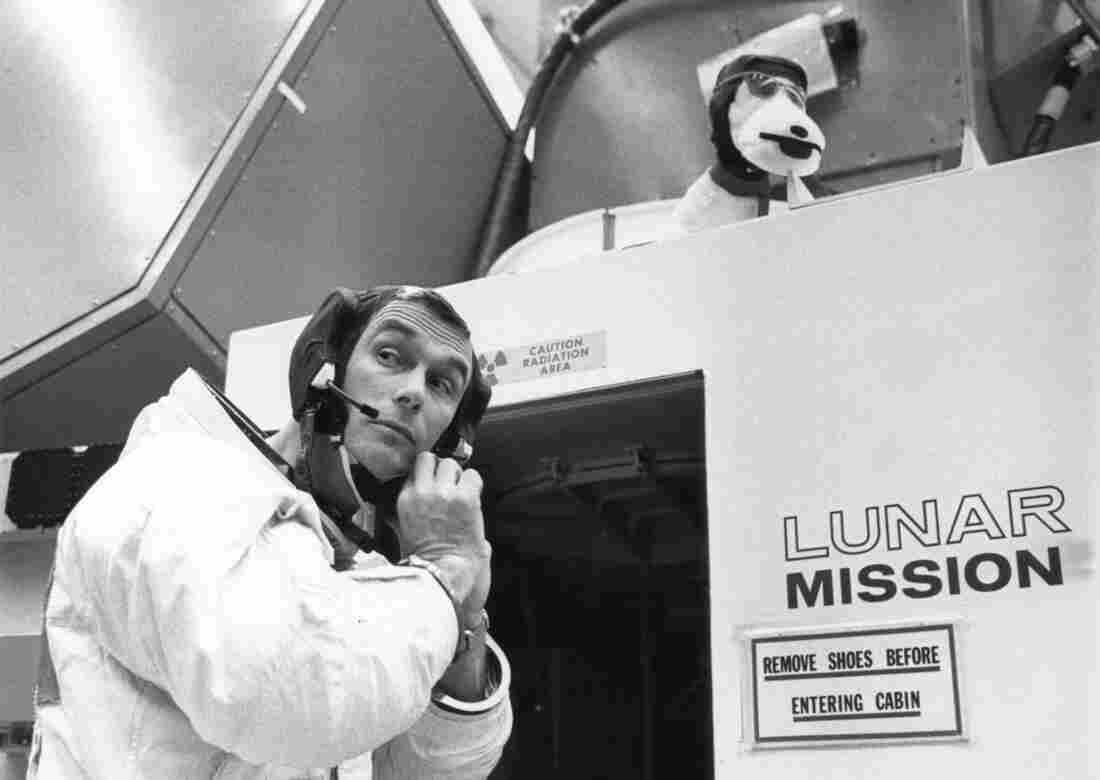 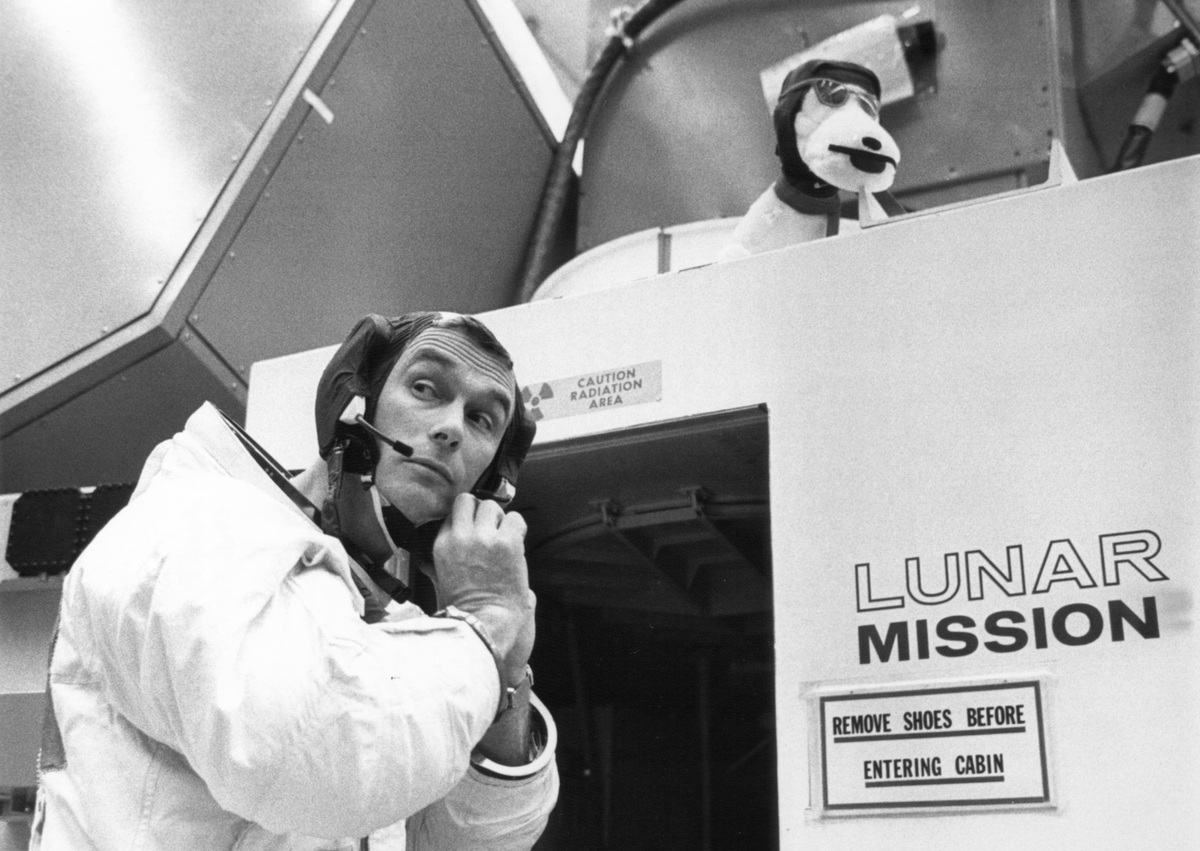 Gene Cernan prepares for his 1969 Apollo 10 flight, adjusting his headset outside a lunar module simulator.

The last person to leave footprints on the moon has died. NASA reported that Gene Cernan died Monday at the age of 82, surrounded by his family.

Gene Cernan flew in space three times, including twice to the moon. Cernan was big, brash and gregarious. And if he hadn't been lucky, he could have missed his chance to walk on the moon.

Cernan challenged himself his whole life. When he entered the military, he chose to be a naval aviator. Landing on an aircraft carrier is perhaps the hardest thing to do in aviation. Cernan did it because it wasn't easy. He said he was constantly pushing himself to do better and be better. 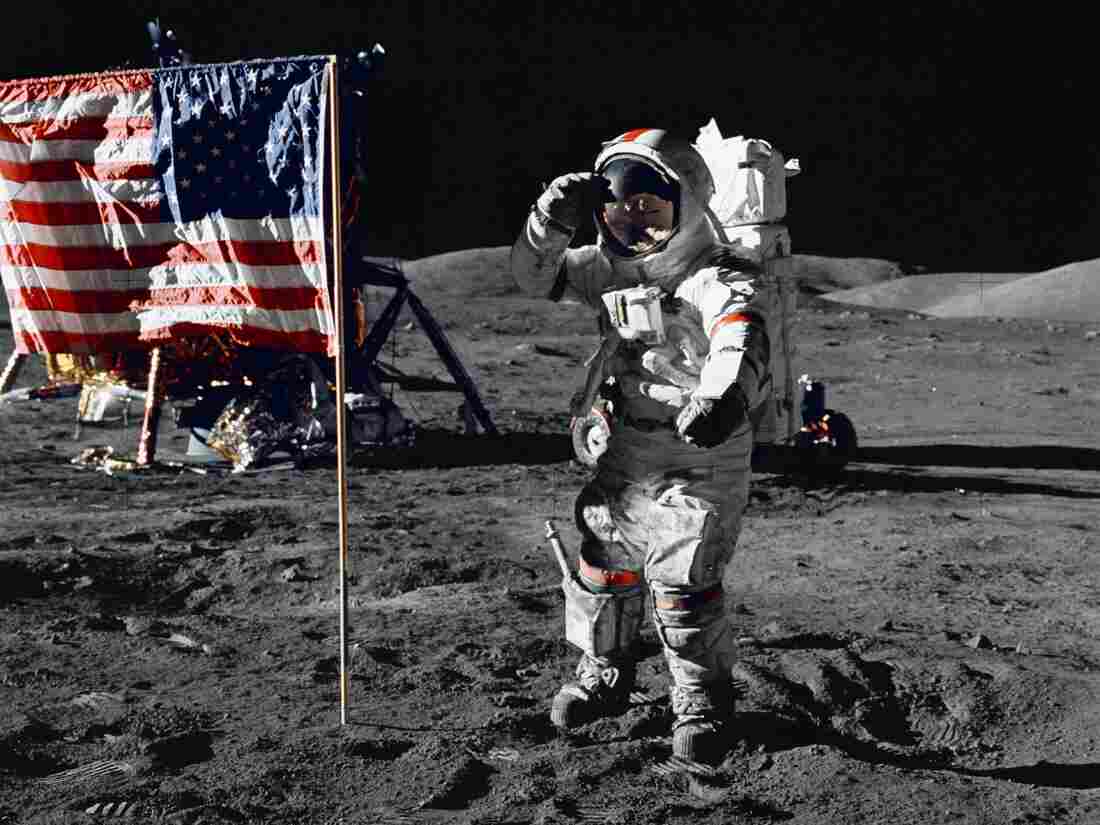 Cernan salutes the U.S. flag during his moonwalk in 1972. No one else has been there since Apollo 17 left. NASA hide caption 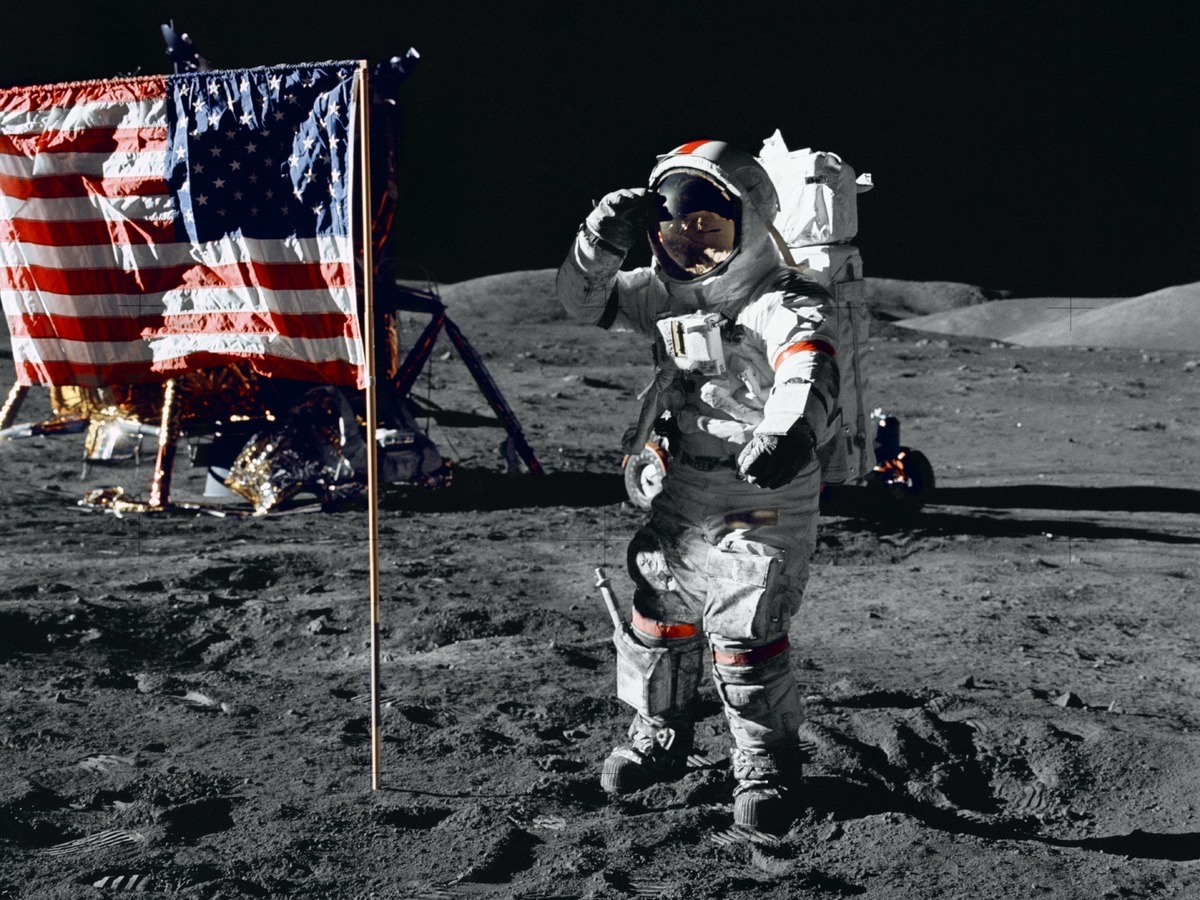 Cernan salutes the U.S. flag during his moonwalk in 1972. No one else has been there since Apollo 17 left.

Cernan's final trip in space was also the final time NASA sent people to the moon, the Apollo 17 mission, which took off on Dec. 7, 1972.

John Glenn, First American To Orbit The Earth, Dies At 95

Four days later, Cernan landed the lunar module on the moon with astronaut Harrison "Jack" Schmitt. Cernan couldn't hide his enthusiasm as he exited the spacecraft, saying, "We'd like to dedicate the first steps of Apollo 17 to all those who made it possible. Oh my golly! Unbelievable!"

Decades later, Cernan reflected on that moment in a 2015 NPR interview, no less thrilled to be the last, rather than the first, to go there. "The first steps had been made by others long before I got there. But those were my first steps." 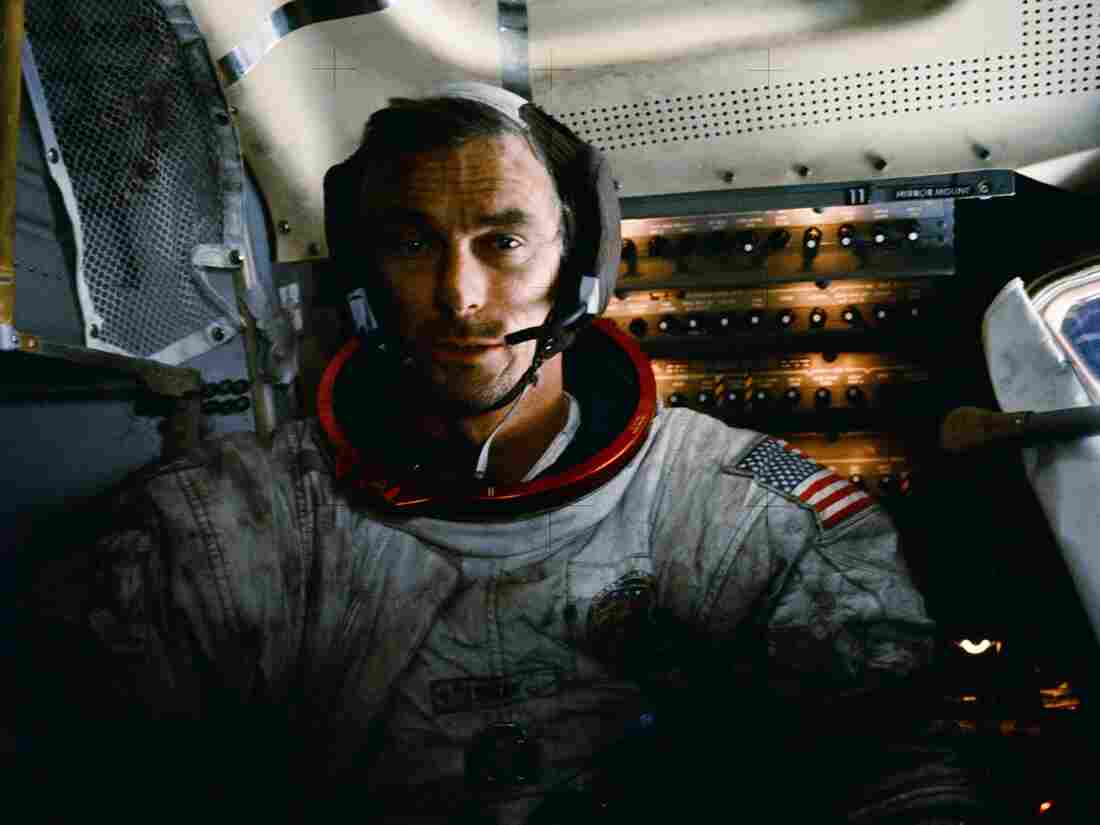 Cernan in the Apollo 17 lunar module after one of three moonwalks. NASA hide caption 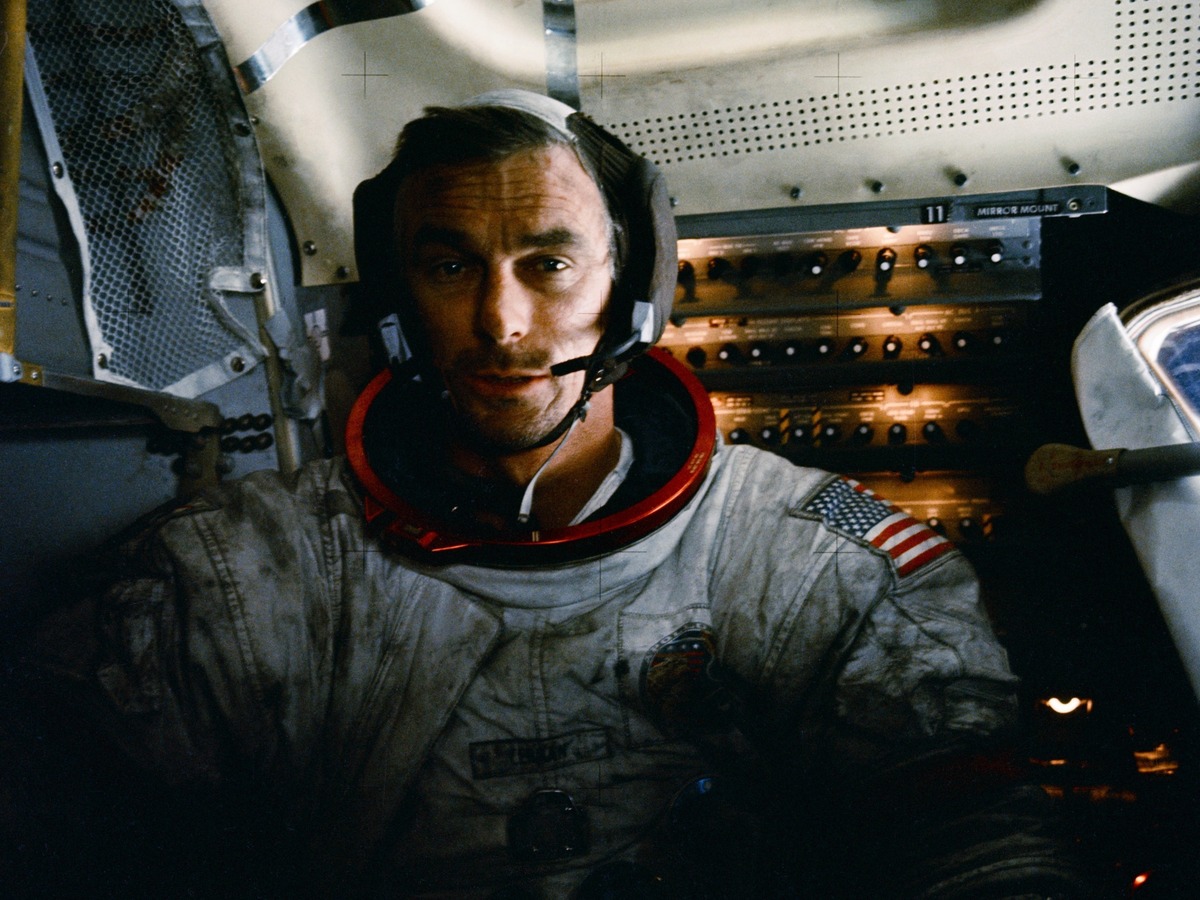 Cernan in the Apollo 17 lunar module after one of three moonwalks.

Cernan is one of only three people to travel to the moon twice (Jim Lovell and John Young were the others). Before Apollo 17, he flew on Apollo 10, which was the mission just before the first lunar landing.

On Gemini 9 in 1966, he conducted the second American spacewalk (which almost ended in disaster). Cernan had trouble controlling his body in the weightlessness of space. He became exhausted. His visor fogged up and he barely had the strength to get back into the capsule and close the hatch. "Fate played another trick because I might not have come home from that flight. We didn't know much about what we're doing [yet]."

Dreaming big and working hard were two things Cernan always did. He grew up in Chicago. Neither of his parents went to college, but he earned several degrees in engineering. 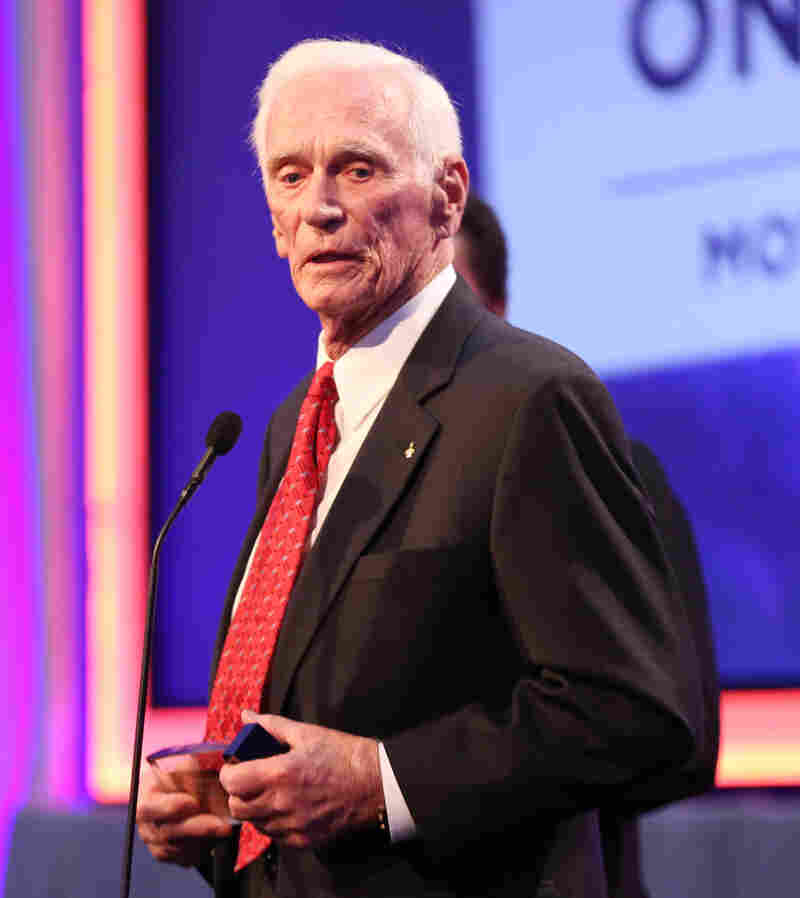 Cernan accepts an award from AARP in February 2016 for his documentary film, Last Man on the Moon. Matt Sayles/Invision/AP hide caption 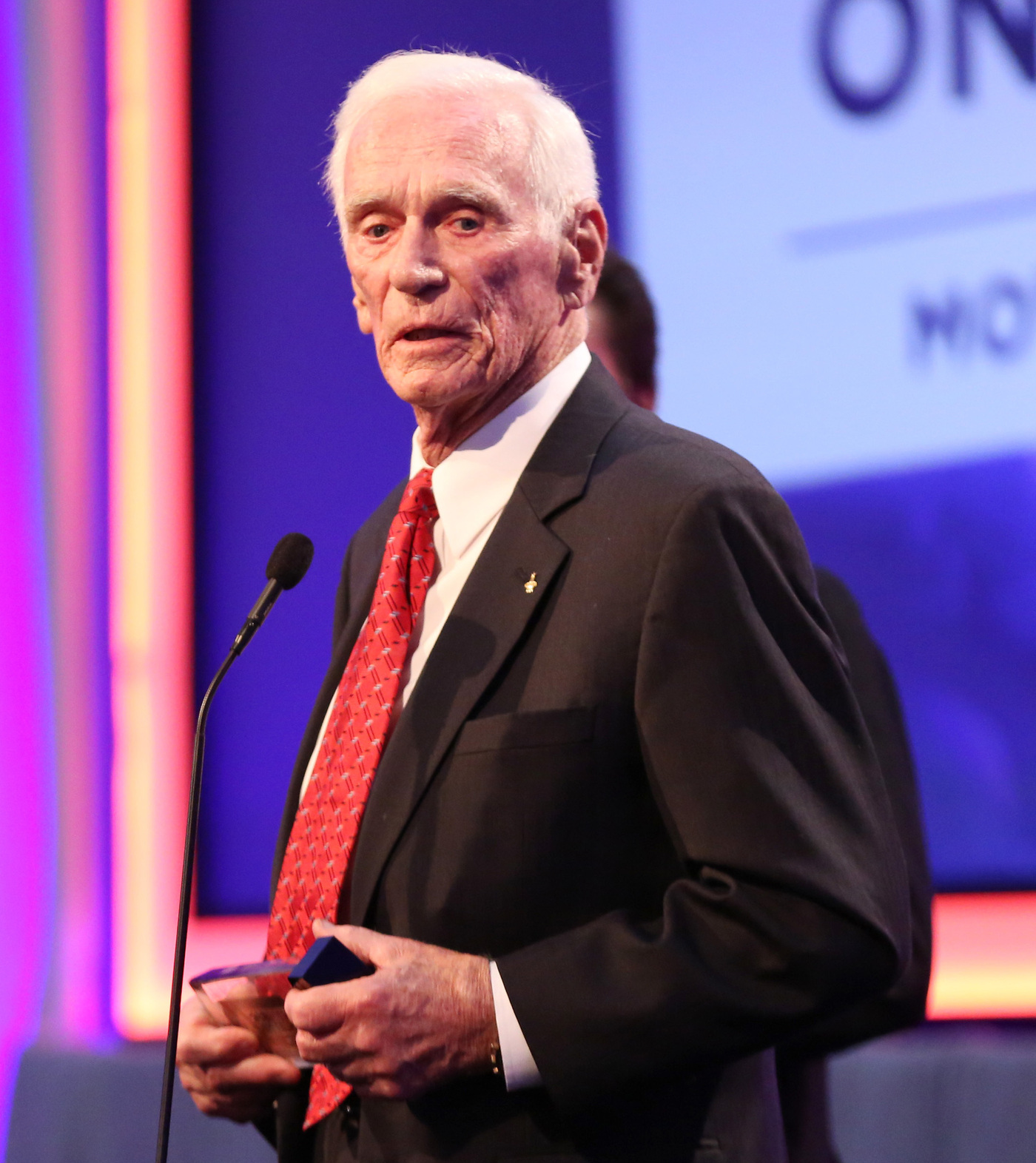 Cernan accepts an award from AARP in February 2016 for his documentary film, Last Man on the Moon.

Despite Cernan's technical background, his time on the moon and in space forever altered his life. Cernan said he gained a new perspective, because "when you leave the Earth, it's not only technologically different — it's philosophically different and it's spiritually different."

Many astronauts had difficulty describing what it was actually like to be in space — not in the technical sense, but in finding the words to share that remarkable experience. He chronicled some of them in his 2016 documentary, Last Man on the Moon.

"Many of the astronauts didn't really know how to describe that because that's not what they were going there for," said Francis French of the San Diego Air and Space Museum, who has written many books on the space program. "Gene Cernan in the decades after his mission really reflected on that and he [very well described] what that's like."

There's something else about Cernan: He had the opportunity to land on the moon during an earlier mission, Apollo 16, as the pilot. But he turned it down, because he wanted to be commander, in charge of the mission.

"I sort of felt like I'd been an underdog most of my life," he recalled. "[Achieving the command of Apollo 17], I proved to myself that I was good enough. That I could get the job done. That was a big point in my life."

Cernan spent his post-NASA life trying to inspire young people. He once said, "Dream the impossible — and go out and make it happen. I walked on the moon. What can't you do?"