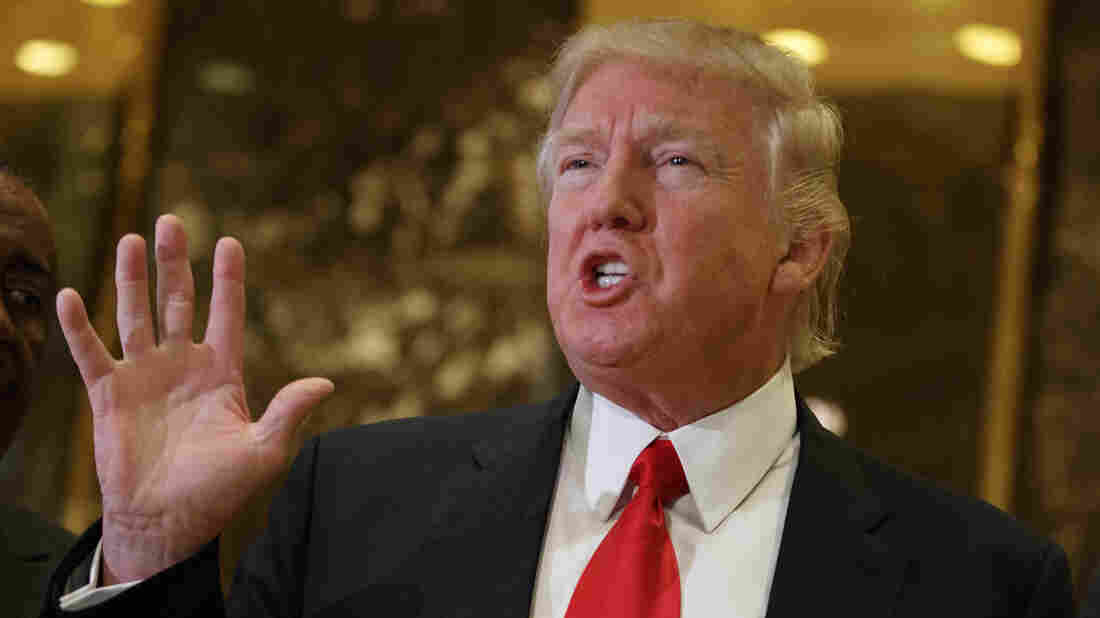 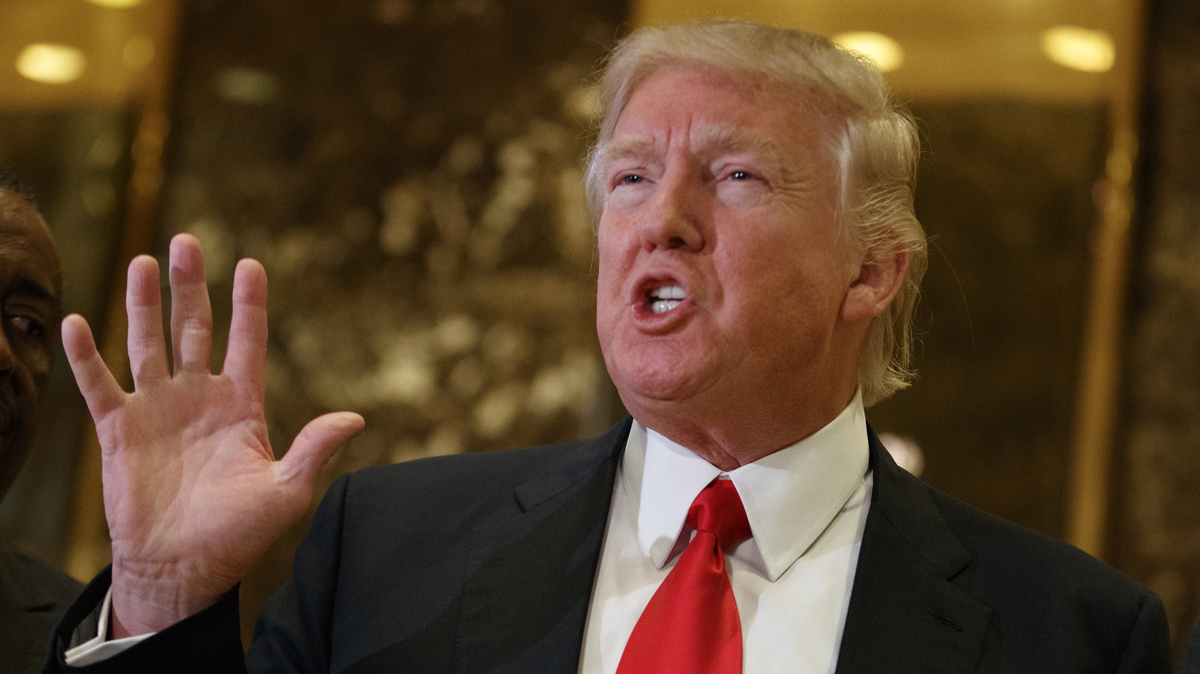 President-elect Donald Trump speaks with reporters in the lobby of Trump Tower in New York on Jan. 13.

President-elect Donald Trump said he's finishing a plan to replace the Affordable Care Act with a proposal that would provide "insurance for everybody," according to a report by The Washington Post.

He did not get into any specific details about his healthcare plan during a telephone interview with the newspaper. But he did say it would be "much less expensive" and would involve "much lower deductibles."

His plan will be revealed, Trump suggested, after the U.S. Senate confirms his nominee for Health and Human Services secretary, Rep. Tom Price, a Republican from Georgia. The Senate Finance Committee has not announced the timing of Price's confirmation hearing yet.

Still, Trump said he expects Republicans in Congress to replace Obamacare quickly with his plan and is ready to put pressure on lawmakers, telling the Post:

"I think we will get approval. I won't tell you how, but we will get approval. You see what's happened in the House in recent weeks," Trump said, referencing his tweet during a House Republican move to gut their independent ethics office, which along with widespread constituent outrage was cited by some members as a reason the gambit failed.

Trump's comments come as Republicans continue their debate over how exactly to repeal and replace Obamacare, while Democrats have been holding rallies around the country in support of the existing health care law.

Last week, GOP lawmakers approved a budget resolution that sets up a framework for repealing the Affordable Care Act. But House Speaker Paul Ryan, R-Wis., has said that lawmakers are not "holding hard deadlines" for replacing the federal health policy.