Accessibility links
Orlando Police Arrest Suspect In Officer's Death, Ending Monthlong Manhunt : The Two-Way Earlier this month, two law enforcement officers died during the search for Markeith Loyd, who was wanted in the murder of a pregnant woman. He was put in the handcuffs of one of the fallen officers.

The hunt for a man suspected of killing a pregnant woman and an Orlando police officer has ended more than a month after it began. Markeith Loyd was arrested Tuesday, placed in the very handcuffs once owned by Master Sgt. Debra Clayton, the officer he allegedly killed.

"I believe our entire community is going to breathe a sigh of relief at this point," Orange County Sheriff Jerry Demings said at a news conference Tuesday night. "This maniac, if you will, is off the streets of our community."

We've got him! Markeith Loyd in OPD ICustody. Details to come. Media: stand by for details on press conference. pic.twitter.com/SVjFUEvNak

At the time of his arrest, Loyd, 41, was in an abandoned home, wearing body armor and with two handguns in his possession, according to Orlando police. Authorities say he threw the firearms to the ground but continued to resist arrest while being taken into custody. 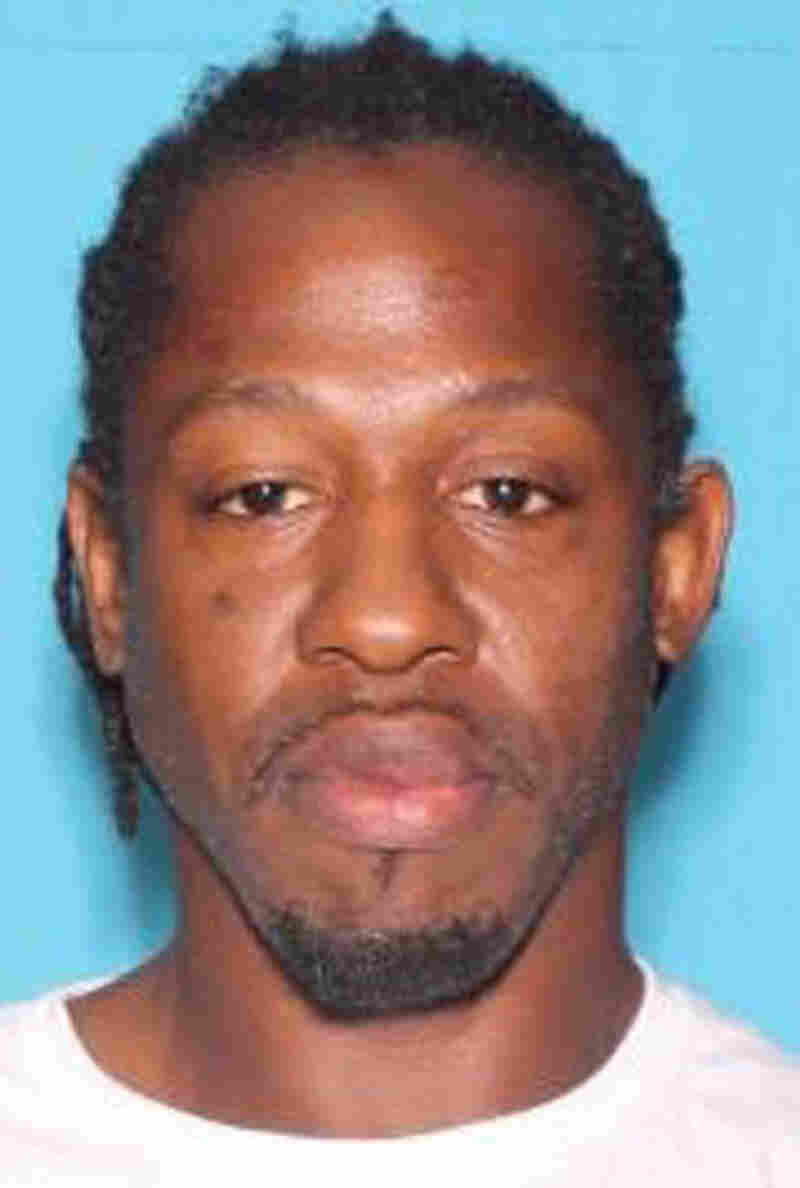 This undated photo provided by the Orlando Police Department shows Markeith Loyd, a suspect in the fatal shooting of an Orlando police officer earlier this month as well as a 24-year-old woman who was three months pregnant. AP hide caption

Earlier this month, Clayton was killed during a confrontation with Loyd near a Wal-Mart in Orlando, Fla. He had been sought in the murder last month of Sade Dixon, a 24-year-old woman who was three months pregnant at the time of her death, according to NBC News. Dixon's brother also was shot.

After Clayton's killing, Loyd fled the Wal-Mart, allegedly stealing a car and mobilizing a massive police manhunt behind him.

As The Two-Way reported, Clayton was not the only law enforcement officer to die in the hunt for Loyd.

"During the search, authorities say, a sheriff's deputy riding a motorcycle was hit by a car and later died. The deputy has been identified as Deputy First Class Norman Lewis, an 11-year-veteran of the force.

"This is probably one of the toughest days for me in my career," Demings told reporters at the time.