China's First Freight Train To The U.K. Rolls Into London

China's First Freight Train To The U.K. Rolls Into London 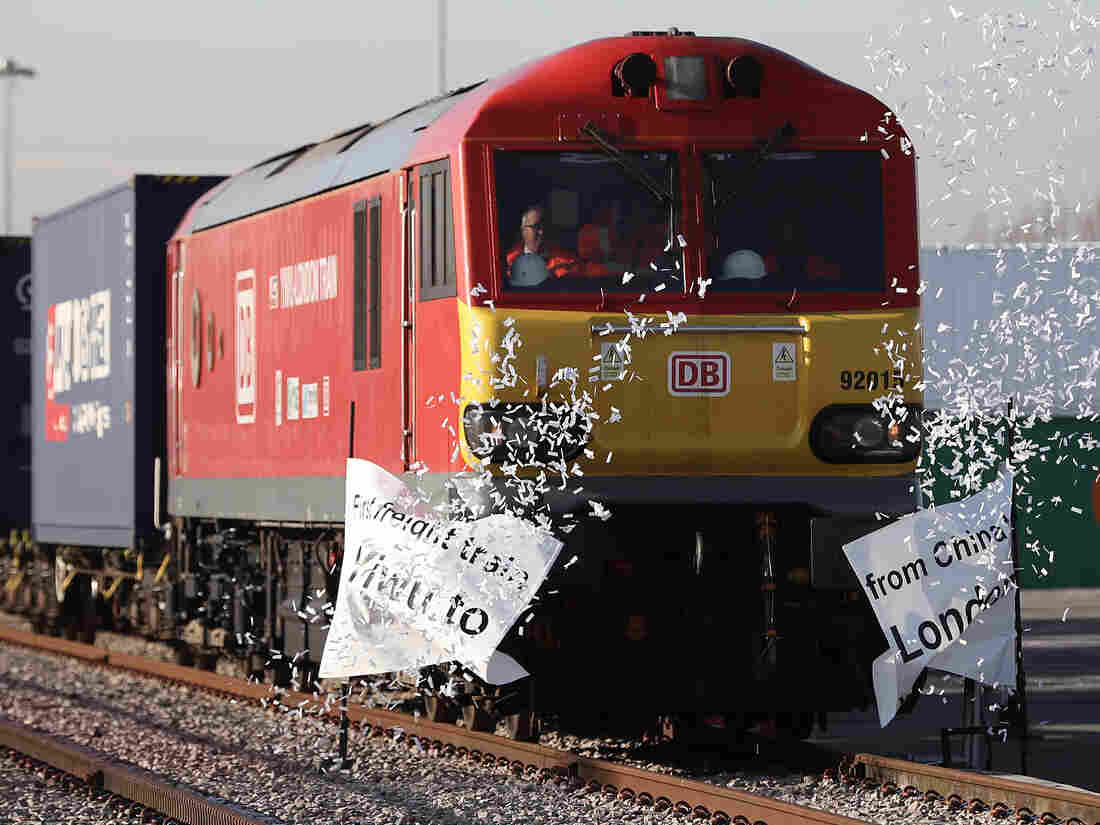 The train, which began its journey in Yiwu, China, pulls into a rail freight terminal on Wednesday in London, after traveling for 16 days — across about 7,456 miles and nine countries. Dan Kitwood/Getty Images hide caption 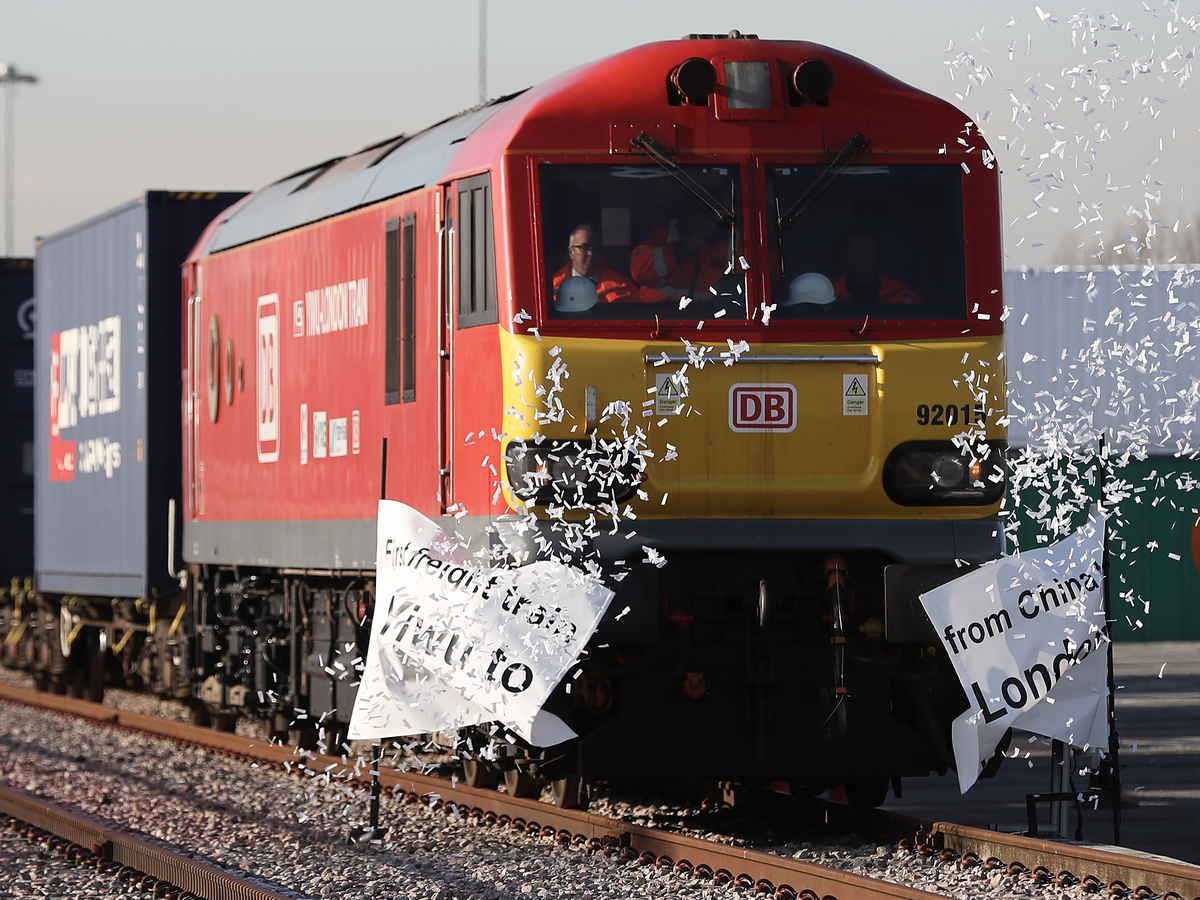 The train, which began its journey in Yiwu, China, pulls into a rail freight terminal on Wednesday in London, after traveling for 16 days — across about 7,456 miles and nine countries.

It took about two weeks, nearly 7,500 miles, nine countries and two continents. But before this freight train could roll to a well-deserved stop, it had to break through one final barrier, a banner proclaiming its historic achievement:

"First freight train from China to UK — Yiwu to London."

The train, which set out from the eastern Chinese city earlier this month, inaugurated a direct freight train service between the two countries with its arrival in east London's Barking terminal Wednesday. But to do so, it first had to cross Kazakhstan, Russia, Belarus, Poland, Germany, Belgium and France.

The final leg of its intercontinental trip was under the sea, in the Channel Tunnel between France and the U.K.

It should be noted, the news comes with a little caveat. The train that left Yiwu isn't identical to the one that rolled into London, as The Guardian notes: "Differing rail gauges in countries along the route mean a single locomotive and set of wagons cannot travel the whole route."

Still, the freight train — with its rather mundane cargo of clothing and household goods — marks a milestone for an altogether more ambitious plan: the revival of the centuries-old Silk Road trade routes between China and the West. Chinese President Xi Jinping announced the multibillion-dollar investment in infrastructure known as "One Belt, One Road" in 2013.

With the new service, London is now the 15th European city to be linked with China by rail — and the BBC reports China is planning another 20 European routes. The U.K. route was announced by the state-run China Railway Corporation, and it is operated by the Yiwu Timex Industrial Investment Company.

It is seen as a possible compromise for companies looking to send goods from the one country to the other, trimming the expenses of air travel and cutting the time of shipping by sea.

"For us a service which is quicker than sea and cheaper than air is a great middle ground," British exporter Jody Jacobs tells the BBC. 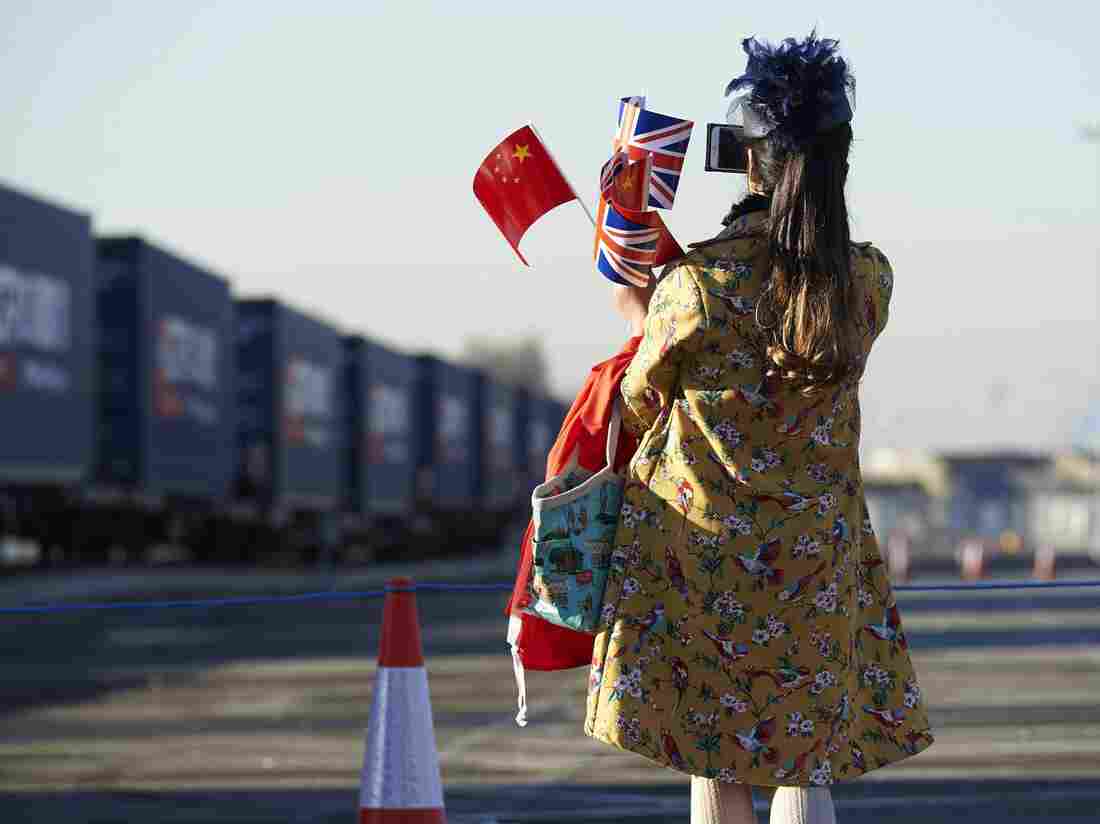 The train's arrival attracted a crowd of onlookers, including this woman who celebrated the new connection with both countries' flags. Niklas Hallen/AFP/Getty Images hide caption 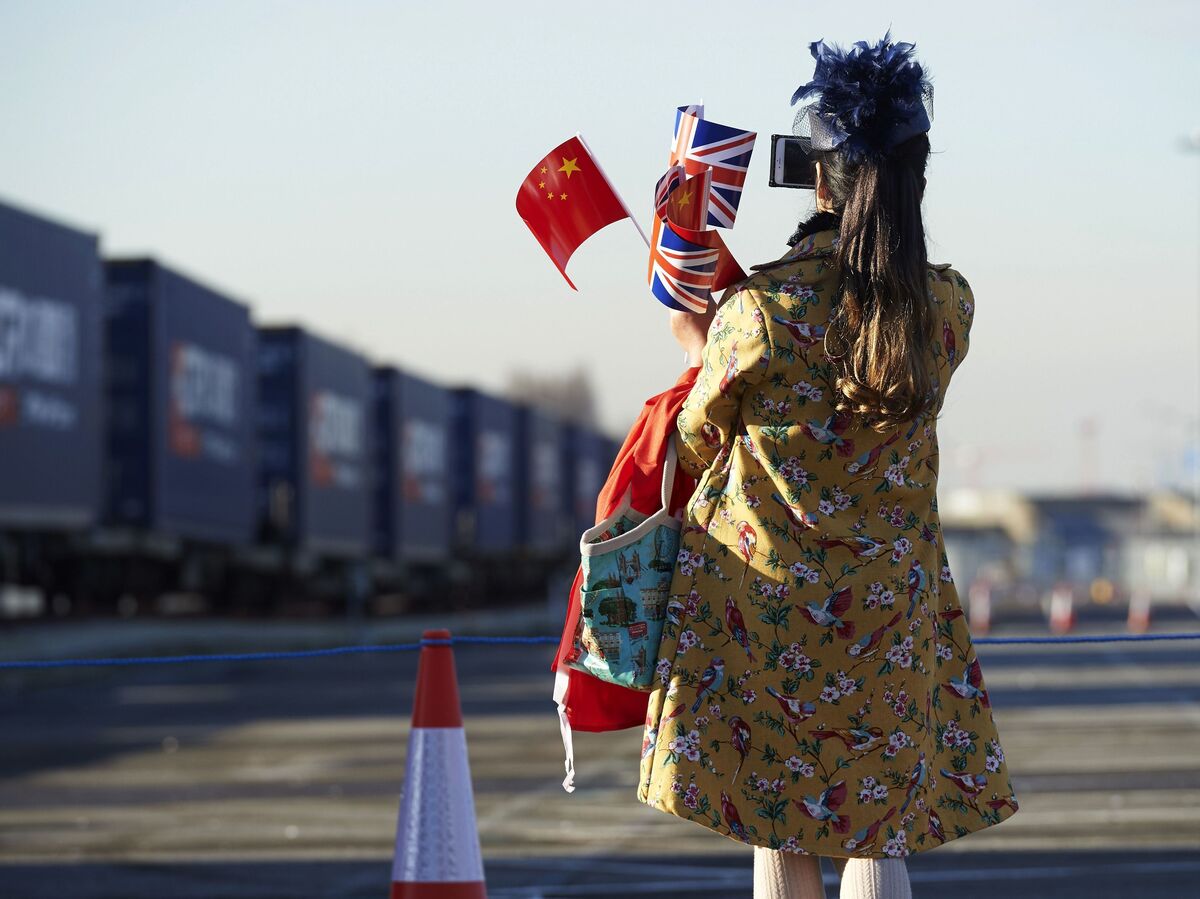 The train's arrival attracted a crowd of onlookers, including this woman who celebrated the new connection with both countries' flags.

The initial service will be offered weekly, as the operators gauge interest from potential shippers.

"This is the first train for a test — we want to know what's the reaction of the UK market," Oscar Lin told Reuters. Lin is the general manager at OTT Logistics, the British booking office for the train. "But we've already received a lot of enquiries ... 50 or 60 in just two weeks, without any marketing."

For now, the new connection between the Brits and the Chinese is a bit of a one-way street. The Associated Press reports there is no service to send goods from the U.K. to China, though operators are not ruling out adding one in the future.