Accessibility links
Dozens Of False Killer Whales Mysteriously Strand Themselves In Florida : The Two-Way At least 82 of the animals have died during the mysterious event on a remote coast in Florida's Everglades National Park. The species is part of the dolphin family and forms strong social bonds. 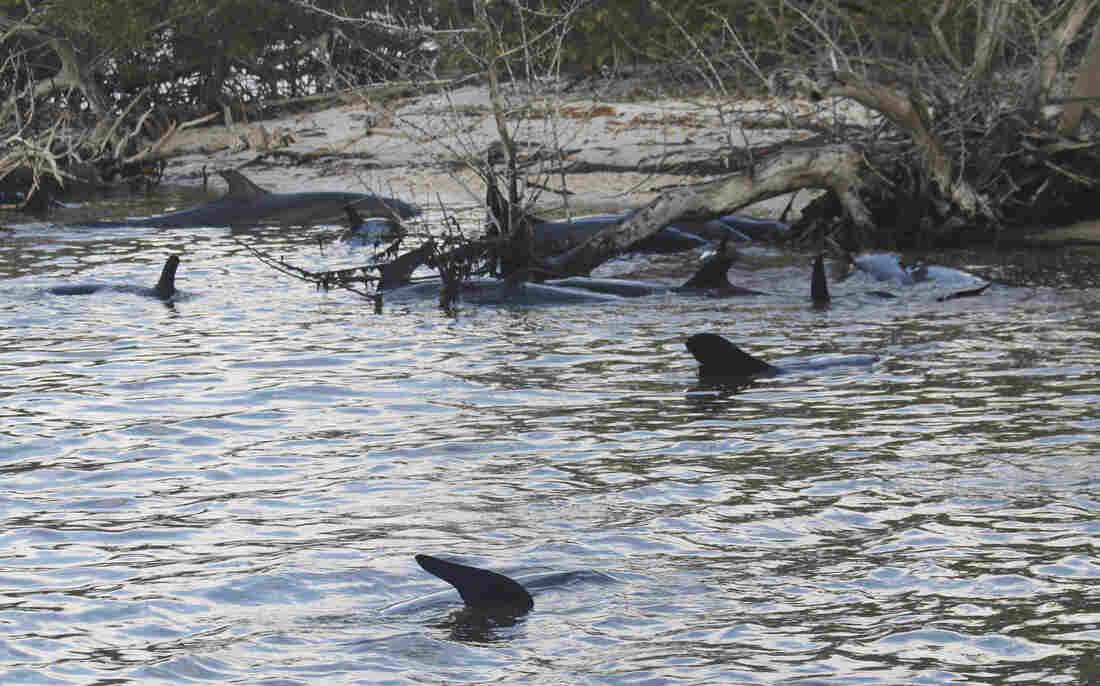 A group of false killer whales is stranded near the Florida Everglades. AP hide caption 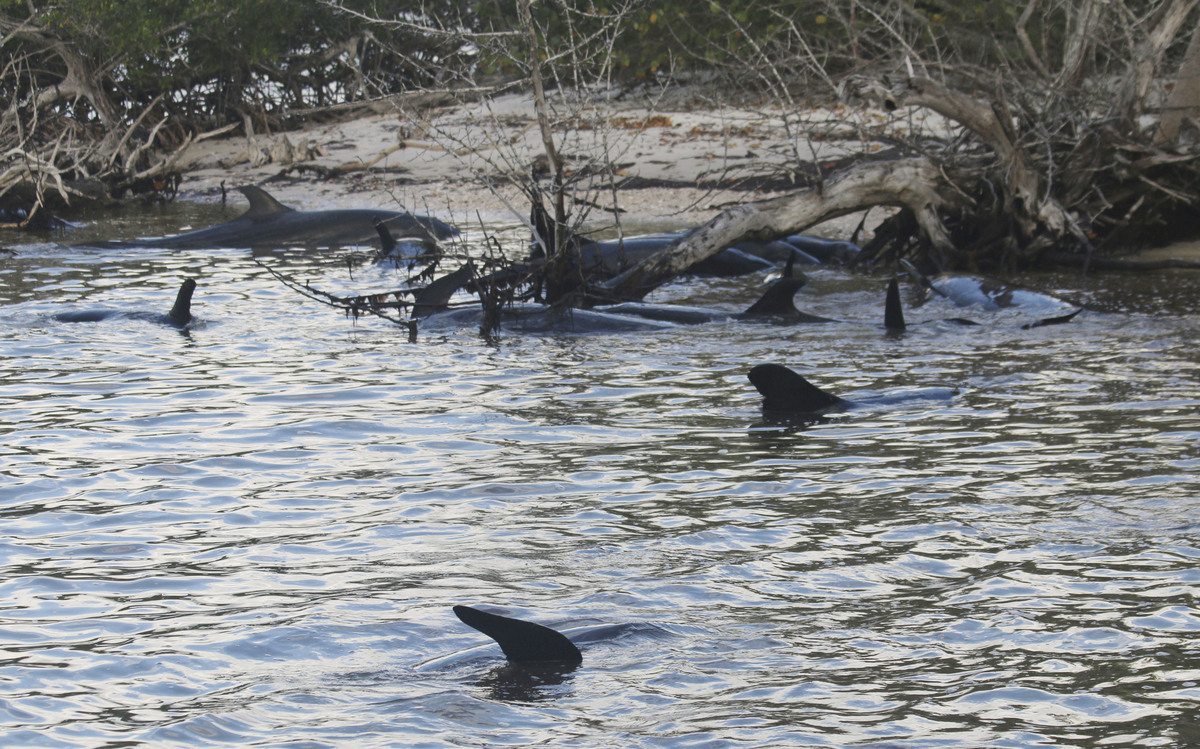 A group of false killer whales is stranded near the Florida Everglades.

Scientists are trying to determine why a group of at least 95 false killer whales stranded themselves on a remote coast in Florida's Everglades National Park. At least 82 of the animals have died, according to the National Oceanic and Atmospheric Administration.

The event was first reported on Saturday and rescue efforts to herd the animals to safety have seen "minimal success," she said in a Facebook Live video with the Weather Channel on Wednesday. The remote location, along Hog Key in the Everglades, is difficult for biologists to reach and dense with mangroves.

False killer whales are members of the dolphin family and adult males can grow to a length of almost 20 feet. 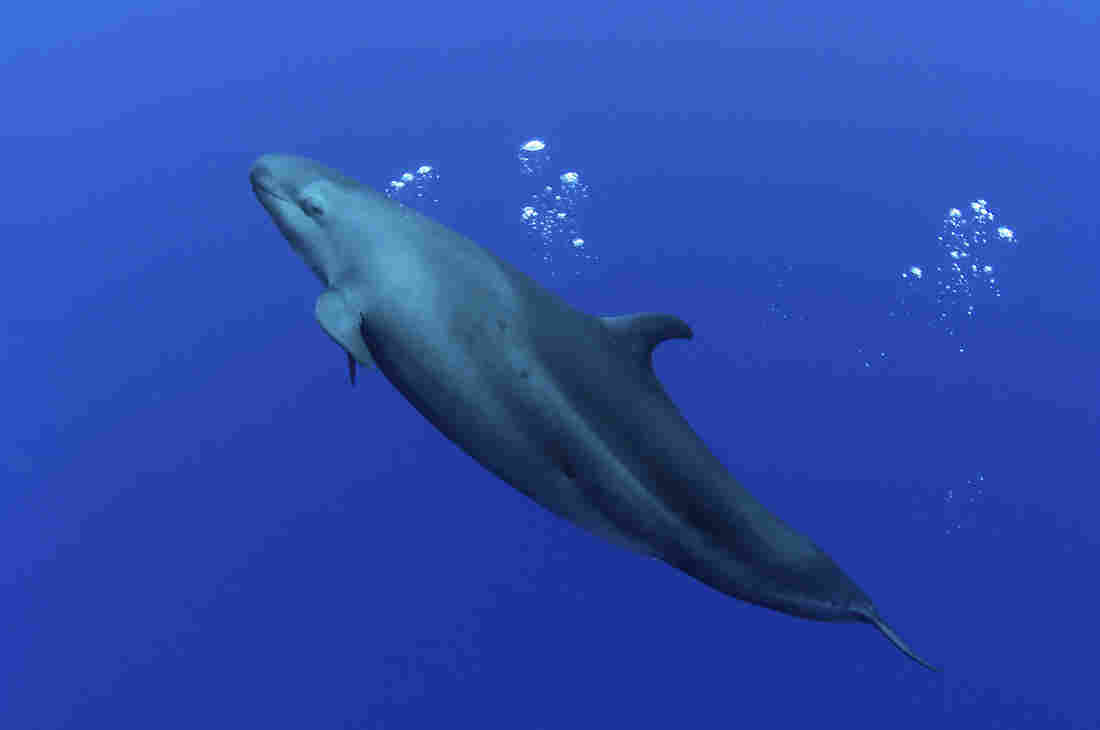 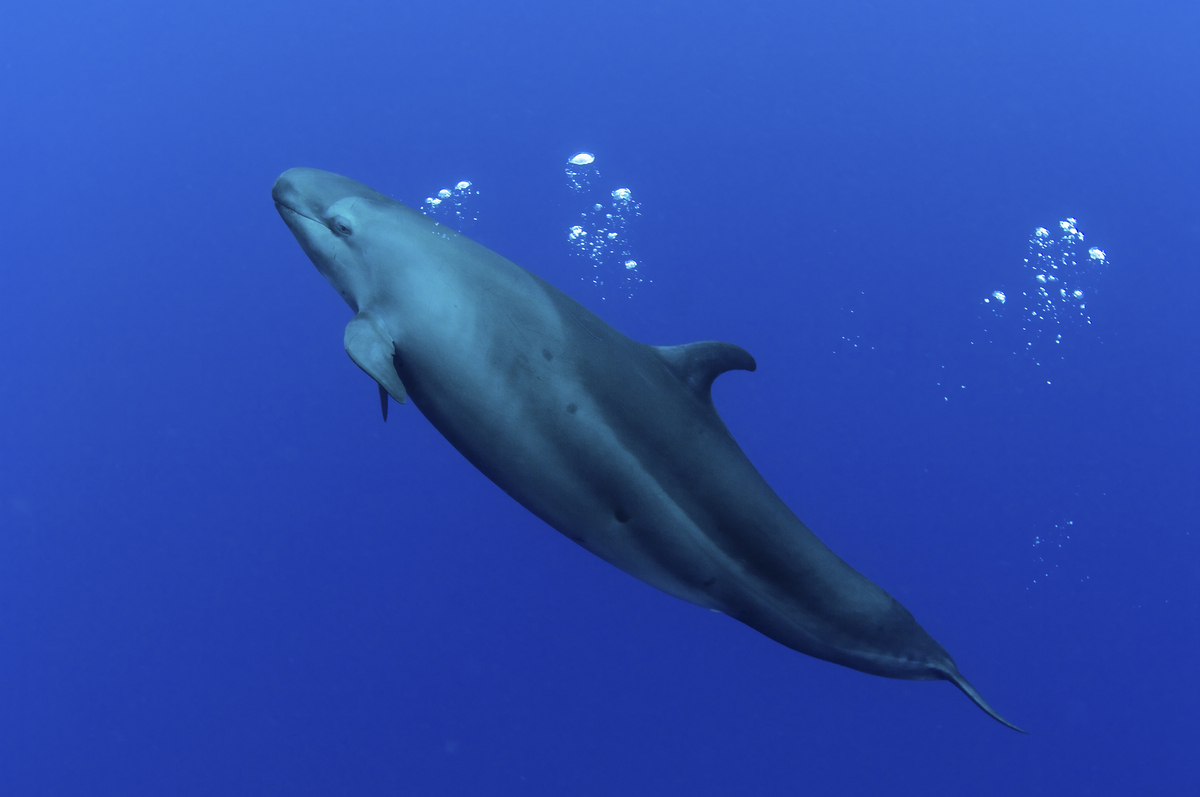 The members of this species that live in the Gulf of Mexico is not overall considered endangered, Fougères added, though another population of the species near Hawaii is.

Menopause Mystery: Why Do Female Killer Whales Experience The Change Of Life?

Scientists have taken tissue samples from some of the dead animals, hoping that it might shed light on what caused the stranding.

The animals live in groups, and are "known to 'strand' in large groups as well," according to NOAA. Fougères said in the Weather Channel video that the strong bonds between the whales may have contributed to the large number that were stranded:

"They live in kind of a constant social group, so when one or two individuals become sick, it's thought that when they head towards shore the rest of the group will follow because they are so closely knit. We don't know that that's what happened in this particular situation but it is one of the common theories that is considered when there is a mass stranding of animals."

The stranding may never be explained. As National Geographic writes, "Of the 62 'unusual mortality events' tracked by NOAA since 1991, causes have been found for just 30, ranging from toxic algal blooms to run-ins with humans, such as collisions with shipping vessels."