Accessibility links
Samsung Head Avoids Arrest On Bribery Charge, But He's Not In The Clear : The Two-Way Judges in Seoul said early Thursday there was insufficient cause to arrest the head of South Korea's most powerful conglomerate. But he's not exonerated.

Samsung Head Avoids Arrest On Bribery Charge, But He's Not In The Clear

Samsung Head Avoids Arrest On Bribery Charge, But He's Not In The Clear 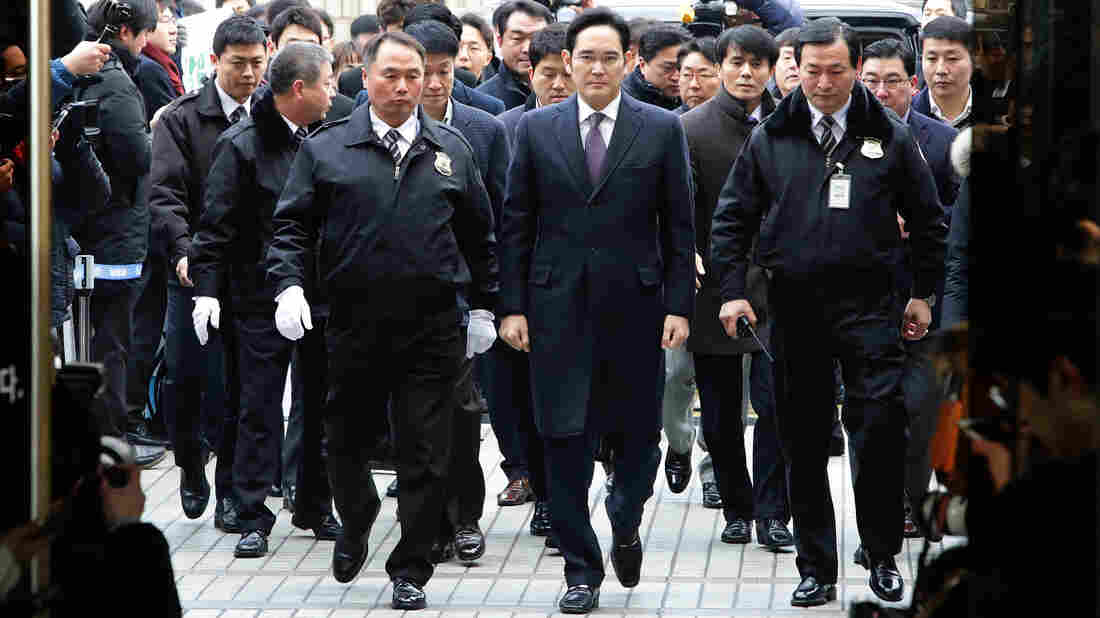 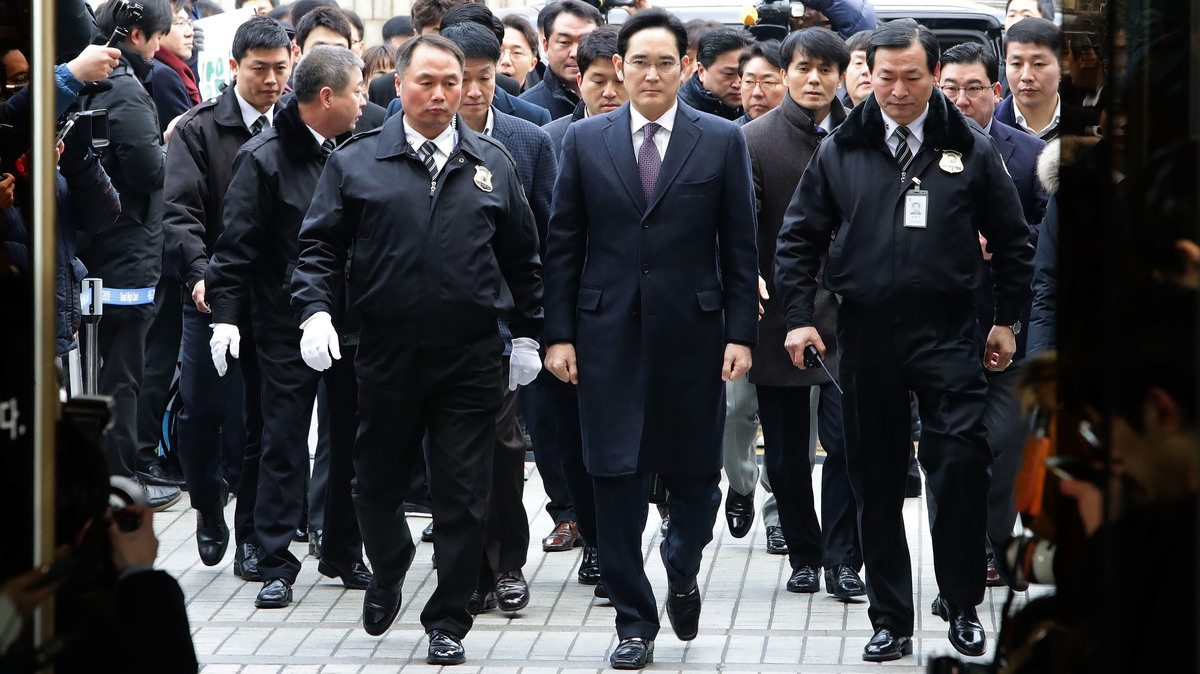 Jay Y. Lee, vice chairman of Samsung, arrives at the Seoul Central District Court on January 18. A judge said there wasn't enough evidence for his arrest on bribery charges.

South Korean judges Thursday denied a request by prosecutors to arrest Jay Y. Lee, the de facto leader of the sprawling Samsung conglomerate, saying there wasn't enough evidence to detain him on bribery charges. Lee is ensnared in South Korea's largest political corruption scandal to date, involving people at the highest levels of business and government.

"We appreciate the fact that the merits of this case can now be determined without the need for detention," Samsung said, in a statement issued after the early morning decision.

Lee is accused of overseeing illicit payments of $36 million in Samsung funds to non-profits created by Choi Soon-sil, a woman being dubbed "Korea's Rasputin" for her ties to President Park Geun-hye and the latitude she allegedly enjoyed in helping shape government decisions from behind-the-scenes.

Investigators believe Samsung made the donations in order to curry support for a controversial 2015 merger between two Samsung affiliates, which was opposed by the South Korean pension fund, a key investor.

Lee is not facing immediate arrest on the charges of bribery, perjury and embezzlement, but he's not in the clear. The investigation by special prosecutors here continues, and they can indict him on lesser charges at a later date.

"We will take necessary steps and persist in our investigation without wavering," said Lee Kyu-chul, a spokesman for the special prosecutor said, following the court's decision.

The attention on Lee has shone a light on the powerful, patriarchal family-owned conglomerates here known as chaebol. The public has grown wary of their influence and coziness with the halls of power.

South Korea, as we have reported, is often called the "Republic of Samsung." As the Asia Times' John Power notes:

In South Korea, the arrest and prosecution of business leaders is far from unusual. But what is rare is for a chaebol boss to actually serve out a sentence in jail. Lenient judges, citing risks to the economy, have typically given convicted business leaders suspended sentences, while successive presidents have pardoned them of their crimes.

"I think that most Koreans are sick and tired of corruption and the 'money talks' attitude of chaebol and the people in power," said Steven Kim, a policy advisor to Transparency International Korea, which ranks the country 37th on its global Corruption Perceptions Index. Kim said he hoped the investigation of the country's most powerful firm would mark a turning point in the country's response to corporate misdeeds.

As investigations into chaebol continue, so does the probe into Choi Soon-sil and President Park Geun-hye, whose impeachment trial is ongoing in Seoul. Prosecutors have named Park as an accomplice to the schemes which helped Choi's non-profits collect millions for purposes such as underwriting Choi's daughter's equestrian dreams. Investigators believe Samsung spent nearly $1 million on a champion dressage horse for Choi's daughter.