Accessibility links
Wife Of Orlando Nightclub Shooter Pleads Not Guilty To Charges Of Aiding Attack : The Two-Way Noor Salman was arrested earlier this week and charged with providing material support to a terrorist and obstruction of justice. Her husband, Omar Mateen, killed 49 people at the Pulse club in June. 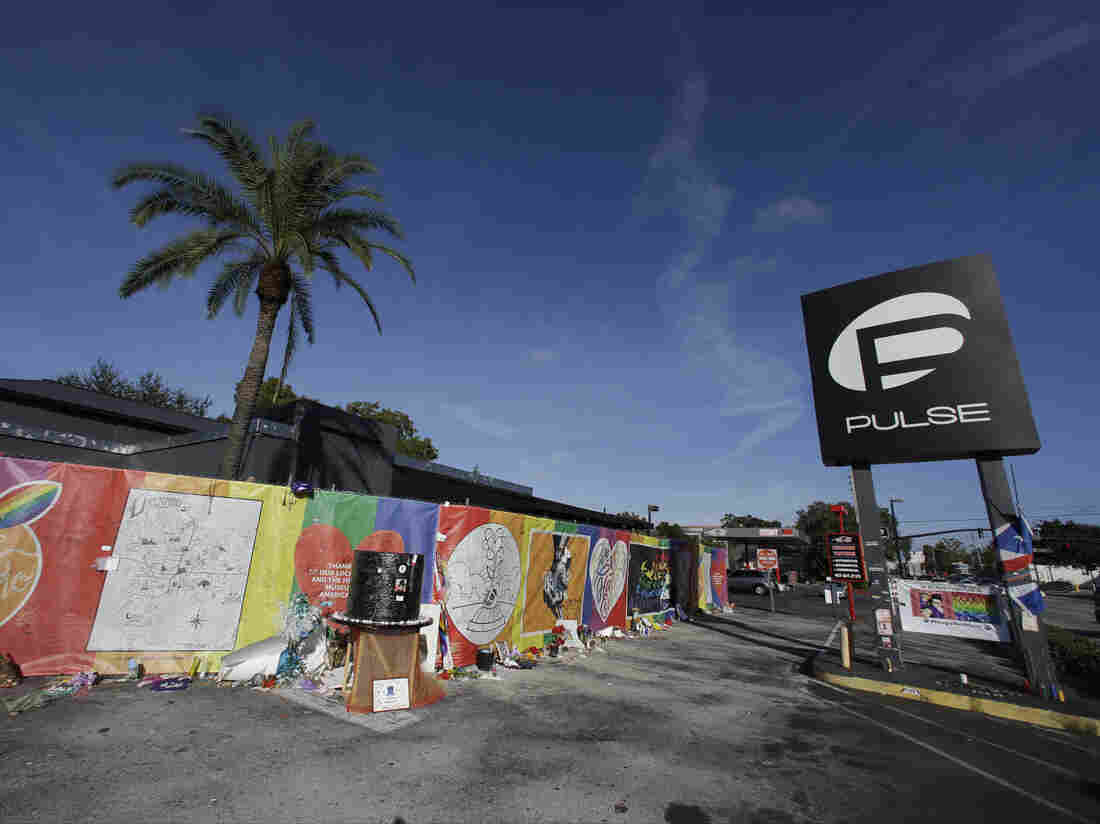 Artwork and signatures cover a fence around the Pulse nightclub in Orlando, Fla., on Nov. 30, 2016. John Raoux/AP hide caption 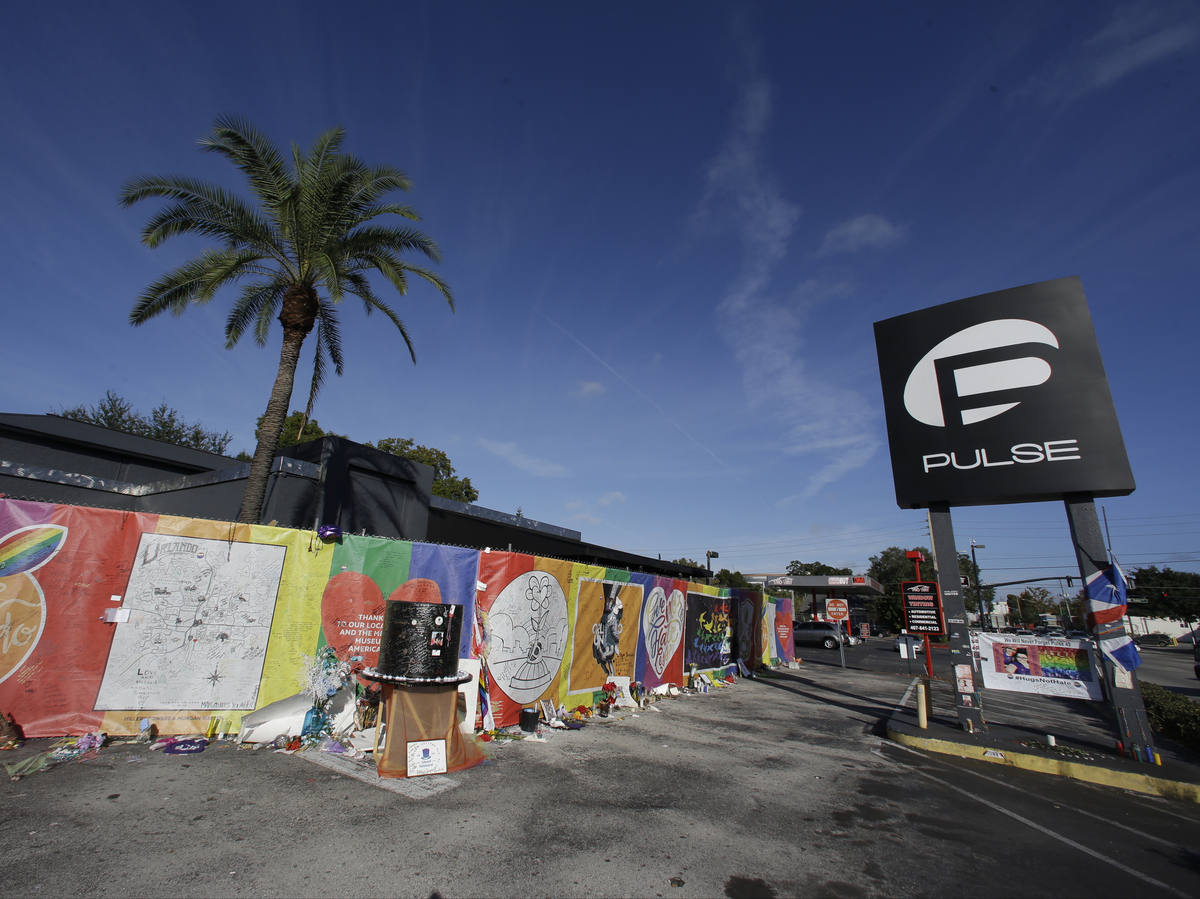 Artwork and signatures cover a fence around the Pulse nightclub in Orlando, Fla., on Nov. 30, 2016.

Noor Salman, the wife of the man who killed 49 people last June at the Pulse nightclub in Orlando, Fla., has pleaded not guilty to two federal charges.

Salman was arrested earlier this week and charged with providing material support to a terrorist and obstruction of justice for allegedly knowing about Omar Mateen's plan to slaughter people at the nightclub.

It was the deadliest mass shooting in modern U.S. history. Mateen was killed by police.

Salman married Mateen in 2011, as The Two-Way has reported. She grew up in California and moved to the San Francisco Bay Area after her husband's death. She entered her plea of not guilty before a federal judge in Oakland.

"[Salman] was represented by a local attorney for Wednesday's hearing but eventually will hire Charles Swift, a Texas lawyer from the Constitutional Law Center for Muslims in America," reported the Orlando Sentinel. "[Swift] must first get permission to practice law in California."

In November, Salman told The New York Times she was "unaware of everything," saying, "I don't condone what he has done. I am very sorry for what has happened. He has hurt a lot of people."

She also told the Times that Mateen had abused her.

Salman's childhood neighbors, described her to The Associated Press as "a sweet, pretty California girl with Palestinian roots" who grew up in the suburbs and met Mateen online, as we have reported.

In the days after the attack, the information Salman told investigators sometimes seemed contradictory. NPR's Dina Temple-Raston reported Salman "said she didn't know that the attack was coming, but also told authorities that she tried to talk [Mateen] out of the attack."

Dina also reported that Salman told investigators she was with Mateen when he bought ammunition the week before the massacre, and joined her husband at the Pulse club before the attack. But Dina pointed out "it's possible she didn't know that he was there to case the place."