Accessibility links
5th 'Mars Mission' Simulation Ready For Launch In Hawaii : The Two-Way Starting Thursday, six people will spend eight months in a dome on Mauna Loa volcano to study what living on Mars might be like. The mission is co-sponsored by the University of Hawaii and NASA. 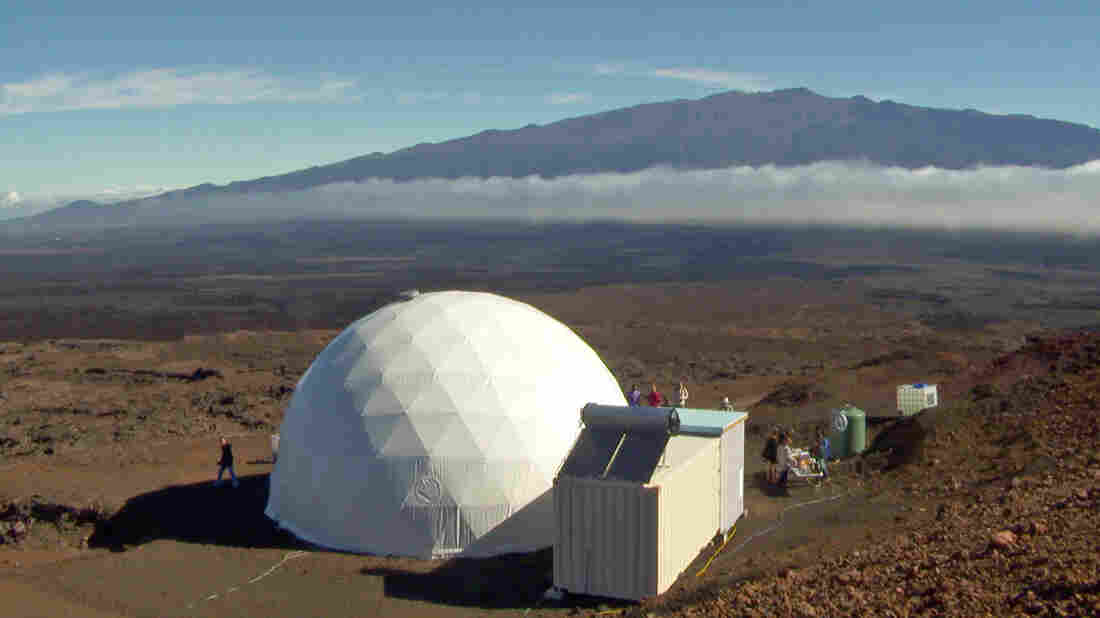 A solar-powered dome sits on the side of Hawaii's Mauna Loa volcano is part of an experiment in Mars-like living. University of Hawaii News hide caption 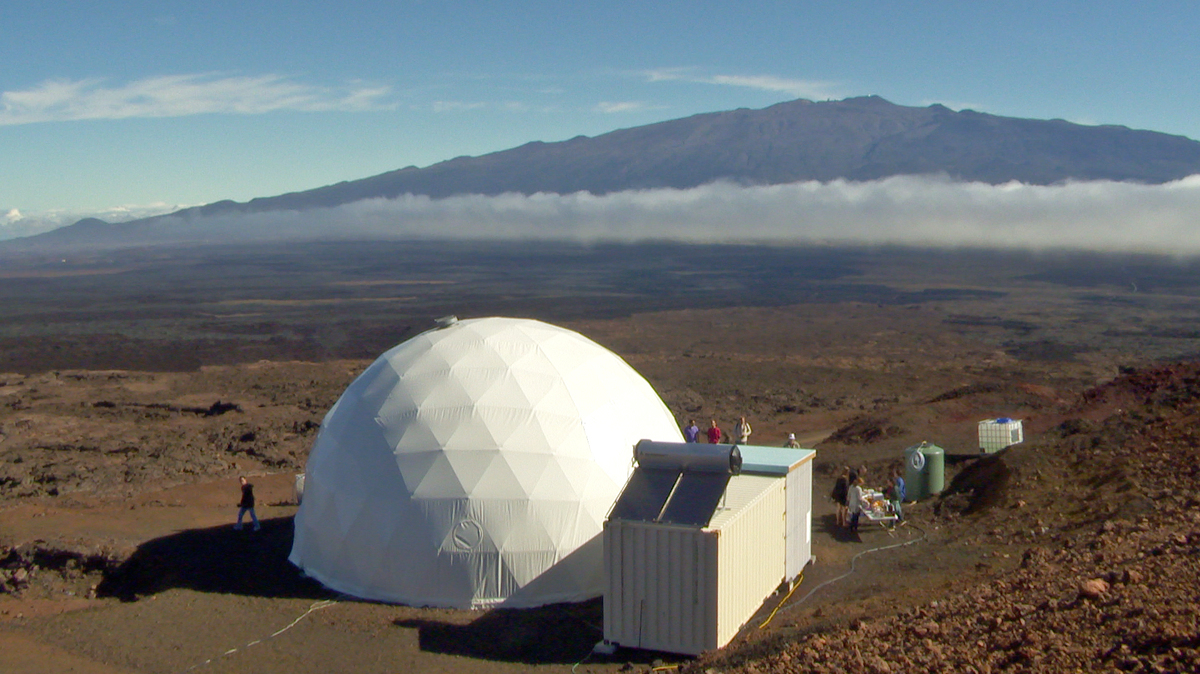 A solar-powered dome sits on the side of Hawaii's Mauna Loa volcano is part of an experiment in Mars-like living.

Later today, six people will enter a dome on a volcano in Hawaii that will be their home for the next eight months, as they simulate a future mission to Mars.

It is the fifth such experiment run by the University of Hawaii and funded by NASA. The latest mission on Mauna Loa, which ended in August 2016, lasted a full year. It is known as the Hawaii Space Exploration Analog and Simulation, or HI-SEAS.

The goal of HI-SEAS is to test what it would be like for people to live on Mars, and what the project designers call "team performance and cohesion" — or how a group of strangers might handle being stuck together for months on end.

"It could be a long trip to Mars despite recent bold assurances of faster rocket ships, or a long stay on the Martian surface," a summary of the mission states. "In either case, astronaut crews far from Earth will rely on a social resilience and team cohesion previously untested in deep space."

The new crew is made up of two women and four men — five American engineers and scientists and one British researcher — who were chosen from a pool of "astronaut-like" candidates.

Like previous missions, the crew's assignment is primarily behavioral — the team is trying to figure out how to handle social interactions and psychological burdens associated with being isolated with a small group of people.

Unlike previous missions, the ability of crew members to make decisions on their own, without direction from "earth," will vary over the course of the eight months they spend living in the dome. The HI-SEAS team hopes to study how different amounts of "control of their daily schedule and planning of crew involvement in mission tasks" affect group cohesion, according to the mission summary.

Asked what advice she'd give to future would-be Mars inhabitants, former crew member and German physicist Christiane Heinicke said, "Bring something to work on. Something meaningful to work on. One of your biggest enemies is boredom."

"The other big enemies, of course, are the rest of the crew," she said, laughing in a video posted to Twitter, as The Two-Way reported.

As for what she learned about how to cope with living and working with the same five people all the time, Heinicke said emergencies play a surprising role in helping people get along.

At one point, for example, the system for gathering and treating water broke. To simulate life on Mars, the team received water and food only every two and four months, respectively. "Obviously, we need water, so we all needed to work on that as a group," Heinicke recalled.

"If you had some arguments within the group ... it really helps to have an emergency to work on together, because everyone has new motivation," she said.