Accessibility links
Drug Lord Joaquin 'El Chapo' Guzman Extradited By Mexico To U.S. : The Two-Way Joaquin Guzman faces charges in the U.S. that include murder, drug trafficking and money-laundering. He had escaped from prison in Mexico twice. 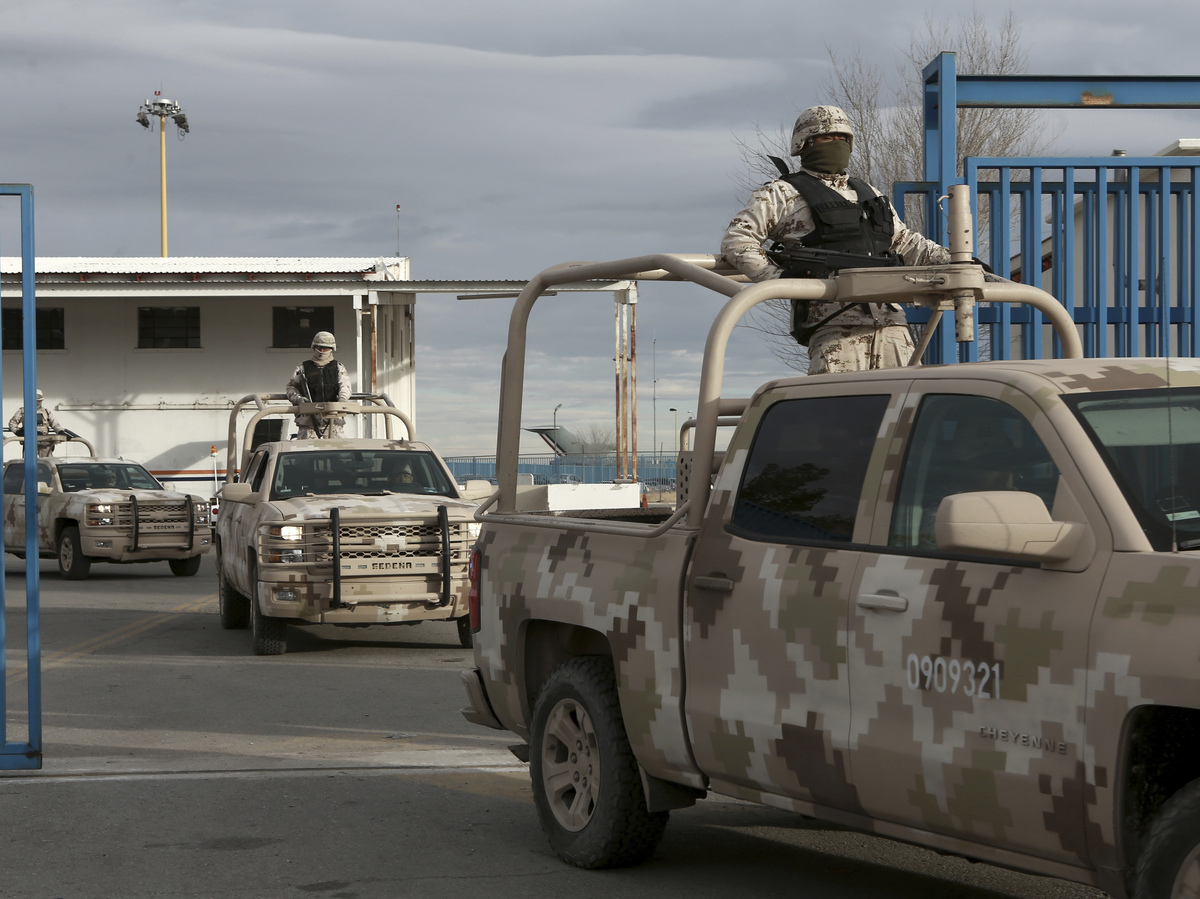 Mexico has extradited to the United States its most notorious drug trafficker, Joaquin "El Chapo" Guzman Loera, according to statements from officials of both countries.

A statement by the U.S. Justice Department says Guzman landed Thursday evening at Long Island MacArthur Airport in Islip, N.Y. The department also says he faces six separate indictments around the country for crimes "in connection with his leadership of the Mexican organized crime syndicate known as the Sinaloa Cartel."

Charges against Guzman in the U.S. include murder, drug trafficking and money-laundering.

Guzman is both reviled and storied among Mexicans. In his home region in northwest Mexico, some see him as a success story from a poor background. More widely, he is seen as a symbol of the ruthless drug trade that has killed tens of thousands of Mexicans and helped empower corrupt police and politicians.

Though he has been convicted of crimes in Mexico, he has escaped from prison there twice. In 2015 he got out via a long tunnel with a motorcycle track beneath what was supposed to be the country's most secure prison. During his freedom then, he secretly met with actor Sean Penn, who wrote about the encounter for Rolling Stone magazine. Some Mexican officials claimed that helped lead to Guzman's capture shortly afterward.

When he was recaptured in Mexico last year, officials said they would allow extradition requests by the U.S. Though Mexico frequently extradites drug traffickers, officials there had previously said they wanted Guzman to serve his sentence in Mexico before being sent north.