Accessibility links
Driver Rams Crowd At A Melbourne Mall, Killing At Least 4 People : The Two-Way At least 20 people were injured in the incident, which Australian police said is not terrorism-related. Officers had been pursuing the driver in connection with a stabbing earlier in the day. 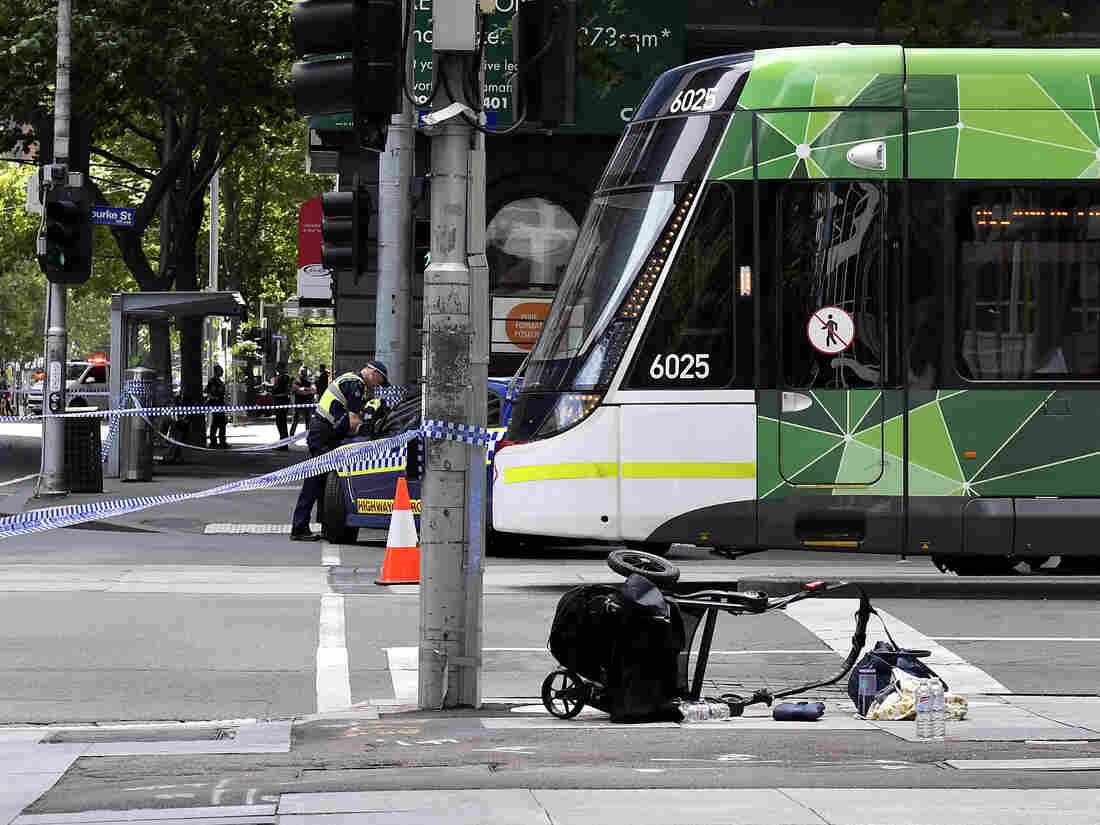 A stroller lies overturned on a street in the central business district of Melbourne, Australia, on Friday. A man deliberately drove into a street crowded with pedestrians, police said. Officials said the incident had no links to terrorism. Andrew Brownbill/AP hide caption 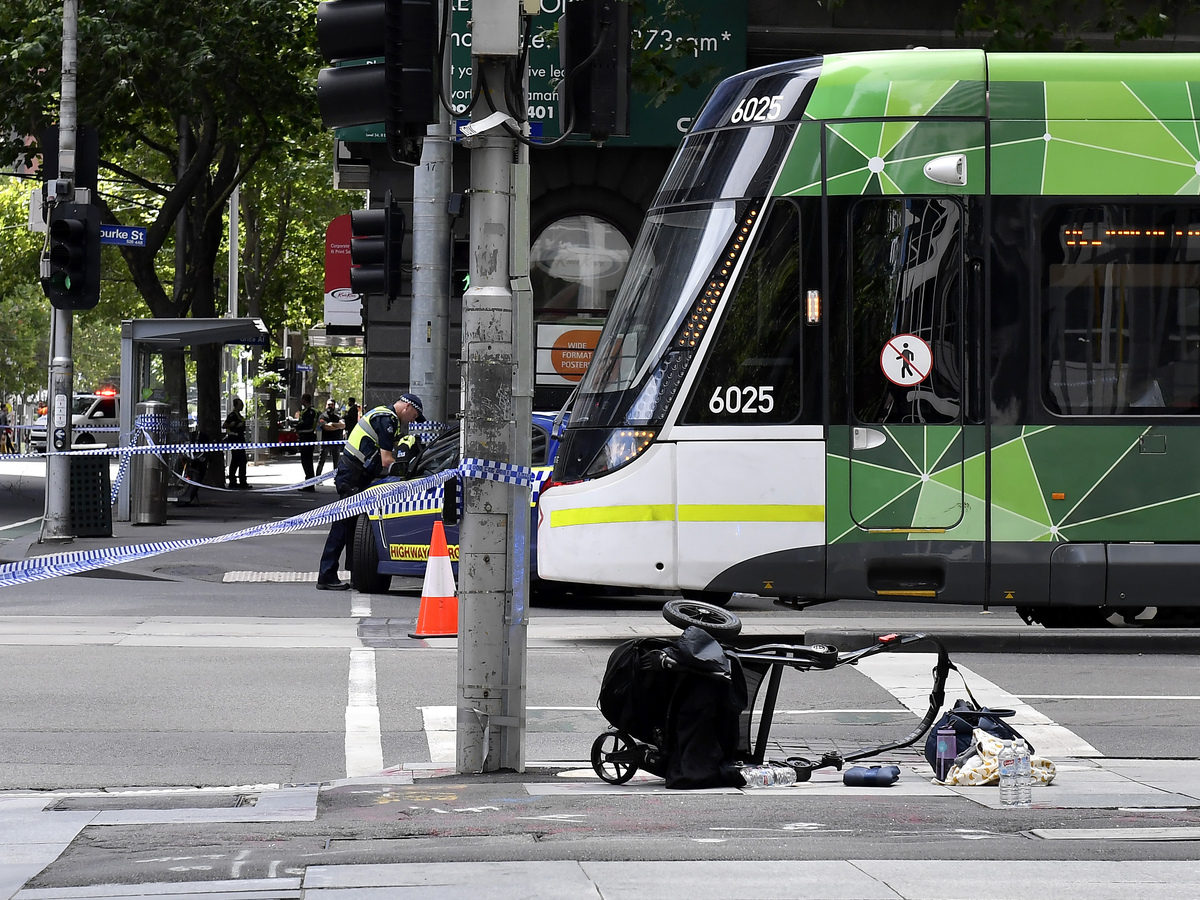 A stroller lies overturned on a street in the central business district of Melbourne, Australia, on Friday. A man deliberately drove into a street crowded with pedestrians, police said. Officials said the incident had no links to terrorism.

At least four people were killed and 20 more injured when a man deliberately drove his car into a crowd of pedestrians at a mall in Melbourne, Australia, according to officials. In a statement released Friday, Victoria state police said a young child was among the dead.

"The incident is not terrorism related," the department added.

Victoria Police can confirm today's Melbourne CBD incident is not a terrorist incident. To clarify, the term CT stands for Counter Terrorism

The man was seen driving erratically in circles outside the mall, leaning out his widow and shouting at passersby, before police say he accelerated into the pedestrians in the middle of the afternoon.

"We witnessed about half a dozen people that ricocheted off the car one way or another," one witness tells Reuters. "I saw one person fly up almost roof level of the car as they got thrown up against one of the retail stores." 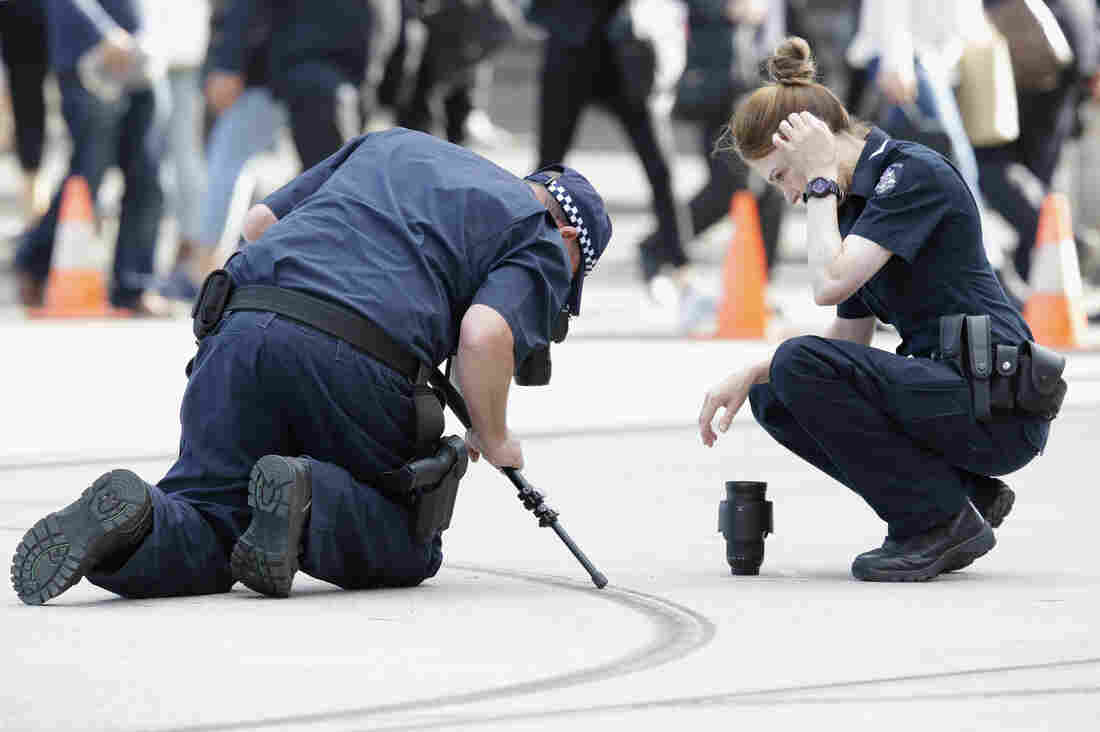 Victoria police officers photograph skid marks at the intersection of Elizabeth and Swanston streets in Melbourne. Authorities said the driver did burnouts with his head leaning out of his sedan's window, before driving into the crowd on Friday. Darrian Traynor/Getty Images hide caption

Officers shot the driver and placed him in custody, "where he is being treated for non-life threatening injuries," police say.

Mike O'Brien, the head surgeon at Royal Children's Hospital, tells The New York Times that four children have been hospitalized, including a 3-month-old in critical condition.

At a news conference, Victoria Police Commissioner Graham Ashton said the 26-year-old suspect had "an extensive family violence history. He has come to our attention on many occasions in the past. We have mental health and drug-related issues in the background of this particular person," according to the Australian Broadcasting Corporation.

Authorities have not yet released his name.

Police say they had been pursuing the suspect in connection with a stabbing early Friday. According to authorities, the man also allegedly abducted a woman he knows and held her hostage in his car — though she managed to escape before it plowed into the crowd.

The incident comes at a particularly busy time for the city. It is hosting tourists from around the world for the Australian Open tennis tournament, which got underway earlier this month.