Accessibility links
Notorious Drug Lord 'El Chapo' Pleads Not Guilty To Federal Charges : The Two-Way For decades, U.S. authorities have been preparing to prosecute one of the world's most feared drug traffickers. They say they are seeking a life sentence and $14 billion in forfeited drug proceeds. 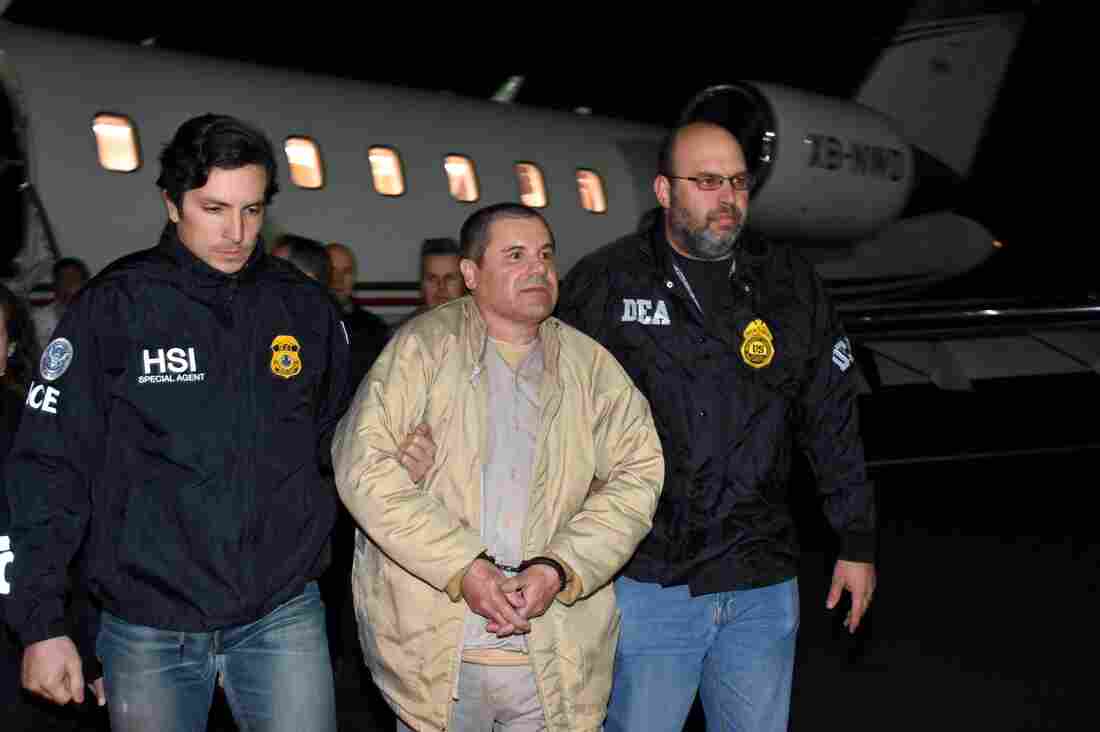 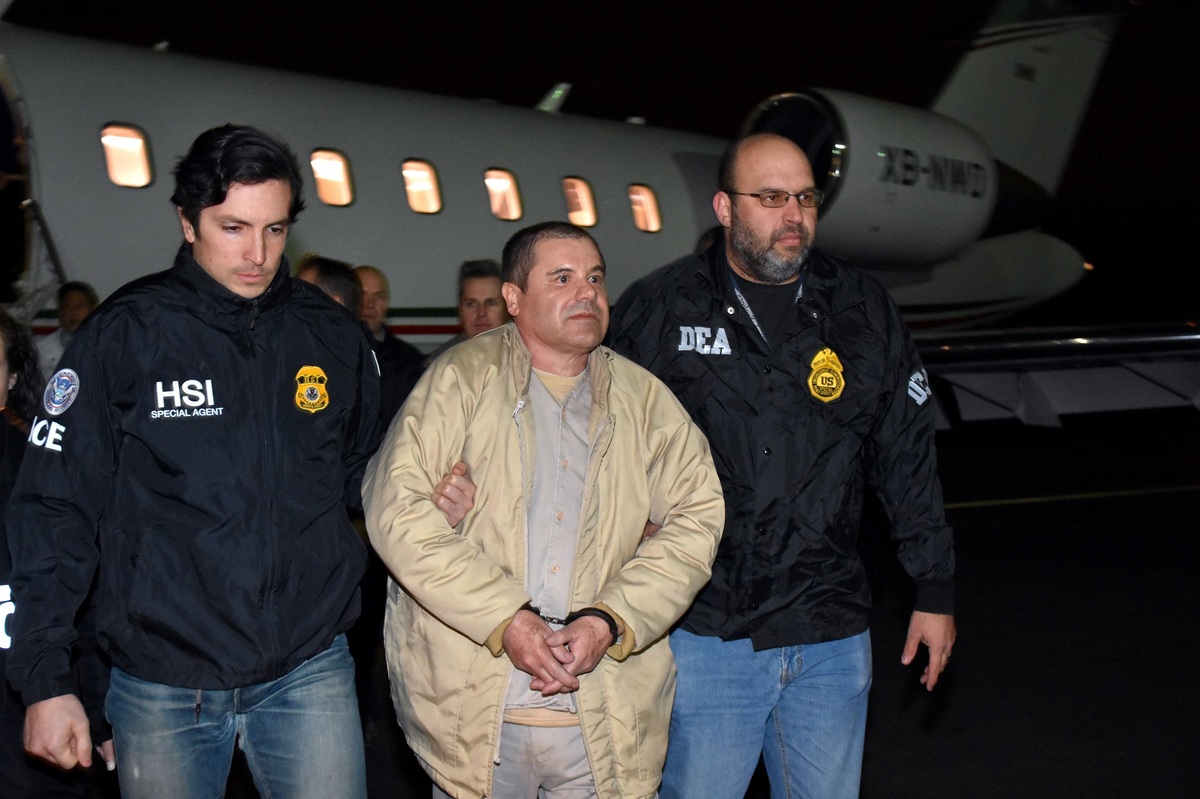 For decades, U.S. authorities have been preparing to prosecute one of the world's most feared drug traffickers, known as El Chapo.

Friday, the Justice Department announced charges against Joaquin "El Chapo" Guzman following his extradition from Mexico to the United States. He landed Thursday evening on Long Island, N.Y., and Friday afternoon entered a plea of not guilty at a federal court in Brooklyn.

"Today marks a milestone in our pursuit of Chapo Guzman," said Robert Capers, the U.S. attorney in Brooklyn. "So who is Chapo Guzman? In short, he's a man known for no other life than a life of crime, violence, death and destruction. And now he'll have to answer to that. That's who Chapo Guzman is."

The Associated Press described the scene: "Holding his unshackled hands behind his back, Guzman appeared calm and collected as he gave yes and no answers, through an interpreter, to a judge's questions."

In a statement, acting U.S. Attorney General Sally Yates called him the "alleged leader of a multi-billion dollar, multi-national criminal enterprise that funneled drugs onto our streets and violence and misery into our communities."

Prosecutors are seeking life in prison and a $14 billion forfeiture in drug proceeds and illicit profits from the drug trafficking kingpin. The 17-count indictment accuses El Chapo of operating a continuing criminal enterprise that included murder conspiracy, other drug-related crimes including money-laundering, and use of firearms.

"As part of the extradition process, we had to assure the Mexican government that the death penalty would not be sought," Capers said.

The allegations date to the 1980s. Guzman, 59, is accused of leading the Sinaloa drug cartel, which became the world's largest drug trafficking organization.

The indictment alleges that Guzman "directed a large scale narcotics transportation network involving the use of land, air and sea transportation assets, shipping multi-ton quantities of cocaine from South America, through Central America and Mexico, and finally into the United States."

The billions in profits were then "laundered back to Mexico," according to the court documents. Guzman, along with other cartel leaders, allegedly hired hit men "who carried out hundreds of acts of violence, including murders, assaults, kidnappings, and acts of torture at the direction of the defendants."

The Mexican government has approved the U.S. request to prosecute these charges, which were filed in a federal court in New York, the Justice Department added.

"Mexico had at one point said it would not extradite Guzman and would have him stand trial for his crimes at home. That was shortly after a second arrest in 2014. But the government reversed itself after being embarrassed by Guzman's brazen escape from Mexico's maximum security prison in the summer of 2015.

"From a hole that began [in the shower floor] in Guzman's prison cell, the drug lord climbed down a ladder and then rode a rigged motorcycle through a mile-long tunnel to freedom. Guzman remained on the run for nearly six months. During that time, he met secretly with Mexican actress Kate del Castillo and U.S. actor Sean Penn.

"Shortly after, though, and partly due to his meeting with the stars, Mexican officials caught up with Guzman, capturing him in January of last year. This time officials immediately began extradition procedures. Guzman's lawyers have been fighting it ever since. He lost his final appeal this week."

"He's about to face American justice. ... And I assure you, no tunnel will be built leading to his bathroom," said Angel Melendez, special agent in charge of ICE Homeland Security Investigations in New York City