Accessibility links
At Least 39 People Killed After Train Derails In Southeast India : The Two-Way The overnight incident, which also injured more than 60, is just the latest wreck for a railway system that has become notorious for its deadly derailments. Officials have not yet ruled out foul play.

At Least 39 People Killed After Train Derails In Southeast India

At Least 39 People Killed After Train Derails In Southeast India 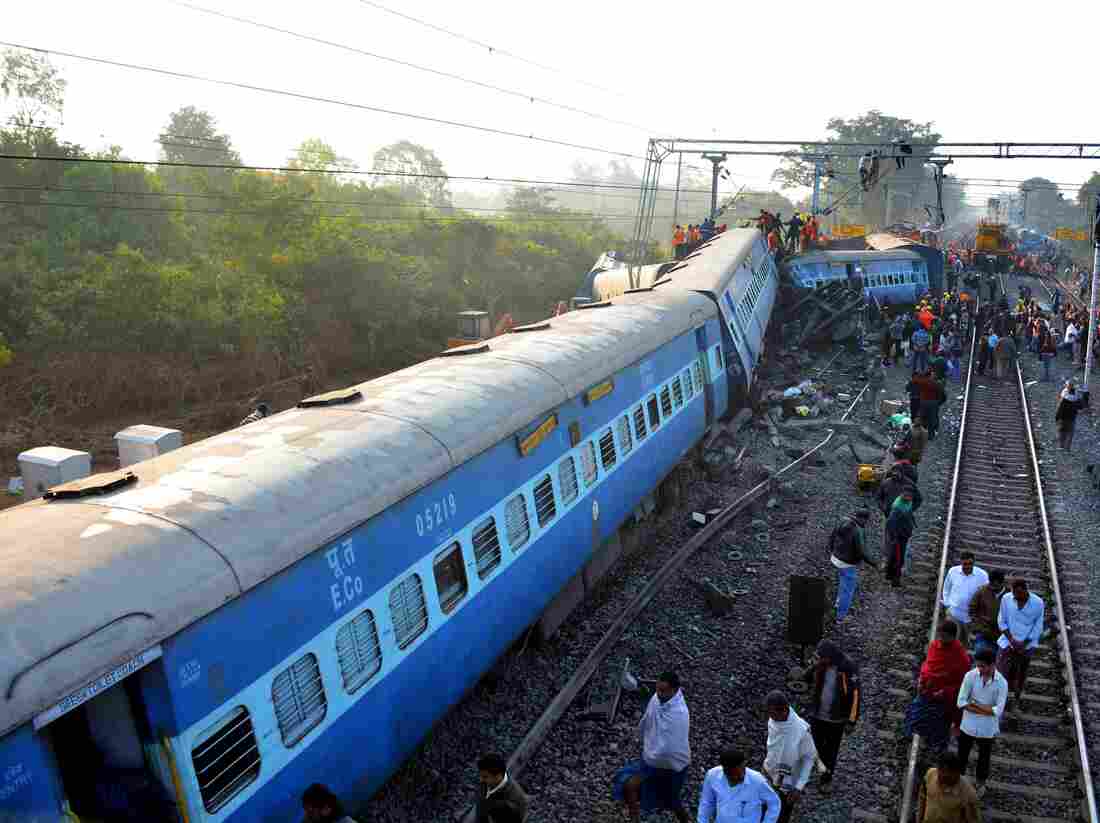 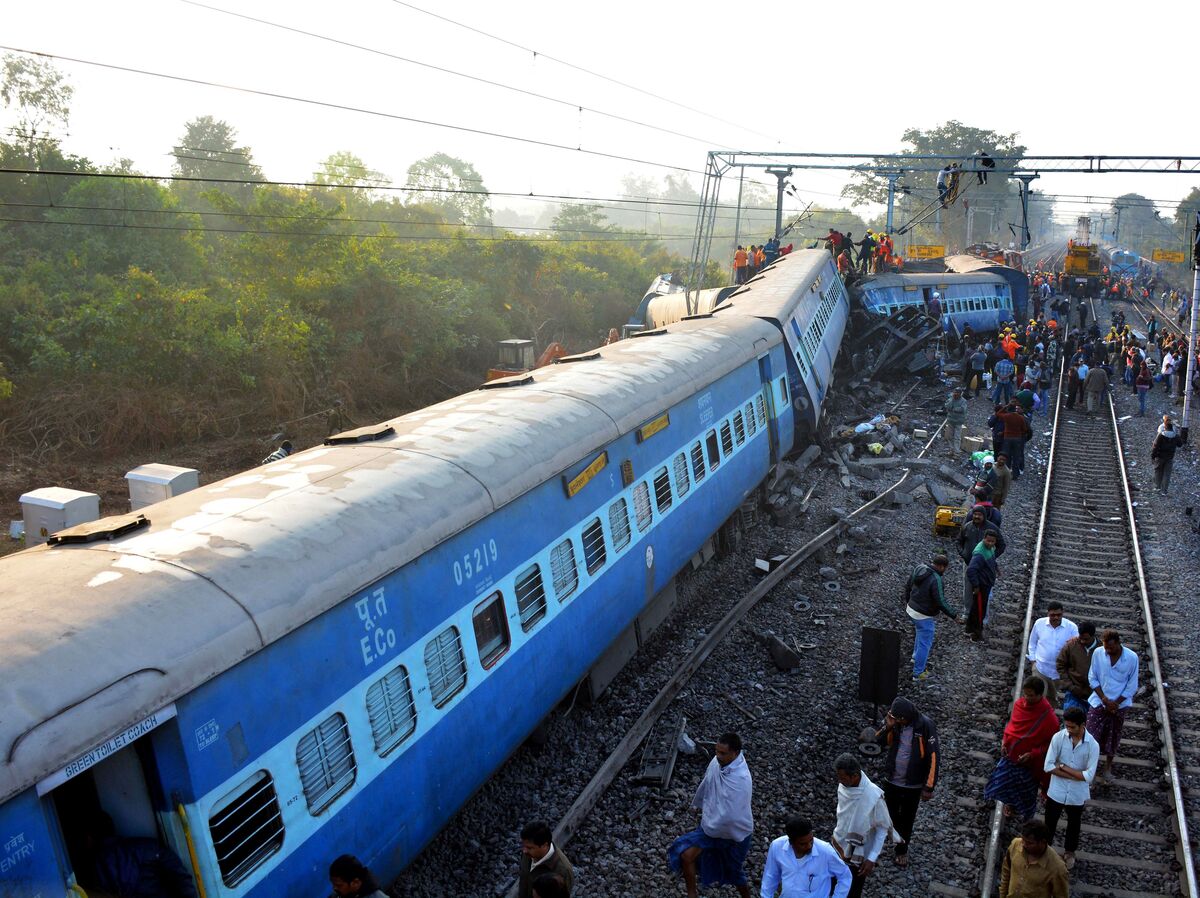 Rescue workers search for victims at from the Jagdalpur-Bhubaneswar express train that derailed near Kuneru station in southern Andhra Pradesh state on Sunday.

A passenger train leapt the tracks overnight in southeast India, killing at least 39 people and injuring more than 60. The derailment, which occurred near Kuneru station in the state of Andhra Pradesh, is the latest in a string of deadly wrecks to rack the Indian railway system.

The derailment threw several coaches of the Hirakhand Express train off its own tracks and onto an adjacent goods train.

"My condolences to the families who lost their loved ones," Andhra Pradesh Chief Minister Chandrababu Naidu said on Twitter. He says that authorities have opened a probe into what caused the incident.

My condolences to the families who lost their loved ones. We are investigating the reason for accident. (2/2)

Investigators have not ruled out foul play. As Reuters reports, the derailment happened in a region where Maoist rebels often operate.

"We will take strict action against whoever is behind this act," Indian railways minister Suresh Prabhu, according to the news service. "We won't spare anyone responsible for this accident."

On Sunday morning Prabhu visited the site of the incident, where rescue workers and medical relief trains had been pulling victims from the wreckage and transporting them to the hospital.

The overnight crash follows a derailment last November that killed scores of people in India. And in 2015, another derailment claimed two trains and the lives of at least two dozen passengers.

They were the latest high-profile wrecks on what is one of the world's largest railway system — a system that has become notorious for its deadly accidents.

Reuters notes that in 2014 alone, the most recent year with available data, India recorded 27,581 railway deaths.