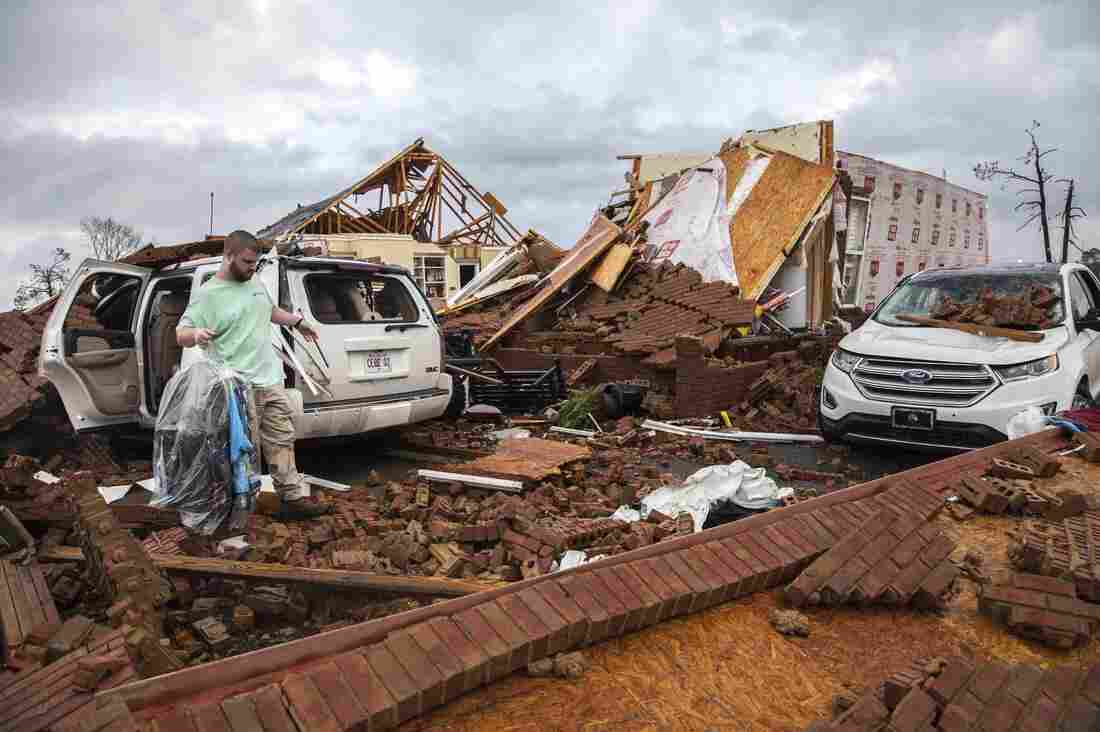 A man retrieves clothing from a damaged car parked at a home in Adel, Ga., that was hit by a tornado on Sunday. Branden Camp/AP hide caption 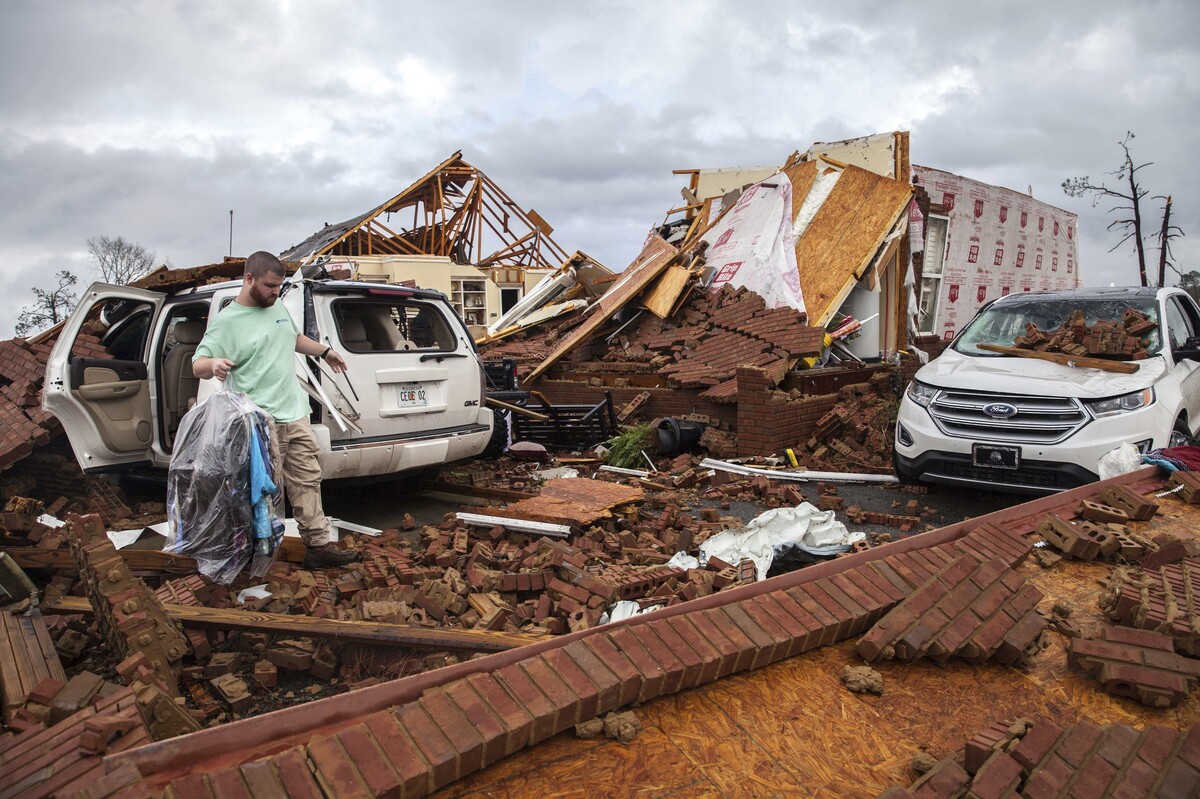 A man retrieves clothing from a damaged car parked at a home in Adel, Ga., that was hit by a tornado on Sunday.

In southern Georgia, near the border with Florida, severe weather turned deadly in the early hours of Sunday morning. At least 18 people were killed as the area was racked with storms, according to local officials.

Gov. Nathan Deal declared a state of emergency for seven counties in the state.

"These storms have devastated communities and homes in South Central Georgia, and the state is making all resources available to the impacted areas," Deal said in a statement.

Deal continued: "I urge all Georgians to exercise caution and vigilance in order to remain safe and prevent further loss of life or injuries."

In his opening remarks at a Sunday swearing-in ceremony for senior White House staff, President Trump said that he had spoken with Deal earlier in the day.

He had expressed his "sincere condolences for the lives taken," Trump said, adding that people in Georgia have "suffered greatly" from the storms.

First Assembly Church of God in Adel became the hub of storm-relief efforts by noon Sunday. The Fellowship Hall is filled to the brim with the essentials people lost. Clothes, diapers, shoes. Pastor Eric Gordon says the congregation got to work not long after the storm blasted through.

The Georgia Emergency Management Agency has also issued a warning that there is "a HIGH RISK for severe weather" for much of the state Sunday.

The deaths overnight in southern Georgia occurred in Cook, Brooks and Berrien counties, according to Catherine Howden of the GEMA.

National Weather Service Atlanta had issued a flash flood watch and a tornado watch in the region Saturday, but officials could not clarify further whether tornadoes were to blame for the loss of life overnight. 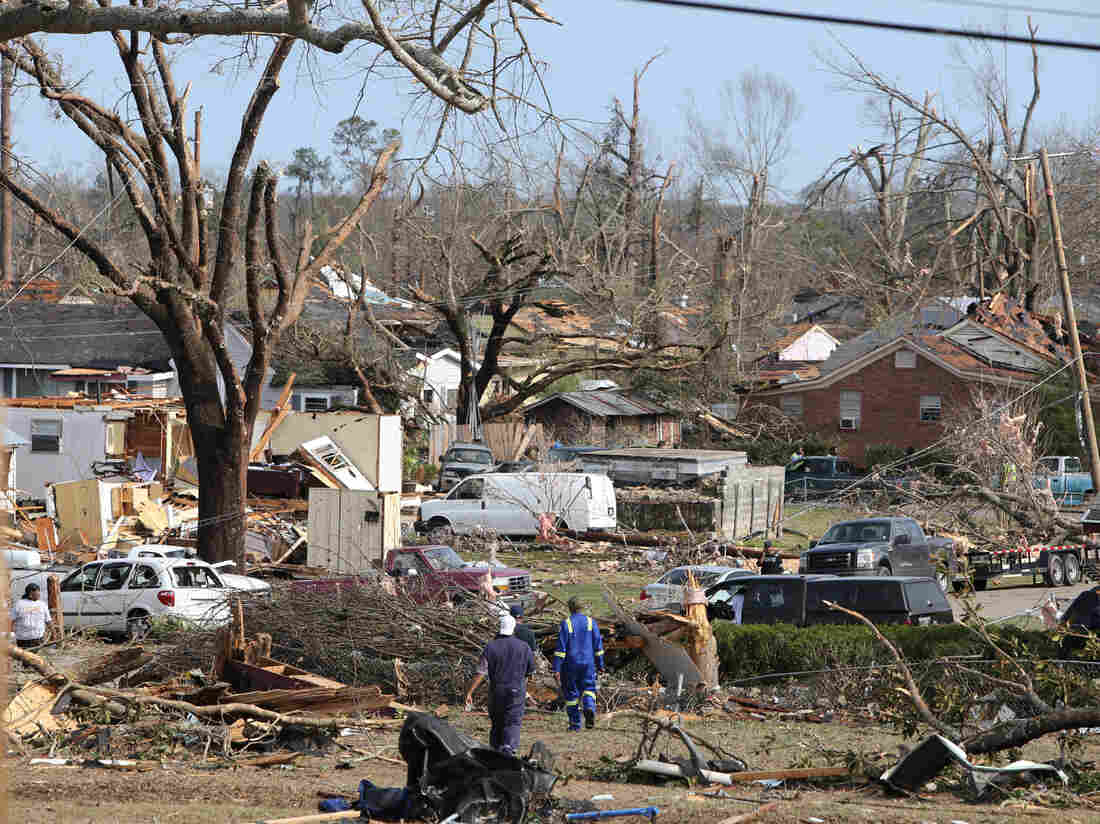 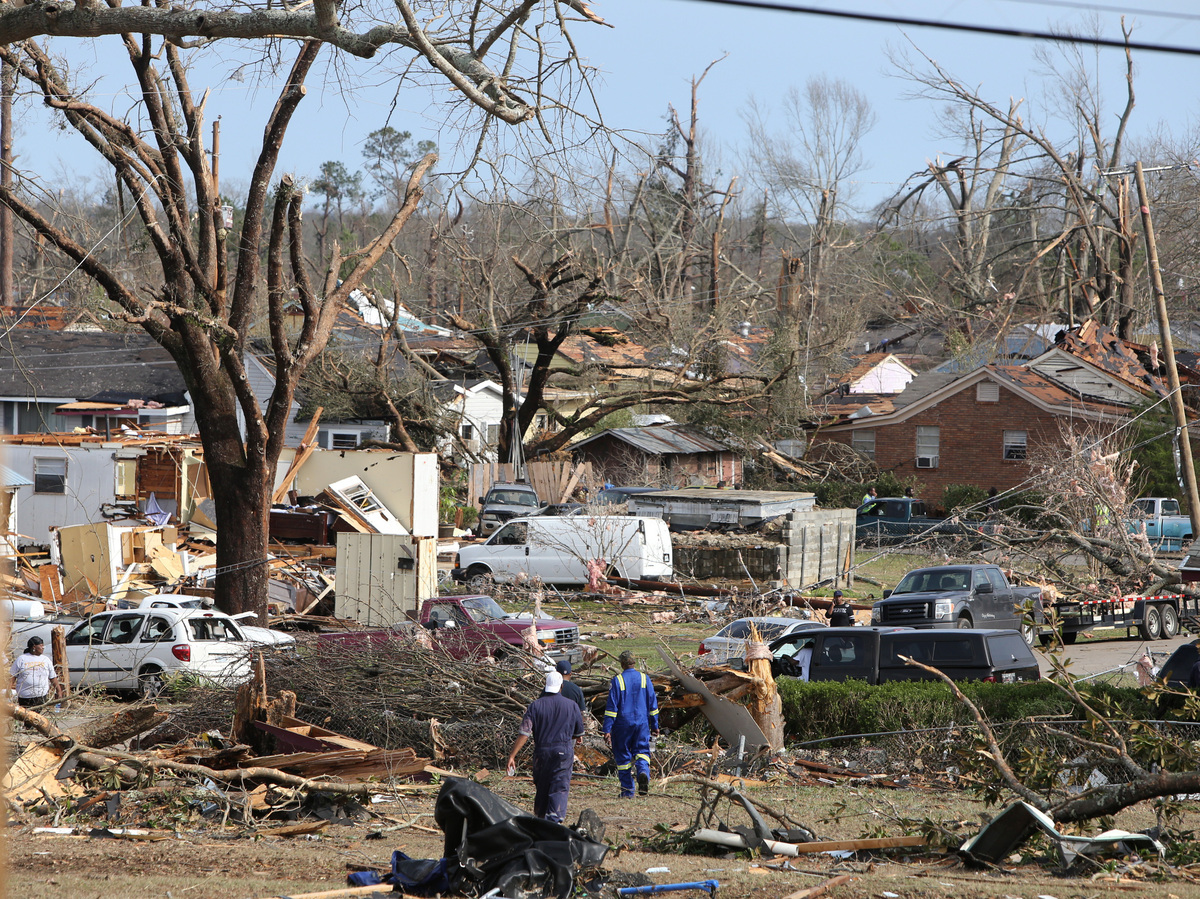 Damaged trees and homes are scattered along Magnolia Street in Hattiesburg, Miss., after a tornado struck on Saturday.

This is not the first time the weather turned deadly in the Southeast this weekend. As WABE's Elly Yu reports, at least four people died when a tornado swept through southern Mississippi.

That predawn tornado had winds above 136 miles per hour, according to The Associated Press.

Storms also tore through homes and buildings in Alabama, Louisiana and Texas in the past two days.