Accessibility links
Gambia Awaits Arrival Of Its New President Following Standoff : The Two-Way Gambia's defeated leader Yahya Jammeh has departed the country, after a weeks-long standoff as he tried to maintain his grip on power which culminated in West African troops crossing Gambia's borders.

After Standoff, Gambia Awaits Arrival Of Its New President

After Standoff, Gambia Awaits Arrival Of Its New President 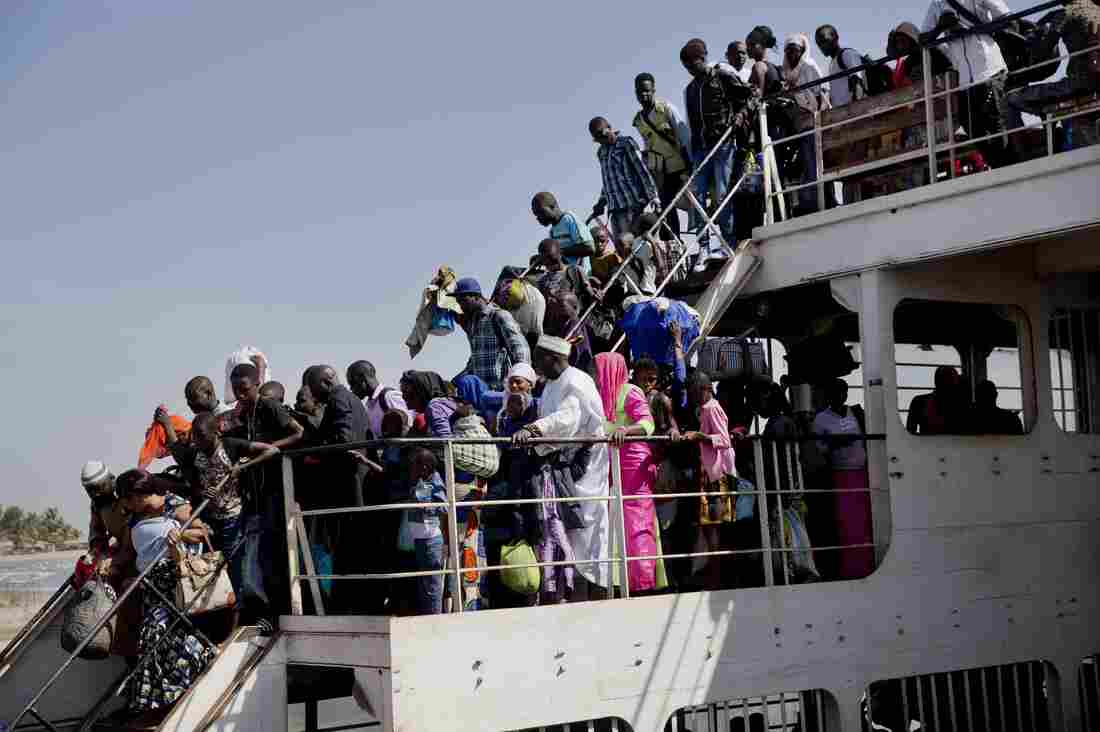 A ferry carrying people who fled Gambia arrives at the port in Banjul, Gambia, on Sunday. Jerome Delay/AP hide caption 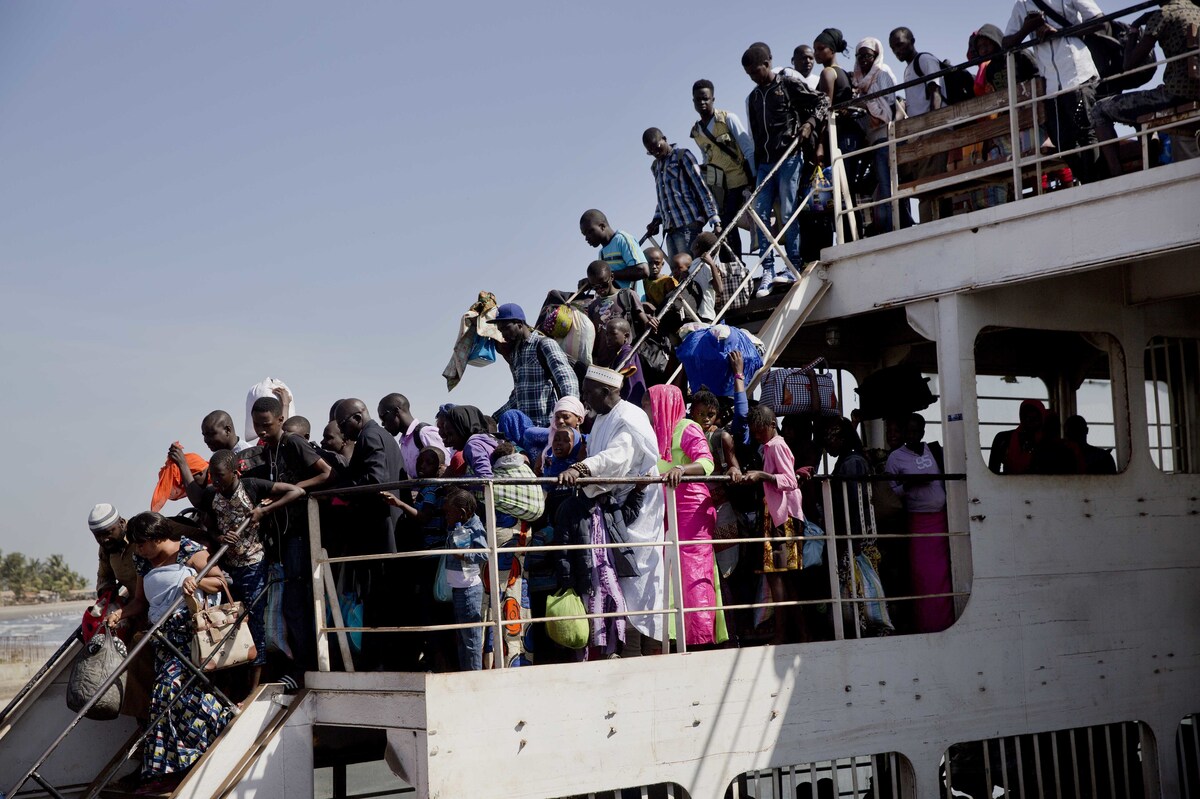 A ferry carrying people who fled Gambia arrives at the port in Banjul, Gambia, on Sunday.

Gambia's defeated leader Yahya Jammeh has departed the country, after a weeks-long standoff as he tried to maintain his grip on power which culminated in West African troops crossing Gambia's borders.

Now, the country is awaiting the arrival of new president Adama Barrow. He fled to Senegal for his own protection and was sworn in at Gambia's embassy in Dakar last week.

And as NPR's Eyder Peralta reports, Barrow's spokesman Halifa Sallah described a long list of tasks ahead of him at a news conference.

"He has to end the state of emergency, he has to find a way to get thousands of Gambians back home after they fled fearing a bloody confrontation," Eyder reports. "Perhaps most importantly, though, Barrow ... has to fly back home."

Jammeh has now taken refuge in Equatorial Guinea, Eyder adds, as part of a deal he reached with the African Union, the United Nations and the ECOWAS West African regional bloc. It guarantees his safety and property.

The joint declaration describes Jammeh's departure as temporary, "in order to assist a peaceful and orderly transition and transfer of power and the establishment of a new government."

It states that he is "at liberty to return to The Gambia at any time of his choosing." It also pledges to work with Gambia's government to "prevent the seizure of assets and properties lawfully belonging to former President Jammeh or his family."

Human rights lawyer Reed Brody told The Associated Press that the deal doesn't give Jammeh amnesty. "Under international law in fact you can't amnesty certain crimes like torture and massive or systematic political killings," Brody says. "Depending where Jammeh ends up, though, the real obstacles to holding him accountable will be political."

Jammeh was known to target critics during his 22 years in power, and has a poor human rights record.

He had initially conceded after Barrow was declared the winner of the Dec. 1 election, but dramatically changed his mind a week later. 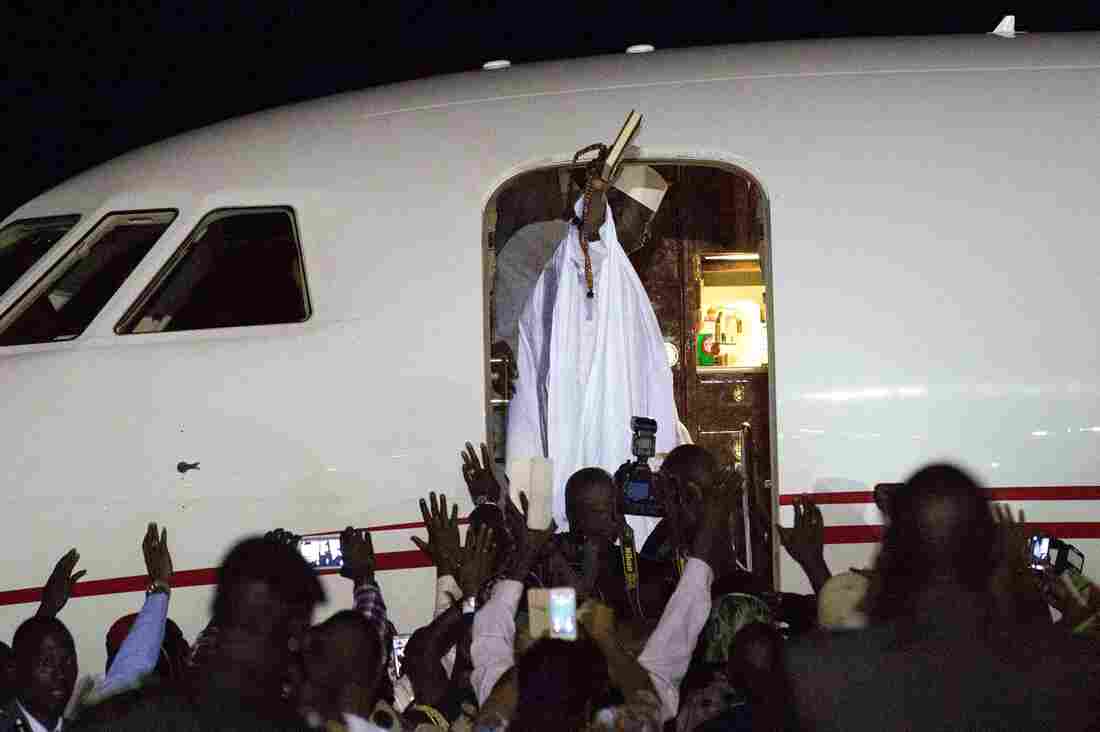 Barrow told the Senegalese radio station RFM that Jammeh appears to have taken significant state resources with him, Reuters reports.

"According to information we received, there is no money in the coffers," Barrow said. "It's what we have been told, but the day we actually take office we will clarify all of it."