Accessibility links
'I'm Intersex,' A Supermodel Says, Hoping To End Stigma : The Two-Way Saying she doesn't want other kids to suffer the way she did, Belgian model Hanne Gaby Odiele announced that she was born intersex in a series of videos. 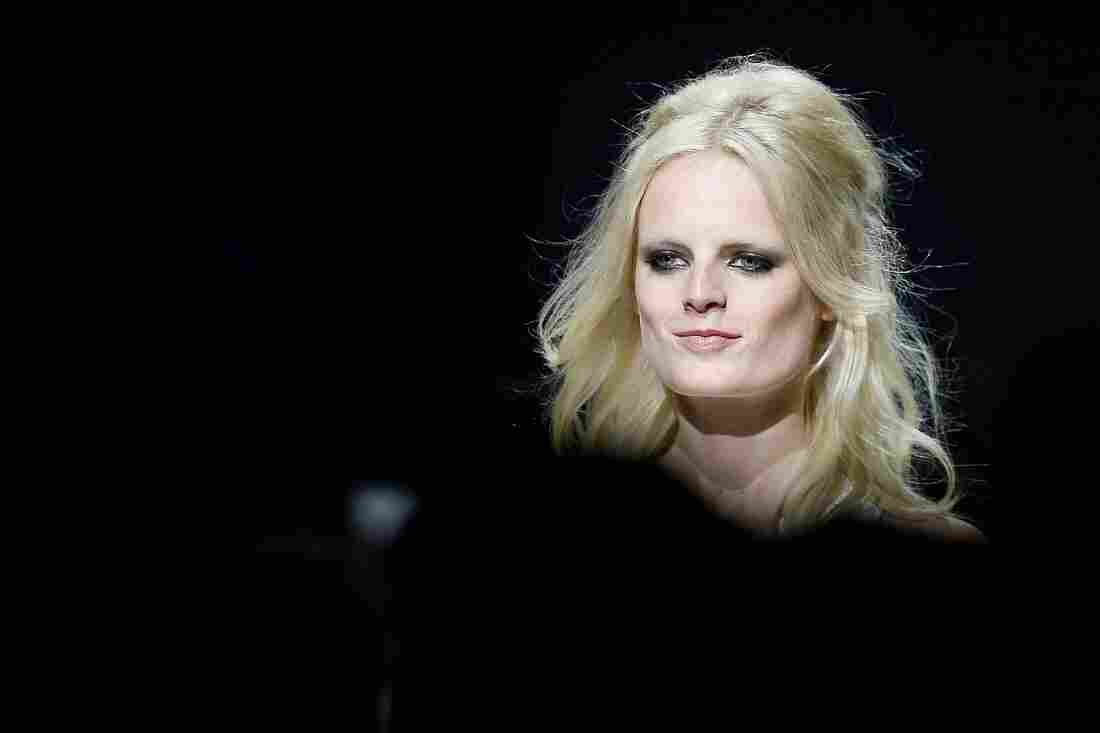 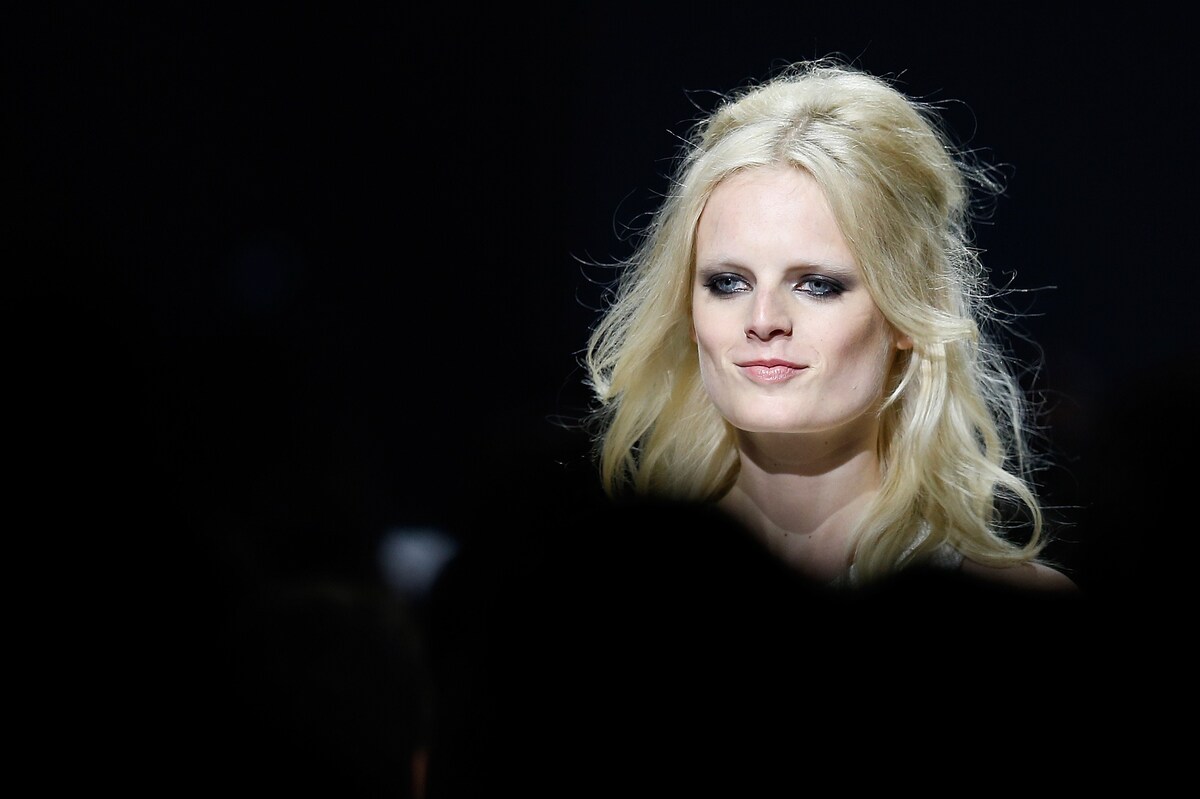 Belgian model Hanne Gaby Odiele onstage during the amfAR 22nd Annual Cinema Against AIDS at the 68th Cannes Film Festival in Cap d'Antibes, France, in May 2015.

Saying she doesn't want other kids to suffer the way she did, supermodel Hanne Gaby Odiele has announced that she was born intersex — and she wants to "break the stigma" that can lead to intersex children having surgery to align them with the male or female gender.

"I'm excited to let the world know I'm intersex," Odiele says, in a sequence of videos produced with the advocacy group interACT. In them, she tells intersex children to "embrace your uniqueness." She also urges parents and doctors to allow intersex children to determine their own identities.

"People want to put us in a box — male or female — but in reality sex is on a spectrum," she says. "Intersex is just proof of that."

Odiele was born with androgen insensitivity syndrome — a condition in which a person is born with both X and Y chromosomes, but the person's body does not respond to male hormones, according to a description by the National Institutes of Health.

"Like most intersex kids, I've been subjected to irreversible, unconsented, unnecessary surgeries," Odiele says. "These surgeries have caused way more harm than good."

Discussing her surgeries in an interview with USA Today, Odiele says she underwent a procedure when she was 10 to remove undescended testes and then had vaginal reconstructive surgery eight years later. According to the NIH, undescended testes "have a small chance of becoming cancerous later in life if they are not surgically removed." In her message about AIS, Odiele says such surgeries shouldn't be carried out at an early age.

Odiele, 29, has been among the world's elite models for the past 10 years, appearing on the cover of Vogue and walking in fashion shows for Marc Jacobs, Chanel and Prada, among others. Along the way, she has also won fans for her enigmatic style that draws on street fashion. Last summer, the Belgian model married her longtime boyfriend, John Swiatek.

"Intersex people should be able to make their own choices about their bodies," Odiele says in one interACT video. "I'm speaking out because it's time this mistreatment comes to an end. It caused me way too much pain."

Saying that being intersex is roughly "as common as being born with red hair," the supermodel discussed being intersex in an Instagram video, leading many viewers to praise her for her bravery. Some of them had never heard of Odiele, or of being intersex.

But one comment came from another person who was born with AIS. Here's what that person had to say:

"I have AIS and I've hidden it from most of my family and all my friends — from the outside I look like any normal girl but feel ashamed of this secret because of society — I've learnt to love me and my body, but I can't control what others think so I hide it from the world... I admire you so much for this, you are amazing xxxx."

In another video, Odiele addresses the parents of intersex kids:

"Just love your child. There's no rush. Take your time, get informed. Get connected with other parents that've been in your shoes. Don't make any drastic decisions. Let your own child decide for what it wants to do or be."

In that video, Odiele also speaks to intersex children, telling them, "You can be whoever you want, whatever you want. Just be you."

As for how common it is for babies to be born intersex, estimates generally range from 1 in every 1,500 to 1 in every 2,000. As the American Psychological Association notes, intersex children are sometimes misdiagnosed — "and government agencies do not collect statistics about intersex individuals."

In a recent publication about intersex children, the group also acknowledged that there's a wide range of opinions on performing surgery to alter children's genitals to make them less ambiguous. The APA adds, "At this time, there is very little research evidence to guide such decisions."