Accessibility links
NPR And The Word 'Liar': Intent Is Key : The Two-Way President Trump's statements that aren't true challenge many newsrooms. NPR will report what it can verify, says news chief Michael Oreskes. 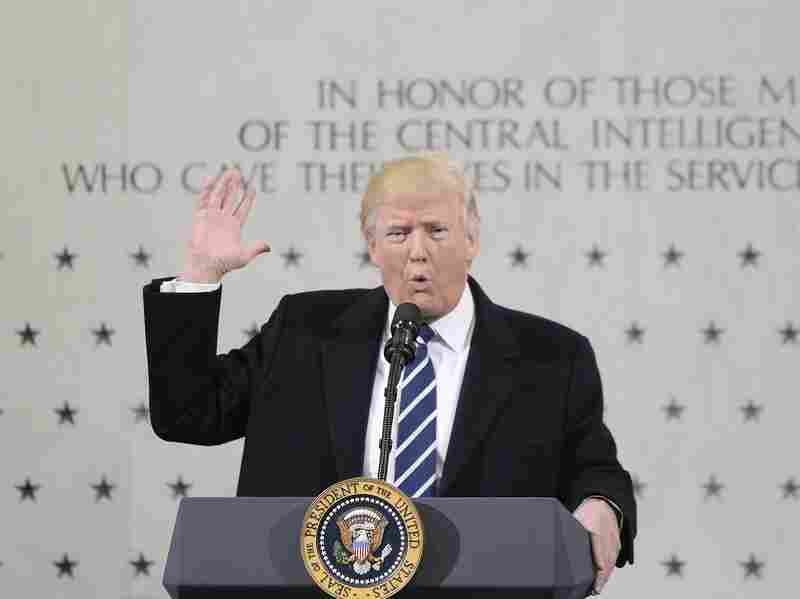 President Trump spoke at CIA headquarters in Langley, Va., on Jan. 21. He blamed the media for reports that he is feuding with the intelligence services, after comparing them to Nazi Germany. Olivier Doulier/Pool/Getty Images hide caption 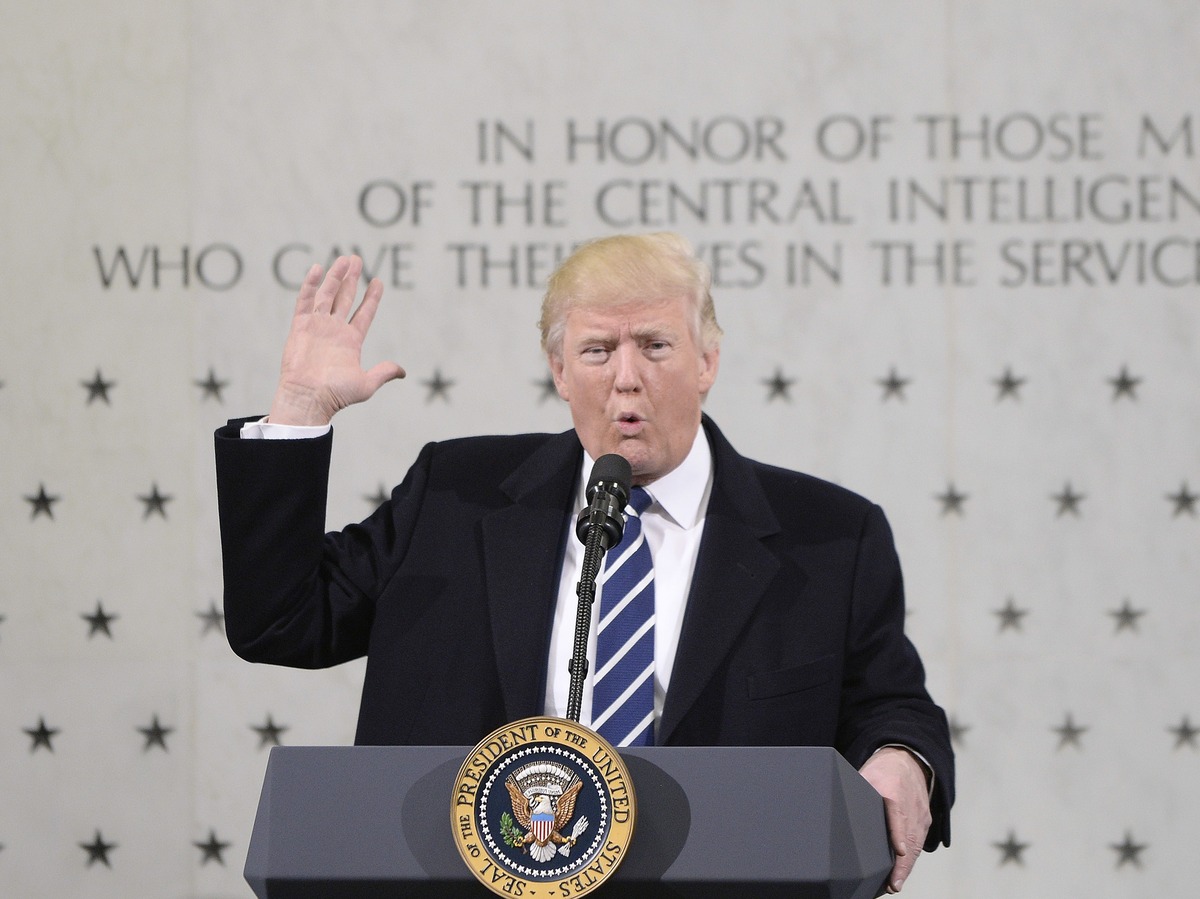 President Trump spoke at CIA headquarters in Langley, Va., on Jan. 21. He blamed the media for reports that he is feuding with the intelligence services, after comparing them to Nazi Germany.

There's an active debate inside newsrooms, and particularly within the NPR newsroom, about how to characterize the statements of President Trump when they are at odds with evidence to the contrary.

That debate began during the presidential election campaign. For example, in 2015, candidate Trump claimed that when the World Trade Center was attacked on Sept. 11, "I watched in Jersey City, N.J., where thousands and thousands of people were cheering as that building was coming down."

The claim was never substantiated and NPR said so. But we didn't call him a liar.

In September 2016, Trump got into a tiff with an African-American pastor, the Rev. Faith Green Timmons of Bethel United Methodist Church in Flint, Mich. Timmons had criticized Trump for failing to keep his remarks to her congregation, as promised, nonpartisan. Trump later had his own version of that event. Our reporter Scott Detrow was there. He reported what he saw and heard, and that didn't back up Trump's account. Back then some listeners asked why NPR didn't just report that Trump was a liar.

This week that same question is being posed to NPR.

This time, NPR's Mary Louise Kelly reported on Trump's fence-mending visit to the CIA's headquarters in Langley, Va., the day after his inauguration. Despite his tweets comparing the intelligence services to those of Nazi Germany, Trump told his audience he is with them "a thousand percent." He also said that the media were to blame for making up the feud between him and the intelligence services. Kelly said, "It's provably not true. In that same speech out of the CIA this weekend, Trump also falsely inflated the size of the crowd at his inauguration."

Now many listeners want to know why Kelly didn't just call the president a liar.

On Morning Edition, Kelly explains why. She says she went to the Oxford English Dictionary seeking the definition of "lie."

"A false statement made with intent to deceive," Kelly says. "Intent being the key word there. Without the ability to peer into Donald Trump's head, I can't tell you what his intent was. I can tell you what he said and how that squares, or doesn't, with facts."

NPR's senior vice president for news, Michael Oreskes, says NPR has decided not to use the word "lie" and that Kelly got it right by avoiding that word.

"Our job as journalists is to report, to find facts, and establish their authenticity and share them with everybody," says Oreskes. "It's really important that people understand that these aren't our opinions. ... These are things we've established through our journalism, through our reporting ... and I think the minute you start branding things with a word like 'lie,' you push people away from you."

Oreskes acknowledges that other news organizations have made a different decision, most notably The New York Times, where he worked for more than two decades. The Times uses the word "lie" in this headline about Trump's repeated claim that millions of votes cast by immigrants who are in this country illegally prevented him from winning the popular vote.

As the Times and NPR have reported, there is no credible evidence of widespread voter fraud.