Accessibility links
'Resist': Activists Unfurl Massive Banner On Crane Behind White House : The Two-Way "As much as I have a fear of heights, I decided that I would do this because the risks are so great and so tremendous at this point with this administration," said Greenpeace's Karen Topakian. 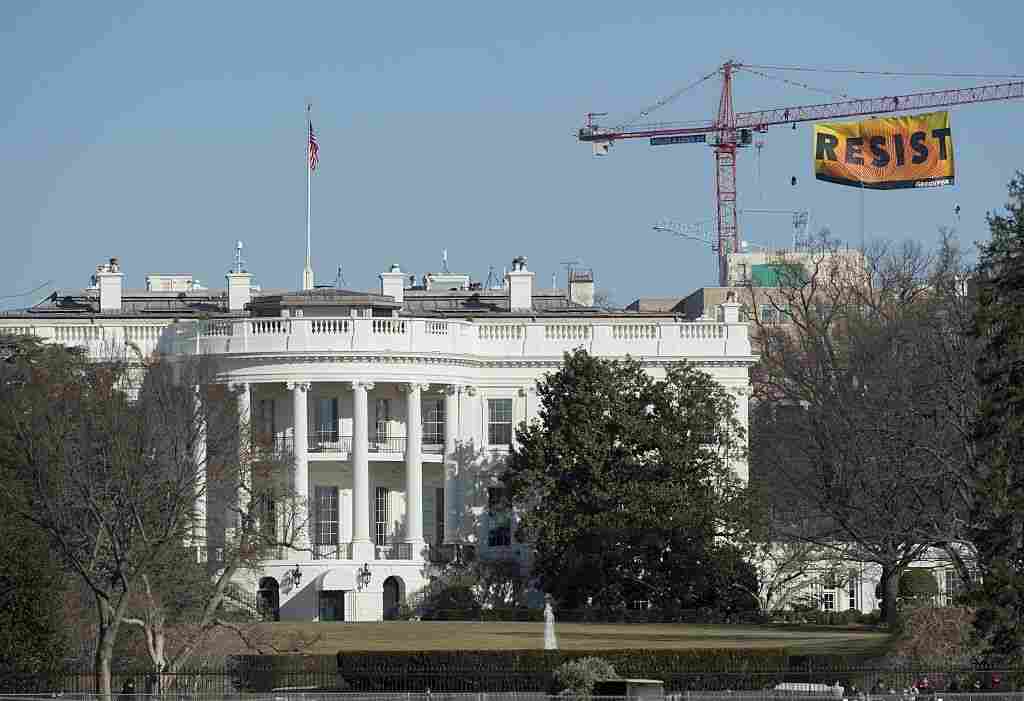 Greenpeace protesters unfold a banner reading "Resist" from atop a construction crane on Wednesday behind the White House. Saul Loeb/AFP/Getty Images hide caption 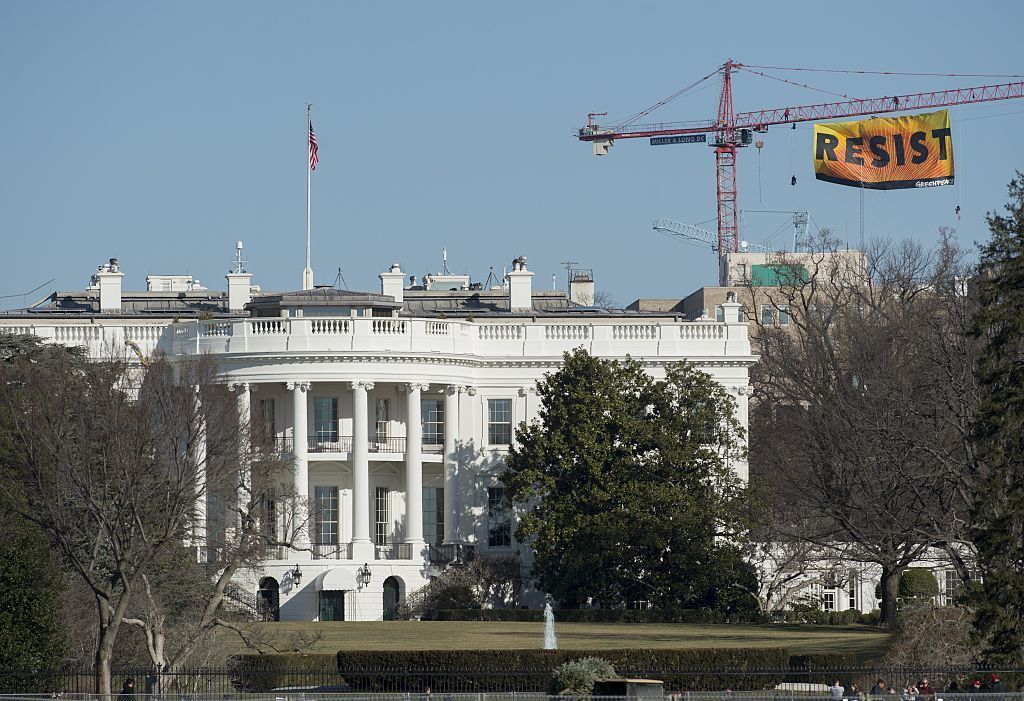 Greenpeace protesters unfold a banner reading "Resist" from atop a construction crane on Wednesday behind the White House.

On Wednesday morning, activists from Greenpeace unfurled a massive yellow and orange banner with the word "Resist" on a tall crane behind the White House.

"We climbed up the crane this morning, and occupied it and locked and chained ourselves in," the environmental group's board chairman Karen Topakian, 62, told The Two-Way.

We reached her as she was chained and locked high up on the construction crane with six other activists.

"I have a long, long history of fear of heights," she said. "As much as I have a fear of heights, I decided that I would do this because the risks are so great and so tremendous at this point with this administration."

Topakian, who lives in San Francisco, said the environmental group's protest aimed to send a message against Trump's plans and actions that he has already carried out. His positions on climate change, immigration and religious minorities motivated this protest, she said, among many other issues. She is lesbian and said she was also concerned about LGBT rights under the Trump administration.

Images of the Greenpeace protest were widely shared on social media. Topakian and the other activists had been up on the crane for at least nine hours, about three blocks from the White House.

A group of police were waiting below, she said, and the activists had agreed to "come down ourselves."

The D.C. Metropolitan Police department said they blocked several streets this morning because of the incident. "While we respect everyone's right to protest, today's actions are extremely dangerous and unlawful," it said in a statement.

A carpenter at the site, John Evans, said that the activists "must have arrived before workers showed up at 5 a.m," according to The Associated Press.

Evans told the wire service that the activists suspended high above appeared experienced: "Look how organized they are. They have the same equipment that I use every day ...They're professionals. Amateurs couldn't stay up there that long."