Accessibility links
As Trump Hotels Expand, Trump Club Also Raises Fees — And Eyebrows : The Two-Way The Trump Organization plans to open many hotels during this administration. And company's Mar-a-Lago club is doubling initiation fees. Ethicists say Trump is improperly profiting from his office. 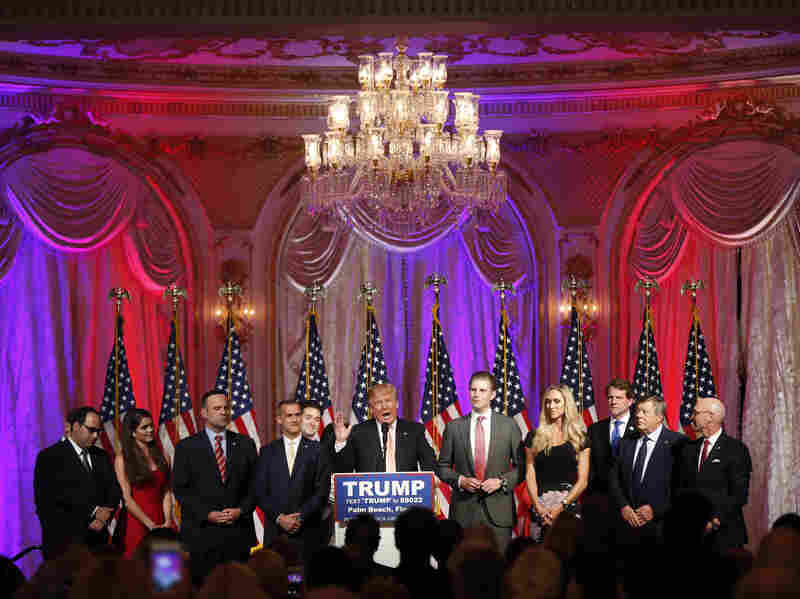 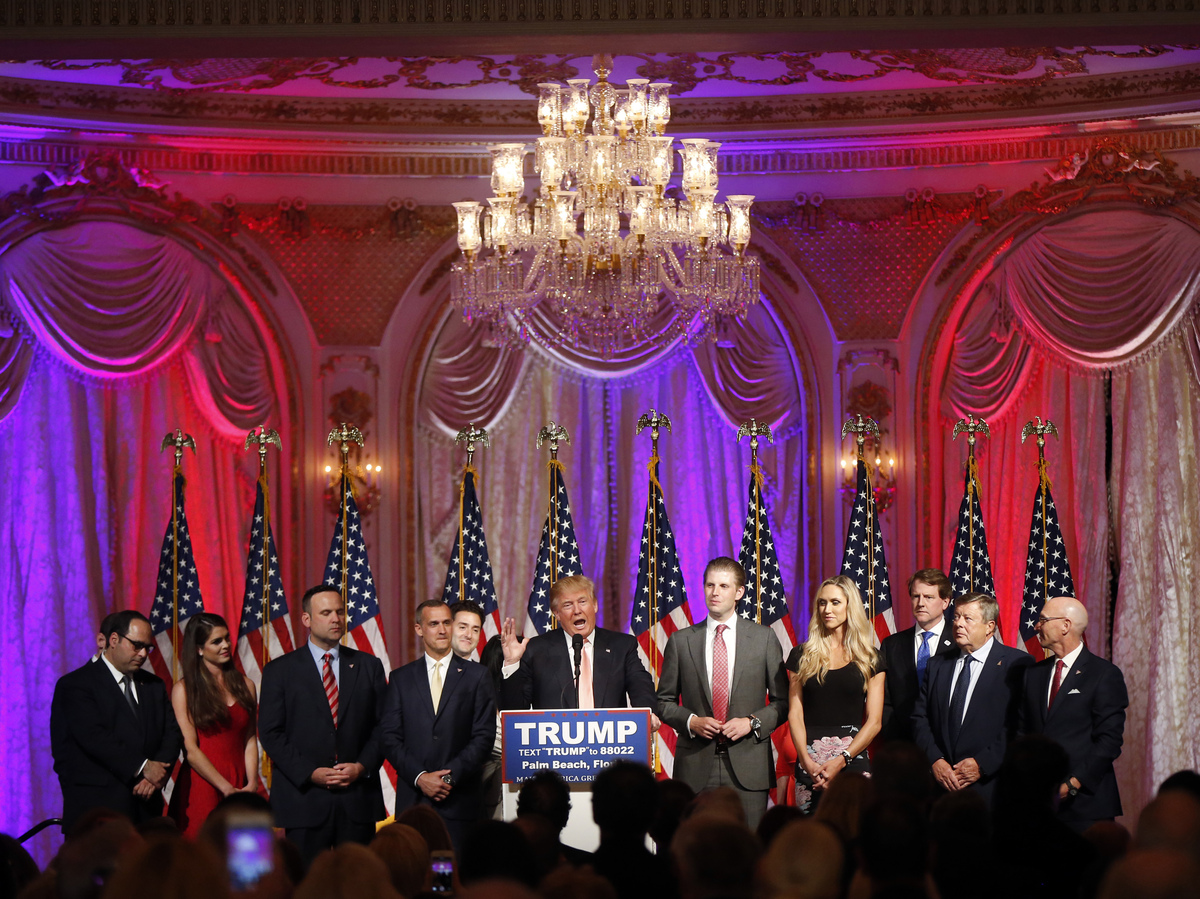 Donald Trump speaks to supporters at a primary election night event in March 2016, at his Mar-a-Lago Club in Palm Beach, Fla.)

President Trump has said he won't do any new foreign deals while in the White House, but that won't stop new Trump hotels from springing up across the United States.

Bloomberg News reports that Trump Hotels CEO, Eric Danziger, has revealed the company is planning a major expansion of its luxury properties, as well as some of its new lower-priced Scion hotels. Danziger, speaking after a panel discussion Tuesday at the America Lodging Investment Summit in Los Angeles, said Trump Hotels will be looking to triple its luxury properties in this country.

"There are 26 major metropolitan areas in the U.S., and we're in five," Danziger is quoted as saying. "I don't see any reason that we couldn't be in all of them eventually."

Danziger told the panel that cities up for consideration include Dallas, Seattle, Denver and San Francisco. He said only the luxury Trump hotels will be in the major metropolitan areas, while the Scion properties will be in secondary and tertiary cities. The first of the lower-priced hotels is due to open later this year.

"Both brands and any others we create will have a domestic emphasis for the next four or eight years," Danziger told the audience.

A spokesperson for Trump Hotels, who did not want to be identified, would not say how long these expansion plans have been in place, but added that business opportunities look positive. "We see significant growth opportunity in the United States for both our hotel brands, " the spokesperson said.

On Jan. 11, Trump announced that while he would maintain ownership of his business empire, he'd address ethical concerns by turning over day-to-day operations to his two adult sons.

That plan fails to end concerns that Trump could profit from his presidency, according to law professor Kathleen Clark, a government ethics expert at Washington University in St. Louis.

Even when his sons manage the operations, the wealth stays in the Trump family, she notes.

"This demonstrates how inadequate and frankly laughable Trump's plan for conflicts of interest is so far," she said. "Trump plans to exploit the power and prestige of the presidency for his own financial benefit," she added.

And Trump critics can point to another example of how the presidency is enriching the Trump Organization: Mar-a-Lago, Trump's club in Palm Beach, Fla., this month doubled the cost of membership.

Lembcke, who could not be reached for comment, told the Times that the fee had been $200,000 before 2010, when it was cut in half in response to the recession.

In separate news, Politico reported Wednesday that an electrical contractor — AES Electrical, based in Laurel, Md. — has filed a lawsuit against Trump's Washington hotel for $2 million. The contractor says Trump has not paid bills for "nonstop" work done to open the luxury hotel inside the federal Old Post Office Building last year.

The suit, filed in D.C. Superior Court, says the company was told to rush work on electrical and fire alarm systems ahead of a visit by then-candidate Trump in September.