Accessibility links
Climate Scientists Watch And Worry As Trump Team Moves In : The Two-Way The country's single biggest source of climate information is the federal government. What happens if a Trump administration tries to censor it? 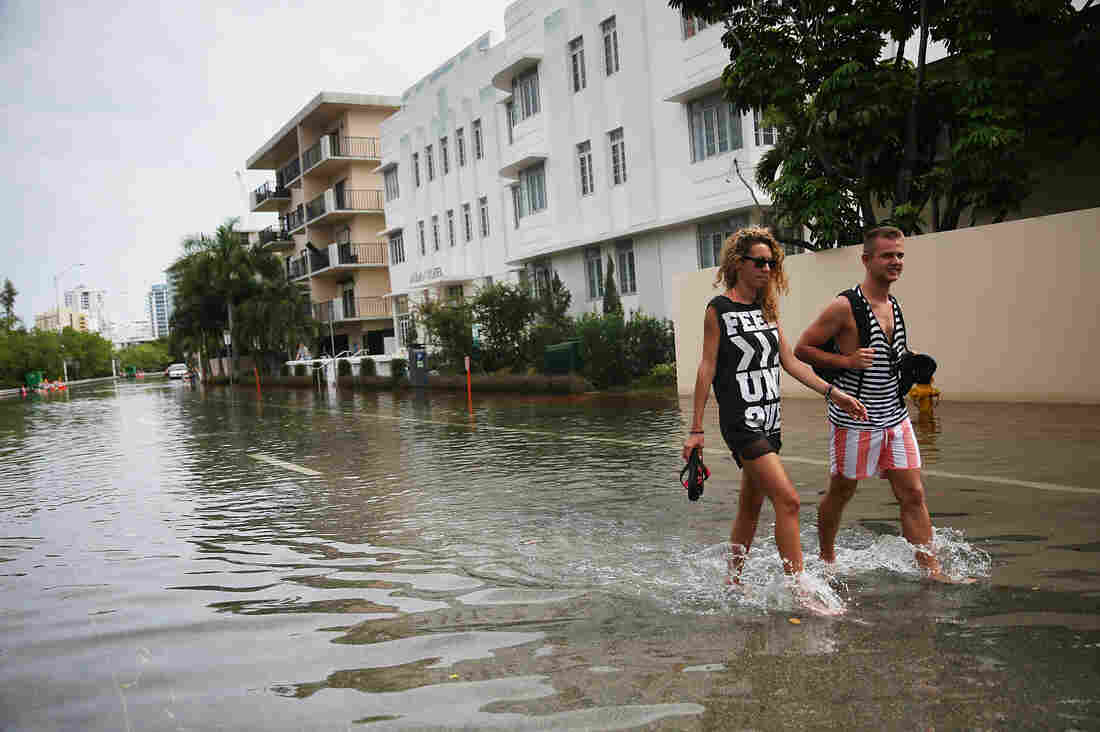 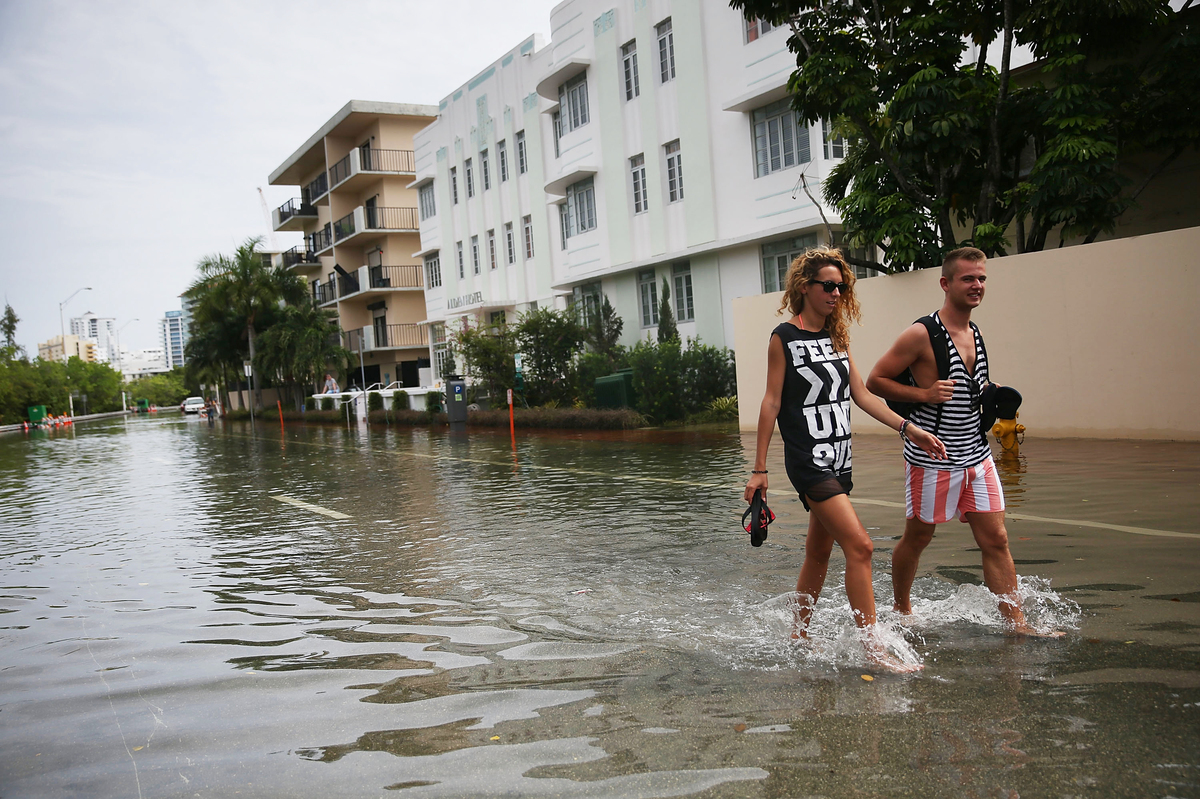 Government scientists are working on a climate assessment that among other things will help predict "sunny day" floods like this one in Miami Beach, Fla., in 2015.

This week, President Trump's transition team put new restrictions on government scientists' freedom to communicate. The restrictions are being characterized as temporary, and some have already been lifted.

But climate scientists, in particular, are on edge because the federal government generates a huge amount of data on climate. That information is used in everything from farming to weather forecasting and insurance.

Take the example of a single agency: the National Oceanic and Atmospheric Administration. NOAA operates 17 environmental satellites, along with myriad instruments that collect data on land and in the oceans.

When you add NASA's satellites and instruments and scientists, as well as those at other agencies, you get the country's biggest source of climate data — by far.

Those data are the main way we know what's going on with the climate, says Greg Asner, who studies forests at Stanford University and the Carnegie Institution for Science. "Nobody has databases like NOAA; nobody has instrumentation networks like NASA," Asner says. "Without it, we will go blind. It's like turning off the lights — we're not going to know what's happening at the Earth scale."

The government's role doesn't stop with just collecting data. Federal scientists analyze the information and eventually release it to the public in reports such as the National Climate Assessment. There have been three so far, and a fourth is due out next year. The assessments are required by law. Scientists from several federal agencies, including NOAA, write them.

Ocean scientist William Sweet at NOAA is currently working on the section about sea level rise. "Sea level rise is already happening and the impacts can be felt," Sweet says. But those impacts, he notes, are not the same everywhere.

"The ocean is not a bathtub. It may rise in one place; it may drop in the other," he says. Ocean currents and wind patterns distribute ocean water unevenly. And coastlines actually move up and down — sometimes it's a long-term response to the retreat of glaciers during the latest ice age, and sometimes it's from people draining groundwater. That "vertical land movement" influences how far inland water will encroach.

Sweet says research prepared for the new assessment shows that the East Coast and parts of the Gulf Coast, for example, will experience even higher sea levels than the world average. And that world average? It could be 8 feet higher than it is now by the end of the century — about a foot and a half higher than predicted in the latest assessment, in 2014.

That's the worst-case scenario. Sweet says it probably will be less — a lot depends on how much more carbon dioxide humans put into the atmosphere and how much of the Greenland and Antarctic ice sheets melts.

In the short term, he says, the assessment will provide news you can use. For example, there's been an uptick in abnormally high tides — these cause "sunny day" flooding that occurs even when there's no storm.

"At what point do these damaging, disruptive tidal flood events become the new norm?" Sweet says. He adds that the latest climate assessment will help answer that question by pinpointing where and how often these extra-high tides will hit.

Local municipalities can use this information to prepare by deploying pumps, cordoning-off streets or even building sea walls.

That's just a small part of what's in the assessments. They also cover everything from drought to extreme rain and snowfall.

So what happens if the Trump administration tries to censor this huge scientific enterprise? Peter de Menocal, the dean of science at Columbia University, says there just isn't any substitute for what federal climate scientists produce.

"The United States, I think, has the best-organized and some of the top talent in climate science and engineering in the world," he says. "The concern is that that brain trust, that amazing compendium of knowledge is going to disappear."