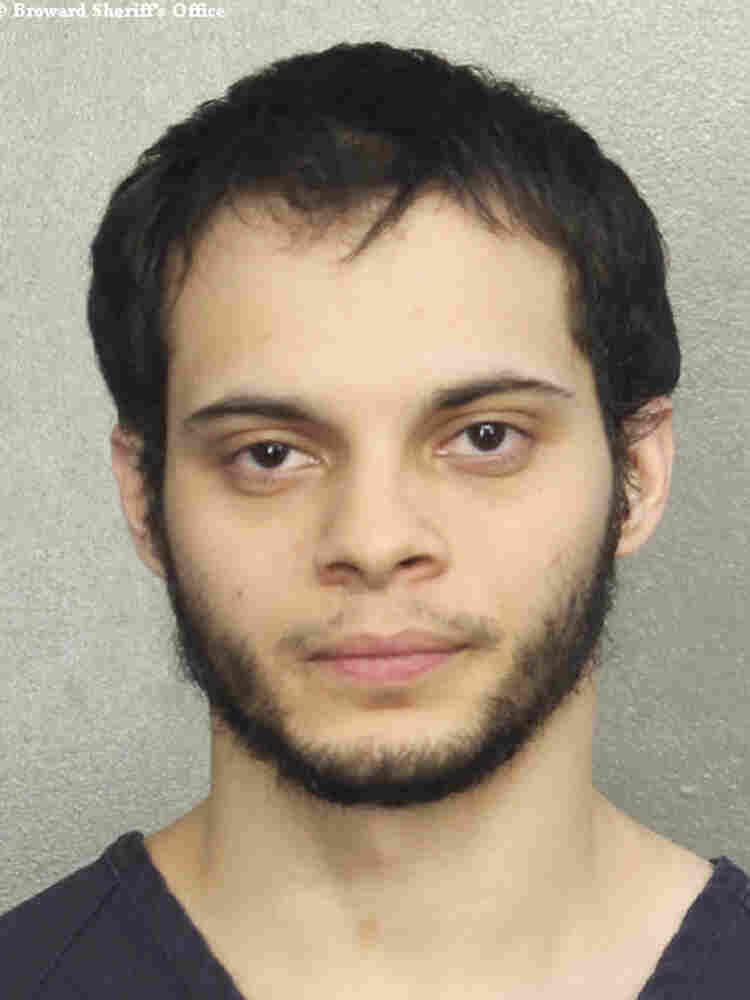 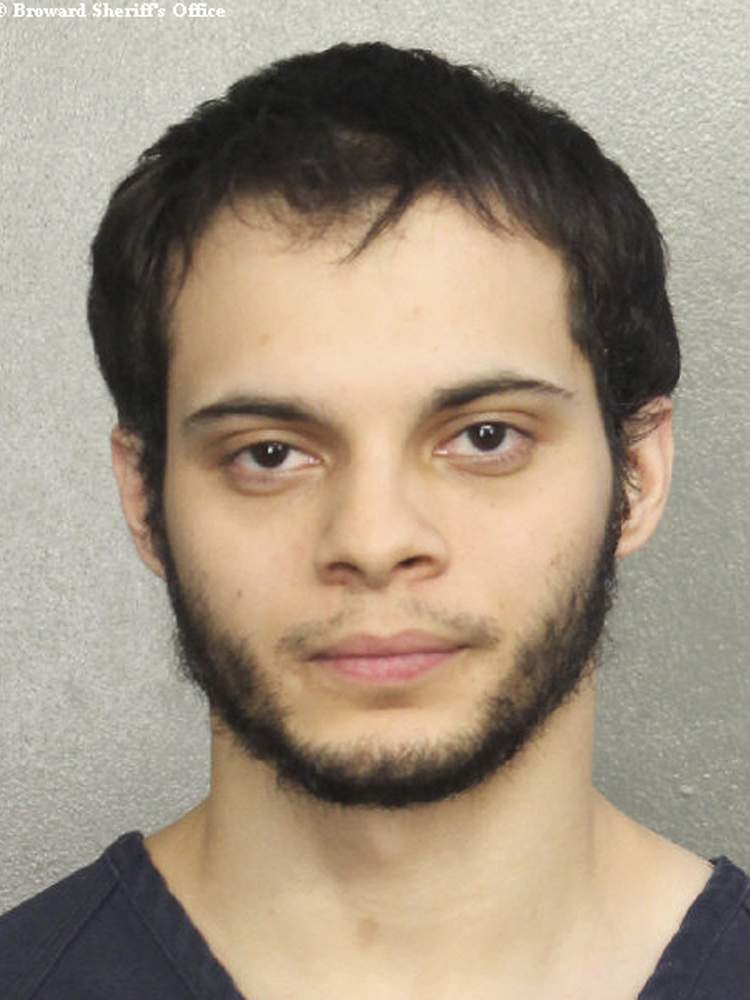 Esteban Santiago Ruiz, the man indicted for allegedly killing five people and wounding several others at the airport in Ft. Lauderdal, Fla.

Esteban Santiago Ruiz, the 26-year-old man arrested shortly after the shooting at Fort Lauderdale-Hollywood International Airport on Jan. 6, has been indicted on 22 counts by a federal grand jury.

Santiago allegedly killed five people in the baggage claim area of Terminal 2 after retrieving a weapon from a checked bag and loading it in the bathroom.

The indictment includes five counts of "violence at an international airport resulting in death," as well as numerous weapons charges for allegedly firing a Walther 9-millimeter pistol.

U.S. law specifically prohibits, and specifies federal jurisdiction over, the unauthorized use of weapons inside an international civilian airport. The provision was part of the massive Violent Crime Control and Law Enforcement Act of 1994.

As NPR's Colin Dwyer reported, Santiago served as a combat engineer in the National Guard in Puerto Rico and Alaska, and was discharged from service last year for unsatisfactory performance.

"During Santiago's time with the Puerto Rico National Guard, he was deployed to Iraq from April 2010 to February 2011. The U.S. pulled troops from the country at the end of that year.

"His aunt, Maria Ruiz Rivera, tells The Record of New Jersey that after he returned, she noticed changes in his mental health.

" 'He lost his mind,' Ruiz Rivera told the newspaper in Spanish. 'He said he saw things.'

"Over the course of 2016, Santiago was repeatedly reported to Anchorage police for physical disturbances, according to the city's police chief, Christopher Tolley — including two separate reports of domestic violence and strangulation in October last year.

"The next month, Santiago walked into an FBI office in Anchorage 'to report that his mind was being controlled by a U.S. intelligence agency,' said FBI special agent Marlin Ritzman, at a Saturday press conference. Tolley described them as 'terroristic thoughts,' in which 'he believed he was being influenced by ISIS.' "

Addressing Santiago's mental state briefly, the indictment alleges the crime was committed "after substantial planning and premeditation," and accuses him of "intentionally" killing five people and that his actions "constituted a reckless disregard for human life."

Santiago is scheduled to be arraigned on the charges on Jan. 30, according to a press release by the Department of Justice.

What We Know About The Fort Lauderdale Shooting Suspect