Accessibility links
Nadal Books Date With Federer For Australian Open Title : The Two-Way The matchup answers the prayers of tennis fans eager to see a ninth Grand Slam final between the pair. Neither player won a Grand Slam last year. 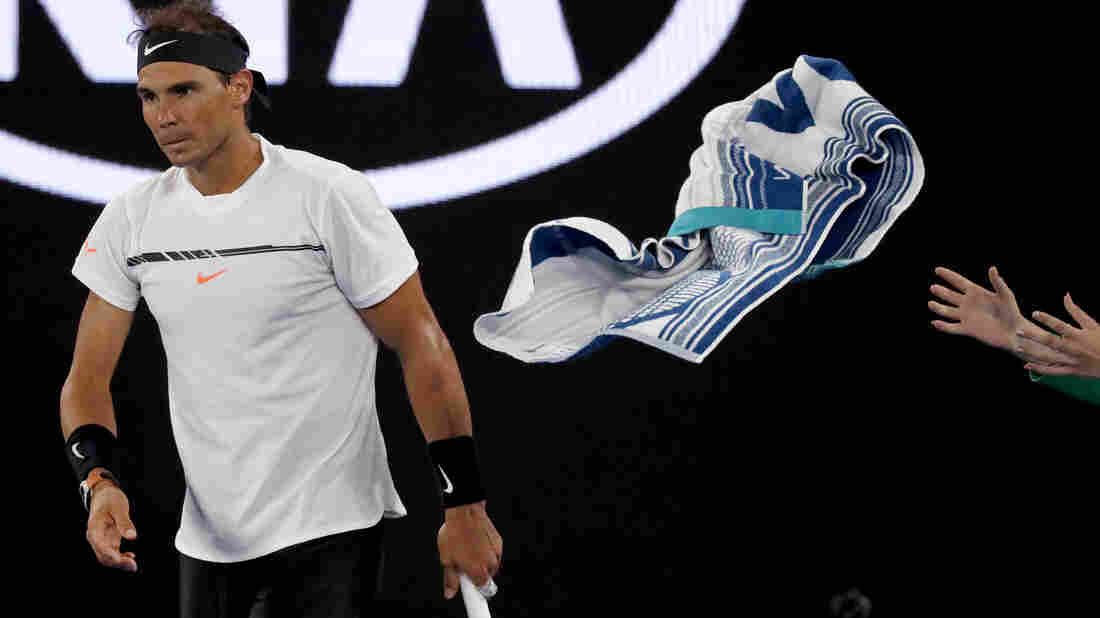 Rafael Nadal throws his towel to a ball boy during his semifinal against Bulgaria's Grigor Dimitrov at the Australian Open. Kin Cheung/AP hide caption 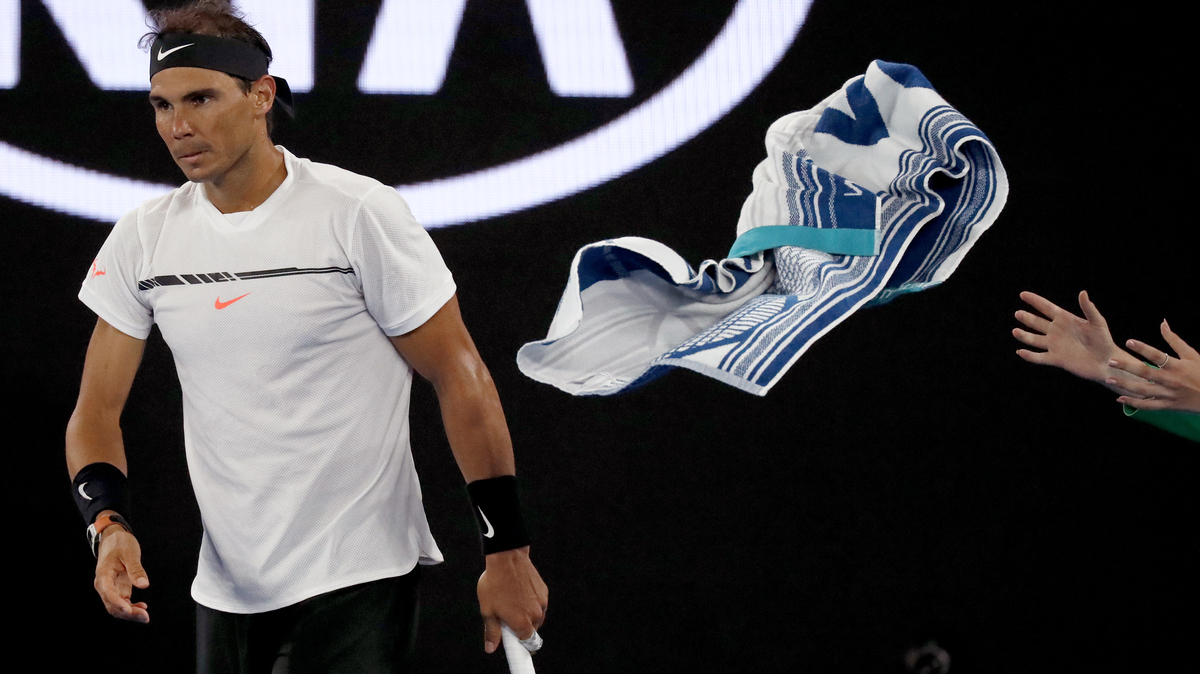 Rafael Nadal throws his towel to a ball boy during his semifinal against Bulgaria's Grigor Dimitrov at the Australian Open.

Rafael Nadal has reached the final of the Australian Open, where he will face longtime rival Roger Federer in a matchup that answers the prayers of tennis fans eager to see a ninth Grand Slam final between the pair. Nadal outlasted Grigor Dimitrov in a nearly five-hour match Friday.

"For me, it's a privilege" to face Federer again, Nadal said after his semifinal.

By reviving a rivalry that began in earnest when they slugged it out in the 2006 French Open, Nadal and Federer, now 30 and 35, respectively, provide a bookend to the women's bracket, where Venus and Serena Williams will play in the Australian Open's final for the first time since 2003.

The ninth-seeded Nadal needed a gritty win over No. 15 seed Dimitrov to reach the final, winning 6-3, 5-7, 7(7)-6(5), 6(4)-7(7), 6-4. Nadal had been poised to win in four sets — but Dimitrov used his mobility and a booming serve to prolong the match at Melbourne's Rod Laver Arena, and his creativity and lashing backhand gave Nadal fits.

Nadal was on the losing end of two key challenges late in the match, as in the final sets, two of Dimitrov's angled shots — one on either sideline — were shown to have caught a sliver of the line.

Fate seemed to turn against Nadal in the final set, as Dimitrov held serve by using a no-look over-the-head cross-court shot (after losing his footing near the net) to set up a baseline winner that Nadal couldn't reach. But after both players held serve through the set's first eight games, Nadal finally broke through to go up 5-4.

One day earlier, Federer had booked his spot in the title match with his own five-set victory over Stan Wawrinka.

On Sunday, Nadal will appear in his first Grand Slam final since the 2014 French Open — and Federer will be trying to break a drought of his own: He hasn't won a Grand Slam since Wimbledon in 2012.