Accessibility links
After Canceling White House Visit, Peña Nieto Speaks To Trump By Phone : The Two-Way The two spoke for an hour. A press release from the office of the Mexican president said they had "agreed at this point not to speak publicly" about payment for President Trump's planned border wall. 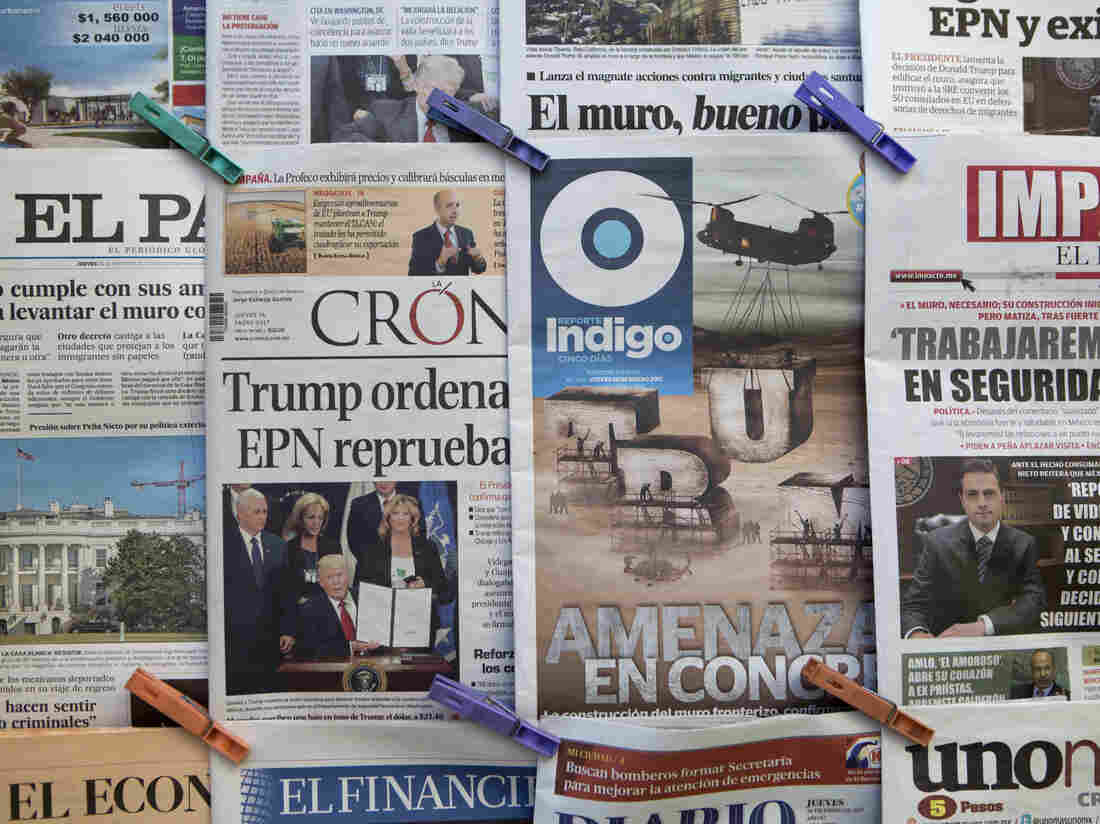 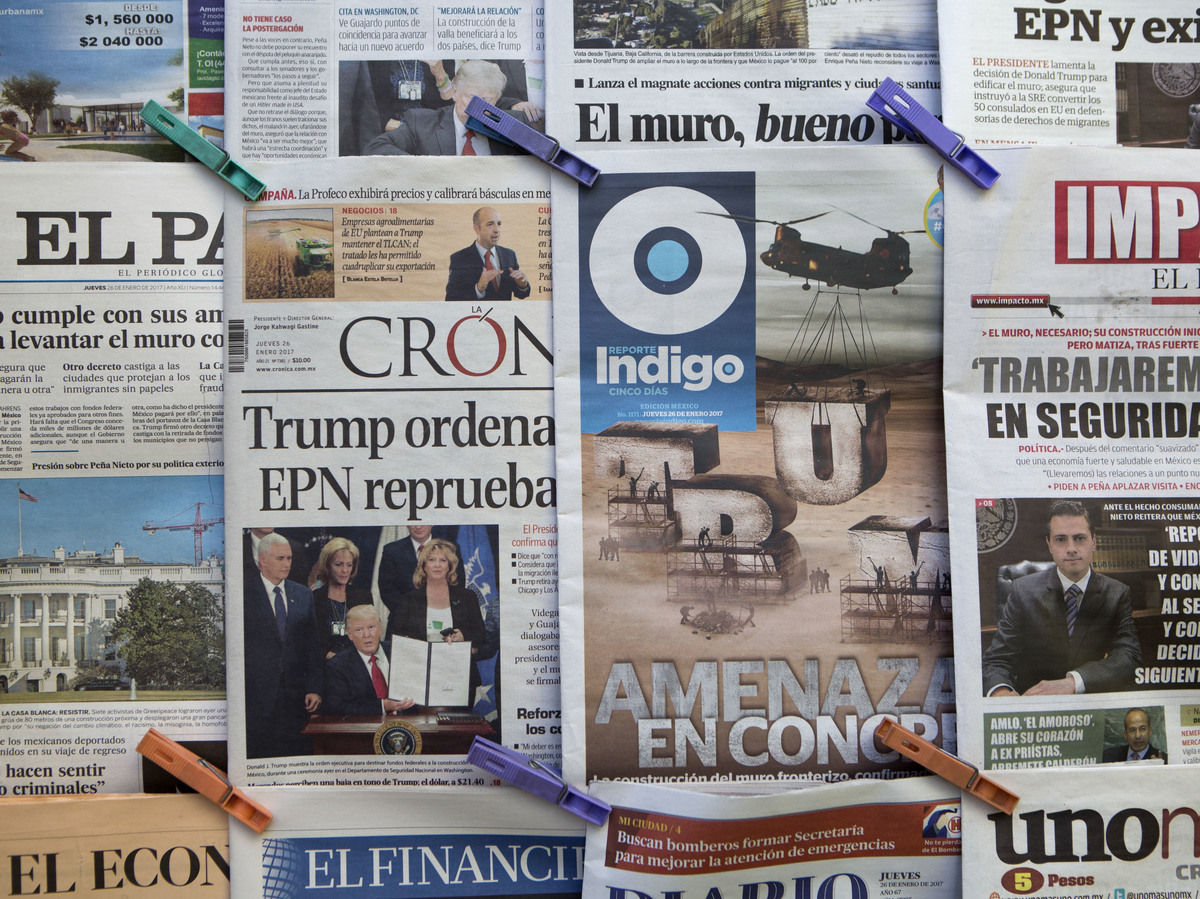 Newspapers in Mexico City on Thursday featured headlines about President Trump's proposed border wall and his insistence that Mexico will foot the bill.

President Trump spoke by phone to President Enrique Peña Nieto of Mexico for an hour on Friday, according to statements by both leaders.

Peña Nieto was scheduled to visit the White House on Jan. 31. But on Wednesday Trump signed an order to move forward with a wall along the Mexican border and insisted that Mexico would eventually pay the bill.

On Thursday, Peña Nieto canceled his planned visit to the U.S. without giving a reason.

According to a statement released by Peña Nieto's office after Friday's call, the two leaders did discuss security along the border between their two countries.

"With regard to the payment of the border wall, both Presidents acknowledged their clear and very public differences in position on this sensitive issue and agreed to resolve these differences as part of a comprehensive discussion of all aspects of the bilateral relationship," an unofficial translation of the statement read.

"The Presidents also agreed at this point not to speak publicly about this controversial issue."

The White House released a statement saying, "With respect to payment for the border wall, both presidents recognize their clear and very public differences of positions on this issue but have agreed to work these differences out."

"I have great respect for Mexico. I love the Mexican people. I work with the Mexican people all the time, great relationships. But as you know Mexico with the United States has outnegotiated us and beat us to a pulp through our past leaders. That made us look foolish."

On Thursday, a White House spokesman said one potential way to pay for the wall could be to apply a 20 percent tax on imports from Mexico, as well as other countries with which the U.S. has a trade deficit.

"That would effectively saddle U.S. consumers with a significant portion of the wall's cost, estimated at $15 billion or more," NPR's Scott Horsley reported.