Accessibility links
Quebec City Mosque Shooting: Multiple Killed, Several Injured : The Two-Way Quebec City police have a suspect in custody following a shooting at a mosque that left six people dead and eight wounded on Sunday. Canadian officials say the shooting was an act of terrorism. 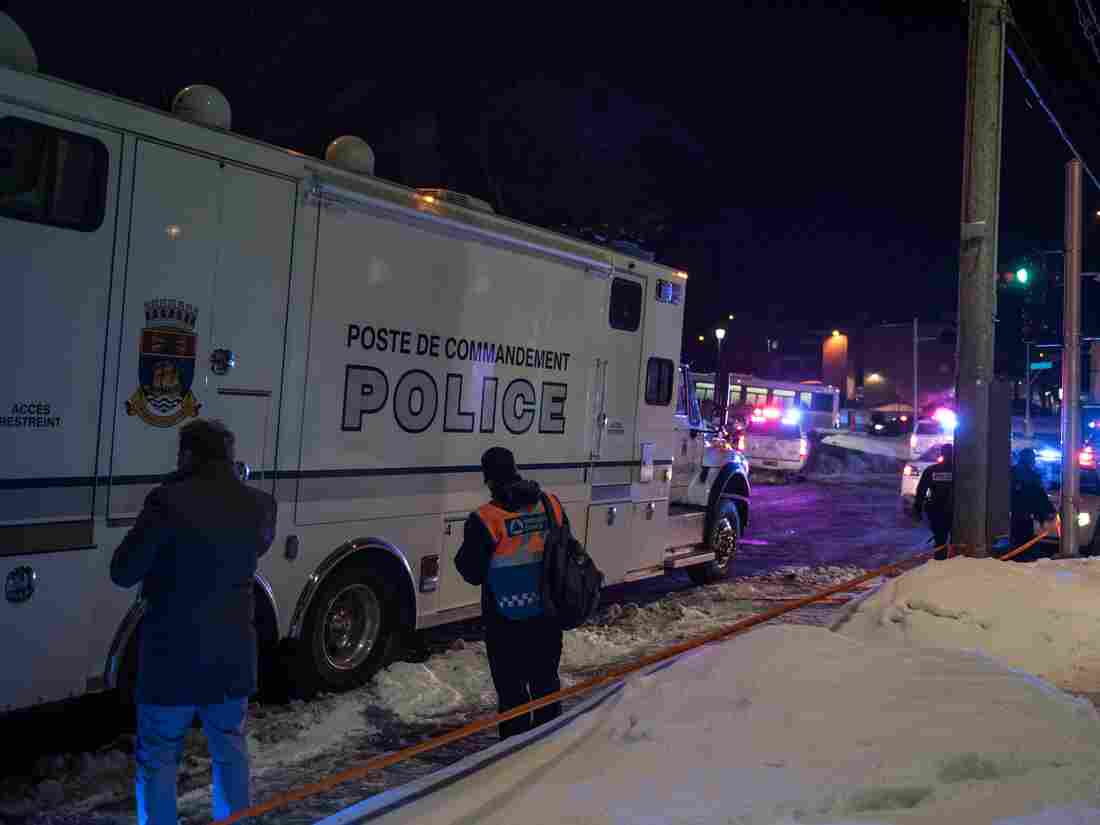 Police officers respond to a shooting in a mosque at the Quebec City Islamic Cultural Centre in Quebec City on Sunday. ALICE CHICHE/AFP/Getty Images hide caption 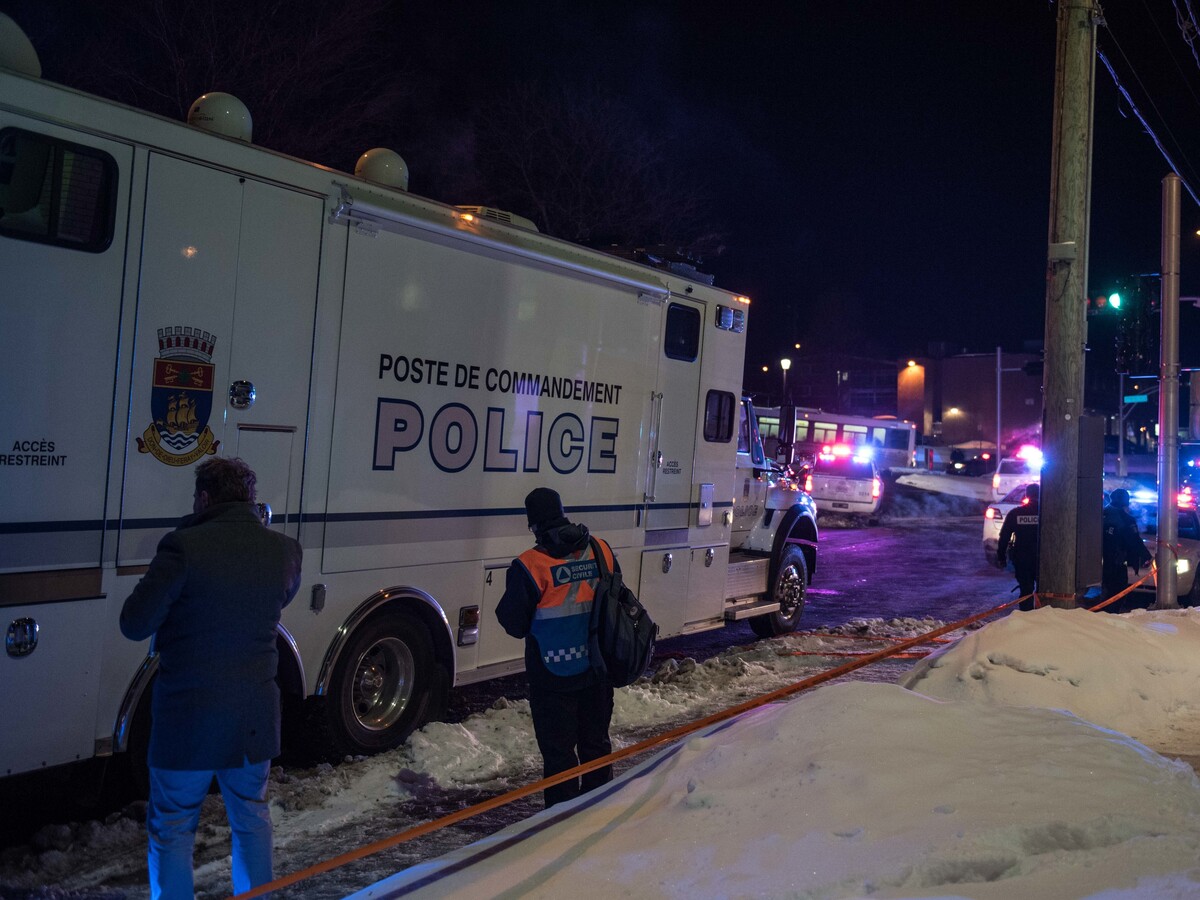 Police officers respond to a shooting in a mosque at the Quebec City Islamic Cultural Centre in Quebec City on Sunday.

Police in Quebec City have arrested a suspect following a shooting at a mosque there that left six people dead and wounded eight others Sunday night. After initially saying they had two suspects in custody, police said Monday that they determined one of the men was instead a witness.

According to Canadian authorities, a gunman opened fire inside the Quebec City Islamic Cultural Centre around 8 p.m. ET, as about 40 people were gathered for evening prayers.

Canadian Prime Minister Justin Trudeau and Quebec Province Premier Philippe Couillard have described the shooting as an act of terrorism.

On Monday, Trudeau delivered a formal address to the House of Commons. "These people were just that — people, ordinary Canadians. They were brothers, uncles, fathers and friends," he said. "These were people of faith and of community, and in the blink of an eye, they were robbed of their lives in an act of brutal violence."

Canadians will not be broken by this violence. Our spirit & unity will only strengthen – we will mourn, and we will heal, together. pic.twitter.com/TVdFrbuHpq

He added: "We will not close our minds. We will open our hearts. ... let us strive to be the best version of ourselves in these dark hours."

In a statement late Sunday, Trudeau said he felt "tremendous shock, sadness and anger" upon learning of the shooting.

"We condemn this terrorist attack on Muslims in a centre of worship and refuge. ... It is heart-wrenching to see such senseless violence. Diversity is our strength, and religious tolerance is a value that we, as Canadians, hold dear.

"Muslim-Canadians are an important part of our national fabric, and these senseless acts have no place in our communities, cities and country. Canadian law enforcement agencies will protect the rights of all Canadians, and will make every effort to apprehend the perpetrators of this act and all acts of intolerance."

Police have not released details about the suspect in custody, or what motivated the attack.

"Why is this happening here? This is barbaric," the mosque's president, Mohamed Yangui said to reporters, according to the AP.

Yangui was not inside the mosque when the shooting occurred but said he received frantic calls from many who were inside at the time of the gunfire.

Mohamed Labidi, the mosque's vice president, told the wire service that a university professor and a businessman were among the victims. They were shot in the back, he said.

Reuters reports that "incidents of Islamophobia have increased in Quebec in recent years." Here's more from the news service:

Tonight, Canadians grieve for those killed in a cowardly attack on a mosque in Quebec City. My thoughts are with victims & their families.

"The face-covering, or niqab, became a big issue in the 2015 Canadian federal election, especially in Quebec, where the vast majority of the population supported a ban on it at citizenship ceremonies.

"In 2013, police investigated after a mosque in the Saguenay region of the province was splattered with what was believed to be pig blood. In the neighboring province of Ontario, a mosque was set on fire in 2015, a day after an attack by gunmen and suicide bombers in Paris."

Last June, during the holy month of Ramadan, as the CBC reported, someone also left a pig's head at Quebec City Islamic Cultural Centre, where Sunday night's attack took place.

"Tonight, Canadians grieve for those killed in a cowardly attack on a mosque in Quebec City," Trudeau said. "My thoughts are with victims & their families."