Accessibility links
Don't Invite Trump For State Visit, Say More Than 1 Million In U.K. : The Two-Way Donald Trump "should not be invited to make an official State Visit because it would cause embarrassment to Her Majesty the Queen," the petition states. Trump already accepted an invitation to visit. 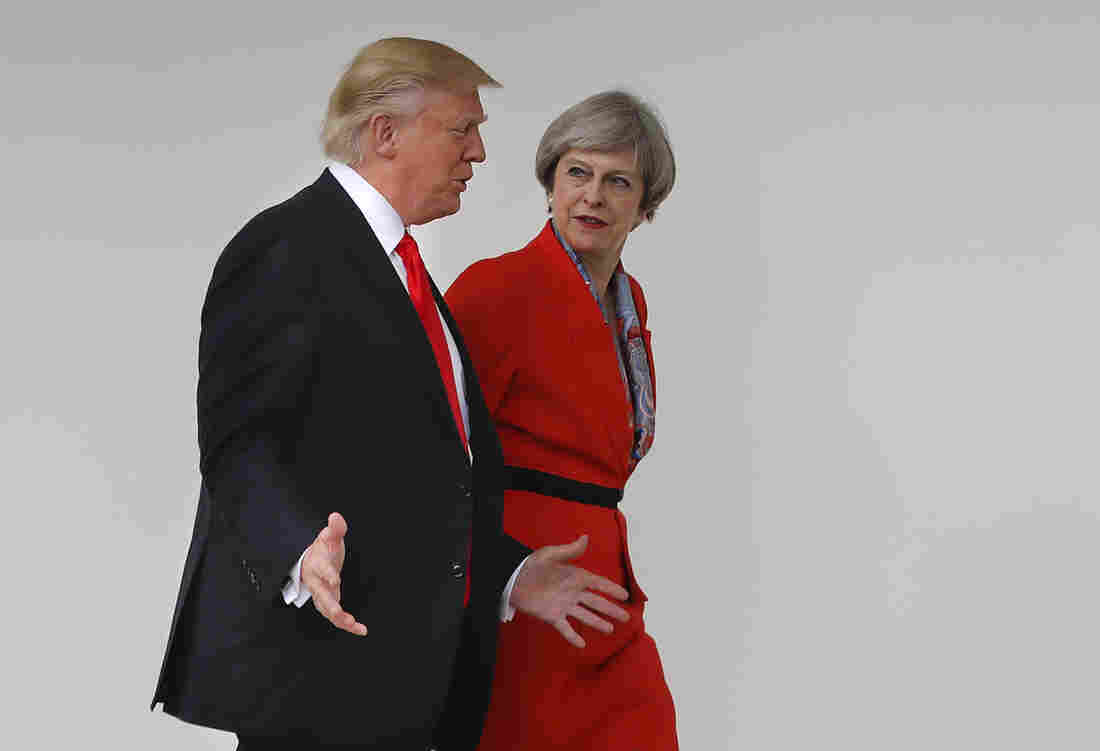 President Trump and British Prime Minister Theresa May walk along the colonnades of the White House in Washington, D.C., on Friday. Pablo Martinez Monsivais/AP hide caption 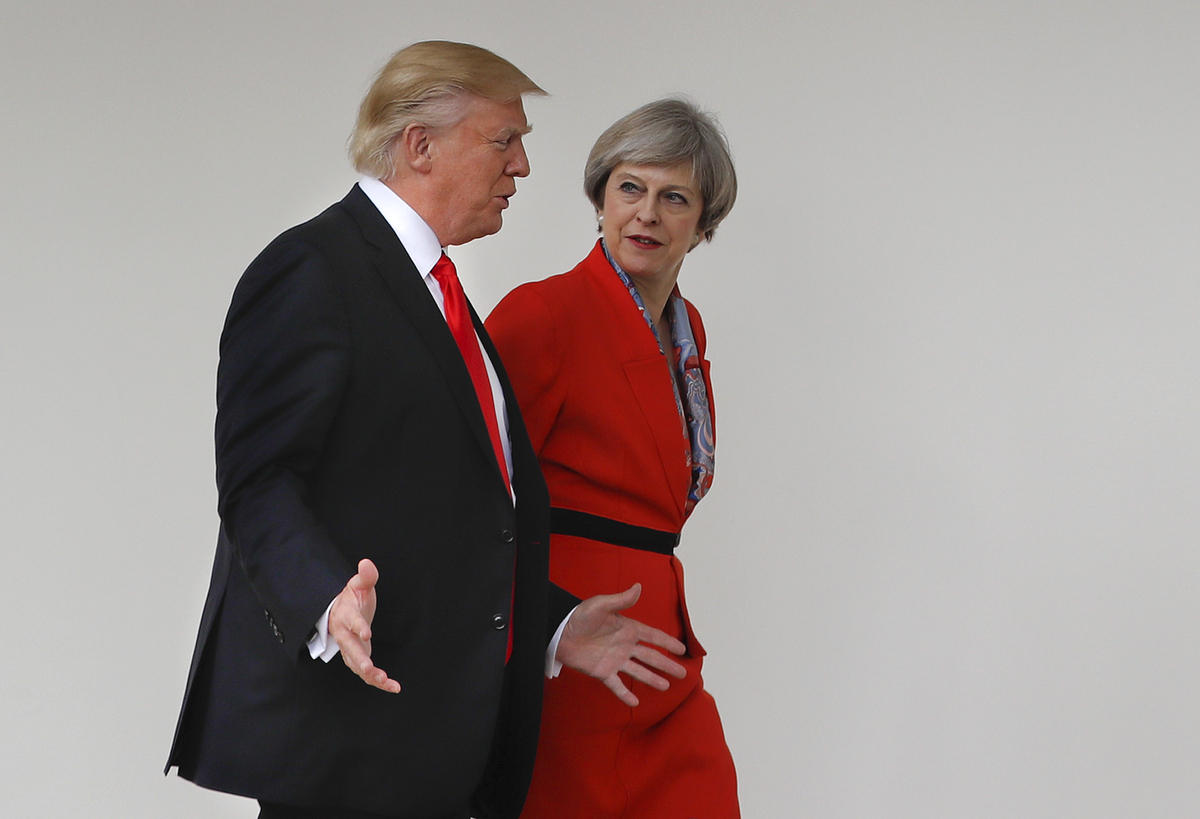 President Trump and British Prime Minister Theresa May walk along the colonnades of the White House in Washington, D.C., on Friday.

More than 1.3 million people have signed an official U.K. petition to prevent President Trump from making a state visit to the U.K. — and the number continues to grow.

"Donald Trump should be allowed to enter the UK in his capacity as head of US Government," the petition states, "but he should not be invited to make an official State Visit because it would cause embarrassment to Her Majesty the Queen."

The U.K. Parliament will consider this petition for a debate, because it has surpassed the threshold of 100,000 signatures.

British Prime Minster Theresa May, while she was in Washington, D.C., last week, actually already extended an invitation to Trump on the queen's behalf, and he has accepted.

The petition gained steam after Trump issued an executive order Friday that freezes admission into the U.S. for all refugees and temporarily blocks entry to citizens and dual nationals from seven Muslim-majority countries.

"On Friday, she became the first foreign leader to meet the new president at the White House. After news of the travel ban broke, though, May was slow to respond. Leading critics to say she's been too eager to cozy up to Trump. A protest against the travel ban is planned today outside Downing Street."

Labour Party leader Jeremy Corbyn said Trump "should not be welcomed to Britain while he abuses our shared values with his shameful Muslim ban and attacks on refugees' and women's rights." He added that May would be "failing the British people if she does not postpone the state visit."

The petition's authors explained their rationale like this: "Donald Trump's well documented misogyny and vulgarity disqualifies him from being received by Her Majesty the Queen or the Prince of Wales."

Last year, Parliament held a similar debate in response to a petition calling for Trump to be banned from the U.K. after he proposed "a total and complete shutdown of Muslims entering the United States" while on the campaign trail, as the Guardian reported. "MPs described him as a 'fool', a 'buffoon' and a 'wazzock' in the lengthy parliamentary debate in January last year" — but decided not to block him.