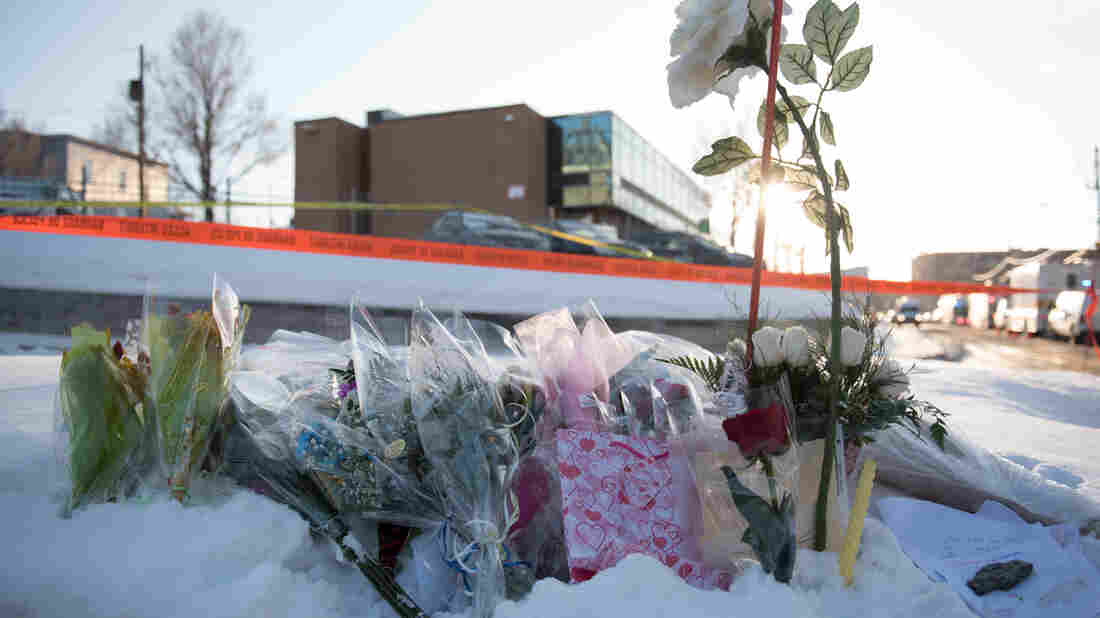 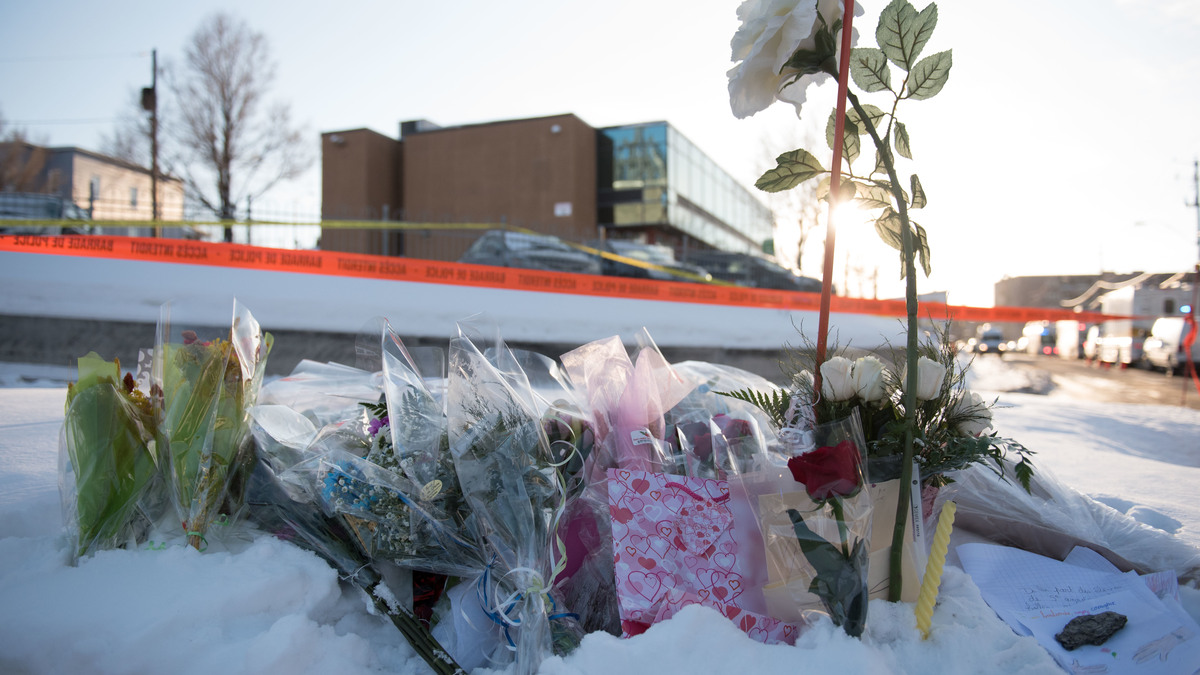 Flowers at a makeshift memorial near the Islamic Cultural Center in Quebec City Monday.

Canadian authorities say a 27-year-old man was solely responsible for the armed attack on a Quebec City mosque on Sunday.

The man, who has been identified as Alexandre Bissonnette, faces 11 charges: six counts of murder and five counts of attempted murder. In a brief appearance in court he did not enter a plea.

Local authorities initially were looking for two suspects, but another man arrested at the mosque was determined to be just a witness to the shooting, which occurred Sunday evening.

The police have not discussed a possible motive for the attack. The New York Times reports that Bissonnette has a history of anti-Islam comments online and had expressed support for the far-right French political party, the National Front.

Mass shootings are rare in Canada. Adding to the shock and outrage is the fact that Quebec City, a metropolitan area of about 806,000 people, saw just two killings in all of 2015. Nevertheless, Canadian Muslim activists report that the mosque has seen an uptick in threats and vandalism.

White House spokesman Sean Spicer said that President Trump had called Trudeau to express his condolences. In a telegram, Russian President Vladimir Putin did the same.

Paris Mayor Anne Hidalgo said her city would signal its solidarity with Quebec City by turning off the lights on the Eiffel Tower Monday.