Accessibility links
Dakota Access Pipeline: Trump Administration Orders Easement For Construction : The Two-Way Members of the North Dakota congressional delegation say the acting secretary of the Army has ordered the Corps of Engineers to proceed with an easement needed to complete the pipeline. 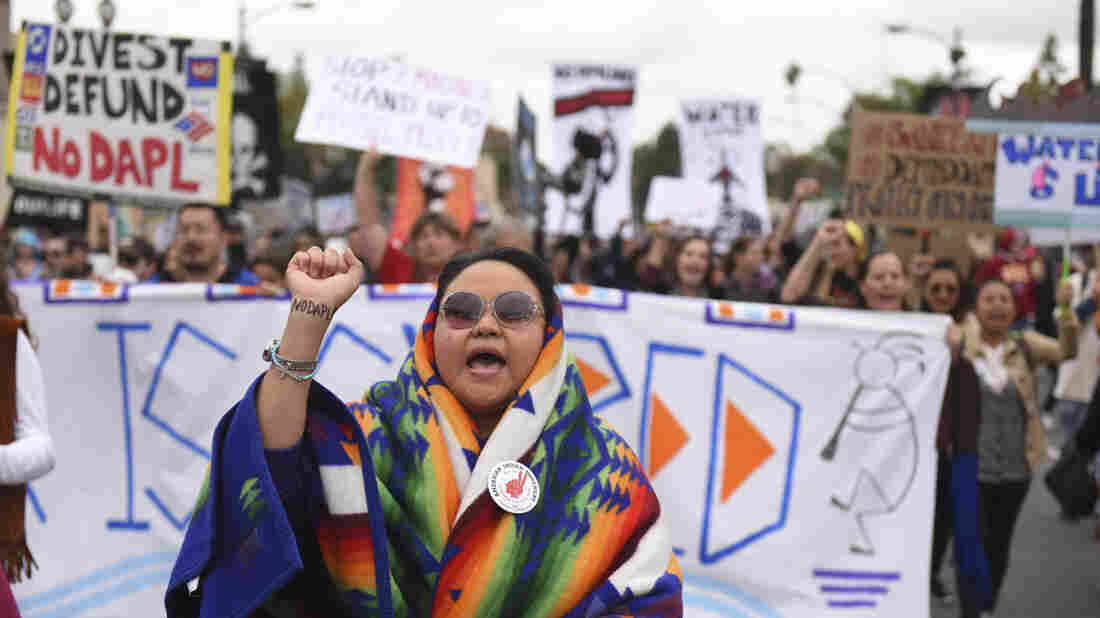 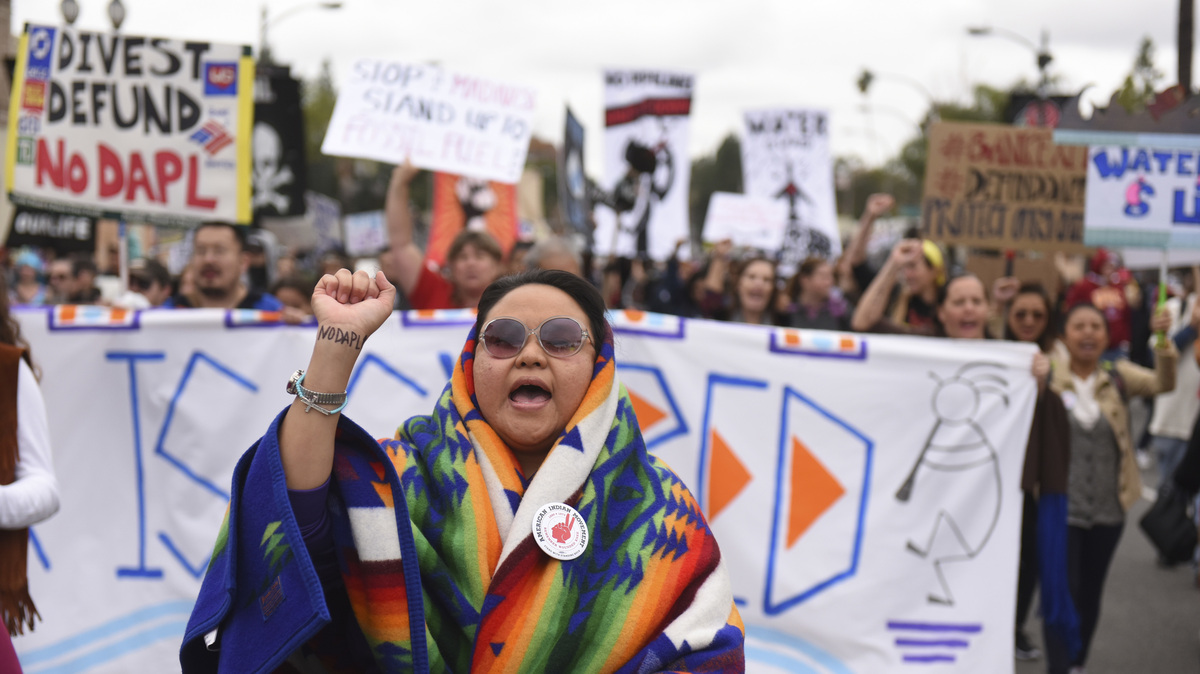 Protesters rally against the Dakota Access Pipeline behind the 128th Rose Parade in Pasadena, Calif., on Jan. 2, 2017.

Sen. John Hoeven, R-N.D., said Tuesday that the acting secretary of the Army had directed the Corps of Engineers to "proceed with the easement" necessary for construction of the Dakota Access Pipeline.

If it's granted, the easement under review would allow the pipeline to cross under a federally controlled section of the Missouri River just north of the Standing Rock Sioux Reservation in North Dakota.

On Wednesday, the Department of the Army said in a statement that it had been directed to expedite its review of the easement request, but that "these initial steps do not mean the easement has been approved."

The directive is in line with President Trump's Jan. 24 memorandum encouraging the U.S. Army Corps of Engineers to expedite the review and approval process.

"The Assistant Secretary for the Army Civil Works will make a decision on the pipeline once a full review and analysis is completed in accordance with the directive," according the Army statement.

On Jan. 18 the Army announced it was gathering information for an environmental impact assessment, and that it would accept public comments through Feb. 20, according to a notice published in the Federal Register. It was unclear what, if any, effect the presidential directive will have on that process.

The project, which is slated to carry North Dakota crude to Midwestern refineries, has drawn protesters who say oil might leak from the structure and contaminate water supplies, and that construction is disturbing lands sacred to the Sioux tribe.

In December, the Obama administration ordered a pause for an environmental study, but President Trump moved soon after his inauguration to support the pipeline, along with the Keystone XL pipeline for Canadian crude.

Hoeven said he had spoken with both acting Secretary of the Army Robert Speer and Vice President Pence about the easement:

"This will enable the company to complete the project, which can and will be built with the necessary safety features to protect the Standing Rock Sioux Tribe and others downstream.

"Building new energy infrastructure with the latest safeguards and technology is the safest and most environmentally sound way to move energy from where it is produced to where people need it."

Hoeven also said he is working to get additional funds for law enforcement at the site.

The Standing Rock Sioux Tribe has fought against construction of the pipeline for months, with members and supporters living on the site, trying to block construction. The tribe said it will continue its battle:

"[The announcement] is ... not a formal issuance of the easement—it is notification that the easement is imminent. ...

"The Army Corps lacks statutory authority to simply stop the [environmental study] and issue the easement. The Corps must review the Presidential Memorandum, notify Congress, and actually grant the easement. We have not received formal notice that the [study] has been suspended or withdrawn."

Rep. Kevin Cramer, R-N.D., said in a statement that the pipeline is an "important piece of energy infrastructure enhancing America's energy security and putting North Dakotans and Americans back to work. President Trump has proven to be a man of action and I am grateful for his commitment to this and other critical infrastructure projects so vital to our nation."

Amy Sisk of Prairie Public Broadcasting contributed to this report.