Accessibility links
Big Rule Changes Could Make Youth Football Games A Whole Lot Smaller : The Two-Way A modified version of the sport, billed as a bridge between tackle and flag football, will be piloted with select youth football programs this fall. It features fewer players and a shorter field. 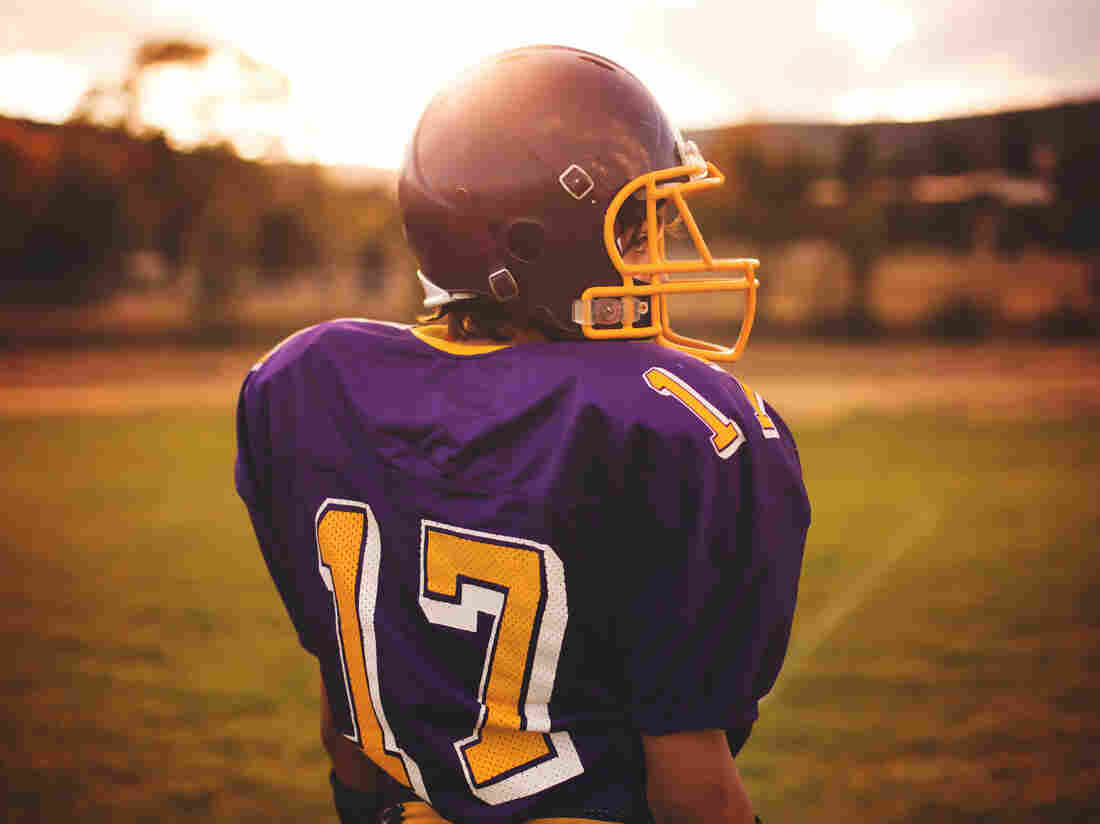 USA Football says it will be testing a new version of the game in select youth programs this fall that could become an alternative to tackle football and flag football. Adriana Varela Photography/Getty Images hide caption USA Football says it will be testing a new version of the game in select youth programs this fall that could become an alternative to tackle football and flag football.

As concerns over player safety mount, the national governing body for youth and high school football is considering a version of the game that could look radically different from what football fans might expect.

It's a leaner, less contact-inclined game, focused on fostering well-rounded athletes and cutting down on the kinds of bone-rattling, open-field hits that can leave parents cringing in the bleachers.

It is also, for now, just a glimmer in the eyes of its creators at USA Football: The organization will be introducing new rules in a pilot run at select youth football programs across the country for the fall season.

Here's a breakdown of what players and parents can expect from the modified game, as told to NPR by USA Football Communications Manager Tom Yelich:

Yelich bills the modified version of the game as the next step in developing youth football. ESPN, citing 2015 data from the Sports & Fitness Industry Association, reported that about 1.23 million kids ages 6 to 12 played tackle football in 2015; in the same year, about 1.1 million kids in the same age group played flag football, a non-contact version.

For Yelich, the new rules might offer a third way — a bridge between these two ends of the football spectrum.

But he's also careful to note these rules are still in development, by no means mandatory and currently without plans for a wide rollout. That will depend on how the pilot program goes, Yelich says.

For USA Football, it appears be an attempt to protect its youngest players — who Yelich says can be as young as 7 or 8 — and assuage parental fears about their safety, more and more scientific evidence points toward the lasting health problems incurred while playing the sport.

As NPR's Shots blog has reported, players are at relatively high risk of concussion in games and, somewhat surprisingly, even more so in practices. Concussions and repeated blows to the head have been linked to chronic traumatic encephalopathy, or CTE, a degenerative brain disease — a link that the NFL's top health and safety officer acknowledged at a congressional roundtable last year.

"The earlier they started playing, the worse their brains fared later on," Robert Stern, director of clinical research at the Chronic Traumatic Encephalopathy Center at the Boston University School of Medicine, told The New York Times.

"To me, it makes sense we would want to do everything we can to reduce or eliminate purposeful hits to the brain," Stern continued. "But if the culprit is the repetitive hits to the brain, that's the starting point for making changes."

The modified game now under consideration would not be the first program instituted by USA Football in an attempt to curb injuries. In 2014, the nonprofit organization launched Heads Up Football, a series of primarily NFL-funded clinics intended to teach players better form in tackling.