Accessibility links
Israel Starts Evacuating Illegal Outpost; Approves 3,000 New West Bank Units : The Two-Way There's been a clear uptick in the rate of settlement approval since Donald Trump was sworn into office on Jan. 20 — and the U.S. president is expected to be supportive of settlement expansion. 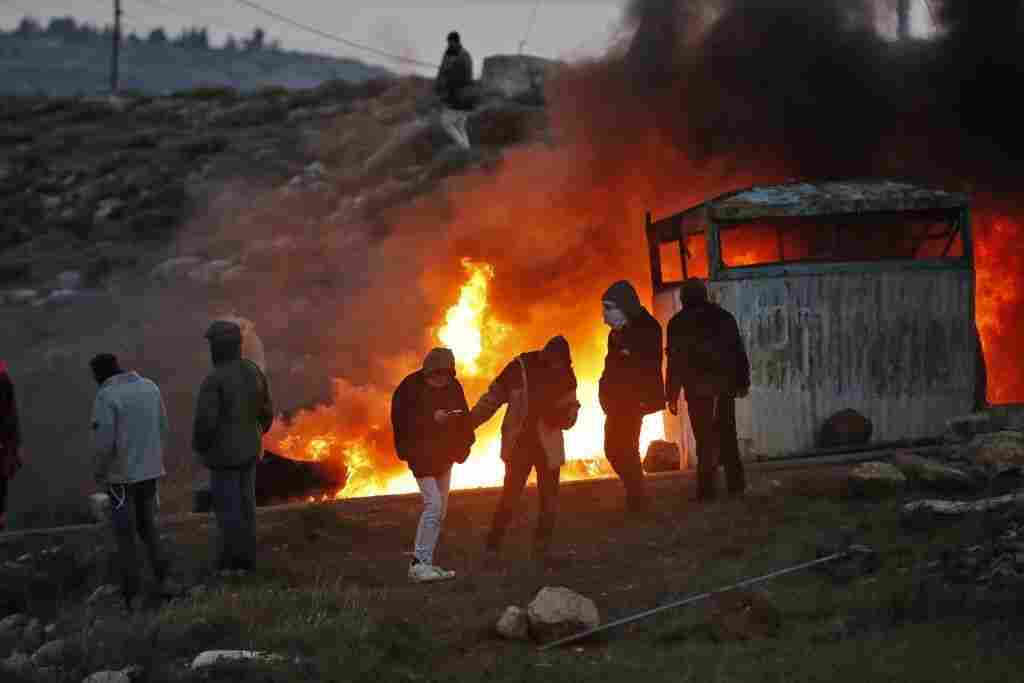 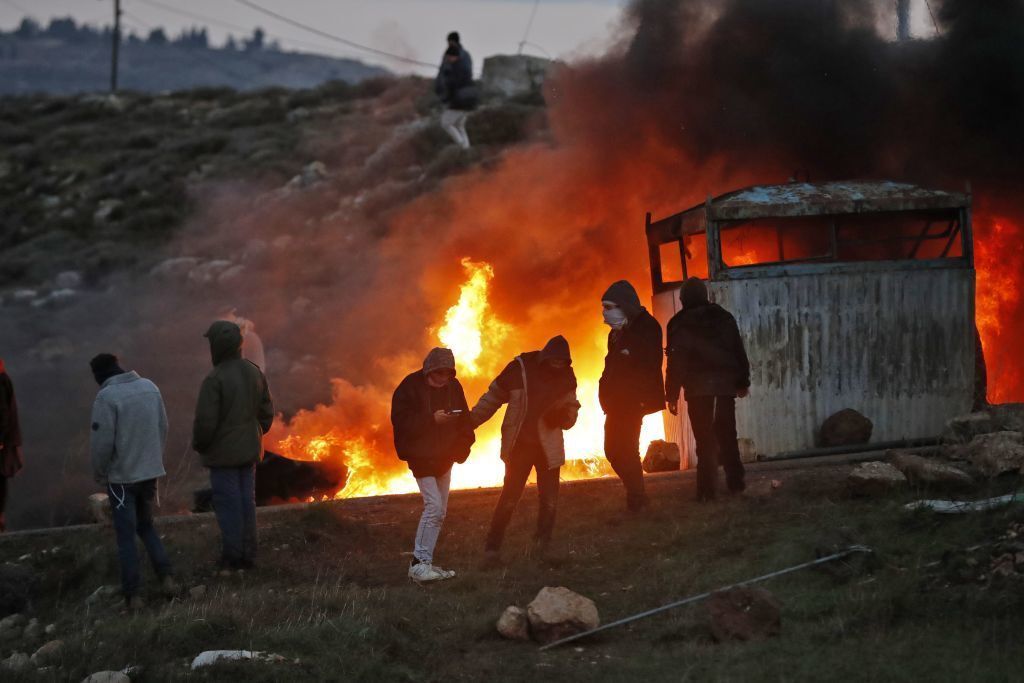 There's been a clear uptick in the rate of settlement approval since Donald Trump was sworn in as U.S. president less than two weeks ago — and Trump is expected to be supportive of settlement expansion. Last week, Israel announced that it planned to build 2,500 more homes for Jewish settlers in the West Bank. Before that, it approved permits for 560 units in East Jerusalem.

Settlements are seen as an obstacle to peace, an impediment to any future two-state deal, and are widely condemned by Palestinians and by the international community.

Israel Says It Will Build 2,500 New Settlement Homes In The West Bank

There are many types of settlements — some are essentially large towns approved by the Israeli government, while others such as Amona, where the evacuation operation began midday Wednesday, are outposts built without government approval.

Israel's Supreme Court ruled in 2014 that Amona, located near the Palestinian city of Ramallah, "was built on private Palestinian land and must be demolished," The Associated Press writes. "It set Feb. 8 as the final date for it to be destroyed."

"On Tuesday, the Israeli army ordered residents to leave the outpost within 48 hours," Haaretz reports. Today, police climbed the hill to initiate the operation, setting off a tense standoff and skirmishes with settlers and their supporters.

Joanna Kakissis, reporting for NPR, was at Amona and this is what she saw:

"Many of the protesters traveled from other towns to prevent the evacuation of some forty families who have built their homes on this hilltop.

"They burned tires, slicked the roads with oil and helped families barricade themselves inside their homes.

"Ayelet Vidal, a 35-year-old book editor and mother of four, sipped tea near her bookshelf. She said she'd stay until security forces physically carried her out." 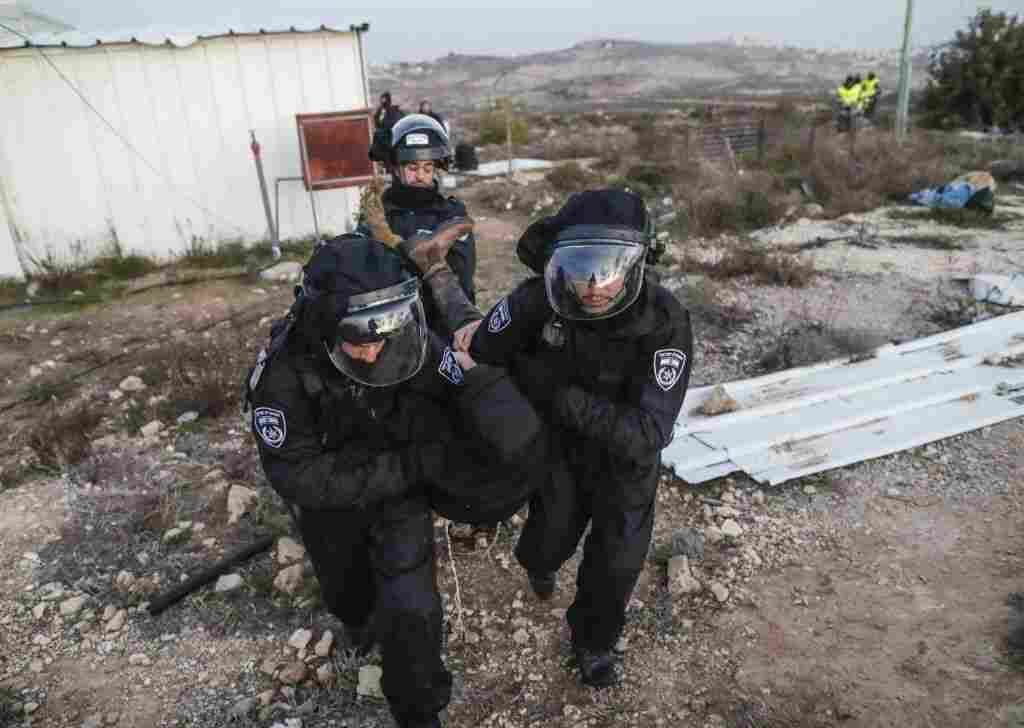 Israeli security forces carry away a settler as they evacuate hard-line residents from the Amona outpost in the West Bank on Wednesday. Thomas Coex /AFP/Getty Images hide caption

Sixteen police officers and two civilians were injured in the melee, Haaretz says, adding that "evacuation efforts were expected to last through the night."

Yesh Din, an Israeli organization that fought against the illegal outpost in court, hailed the start of the operation in a post on Facebook. "We hope security forces and residents of the outpost will keep to a peaceful and non-violent evacuation of the outpost," it says. The group posted pictures of Palestinians who own the land, and said: "After being prevented from accessing their land for twenty years, they are waiting to return."

The evacuation of Amona has been repeatedly delayed. Israeli authorities likely wanted to avoid the sort of violent clashes that occurred there in 2006 when troops attempted to dismantle eight empty homes. As NPR reported at the time, more than 300 Israeli soldiers and settlers were injured in the ensuing violence.

Israel's parliament is also expected to receive legislation next week which would "retroactively legalise dozens of outposts," according to Reuters. Prime Minister Benjamin Netanyahu supports that proposed law, the wire service reports.

Israeli far-right hardliners are finding reasons to celebrate these days: "We have lost the battle over Amona but we are winning the campaign for the Land of Israel," tweeted Naftali Bennett, leader of the far-right Jewish Home Party, according to Reuters.

"We are in a new period in which life in Judea and Samaria are back on track," Defense Minster Avigdor Lieberman said in a statement, according to Haaretz. Judea and Samaria is the biblical name for the area that makes up the occupied West Bank.